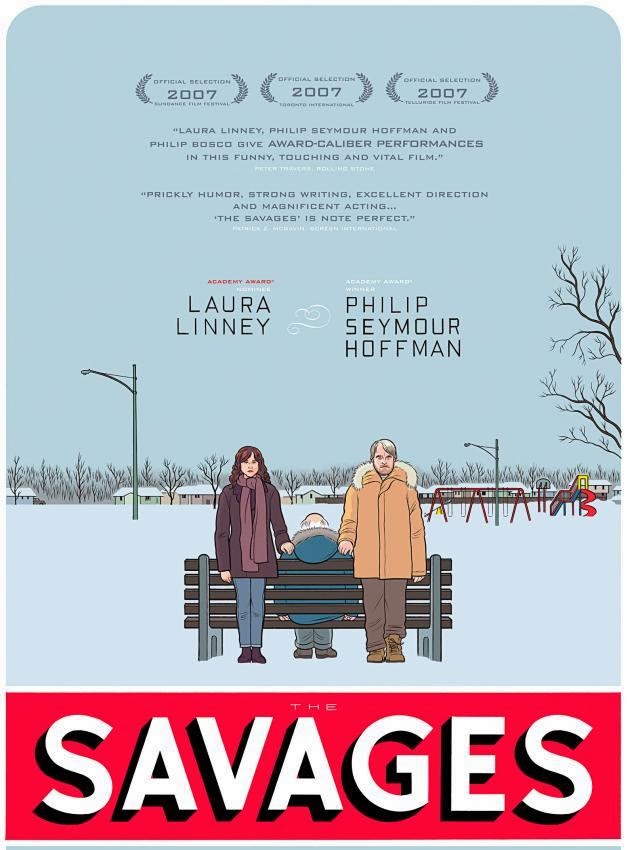 There are certain things in life people hate to deal themselves with. For example, taking care of one’s demented old father. So, if we can’t comprehend this situation in real life, we certainly don’t want seeing it in a movie or any other form of entertainment. Tamara Jenkins’ drama, “The Savages” (2007) deals with awkward family dynamics and pressures of life that won’t definitely leave you with a smile or hope. The difficulties in caring for elders is a subject that is prone to depression, however, the director has done it fearlessly with the right mix of black humor, without a shred of sentimentality.

Sun City, Arizona – a picturesque town and a supposed haven for retirees. Lenny Savage (Philip Bosco) is living here with his elderly girlfriend for 20 years. One day, she suddenly drops dead and Lenny’s two forty year olds children are called in to take care of the old man, who is suffering from dementia, has no money and acts out angrily in absurd attention-seeking ways. Wendy Savage (Laura Linney) is an unsuccessful New York playwright. He plays are semi-autobiographical. The plays are mostly about growing up with an abusive father and a mother who walks out on the children. Wendy keeps herself busy with temp jobs and has an affair with a married man, Larry (Peter Friedman). 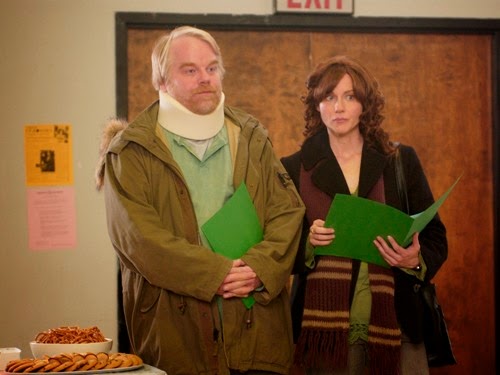 Jon Savage (Philip Seymour Hoffman) is professor of drama. He has been working on a book for a long time and is living with a Polish girlfriend, with whom he is afraid to make a strong commitment. The brother and sister have never has any kind of functional relationship with their father. They haven’t spoken with him for years and seem to carry deep emotional scars as a result of childhood mistreatment by Lenny. Wendy temporarily relocates to Jon's cluttered home and figures out to see what they can do to help a old man who doesn't know where he is or what has happened to him.

Films about grown up siblings are very rare, especially the one that deals with a brother-and-sister relationship. Tamara Jenkins’ script gets everything right about that estranged relationship: the unspoken bond and the rudeness they exhibit towards each other. Most of us would have gone through similar experiences in real life and it is true that most will ignore this re-living experience, but the script acts like a magnifying glass and crystallizes the damaging actions of characters. The siblings hate their father for what he had done to them, but still they feel guilty about that dislike in view of his present circumstances. Jenkins approaches nursing homes with mixed feelings, although the scene, where a male Nigerian nurse explains to Wendy about a sign of impending death is one of the film’s most touching scene. A viewer can also easily connect with the problems of main characters: Wendy’s professional and romantic life is running away from her, while, Jon is paralyzed with fear of risk-taking or commitment. 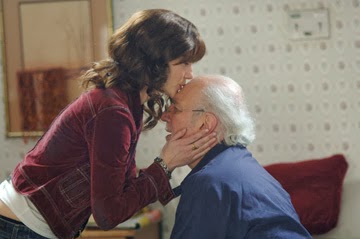 The savagery in the title isn’t open. It remains muted and is subtly exhibited only from what we read through Jon and Wendy's behaviors. The pathos of old age and the siblings’ guilt over parental decline is mostly dealt with a tinge of black humor, especially in the airplane aisle scene, where the old guy’s pants fall down to reveal a pair of disposable diapers, exposing publicly of his infirmity. As in most of character-driven movies, “Savages” story is elevated by excellent performances from Linney and Philip Seymour Hoffman. Linney’s energetic acting stands out as she conveys her inner turmoil, while trying hard to make everything right. Hoffman plays the sad sack character to perfection, making Jon receding into logic rather than emotion. The way they carry out their conversations makes us firmly believe that these two are brother and sister. Bosco is excellent as the pugnacious father. He shows a flash of life, here and there, but never tries to use the situation to tug our heartstrings.

“The Savages” might only appeal to those, who are not discomfited with themes of debilitation, death and emotional trauma, and by those who highly value the interactions between characters. It is a precise portrait of an estranged contemporary family, whose emotional maturity is much more satisfying.

Rated R for some sexuality and language
at February 05, 2014
Email ThisBlogThis!Share to TwitterShare to FacebookShare to Pinterest
Labels: Family Drama