Korean New Wave of cinema swept across rest of the world from later 90’s and early 2000’s. It was the most defining era of the Korean cinema, which created and popularized the romance genre and thriller/mystery genre. Kim Ki-duk, Chan-Wook Park, Joon-ho Bong, Kim Jee-Woon, John H. Lee were some of the directors, who made a paradigm shift in the region. Before the new wave, Korean romances (Asian romances in general) always had a bad rap: either it was filled with perversity or was filled up with saccharine. It ignored the simple pleasures of love. But, these movies, I mentioned here, spent the time with man’s inner most innocent child and explored the true nature of love. They also had the guts to wander over the dark side of love. The list is solely based only on my viewing experience. This is not the quintessential list about Korean romance. And, if you had your own favorite ones (the ones I missed out), please mention it in the comments section 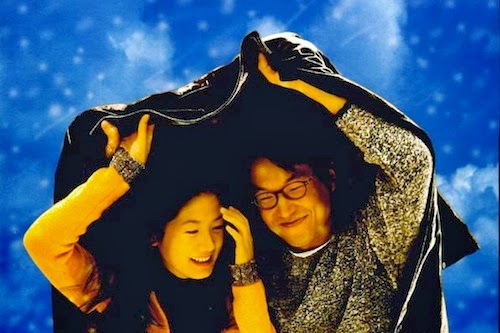 Jung-Won runs a small photo studio in Seoul. He goes about his daily routine, facing the fussing of various kinds of customers. The mid 30’s protagonist, one day, finds out that he has terminal disease and surprisingly accepts his fate, only until the chance meeting of Darim, an employee at the Traffic Control Division of the local district office. She is a frequent customer with picture of parking violators and a sublime relationship gradually starts between them. There is not much of an original story here, but its subtleness and the awkward silences make it much more interesting and touching. 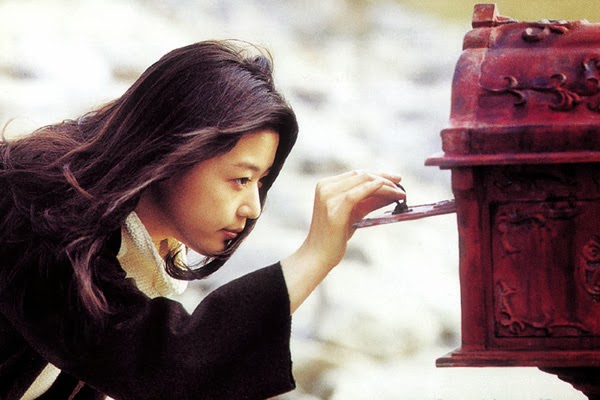 Sung-hyun, an architect, in 1997, inherits a sea side house from his departed father. Eun-Joo, a struggling voice-actor moves out of her seaside house. It is 1999 and she leaves behind a Christmas card for the newcomer. Sung-Hyun finds Christmas card from Eun-Joo and thinks of it as a joke and leaves a letter inside telling her that it is 1997, not 1999. After letter exchanges, they realize that they are separated by two years of time but can somehow communicate through the same mailbox and gradually begin a friendship through their letters. The facial expressions, minimal dialogues and slowly unfolding twists stay buried in our hearts in a touching manner. The overly beautiful atmospheres add to the fantasy aspect of this romance. 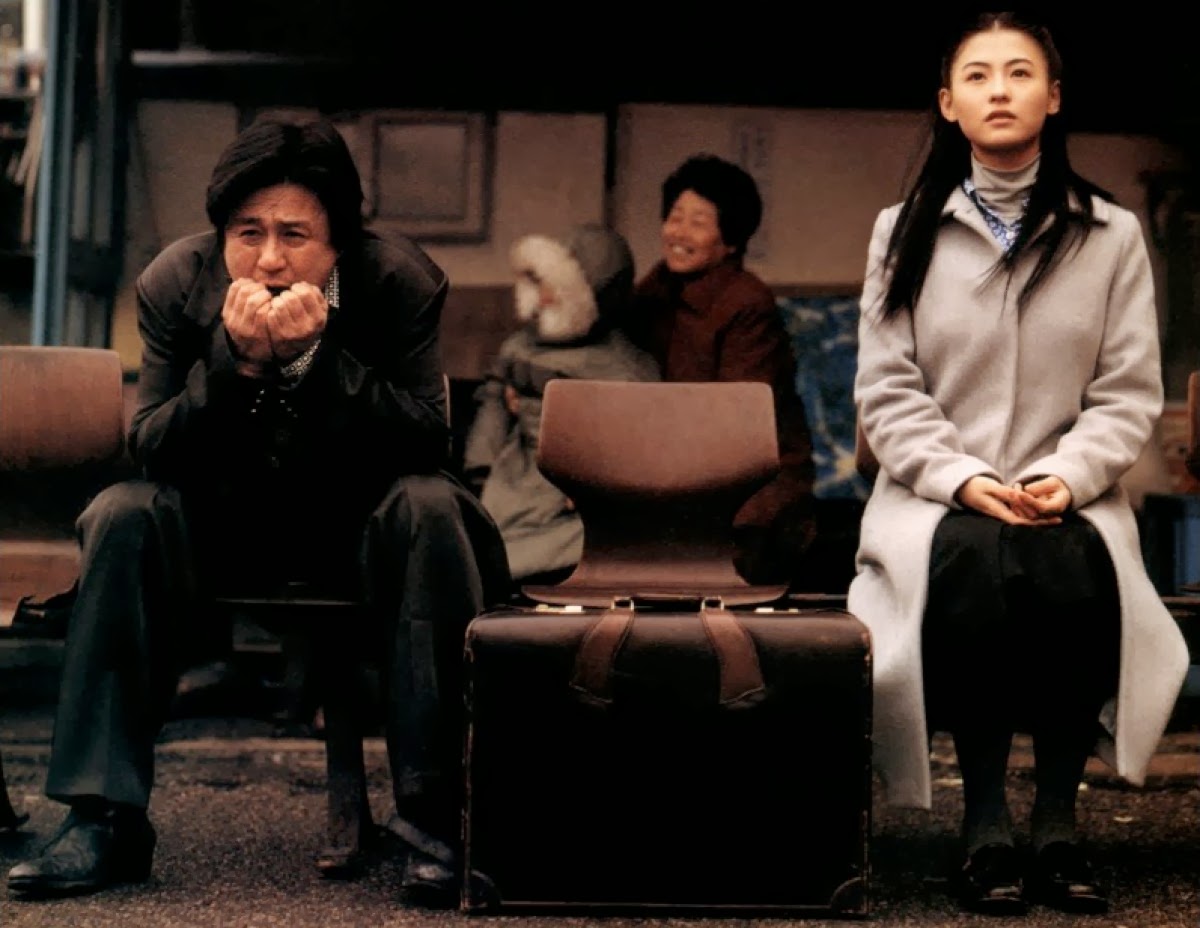 Korean powerhouse performer Min-sik Choi (“Oldboy”, “I Saw the Devil”) plays as a washed-up, third-rate gangster named Kang-jae in “Failan.” Over the years, his status among fellow gangsters has diminished. Failan, after her parents’ demise, arrives to Korea to live with her relatives. Unfortunately, they all have immigrated to Canada and is forced to marry a stranger, in order to stay. She marries Kang-jae and he does it for money. Both move on with their life. The story, shown side by side (at different time periods) reveals the faint love, both of them had for each other. The letters of Failan shows the real love and is sure to break the viewers’ heart. 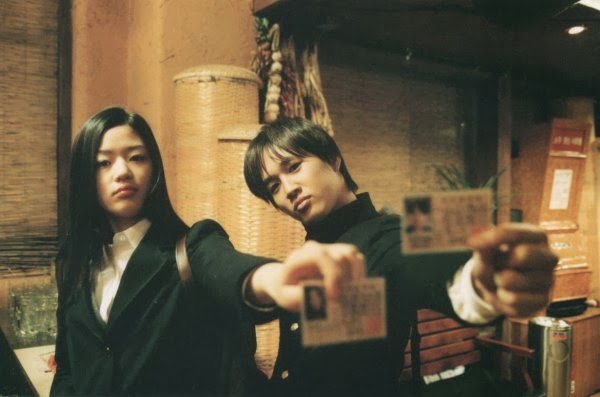 This ground-breaking romantic comedy subverted all the clichés of this genre, and that too with a story, very common. It is basically a boy-meets-girl story, but the tomfoolery and unconventional scenarios these two drum up is beyond words. The chemistry between lead pairs Cha Tae-hyun and Jeon Ji-hyun is laughably amazing. The unconventional romance looks more realistic than some other movies. The struggle their relationship takes keeps viewers on the edge of their seats, anticipating how Sassy Girl's destiny will work out in the end.
Please avoid the schmaltzy American remake. 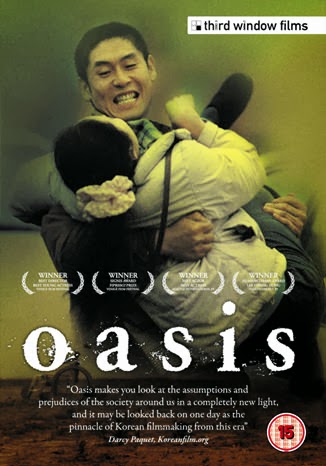 Lee Chang-dong’s Oasis conjures up a love story that collides very well with the life in Seoul. An ex-convict falls in love with a woman, who is affected by cerebral palsy – both abandoned by their families. The heartfelt love between the two main characters concentrates on telling the story as it needs to be told rather than staying away from taboo subjects, fearing of viewers’ reactions. There is one uncomfortable scene, which might scare away the conventional romantic movie lovers. Nonetheless, it is a love story that forces us to consider our preconceptions and prejudices about societal misfits. 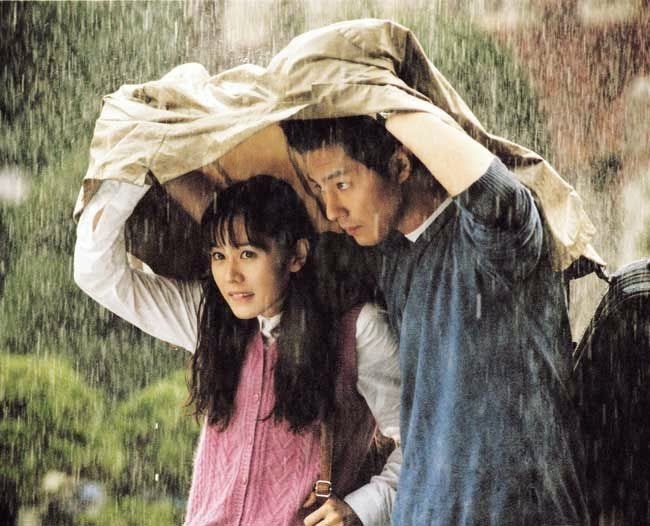 This Korean romance tells a set of love stories, happens across two generations. College friends Ji-hae and Soo-kyung both like a boy in their theatre class named Sang-min. Soo-kyoung, asks Ji- hae to write a love letter to Sang-min. Ji-hae pours out her own feelings for him on paper, but sadly in her friend's name. However, as fate would have it, Sang-min and Ji-hae keep bumping into each other. The other love story is about Ji-hae’s mom, who keeps memorabilia of her first love. The acting is terrific. The film is quite unique in dealing with the themes of love, loss and destiny. 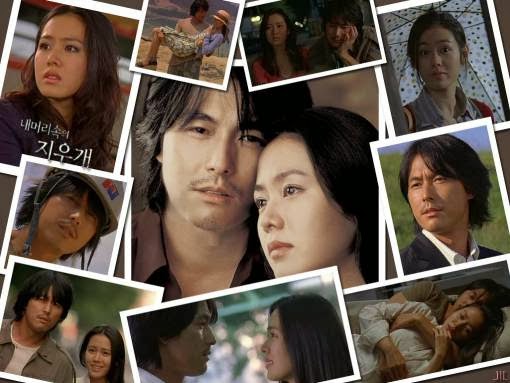 This engaging, glossy melodrama is about a 27 year old fashion designer, Kim Su-Jin, who begins to suffer from Alzheimer’s disease – the one which slowly damages her memory. Her husband, Chul-Soo agonizes over his wife’s painful ordeal and tries to capture a perfect and lasting moment of their love. This weepie romance story is handled with the right amount of balance, without getting into the syrupy romance. The film takes its time to carefully develop the characters and foreshadows what is to come. An unbelievable situation, but asks haunting questions about a love without any memories. 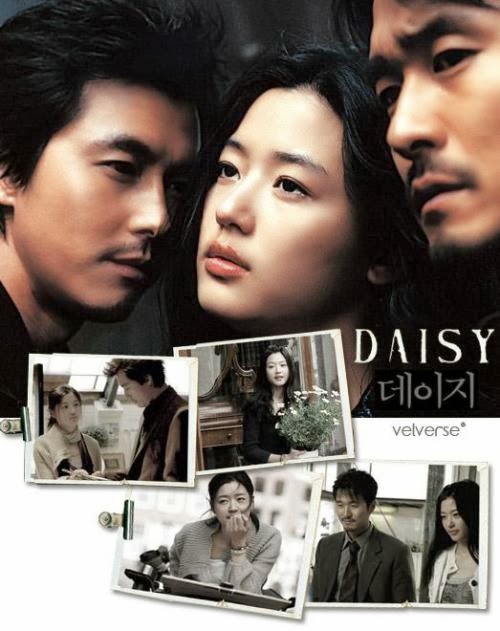 The story unfolds in Amsterdam and is set around a young naïve Korean artist girl, Hye-Young, who spends her life working in her grandfather’s antique shop and doing portraits for tourists. One day, she receives flowers from a secret admirer, whom she thinks to be Jeong-Woo -- an Interpol agent tracking Asian criminals in the Netherlands. However, the flowers are sent by Park Yi, an assassin. This triangular, face-off love story has an idealized notion of love, which seems to hold amazing sway over everyone. Nonetheless, the movie possesses a startlingly mundane script, which spells out everything for a viewer. It also plays certain scenes to gain heart-rending emotional effect. 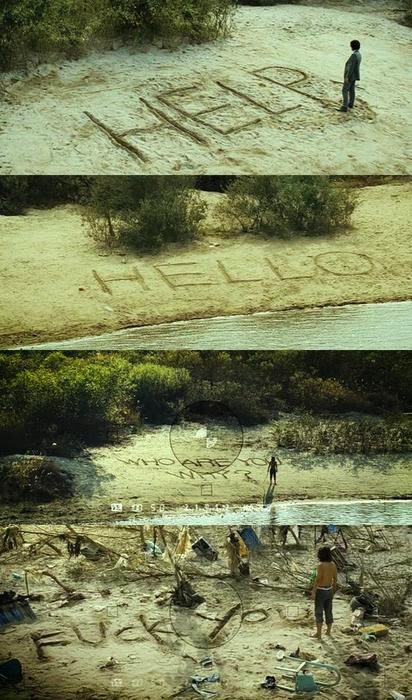 This offbeat romantic drama is about a man named Kim, who jumps into the quiet, dark waters of Han River. Why did he jump? Well, he has enormous amount of debt and suffers from loneliness, ever since his girlfriend dumped him. But, this suicide attempt doesn’t result in his demise. He wakes to find himself in a tiny island along the river and the cruel fact is, he is amidst all the urban chaos – like highway noises and apartment buildings – but no one sees him, except for a young woman with a camera, who lives in her room, closed off from the real world. This film witnesses the intersection of two eccentric characters and is mostly an allegory to all this urban isolation. It doesn’t have any typical romantic element, but in a nuanced manner, details our need for human connection. 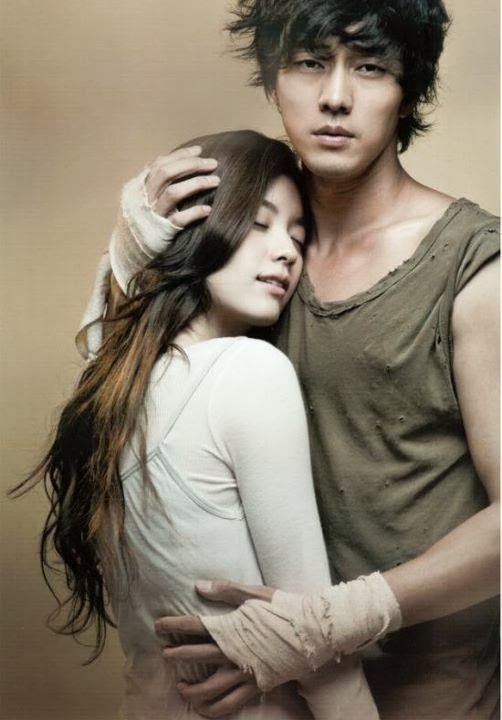 Serious sentimental romantic drama “Always” embraces all the clichéd tropes, but is very well stitched together and helped by low-key performances. The love story is centered between ex-boxer Chul-min and telemarketer Jung-hwa. He is a recluse and she remains spirited despite slowly losing her vision. As usual, their fate intertwines, a relationship blooms and a hope for better life starts.

I have loved 'A moment to remember', 'Daisy', 'Christmas in August', and 'My Sassy Girl'.... And the story of Il Mare seems like that of Lake House- 2006 english movie...You didn't include '100 days with Mr.Arrogant', 'My Little Bride' and 'A Millionaire's First Love'...these are awesome one's too..

@ Pratikshya Mishra, thanks for the comment. Il Mare was remade into Lake House. I haven't seen the three movies you have mentioned. Will watch those too.

My favorites are a millionaire's first love and 100 days with Mr. Arrogant. I really loved these two movies.

I have watched most of the films on your wonderful list. I've seen A moment to Remember and Always, for God knows how many times. You might want to check out these films also:

A Werewolf Boy
Maundy Thursday
Love Phobia
Under the Hawthorn Tree (ooops, this is a Chinese film, but worth the watch)

As a beginner fan of korean cinema I don't have a wide range of moves to recommend. Nevertheless, I will agree with some of the above recommendations about:
"My Little Bride" (a cute and, t times, really funny romance)
"A Millionaire's First Love" (quite the melodrama that koreans seem to love so much)
"Maundy Thursday" (a melo as well)
"The Duelist" (the plot is far from romance, but the moments between the 'duo' are really poetic)
"M" (quite the surreal plot)
"I'm a cyborg but That's OK" (very sweet and touching)
"Love on Air" aka "Wonderful Radio" (mainstream enjoyable romance, but not one of my best 10)

"Always" is one of my favourites;
and in case you haven'tnoticed yet, yes i'm a fan of Kang Dong-won :P and would like to take a glimpse on "Camellia" but can't find it :(

Maybe in another post I'd suggest some japanese and chinese movies worth watching.

@ Artemisa, Thanks for those fine recommendations. Only recently I watched M and Kamelia. Both movies were good.

Excellent post!!! I have learnt many things form here. I have also website where you can ivsit and pass your leasure time. In everyone’s life, at some time, our inner fire goes out. It is then burst into flame by an encounter with another human being. We should all be thankful for those people who rekindle the inner spirit. To get more information, visit here……………
romantic love

i like your web design and your articles too .
the top ten articles on your site are good and knowledgeable

"The Classic" is the best love story. I never seen such a movie.