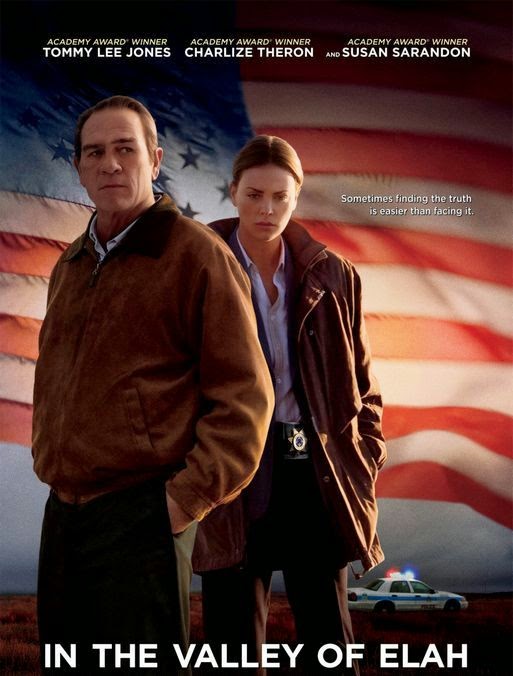 Paul Haggis is a fine American film-maker. He has written screenplays for critically acclaimed “Million Dollar Baby”, “Letters from Iwo Jima”. His sophomore directorial venture “Crash” (2004) reaped three Oscars (including Best Picture) and drawn mixed feelings among critics and American audiences. On one hand, Haggis’ “Crash” was hailed for interweaving a powerful message about racism, whereas the others accused Haggis for giving a short-sighted, blatant message on tolerance. Yeah, I too felt that Haggis often waves that message flag in front of our face, and his one-note characters also didn’t provide much nuance. In the recent years, Haggis has involved himself with pretty forgettable projects like “The Next Three Days”, “Third Person”. But, Haggis looked like a more mature film-maker with his psychological drama “In the Valley of Elah” (2007). Despite an Oscar-laden cast, it’s neither the regular award-baiting, ‘patriotic’ American movie nor a tawdry anti-war manifesto.

“In the Valley of Elah” was based on American journalist and writer, Mark Boal’s factual article “Death and Dishonor”. Although the story outline resembles a murder mystery, it is a composite study on the psychological effects of war on the American soldiers. The movie’s subject also gains enough prominence because of the central, taciturn style of performance from Tommy Lee Jones. The film starts with Hank Deerfield (Lee Jones), a former military police, receiving a phone call from a military base in Mew Mexico. The caller informs him that his son, Mike (Jonathan Tucker) has gone AWOL after a tour of duty in Iraq. It’s distressing news for Hank because he didn’t even know that Mike is back from Iraq. Although Hank doesn’t seem like a very communicative dad, Mike seems to have regularly sent his dad e-mails or photographs. 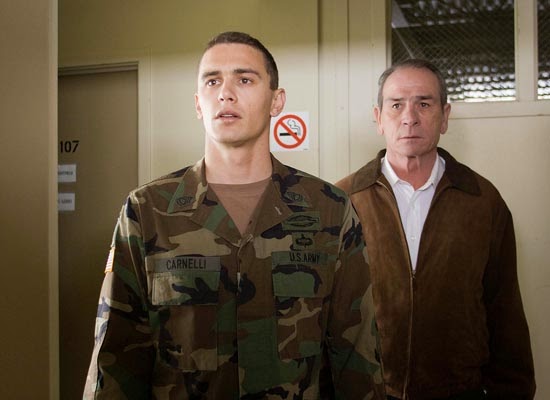 Hank leaves behind his distraught wife (Susan Sarandon) at home and drives to military base. On his journey, he sees the American flag hoisted upside down. He calls the janitor and says, “Do you know what it means when a flag flies upside down? It’s an international distress signal. It means we’re in a whole lot of trouble so come save our asses ‘cause we ain’t got a prayer in hell of saving it ourselves”. At that point, we could guess, at least Hank’s life is on the path of distress. Few days later, Hank receives news about his son, whose body was found in a field near the military base (stabbed 42 times), burned and dismembered. Although the local police finds the body, they are happy to give it to Army investigators when they come waving the words ‘jurisdictional authority’. 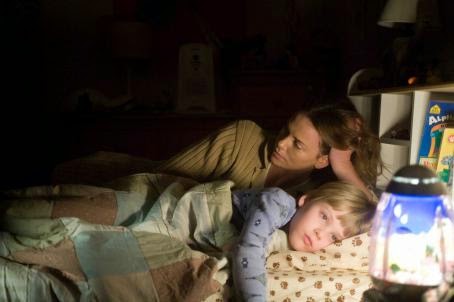 The truth neither side gives a damn, except for detective and single mother Emily Sanders (Charlize Theron), who is persecuted by her peers for being a female. As a mother she feels empathy towards Hank’s situation and finds enough clues to prove that the murder of Mike has happened in their jurisdiction. The military hands back the case, even though they seem to be concealing something. Emily and Hank trudges through red-herrings and misdirections to find the truth behind Mike’s death. In the tumultuous investigation, Hank also gets to know what war did to his son.

There are investigative scenes that echo CSI episodes and there is an alleyway chase of a criminal that doesn’t belong to this movie, but to a large extent, Haggis has weaved the script with subtlety and hasn’t been manipulative in contriving the emotional scenes. When Hank speaking to his wife through phone about his son’s death, you don’t see her wailing and thrashing except when she says, “Both of my boys Hank! You could’ve left me one”. But, then you see a top-angle shot where the phone is on the ground, the table toppled, and there are items scattered around the place. So, here Haggis instead of walking us through the regular emotions of bereaved mother, he provides glimpses into the character’s past and their nature (“Living in this house, he never could’ve felt like a man if he hadn’t gone” (to army)). Haggis and Tommy Jones wonderfully stages the way in which Hank would handle his son’s death. As Hank knows the practices of military, he easily judges what news waits for him when he is a greeted by a soldier in his motel room. Such nuanced reactions are what make this a quiet engrossing film. 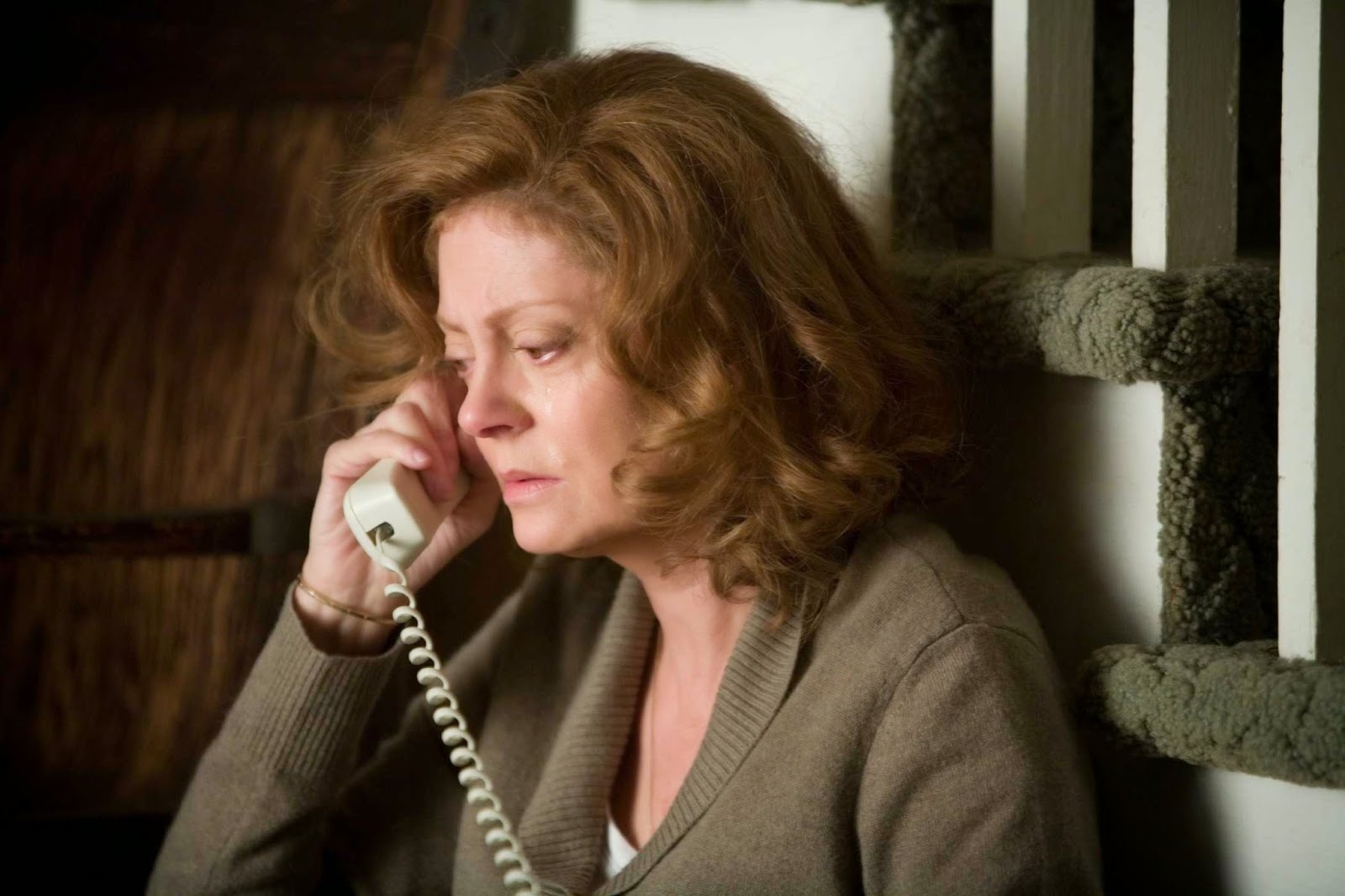 The title and central theme runs around the story of David taking down (with slingshot) Goliath in the valley of Elah. But, here the tactics of the king by sending a little boy David into battle is questioned. The Davids represent the inexperienced, young American soldiers fighting American’s government devised ‘war on terror’. The Goliath here is not the Iraqis, but the government itself which creates such hostile situation and pushes the soldiers to bring a false sense of peace. Half-way through the movie, Hank tells the David/Goliath story to Emily’s son and we could easily draw comparisons to the present situation. But, once again Haggis doesn’t harshly wave the allegory into our faces. If there is one overly dramatic gesture, then it must be Hank’s final action, which is sort of a political sermon, but apart from that the film remains thoroughly effective. 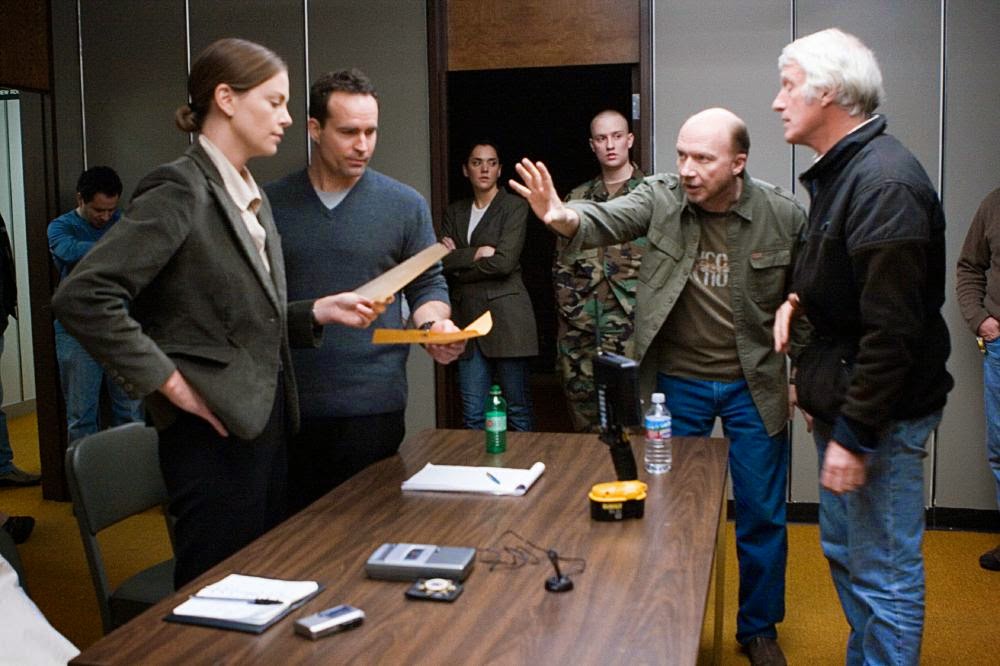 The performances mostly stay true to the characterizations. Eventually, Hank doesn’t preach that ‘war is hell’ because as a military man he wouldn’t denounce what he had done in his past years. He is only bereaved by the way soldiers’ psyches are scarred. The movie could be perfectly called as a subtle exploration of war-induced trauma (although the word is never mentioned) rather than an ‘anti-Iraqi War story’. Trauma hovers around the soldiers’ eyes in each of their interactions, and that itself provides a clue to Mike’s death. For those, who view the film as a murder/mystery, the final twist may seem very simple, but I felt it was formulated impeccably. You are confused why Mike would be pissed off and fight with his fellow soldier (and meet his death), when the guy says ‘what a good driver Mike is’. Later, you get to know what the ‘driver’ comment really means, and why Mike is enraged. These subtle enlightening moments plus the whole mystery is built to ask ‘why’; not ‘who’. It’s an onerous question because no one, including the killers, is depicted as a monster. So, unlike the ‘so-called’ patriotic progaganda films like “Black Hawk Down”, “The Kingdom”, “Lone Survivor”, or the recent “American Sniper”, Haggis remains apolitical.

The movie’s powerhouse themes would have withered away quickly if not for Tommy Jones’ unforgettable performance (he was aced in the Oscars by Daniel Day Lewis’ towering performance in “There will be Blood”). The quiet, reserved, and emotionally scarred character is quite with in the range of Tommy’s roles, but he infuses a lot of nuances into ex-M.P. Hank, especially in the way he shines his shoes in the morning or the way he follows his instincts. Charlize Theron as the pestered detective plays her role with enough depth. She remains empathetic to Hank’s plight rather than being pitiful.

“In the Valley of Elah” (121 minutes) is a compassionate and thoughtful look at the ravages of war on the soldiers’ psyche. It doesn’t come off with the regular American patriotic or anti-war sermons.

In the Valley of Elah -- IMDb
at February 26, 2015
Email ThisBlogThis!Share to TwitterShare to FacebookShare to Pinterest
Labels: Hard-Hitting Movies, Social Drama, Thriller