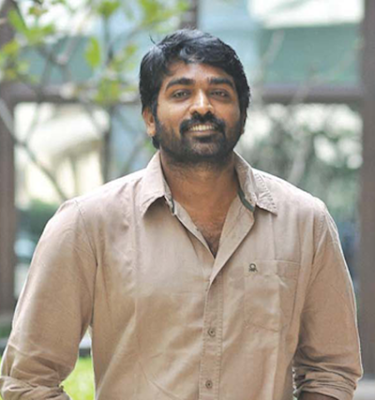 Acclaimed movie critic Mr. Baradwaj Rangan finishes his review of “Soodhu Kavvum” with this sentence: “Vijay Sethupathi was welcomed in his first scene with cheers and claps usually reserved for mass heroes making their entry. It’s the sweetest sound I’ve heard in years”. How beautifully the critic articulates the same feeling I had, when I watched that film first day in a local theater, with a housefull crowd. The rise and presence of promising actor Vijay Sethupathi in Tamil Cinema is really the sweetest phenomenon this film industry has come across in recent times. He continues to be the poster boy for brave, distinct little Tamil movies which truly entertained as opposed to the bland, formula-plagued films from the alleged ‘stars’. He is also an inspiration for people aspiring to achieve in film-making industry. Hailing from a middle-class background, with no external influences to get movie role, Mr. Vijay Sethupathi have advanced only through sheer hardwork.

He once said in an interview that he is a below average student with zero interest in sports. He did little jobs and held onto the opportunity to work as accountant in Dubai. He is also said to have delved into the interior decoration, modular kitchen business. This kind of juggling through jobs could be pretty much related by us, the average job-holders. But, once Vijay Sethupathi set his sights with film acting (he did roles in television serials), he gave 100 percent to his role (even his short film performances won numerous awards) and often did characters that brought out his idiosyncratic acting talents rather than simply make an transformation to be a regular Tamil movie actor. He stood as an ‘extra’ in actor Vijay’s celebrated commercial hit “Ghilli”, talked a little as one of the goon in Selvaraghavan’s phenomenal gangster film “Pudhupettai” and then went on to do other blink-and-miss roles in “Lee”, “Vennila Kabadi Kuzhu”, “Naan Mahaan Alla” (in a ‘Times of India’ interview, Sethupathi noted that he was even rejected many times for the role of junior artist). In 2011, he got his biggest break to play one of the central roles in Seenu Ramasamy’s “Thenmerku Paruvakaatru”. His acting prowess weren’t fully used in that film (or may be it’s just a regular protagonist role) and later despicably misused in Sasi Kumar “Sundarapandian” (a big commercial hit, although I despise this film). Two films in 2012 and one in 2013, made by debutant directors and producers showcased his one-of-the-kind acting talent, which was so different from the surface acting style (or should I say overacting?) of Indian star actors. Here are my five favorite roles in Mr. Sethupathi’s thriving acting career: 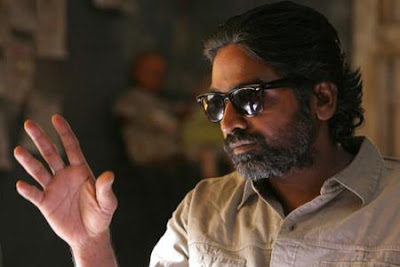 Karthik Subburaj’s directorial debut seemed a little erratic and not as crafty after the final twist. However, Vijay Sethupathi’s performance masquerades the narrative flaws. His vacant stares, fearful expressions and cool-headed plans hinted at his rich versatile acting style.

In Biju Viswanth’s bittersweet drama, Vijay Sethupathi played an isolated 55 year old man named Kailasam, vying for a journey or at least a human connection. Sethupathi also produced and co-wrote this 100 minute film, which wonderfully stays away from heightened melodrama or didactic. At first look, it seemed it would be fitting for a real fifty plus actor to play the part (actor Jaya Prakash was first announced to play the role), but Vijay Sethupathi glided through the role, hitting all the right notes. The characters’ haunting silence and humorous badgering were well etched out. Touted as an experimental film, “Orange Mittai” was a commercial disaster, but this is a very good attempt. A gem among the array of soulless Tamil films that was more interested in messages and less in film form.

Karthik Subburaj’s hard-hitting and a tad melodramatic film about arrogant men and afflicted women made me wonder in the first-half, on why Vijay Sethupathi’s character is under-written as director/actor Sj Suryah ruled every scene he was in. As one could expect in a Karthik’s script, the second-half narrative took a different direction and concentrated entirely on the subdued, profound emotions of Sethupathi’s short-tempered character Michael. By accepting to do the role of an imperfect, doubtful personality, Sethupathi once again proved that he isn’t much interested in the superficial thing called ‘on-screen image’. As I mentioned, the film has its flaws, but the performance and Karthik’s visual language are wondrous. Just remember how the elegant performance of Sethupathi and Sj Suryah is staged in the sequence at the ‘playground’ (towards the ending). 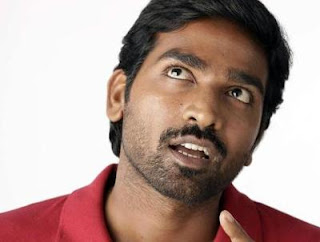 “Enna Achu” (what happened?). Vijay Sethupathi and his marvelous modulation had turned this simple Tamil word into one of very popular movie dialogue. Balaji Tharaneetharan’s comedy entertainer has a simple plot: Sethupathi’s Prem two days before his marriage casually plays cricket with friends. He falls down while catching the ball and gets a minor injury in his head. He quickly gets back on feet, but to his friends’ dismay, Prem only remembers the events that led to his injury and forgets the past 2 years of life. He keeps on repeating the same phrase that starts with ‘Enna Achu’. Made on a shoestring budget, this off-beat entertainer is full of smart dialogues. Sethupathi’s terrific timing never makes us get irritated by the character’s recurrent iteration of the same dialogue. Even those little pauses and bewildering looks provoke laughter from us.

Nalan Kumarasamy’s sharp black comedy is one of the best Tamil cinema made in the past decade. Its unprincipled characters and tone of cynicism aren’t the elements we often come across among the didactic main-stream films, hypocritically insisting on morality. Vijay Sethupathi’s nutty, aging small-time criminal Das is unarguably one of the most fascinating and funniest characters.  The dialogues are so down-to-earth and easy to relate (especially Ramesh Thilak’s splendid, humorous monologue on the society). The Das role was said to be not written for Sethupathi, but the way he slips into this role of quirky, smooth-talking kidnapper is magnificent to watch. I don’t know how this fares when non-Tamil viewers watches it with English subtitles because the laughs wholly relies on Sethupathi’s (and Rames Thilak and Bobby Simha) impeccable comic timing.

This dark comedy had three narrative strands and except for Vijay Sethupathi’s “Sumar Moonji” Kumar’s character, the other parts didn’t much interest me. Once again his comic dialogue delivery provides an immense entertainment, while the narrative becomes tedious in his absence. This is also the regular kind of Tamil film that makes up a bland message towards the very end.


With Seenu Ramasamy’s upcoming “Idam Porul Yaeval” and ‘Kaaka Muttai’ fame Manikandan’s “Aandavan Kattalai”, Vijay Sethupathi seems to have chosen sensible projects. I hope that in the next five years, he works together with many other talented Tamil film-makers.

Thiagarajan Kumararaja, the man who made 'Aaranya Kandam' a neo noir gangster drama in Tamil, is coming back with his second movie 'Super Deluxe' --earlier titled 'Aneethi Kathaigal'. The director has shared the first look of Vijay Sethupathi from the film on his social media page, and it is bound to get fans talking.