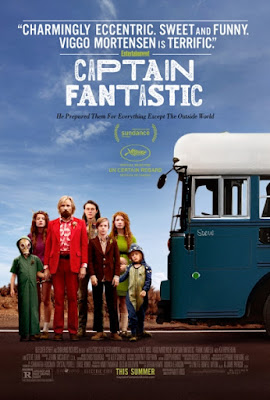 There’s something authoritarian & very imposing about actor/director Matt Ross’ movie title “Captain Fantastic” (2016), which is actually about a freethinker named Ben Cash. This guy likes to celebrate the birthday of humanitarian Noam Chomsky than the birthday of a fictitious God (in the name of Christmas). ‘Stick it to the Man’ is his motto and he is well-trained to survive in the wilderness. But what makes him an imposing figure, despite proposing undogmatic behavior, is Ben’s role of single father. He lives with his six kids – ranging from age 5 to 17 – whom he and his ailing wife wanted to save from the American oligarchy. The children are the attractive, superb smart, strongly built ones among the other obese, x-box playing kids, whose response to anything is limited to ‘whatever’. Ben wants his children to be independent, to think for themselves (which means he had made them immerse themselves in books and not passively stare at phone or computer screens). Nevertheless, he has the insecure feeling every parent has, wondering how his unique kids will survive on their own. It gives Ben the authoritative shade. And this inherent conflict is what infuses the soul & energy to this meticulously constructed, feel-good American indie drama.

Ben (Viggo Mortensen) and Leslie (Trin Miller) rage against the degrading capitalist system which has provoked them to move into this alleged paradise. Leslie has been suffering from bi-polar disorder and hospitalized for some time. As expected, Ben’s heaven is Earth is threatened as the narrative progresses. It is hinted in the opening scene. A deer casually walks through the thick bushes and a boy, covered from head to toe in mud, grabs and slits the deer’s throat. Gradually, the other kids and Ben walks up to boy Bodevan (George McKay) – the eldest son – cuts up the deer’s insides to initiate the ritualized rite of passage. Bodevan has now become a man. The father could no more limit his son’s experiences. There’s something dreamy & shiny when the camera observes these people living in their idyllic life. A freewheeling innovation is evident in the way the family makes their food and has built their shelter. Their routine includes racing to mountain for exercise, hunting game, and reading around campfire. They all read & interpret on works ranging from quantum physics theories to Jared Diamond & Dostoevsky. Ben makes conversation on esoteric subjects and the children’s responses are perfect. A routine trip to nearby town brings the news of their mother’s death. Leslie has slit her wrists, in a fit of depression. 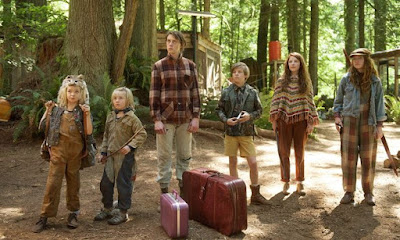 Ben wants to shield his children from this harsh system of the world, but he never lies to his children even to comfort them. He straightforwardly confides their mother is dead and has committed suicide. Leslie hails from a wealthy, conservative family and her father Jack (Frank Langella) threatens Ben with imprisonment, if he comes anywhere near the funeral procession. Leslie’s last will and testament requests for cremation because she followed Buddhism. The children are desperate to go for their mother’s funeral in a church (happens in five days). Ben utters a cheerful ‘fuck that’ to Jack’s threat and makes the journey in a VW bus camper. In the land of capitalist decadence, Ben conceives ‘Mission: Free the Food’, which is a detailed plan to make the children steal food from a supermarket. The journey makes the grown-up children to learn how they have no understanding about some basic social interactions. The eldest boy Bodevan awkwardly flirts with a sexy teenage girl, asking for her hand in marriage after a passionate kiss. They make a stop at the home of Ben’s sister-in-law Harper (Kathryn Hahn). Harper’s ‘normal’ family is appalled at Ben and how he raises his children. After proving the elegance of their lives, the free-thinkers reach for their destination. 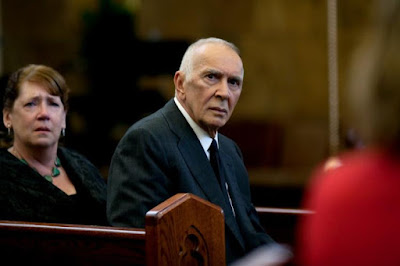 Your interest in “Captain Fantastic” depends on your views on child-rearing, politics. The left-leaning ones with fair amount of disgust for the annihilation, in the name of economic growth (guys like me) will instantly forge a connection with Matt Ross’ perspective. It doesn’t mean that I approve all of Ben’s schemes, but I am infused with a wide-eyed kid’s perspective when looking at the image of children reading books around a campfire. The otherworldliness quality I see in the film’s first few minutes had a magnetic effect on me. It is a realization of a personal ideology (even if it is highly glamorized). But does “Captain Fantastic” works on the whole? Or is it one of ‘the best’ films I have seen this year? Definitely not. Writer/director Matt Ross gets it right when he undermines his protagonist’s benevolent dictatorship. He pokes fun at Ben’s double standards through the scene when a police stops their bus and looks at them with a sense of bewilderment. Suddenly, Bodevan gets up and begins praising Jesus. The cop backs away from the fundamentalistic family (the exact opposite image of Ben Cash family). Ross also pulls us to connect with the family. The way he throws the ideologies are elegant at first; addressed issues are pushed through casual conversations. And, the children – MacKay, Annalise Basso, Shree Crooks, Samantha Isler, Charlie Shotwell and Nicholas Hamilton– deliver fantastic performances. Despite being precocious, they remain credulously wide-eyed during the journey. But, the narrative increasingly frustrated me in the third act as the fascinating idiosyncrasies are replaced with forced sentimentality.


Like “Little Miss Sunshine”, this film also broods on the topic of what it means to be a father and questions the value he infuses on his family. But, Matt Ross doesn’t cloak his characters with quirkiness, we found in Hoover’s family (in Little Miss Sunshine). Ben is both a narcissist and a loving father. He wants what’s best for his children, while also believes that he is the only one to know what’s best for them. He is free-spirited as well as a killjoy. He doesn’t realize that the inflexible mode of living he endorses is the very ideological thing he opposes. There’s a reference to Humbert, the central character in Nabokov’s controversial novel “Lolita”. The well-informed eldest daughter of Ben says ‘the character is so abusive and does despicable thing, yet she can’t stop empathize or feel sad for him’. May be, Ross wants us to feel the same. But I felt the (emotional) wounds Ben experiences for his rigid behavior lacks profundity. There’s an extended effort to make Ben live up to its movie title. The loss for us is that Ross never gets deep to look into the true cost of living a life one fiercely preaches (even if the whole society opposes it). We get a beautiful, soothing, wordless final shot, where Ben has arrived at some form of compromise, but it felt less resonating (more like a Hollywood ending). Even if we could overlook certain sentimentality attached with the narrative, the other flaw is the characters who oppose Ben’s ideology. We do nothing but scoff at Harper or Jack, who are either villainous or annoying. They are used like automatons to only make us feel bad for Ben (as always, there is some delight to watch Langella on-screen, although he is cursed with an under-written character). 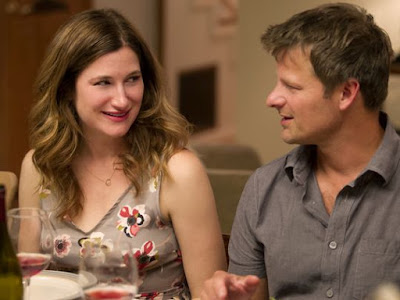 What lacks in the characterization is that nobody except Ben seems to have an inner life. The righteous anger of Rellian is solved over a little dialogue. Only words characterize them (especially the daughters). The visuals pass off the sense of urgency and are diffused with post-card precision. There were ample possibilities to make the cultural and personal clashes more profound or realistic. The dinner scene between Harper’s and Cash’s family was pretty entertaining, but the suburban family make up for such an easy target. We only end up seeing Harper as educated, dull white trash. Even the entertainment quotient wanes when Ben repeatedly makes his self-satisfying arguments against other dullards. These things undercut the efficiency we witness in the film’s early portions. Despite such contrivances and flaws, the most satisfying aspect of the film is its performances. Mortensen deserves all the lofty praises. He brings a lot of dramatic weight and nuance to his character, especially in the scenes where the staging and writing is flat.

The captivating, unorthodox ideologies and the endearing journey of Ben Cash’ family in “Captain Fantastic” (118 minutes) is absolutely entertaining. If only the narrative had leaned less towards sentimentality & melodrama, it could have been one of the best films of the year.