Little Women -- A Tale of Love, Self-Esteem and Moral Courage 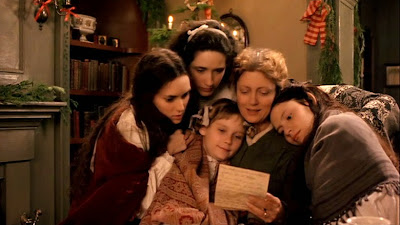 Gillian Armstrong is an intelligible Australian director. She belongs to the same generation of film-makers like Jane Campion (“The Piano”). She made an excellent movie named “My Brilliant Career” in 1979 about an outcast woman, who aspires to be a writer. In 1993, she and screen writer Robin Swicord made an attempt to adapt the 1868 novella, which was already made two times (in 1933 and 1949) and thought it could still register more pertinent meanings to contemporary women. The literary classic “Little Women” was written by Louisa May Alcott in 1868. The novella was largely considered as an autobiographical story and a sentimental girly story. The former part is true; however the later statement is an assumed one. “Little Women” (1994), directed by Gillian Armstrong and originally written by May Alcott is a wonderful epic tale about familial love, where men too play an important role. In fact, this movie is full of heartfelt emotion, without any of the Hollywood studio’s easy manipulation.

The 1868 novel takes place in Concord, Massachusetts, during and after the American Civil War. The film starts in 1864. Mr. March Orchard House is away, fighting at war. His wife, the matriarchal head of the family, Marmee (Susan Sarandon) takes care of the four independent daughters with differing temperaments. The eldest one is Meg (Trini Alvarado), a sophisticated girl and wants a wealthy man to marry her, but falls in love with a good-hearted tutor (Eric Stoltz). The next one is Jo (Winona Ryder), an imaginative and volatile girl. May Alcott, associate herself with this character.  Jo aspires to be a writer and churns out crime or melodramatic love stories. She also makes her sisters to participate in the plays. She is enchanted by a lonely boy next door named Laurie (Christian Bale). He also takes a liking to her. Laurie has a passion for music, while his rich grandfather wants him to take over his business. The compassionate Beth (Claire Danes) is the third one. She bravely faces sickly diseases and remains angelic even when she is confined to the bed. The wide-eyed, dreamy girl Amy (as a girl by Kirsten Dunst; as younger woman by Samantha Mathis) is the youngest one. The eccentric and charismatic girl becomes a more sedate lady as she studies art in Europe. The girls have an inseparable bond between them, even as time and fate plays with their lives. They all their own secret desires for fine dresses, money, pickled limes and other materialistic possessions, but their genial mother have taught them that moral courage and self-esteem is the valuable wealth one can possess. 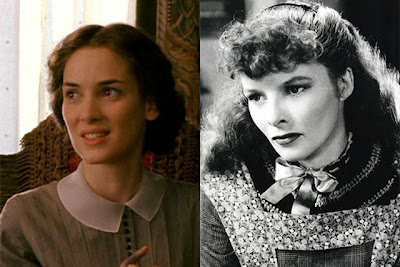 The 1933 George Cukor’s adaptation was blessed with Katherine Hepburn’s heartbreaking performance as Jo. Of the three versions, Hepburn and Winona Ryder gently power their role with an exuberant acting. Winona Ryder, like in Martin Scorsese’s “Age of Innocence” and “Reality Bites” successfully brings up a character on-screen, whose intelligence and toughness deeply masks emotional vulnerability. Armstrong’s inflected direction helps Ryder to effectively convey her restlessness. Susan Sarandon shines in a role, which is full of wisdom and kindness. Marmee is ahead of her times with feministic views. She encourages them to embrace liberty, while consistently reminding them to be a model of composure. Christian Bale – one of our generation’s great actor – suffered from some extremely weak performances in movies like “Newsies” and "Swing Kids.” So, his solid performance as Laurie made him once again a recognizable talent (after Spielberg’s “Empire of the Sun”). Claire Danes’s dry-eyed Beth is a little ineffectual character, but her acting might wring some tears, by the time when a viewer bids her farewell. The book itself has some hiccups: the sudden, unbelievable transformation of Amy and the thankless, underwritten role of Professor Bhaer (Gabriel Bryne). Since these are the non-autobiographical elements, one might find it odd or tedious. 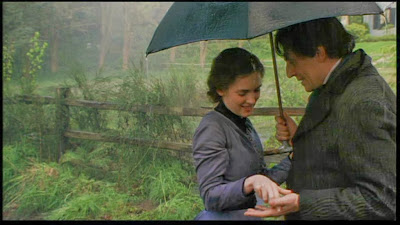 Director Armstrong paces her scene slowly and it is better in terms of emotional resonance. The slow pace doesn’t manipulate viewers for exhibiting sentiment. They are rather attracted by the integrity of the characters and were not unnaturally imposed by standard views. Through Jo, Robin Swicord makes us see the unfair world in which men are encouraged to pursue their dreams and be creative, whereas, women are advised to woo a wealthy man and expected to immerse herself into the domestic duties. The novelist vividly captures the various emotional dimensions of a family, where the members honor each others idiosyncrasies and rally together in times of need. Alcott subtly states that woman have a greater vision of what is right and wrong, and can ably handle anything the world (of men) throws at them.  In short she says Women are the soul center of a family.

“Little Women” is so engrossing, since it was made with an obvious affection for the original material. Some of the book’s views may be considered old-fashioned, but anyhow it’s a fine break to see a functional family on-screen rather than the heaps of movies about dysfunctional families.

“Feminine weaknesses and fainting spells are the direct result of our confining young girls to the house, bent over their needlework, and restrictive corsets.”

"Some books are so familiar reading them is like being home again."

Rated PG for some mild language

Though I haven't seen the movie but read the book. It's a sweet,soothing story.

This is one of my favorite films :)

You made me so enticed by your post that i left everything else and clicked on to watch movie online...

@ Maniparna Sengupta Majumder,thanks for the comment. I haven't read the book but I hope adaptation is true to the book.

@ Enchantress, thanks for taking the time to read and watch this wonderful movie. Keep visiting.