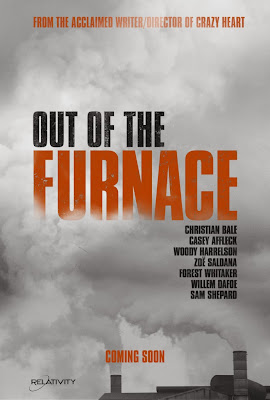 Director Scott Cooper made “Crazy Heart” in 2009, starring show-stealer Jeff Bridges in an Oscar winning performance. It was a story about lone-wolf country singer, which turned out to be one of its kind explorations of American masculinity. Now he is back with an unapologetically melodramatic tale, set in a rusted-out post-industrial America. Aptly named “Out of the Furnace” (2013), the movie shows smokestacks of old industry are exhaling their grey breaths and focuses on the spewed out soldiers, returning home. The film reverberates many of the themes from Michael Cimino’s post-Vietnam war drama, “The Deer Hunter (1978).”

The film is set in Braddock, Pennsylvania. It’s a typical small town, where generations of fathers and sons have worked at local steel mill factory. The job is mundane and highly unsatisfying but it pays enough to cover the monthly bills. Russell Baze (Christian Bale), the sunken-eyed protagonist works in this searing heat and cares for his aging father at home. But, the film actually opens with a menacing force called Harlen DeGroat (Woody Harrelson). The hillbilly gangster brutally beats his date and an innocent bystander at a drive-in theatre. That vile scene shows a guy, who is going to wreck lives around him. 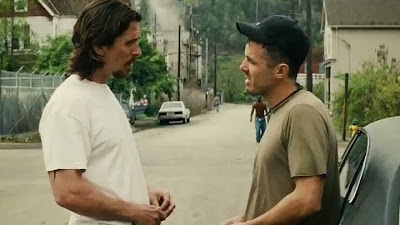 Russell’s younger brother Rodney Baze (Casey Affleck) hates to work at steel mills and so enlists in army and has served three tours of duty in Iraq. He is a damaged but a bright-spirited guy, who is looking forward to return to the battlefield. Rodney also likes to gamble. He borrows money from a bookie and local gangster John Petty (Willem Dafoe) and later loses the money in a horse race. Russell, who is living with his girlfriend Lena (Zoe Saldana) now, tries to clean up his brother’s messes. One day, Russell drinks heavily in a local bar and smashes his vehicle into a car backing out. Russell gets jail sentence for accidentally killing two people.

After getting released, he sees his girlfriend living with the town's sheriff Wesley Barnes (Forest Whitaker). His father is dead and the damaged Rodney participates in illegal bare-knuckle fights for cash, with Petty as his sponsor. Rodney looks for higher-stakes matches, which brings him in contact with an out-of-control Harlan. The treacherous plan of Harlan crumbles Russell’s life, who ultimately becomes a remnant of the once-thriving town. 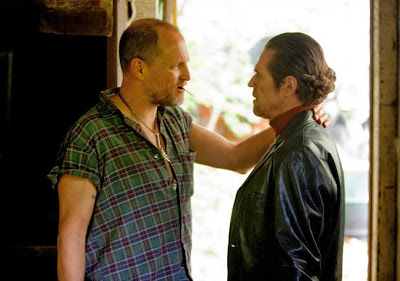 Director Cooper effortlessly drags a viewer into the Rust-coated town and cannily makes his visual imagery to do the talking. We see that Rodney is ex-military but we don’t know which war he is fighting. Later, we see news broadcast show in the background, where a guy endorses Obama's first election. Similarly, the accident which results in the imprisonment of Russell is unveiled through little series of shots. After the accident, Cooper directly cuts to Russell, shown toiling in a mill-like factory. But, he is actually working inside the prison. It implicitly depicts that Russell daily life has no big difference, whether behind bars or outside of them. The script written by Cooper and Brad Inglesby explores the shortcomings of a society, which hinders the rehabilitation of damned men. The dilapidated houses and drab industries and dirty fight clubs – the geographical truth – serves as the perfect backdrop to pursue the lives of men, who are constantly pushing themselves in search of catharsis and wealth. 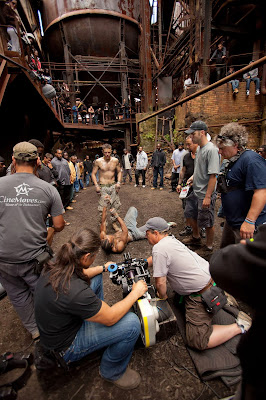 Cooper’s finale consists of a lengthy shot of crosscutting, which depicts the roles of predator and prey, but betrays the previous subtexts with an obvious manipulation. He relies on many archetypal plot devices but at the same time brings out the old-fashioned emotional sincerity from the characters. Cooper is blessed with a very strong cast and there’s not a single bad performance, although we get a feeling that the cast’s talents were not fully used. As an emotionally wounded soldier, Casey gives one of his career-best performances. Christian Bale’s non-showy master class acting heightens the sense of authenticity. Harrelson’s astute psychopath brings out an animal energy which majestically rises out of the sad barrooms and rusted factories. 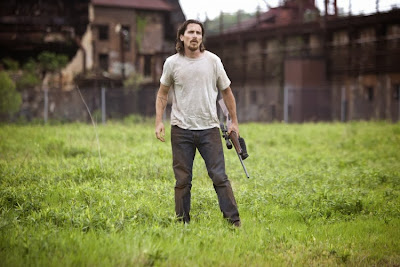 The storyline of “Out of the Furnace” (115 mins) is numbingly familiar, but its searing portrait of disenfranchised men brings in great pleasure and tension. The slow pace and inevitable bleakness may not be appreciated by all, but this exacting work might remain as a good sign of where Scott Cooper is headed.

Out of the Furnace -- IMDb

So much action! But the review has slightly piqued my interest!
Thanks for sharing! :)

great review. increased my anxiousness to grab a copy of it.