The Great Beauty -- A Cultural Journey Well Worth Experiencing 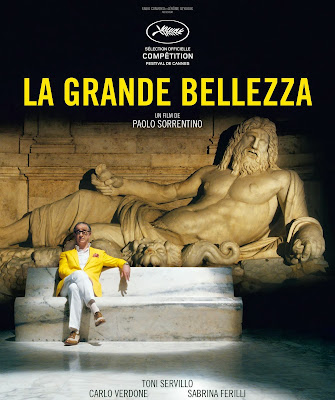 European film-makers often make movies that define itself self-consciously, and storms our senses with a mystical beauty. These films show the way of the contemporary people and becomes a part of film history in the process. The legendary Italian auteur Federico Fellini is known for making such social-fabric portraits. He romantically showed the tediousness among the sophisticated classes, who has the leisure to spend time with artifice and superficiality. He constantly took a plunge into Rome’s emotionally void chattering class. Between the fools’ parades and galvanizing melancholy, you can find the spiritual void and the slumbering state of intellectual paralysis. Like those five decade old Fellini’s masterpieces, Italy’s impressive contemporary director Paolo Sorrentino has conjured up a Roman sensualist named ‘Jep’, who walks us through the decadence of modern life, with minimal exaggeration.

Ten minutes after the starting of “The Great Beauty” (2013) – after the beautiful montages and fashion-show surrealism – we have the first glance at Jep Gambardella (Toni Servillo) (celebrating his 65th birthday). As he explains the big question, which was asked when he was young, one can feel that this guy has a lot of sensibility and expresses himself so good that he should be a writer. Jep is indeed a writer – an aging journalist -- whose one novel “The Human Apparatus” constantly agitates him about his unrealized promise. It’s been a long time since he received accolades for his novel; however, he now leads a wealthy life with a less challenging work. Jep lives in an attractive terrace opposite the Colosseum, in which he entertains the upper bourgeoisie people. 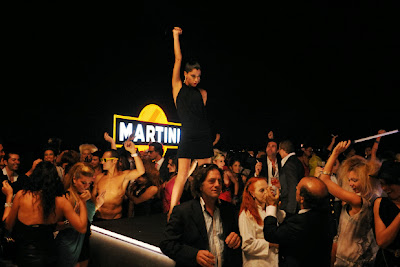 The people, who attend Jep’s parties, are mix of business associates, neurotic wives, washed up royals and wannabe authors. Jep himself wears an impeccably tailored suit and often rotates his cast of lovers. In short, Jep lives a life for which many of us would desire, but he looks exhausted by the all-night parties and art galleries. One day he learns about the death of his first love from her husband. They weep together and Jep remembers memories of a seaside idyll with the girl. As Jep wanders throughout the movie around Rome, these memories hover above him. Later, he bumps into a old friend, whose daughter Ramona (Sabrina Ferilli) is still stripping at an age of 42. He gets acquainted with her and drags her into high society overindulgences. All these experiences give half-awakens Jep from the dormant state. When a 104 year old Saint, Sister Maria (Sonia Gessner) visits him he eventually feels the spiritual awakening, the power of love and even the hunger for writing. 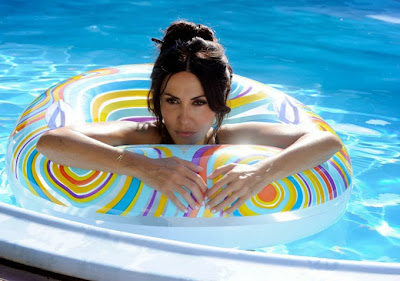 Sorrentino and his co-writer Umberto Contarello have perfectly created a portrait of a city and a suave man. "I didn't want to simply be a socialite; I wanted to become the king of socialites. And I succeeded. I didn't just want to attend parties. I wanted the power to make them fail." says Jep in a voice-over and it is visible -- from the first party set-piece of – how immensely he had succeeded, yet continuing to experience the pull of his accustomed world. Just like the whole country, Jep is in between the abundant riches of the past and an uncertain global future. Cynicism and humor are the inherent part of the script. Jep’s interviews – the loosely connected episodes of the movie – wades us through scammers, wastrels, aristo-narcissists and sad people conciliating with a ceremonial botox-injection party. The high-spirited buffoonery and self-possessed absurdity of these individuals are the laugh-out loud moments. Another humorous occasion is Jep’s meeting with the cardinal, who is rumored to be the next pope. The cardinal brushes away the spiritual questions, only to gleefully ramble on about ‘how to cook a duck.’ Death is also a constant force in Jep’s life (as two people younger than him die). He has one rule for funerals: not to cry. However, he breaks his own rule and cries aloud than the bereaved mother, when carrying the coffin. He doesn’t care much about the man inside the coffin, but the death itself wrings tears out of the old man. 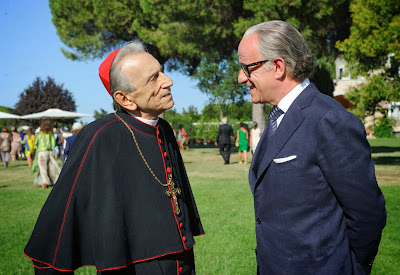 Director Sorrentino has made several high-profile mediocre flicks (“This Must be the Place”, “Il Divo”). But, with this ageless social dissolution, he extraordinarily combines major topics with minute details. A more familiar cineaste could recall the individual flavors of his direction by looking through the great Italian Cinema of the past. Sorrentino and D.P. Luca Bigazzi hyperactive camera moves gracefully among the piazzas, statues and streets, constantly capturing their haunting beauties. Flamingos flying over the city at dawn and the final breathtaking shots of Rome show us what the future holds for the city or an individual. Another key element to Sorrentino’s vision is the inevitable mix of profane and sanctified music. Toni Servillo’s sad-glazed eyes ably convey Jep’s waste of a promising intellect. Even the smile that pours from his lips is coated with world-weariness. Getting the right tone for a character like Jep is pretty hard, although Servillo neatly hits the spot with a cool depth.

“The Great Beauty” (140 mins.) is one of the significant and best movies of 2013. It is hard to get this densely packed film in one sitting (may discover new levels of emotions in repeated viewings), but it will definitely entrap a patient viewer just like the residents of this existential city. Among all this bombast and excesses, you can feel the heightened frustration and sadness.

Very well written indeed! But, I must tell you that no Sorrentino film is mediocre... it hurt me badly when you underplayed a brilliant film like This Must be the Place, which IMHO is his second best film after his haunting The Consequences of Love.

@ Murtaza Ali, Thanks for the comment. May be I am overwhelmed after watching an excellent film like "The Great Beauty." Now, I will have to re-watch his other movies.

Yeah, please do that... I am certain you will like them better the second time around!!! :-)