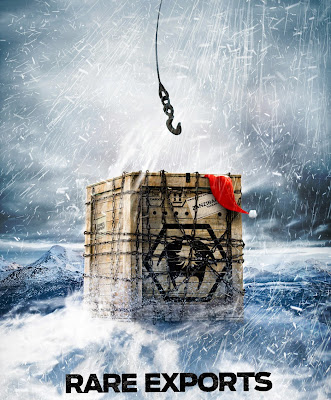 Finnish writer-director Jalmari Helander’s feature film debut “Rare Exports: A Christmas Tale” (2010) explores the origins of Joulupukki (Finnish Santa). This Santa is not the gleeful geezer who drops in gifts through the chimney. He is exactly the opposite. This wizened supernatural creature chews off ears, spanks kids into pieces and also has an acquaintance in the form of a demon minion, who kidnaps innocent children. “Rare Exports” is drawn from ancient Scandinavian mythology. It blends in wonders of a fairy tale, action movie heroics and the dark humor to a satisfying effect. The eerie snow bounded atmosphere might look similar to John Carpenter’s “The Thing” (1982), although the film is filled with whimsies of Jean-Pierre Jeunet (“Amelie”).

It is Christmas Eve in the Korvatunturi Mountains of northern Finland. Young Pietari (Onni Tommila) and his friend Juuso (Ilmari Jarvenpaa) are watching over a US archaeological team digging deep into the mountain. The drilling operation excavates something frozen in a huge block of ice. A gigantic pair of horns sprouts out of the ice block. Pietari believes that the buried possession coveted by Americans is the Santa Claus – the Finnish evil version, who boils naughty children and tans their hides down to the bone. At home, the intrepid and intelligent Pietari looks over ancient lore books and convinces himself. He lives with widowed father, Rauno (Jorma Tommila), an operator of reindeer slaughterhouse. Soon, reindeers lay dead all over the field. 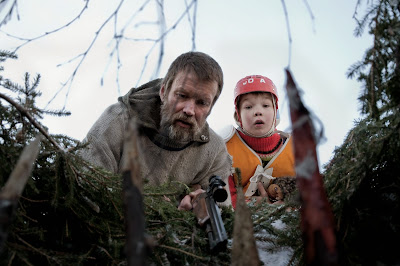 The butcher father and his friends blame the wolves for the death, but Pietari knows that there’s a more sinister force at work. On the following day, the town’s children disappear one by one. Obviously no one believes Pietari’s theories. However, the suspicions of the boy heighten when boney bearded old man (Peeter Jakobi) is caught in one of his father’s wolf traps. The gaunt man seems to have died of injuries. Revealing what happens next would spoil the "fun" that ensues, although you could predict what might happen in the end.

Director Helander has previously made a series of successful short films about the alternate history of Father Christmas. “Rare Exports” is a sort of a prequel to those shorts. The shorts reflected on the subject of how wild Santas were trapped and later domesticated to export them to the Christmas markets worldwide. He stretched that premise and makes more fun of the commercialization of Christmas. The ultra-serious tones of the horror genre, the stereotypes are all parodied along with a genuine creepiness. In terms of aesthetics, Helander and his D.P. Mika Orasmaa have captured the sense of unseen terror shrouded inside the imposing backdrop of snowy mountains. The adolescent fears and father-son relationship makes us recall the Spielberg of 70’s and 80’s. 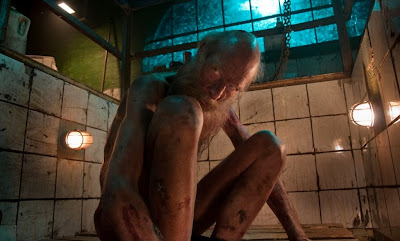 The script retains the core humanism among the loads of high-spirited violence and dead pan humor. Helander paints the main characters in clean broad strokes, which refuses to caricaturing or to make them the object of ridicule. However, the action and fun dips a little in the middle section of script. Once that bearded guy is captured, the film sort of stumbles around before drumming up for the decorous climax. The production values and special effects have the top notch quality of Hollywood adventure thrillers. Helander has retained most of the cast acted in his shorts. Onni Tommilla flawlessly depicts Pietari – a kid who is yearning for his father’s love. The boy brings out the embrace and rejection of childhood, within the running time. Jakobi looks perfect for the part of disturbing Santa. 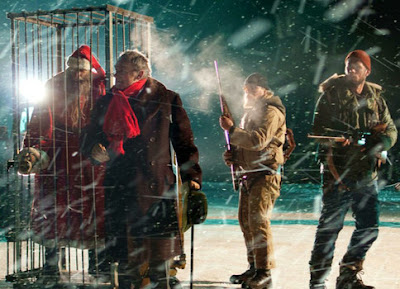 The copious amount of nudity and violence ensure that the kid audiences should be kept away from Christmas tale, but the adults might enjoy the deadpan humor and pagan images. “Rare Exports” (80 mins.) is a mischievous dark tale and an imaginative revival of Santa mythology. It’s a breather from Hollywood’s maudlin Christmas flicks.

Rated R for nudity and language
at December 21, 2013
Email ThisBlogThis!Share to TwitterShare to FacebookShare to Pinterest
Labels: Black Comedy, Thriller

never heard of this movie earlier. after ur review, i am going to watch it now.