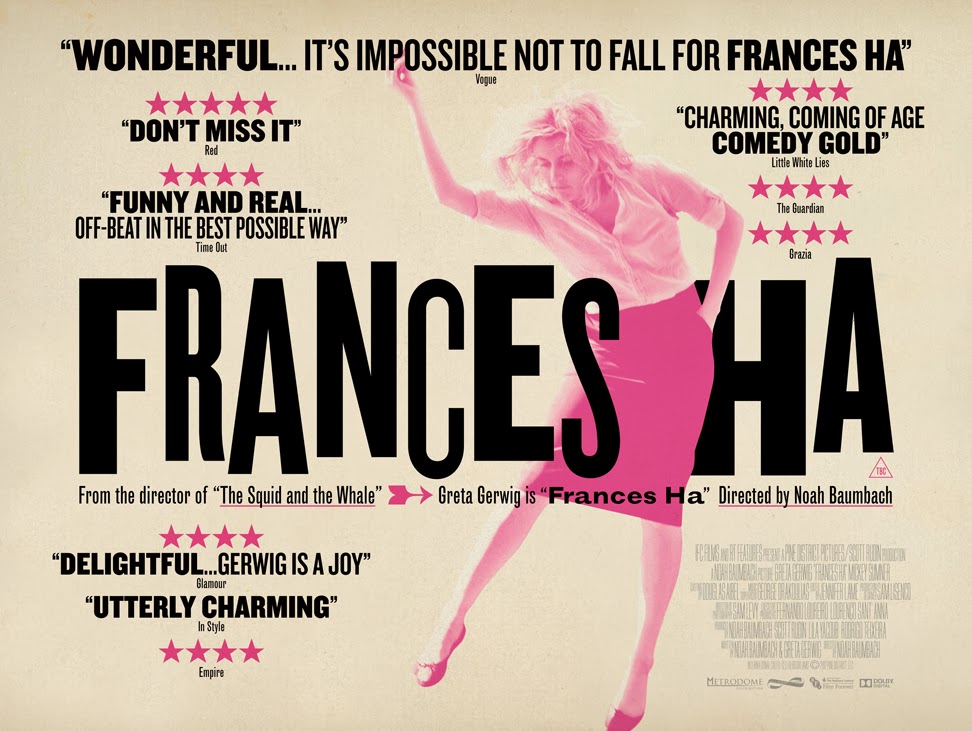 From “The Squid and the Whale” to “Margot at the Wedding” to “Greenberg”, film-maker Noah Baumbach has got a clever mind for anxiety-ridden films. With “Frances Ha” (2012), he has changed his style a bit to make a playful, effervescent comedy. It is a story of a 27 year old woman in New York, whose scant talent and unemployment makes her chasing for apartments. She captures the spirit of an age – both cruel and beautiful -- where one couldn’t figure out their quest in life and when even the simplest of things like a job, a companion or a place to live seem so desperately out of reach. Shot stylishly in black-and-white, the life of Frances should resonate with youngsters, well beyond the demographic the movie depicts.

Frances (Greta Gerwig) is an aspiring dancer, who has reached an age that is too late for aspiration. But, she is an optimist and works part-time an apprentice for a dance company that refuses to hire her full time. She lives with her best friend Sophie (Mickey Sumner) in a Brooklyn apartment. When Frances’ boyfriend asks her to move in with him, she rejects the offer, and later breaks up with him. However, when Sophie leaves Frances to live in a fashionable Tribeca apartment, she finds herself adrift, navigating for apartments, which all are filled with flaky roommates. 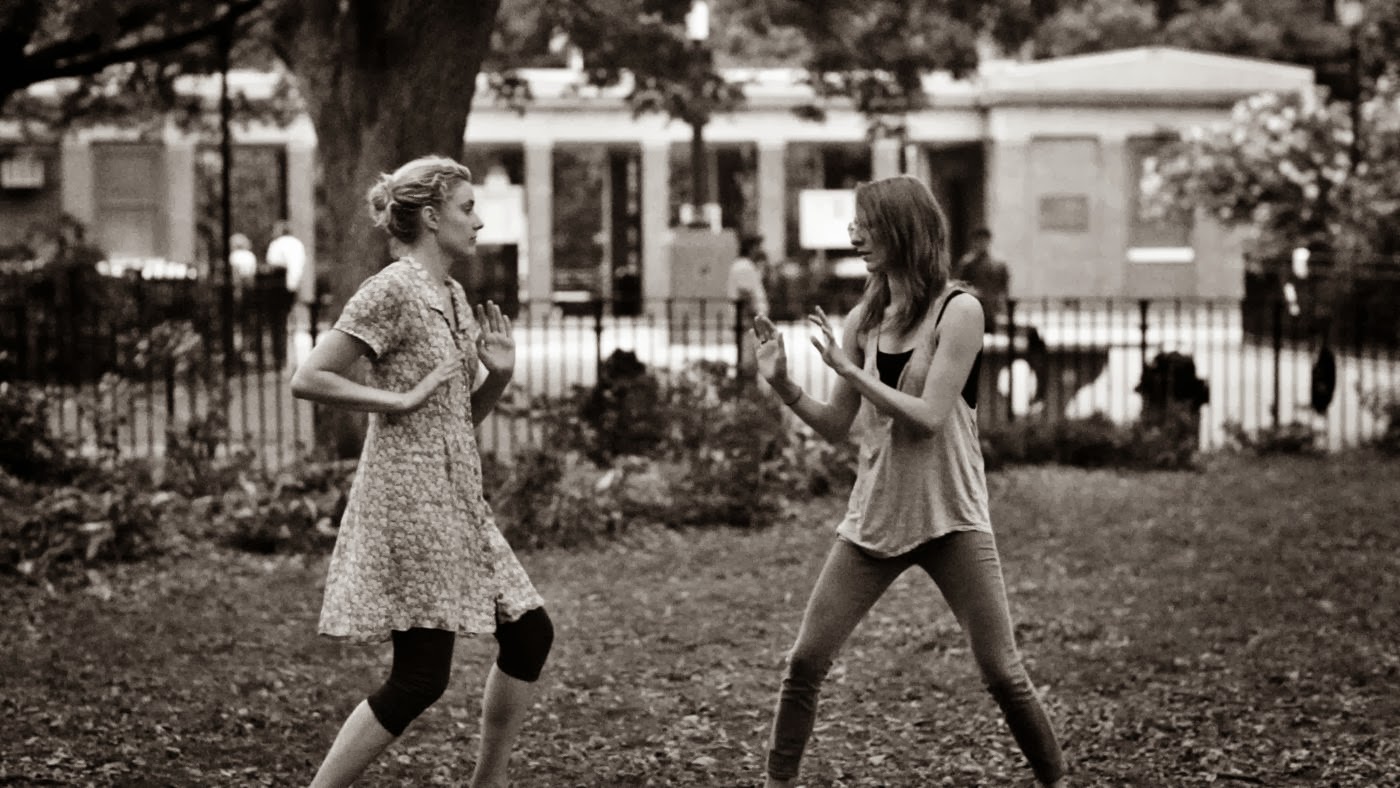 Frances moves in with two wealthy young artists, Benji and Lev (Michael Zegen and Adam Driver) and soon considered as “undateable”. She also doesn’t make much impression among other strangers. One girl tells her, "You look a lot older, but you seem far less mature." Frances knows that she can’t be a darling in everyone’s view. She takes a trip to her parents and has a glorious Christmas time. In the dance company, things grow from bad to worse, but she constantly cheers herself and even takes a lone trip to Paris without encountering any handsome European. Fate tries to control her life, but somehow her unruly passion shines a fascinating new light.

Noah Baumbach has co-written the script with his real-life girlfriend Greta Gerwig. One of the aged movie cliches is that women’s friendship are not same as men’s. But, Greta’s contribution to the script uses the ideals of female friendship with a hard-edged pragmatism. Sophie finds herself a rich guy and makes compromises and ditches her career. Frances disapproves her friends’ move not from jealousy but from a genuine belief that she can achieve great success with her passion. Frances is at times maddening, but at the same time she greets each new disappointment and disastrous life choices with great courage. Her quirky adventures take life forward and the failures make her learn, how to be ready for anything that comes her way. In reality, we might label Frances’ types as ‘merely childish’ but there is something here, which makes us appreciate her aimlessness. 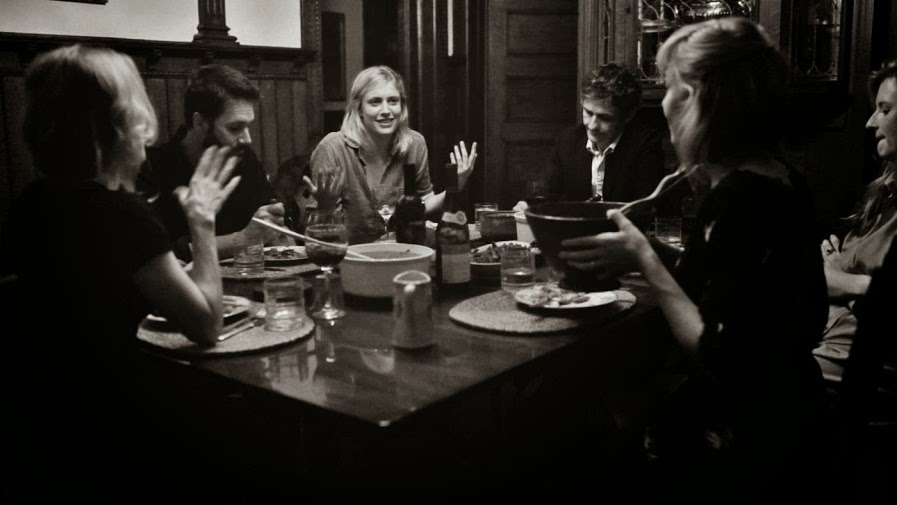 Director Baumbach’s jumpy rhythms and undetermined time lapses revives the French New Wave setting (especially, the joyous scene, where Frances runs and dances through the streets of New York). The setting doesn’t distract our attention. Instead it helps us to feel the spirit of this hapless young woman. Baumbach’s stylistic forebear also succeeds due to a lead, who’s likable in spite of her flaws. Greta’s elegant performance makes a viewer admire her resilience in an ever-drifting life. Her dance doesn’t show a hint of delicacy, but if spirit is what counts, then you can see sparks from those feet and eyes. In the dinner party scene, she explains her notions of true love. And, towards the end, there is payoff to that scene. Greta’s expression in that scene is poignant beyond words.

“Frances Ha” is a contemporary fairy tale about a girl with an untarnished heart. It possesses an irresistible lovely central character, whose aplomb manner beats away failures and disappointments.