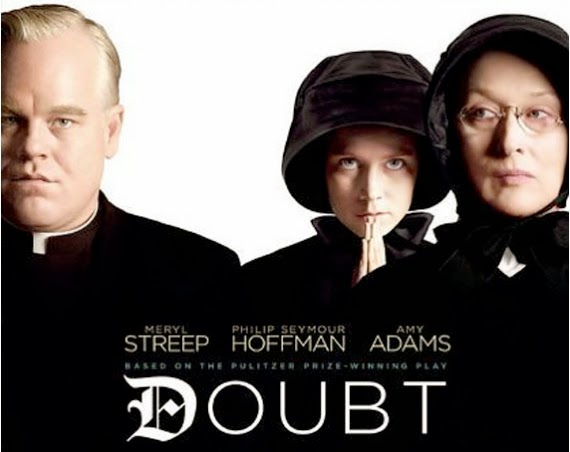 John Patrick Henley’s magnificent Pulitzer Prize and Tony Award winning play was made into “Doubt” (2008), by himself, which asked many unsettling questions and earned multiple Academy Award nominations. But, it encounters a single fundamental flaw like most other stage-to-screen adaptation: it moves like a play and sets out the plot by setting random scenes in public places; and hammers home thematic points with excessively neat visual information. Nonetheless, it has thought-provoking, smart dialogues uttered by fabulous actors. “Doubt” is a melodramatic morality tale, where the line between the ‘accused’ and ‘accuser’ becomes thin. It shows how judgmental views and doubts are the most basic tenants of human existence. The religious institutional setting in this film adds more to the moral quagmire.

The story is set in a 1964 Saint Nicholas Catholic School, situated in Bronx, USA. Sharp-eyed, quick-tempered Sister Aloysius (Meryl Streep) is the school's officious principal. It was on the year 1964 sweeping reforms were made by Vatican. The changes were hailed by some and damned by some, and it brewed a cold war between the faithful. Aloysius is an old-school Catholic (even hates ballpoint pen, since she considers that as an affront to good handwriting), who relishes with her ardent policing manner. Father Flynn (Philip Seymour Hoffman), the new-school theologist is more companionable to the students. He is a popular mentor and a beloved cleric. Flynn’s sermons as well as his soaring popularity irk principal sister. Flynn shows interest on the school’s only black student, usually calls him out of class for one-on-one meetings. 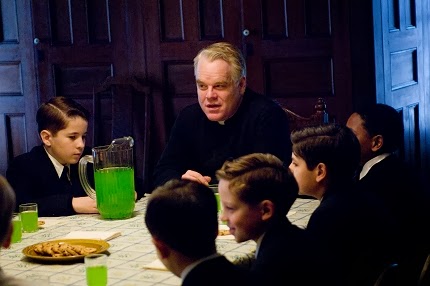 Sister Aloysius jumps at this behavior and suspects wrongdoing based on no decisive proof. She shares her suspicions to naive & noble young Sister James (Amy Adams), who takes the place of a viewer and sees the evidence for and against Flynn. Confrontations, accusations, counter-accusations play out, including an encounter with Mrs. Muller (Viola Davis), whose response to the alleged misconduct only heightens the unease. It arrives at conclusions, where nothing is smoothed, effectively maintaining certain measure of ambiguity.

Shanley’s script and dialogues are economical but sharp. The central doubt in this film deals with a brutally painful subject, yet Shanley never uses the word’ molestation’ or ‘sexual abuse’ and the boy, played by Joseph Foster, is never seen in the movie alone with the priest Flynn. Shanley perfectly approaches the gender inequities inside a Catholic institution, where women are ranked far below than men in the official hierarchy: priests are endowed with roast-beef dinners and secular music, while nuns have silence and milk.

The nature of relationship between Flynn and the boy is doubted in an era when priests were implicitly trusted. But, some shocking news reports of this era (see documentaries like “Deliver Us From Evil”) shows that trust was abused in few cases. Shanley subtly provides some clues to Flynn’s and the boy’s (in the conversation between Aloysius and Mrs. Miller) sexual tendencies. However, at the same time, he makes us doubt that whether this is a sexual liaison or simply one of kinship and compassion. So, the ending for some might seem unsatisfying, but it doesn’t dictate a view and demands that we make up our own mind. Shanley’s direction is not as nuanced as his script. It lacks a certain kind of complexity that is abundant in the family dramas of Iranian director Asghar Farhadi. Roger Deakins finely calibrated cinematography catches the autumn crispness without any fuss. 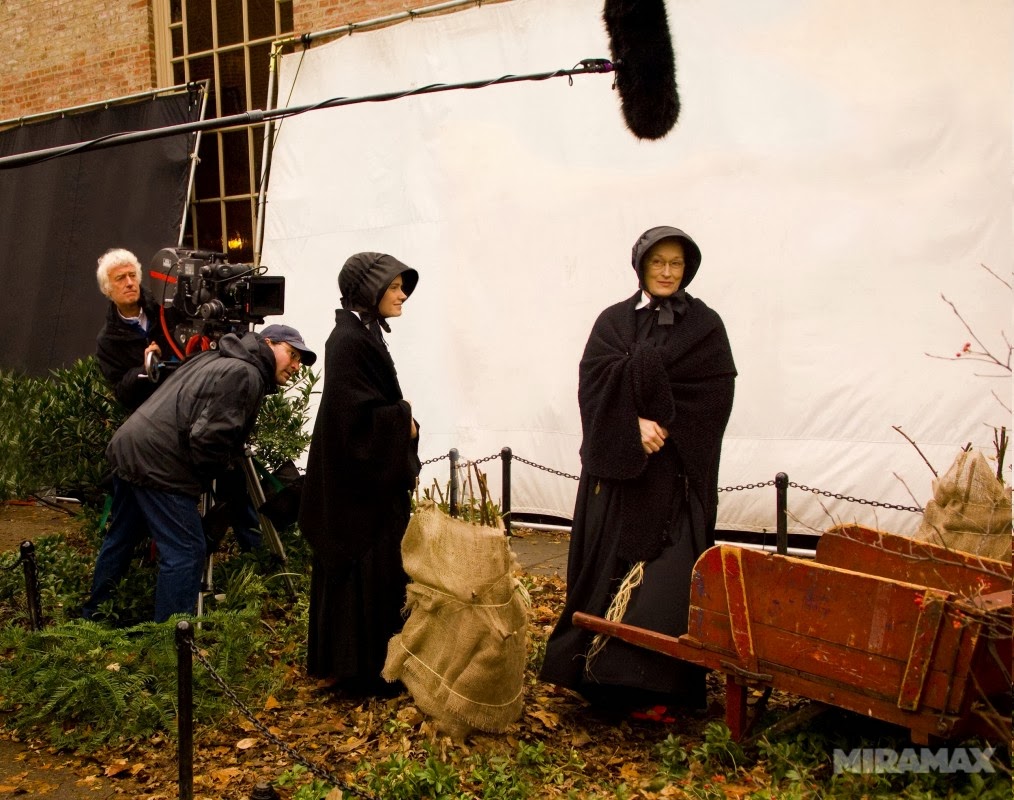 The indelible moments in “Doubt” belong to two of the finest actor: Meryl Streep and Hoffman. Streep plays her character with a lot of wit and compassion. She plays the parochial personality with tangled motivations: she compassionately serves God and is also capable of deceit, even at the risk of losing her immortal soul. Hoffman finely builds up his crimson-faced wrath and narrowly walks a line between guilt and possible innocence. Amy Adams, in one of her quietest role, balances the film’s still center and provides us with a most propitious point of entry. Viola Davis’ scant screen presence uncovers details that are heartbreakingly tender. The untenable position of her character renders a flesh- and-bone human rather than a mere dramatic device.

“Doubt’s” opening sermon by Father Flynn asks, "What do you do when you're not sure?" In the end, those words seize both Sister Aloysius and viewers. It is an intellectually and emotionally captivating drama, shaped by great acting and provocative dialogues.

I've been trying to watch this movie for quite sometime now, but for some or the other reason haven't been able to do so.

P.S. Sad to loose a brilliant actor like Hoffman.

@ Namrota, thanks for the comment. Yeah, its very sad to lose such a powerhouse performer.

I just love your reviews. I have this film in my hard disk for a long time but did not get to watch it. on my menu now :)