Affliction – The Scarred Psyches of Father and Son 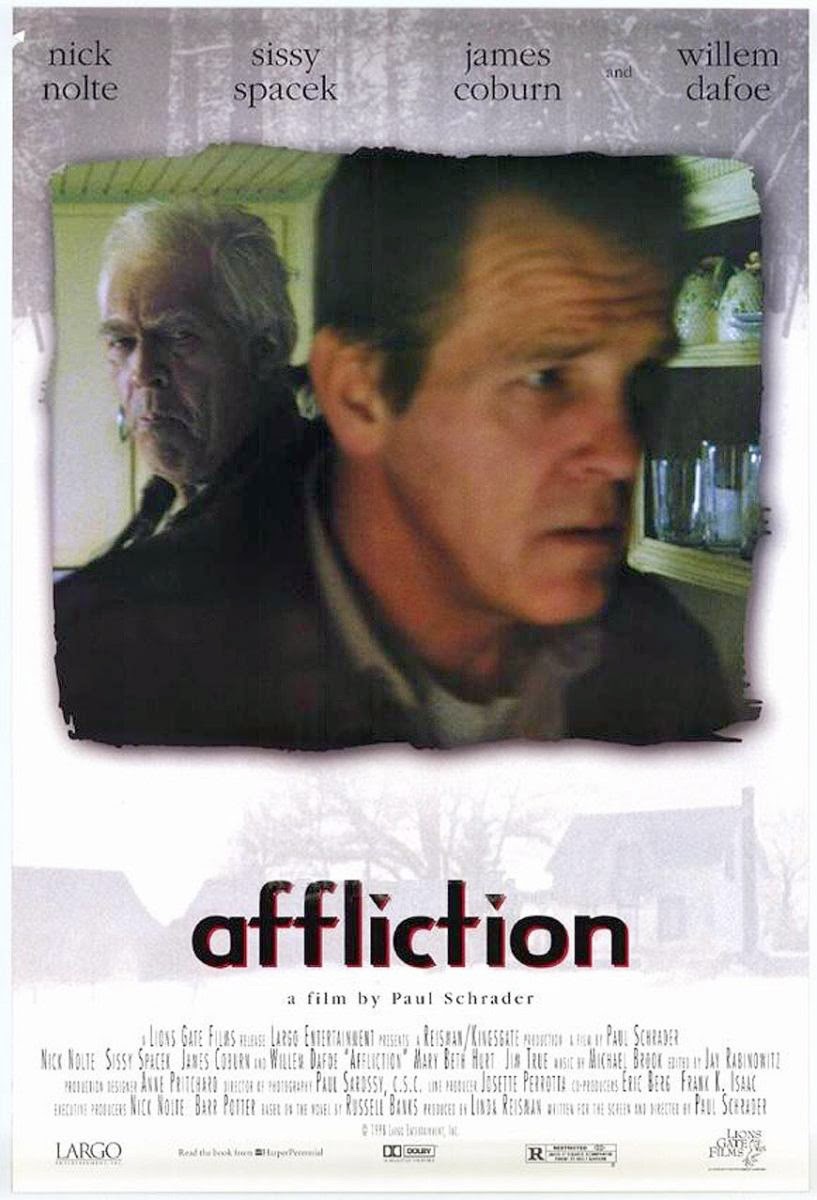 The main-stream cinema of film industries all over the world has always hailed the idea of macho man, thrashing the villains and keeping the woman in their place. Tough-talking male is a character we men always like to see on-screen, and their uncontrollable fury gives us some comfort and entertainment. But, male anger isn’t something that always works its way to retain justice.  The macho men’s idea of ‘Being a real men’ could also be destructive. It could make us fearful spectacle even among our loved ones. The belligerent masculinity could cut through generations, sowing the seeds of violence, and guaranteeing perpetual cycle of intolerance. In the world of cinema, writer & director Paul Schrader is one the most important personality to showcase the destructive & dark side of male anger.

Schrader’s script for the much-heralded “Taxi Driver” and “Raging Bull” tracks the harrowing experiences of men, who are undone by their own wrath. His directorial ventures like “American Gigolo”, “Hardcore”, “Mishima: A Life in Four Chapters” smartly explored the male dominance in the society and the abuses it spawns. With “Affliction” (1997), Schrader took the coarser themes of inter-generational violence and alcoholism. The movie is based on a 1989 novel by Russell Banks, and after watching it you could feel that this is the best conjunction of material, director, and actor. 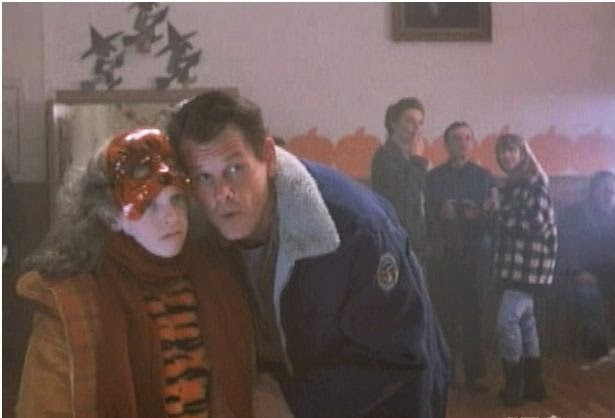 “Affliction” is set on an afflicted, eternally cold, economically depressed town of New Hampshire. The story begins on a Halloween eve as the town’s sheriff Wade Whitehouse (Nick Nolte) takes his frustrated daughter, Jill (Brigid Tierney), in a costume for the town’s children parade. Wade’s recent bitter divorce from Lillian (Mary Beth Hurt) has only given him limited visits with his daughter. But, Jill hates to visit her father’s town. She excessively whines and calls her mother and step-father to pick her up. Wade too isn’t a great father as he leaves his daughter to takes a trip, smoking joint with his younger friend, Jack Hewitt (Jim True). 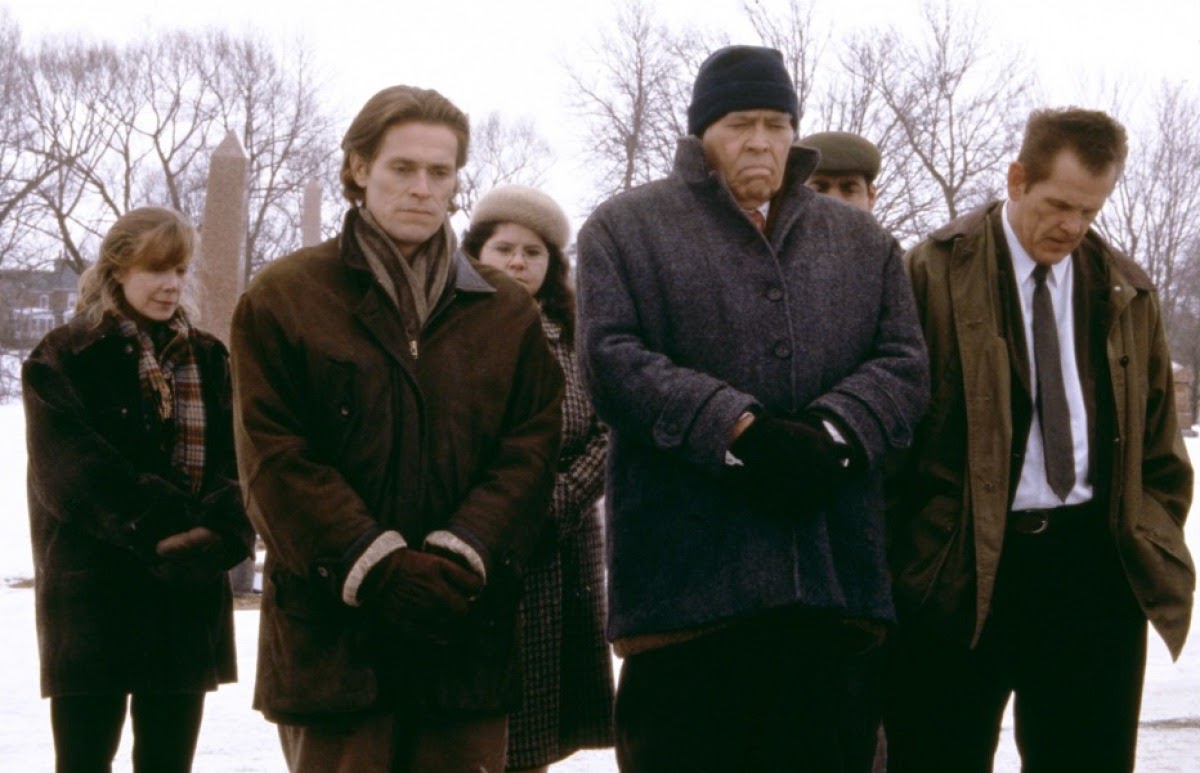 Rage is the vital emotion Wade feels more than any other thing. This rage may stem from the job opportunities he has: a low-level police job plus a tiring plowing job for the local business man and land owner, Gordon La rivierre (Holmes Osborne). Since the previous evening with his daughter has ended badly, the rage has only been inflamed. Wade is now intent on suing his wife for custody. But, why does this rage brood over Wade. We get some answer from the local diner as the guys there harp about alcoholic bully Glen Whitehouse (James Coburn) and his tactics to terrify his family. The younger Wade bared a lot of his father Glen’s onslaughts as he attempted to shield his mother and younger brother, Rolfe. Wade haven’t grown up like the brute his father was, but the abuses he endured has affected his adult relationships and trust settings.

The waitress girlfriend Margie (Sissy Spacek) is the only soul who provides some solace for Wade. Wade’s emotional downward spiral moves further when a deer hunting accident kills a Massachusetts bigwig, Evan Twombley. The guide, Jack Hewitt’s account of the accident raises some serious doubts in the mind of Wade that the accident might really be a murder. He confides his murder theory with Brother Rolfe (Willem Dafoe), and Rolfe provides further evidence to strengthen the murder theory. Wade also happens to watch a meeting between Gordon La rivierre and Mel Gordon, son-in-law of Evan Twombley. He discovers that the two ‘Gordons’ have secretly bought lands all over the town for a major development. Meanwhile, Wade’s silent mother passes away, and his father bullying nature escalates further after the death. Wade gets increasingly paranoid in his murder investigation and deteriorates his relationship with Margie and daughter Jill. In all his defeat and damage, his father hovers around smiling at him. 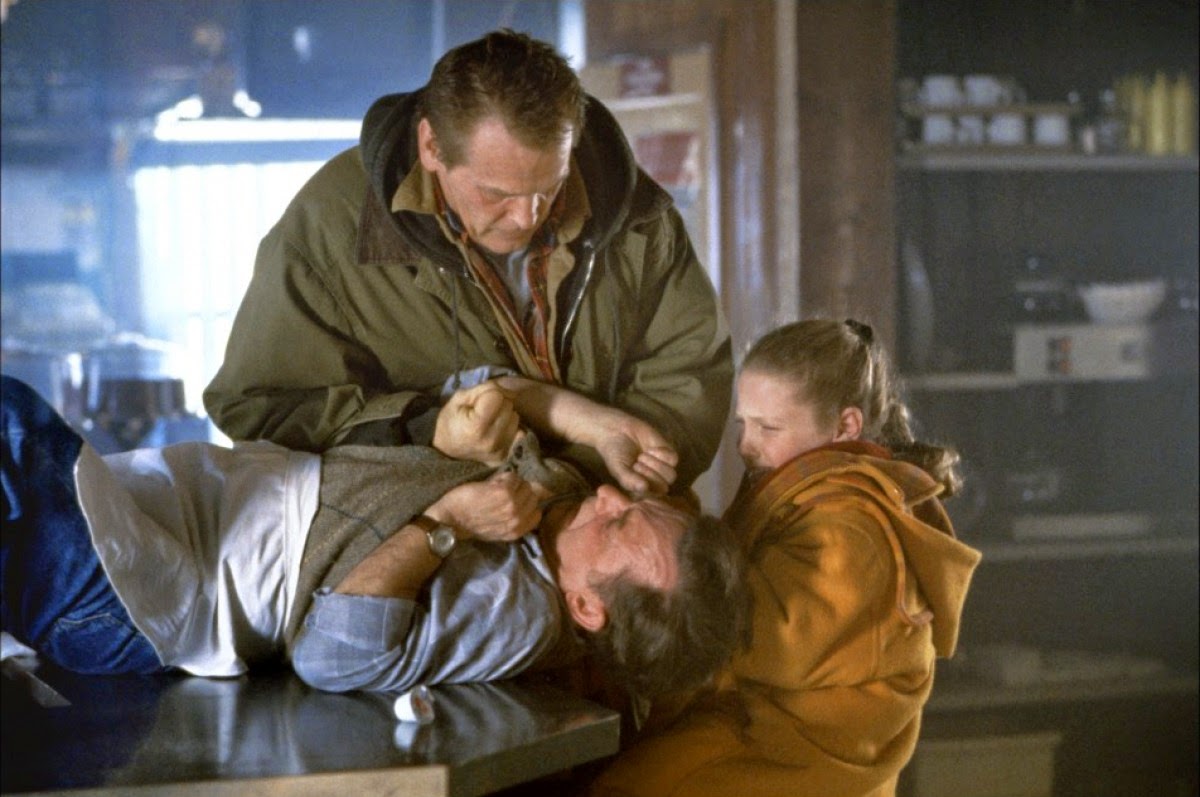 Paul Schrader’s adapted script teases us of a mystery/thriller sub-plot. However, it is mostly a character study, and what’s uncovered is not the townsmen conspiracy, but the inner demons of Wade Whitehouse. The murder/hunting accident is of irrelevance here as it is only a tool to further explore the boorish behavior of the protagonist. Wade’s investigation into the death of Evan Twombley earlier promises some kind of redemption for him. But his psychological speculations mixed with alcohol-fueled bitterness only keep him away from the truth. Then there’s also Wade’s (bad) role model – his father. Glen proudly exclaims, “You’re my blood! You’re a piece of my own heart!” -- not in a soothing manner, but only when Wade bloodies his daughter’s nose. Glen is at peace when sees his rage has been passed onto his son. Schrader’s direction is crystalline and he rightly maintains a meditative space from his abusive/abused hero. 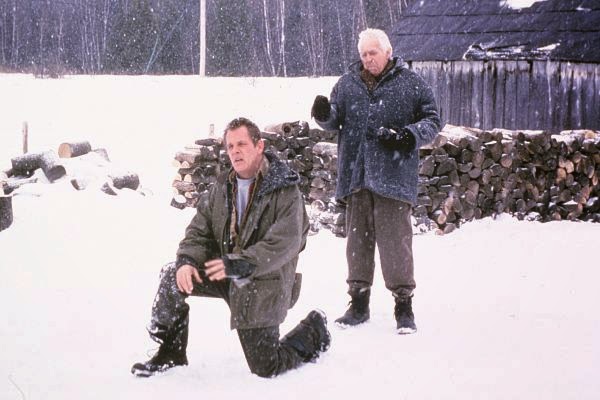 James Coburn’s irredeemable, heinous portrayal of Glen Whitehouse is a sheer horror to watch. Although he is there in few numbers of scenes, the sheer evilness of the character could be strongly felt in the way he casts a shadow over Wade’s behavior. Both Coburn and Nick Nolte have been wasted in conventional action pictures. Here, Nolte wonderfully brings out the delicacy and hurt of his character. He is trapped in an uncompassionate family, and the society has built an unchangeable perception on him. He perfectly conveys the whipped boy mind-set within his adult body. You could feel his desperation when he tries and fails to connect with his aloof daughter. The only problem I had with the film is the inclusion of a voice-over (of Rolfe), and a final, elaborate explanation of the movie’s core theme (“Our lives, Wade’s and mine, describe the lives of the boys and men for thousands of years: Boys who were beaten by their fathers, who capacity for love and trust was crippled almost at birth………..”)

“Affliction” (106 minutes) is a powerful portrait of the vicious circle of male violence. If you could bear with the excruciating downward spiral of the central character, then a lot of intriguing questions will be waiting for you.