In Cold Blood – A True-Crime Classic 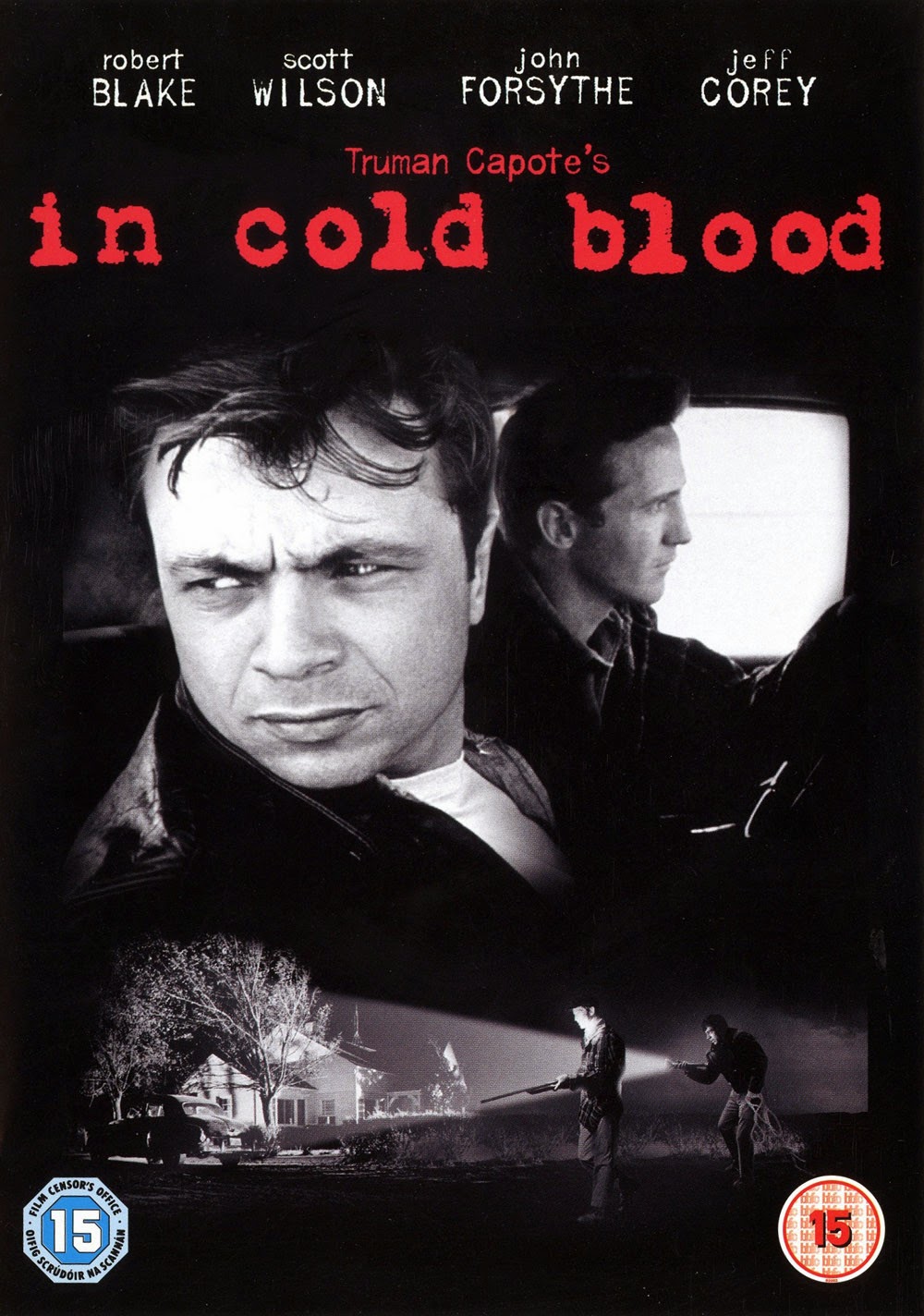 Director, writer and producer Richard Brooks (1912-1992) is known for making feisty, unsentimental stories (“Cat on a Hot Tin Roof, “Blackboard Jungle”, Elmer Gantry”) with macho leading men. In the 1940’s and 1950’s, Brooks worked within the Hollywood studio system, but from the mid 1960’s, he ventured to make independent movies. He adapted and directed the classic Joseph Conrad novel “Lord Jim” in 1965 and later made a entertaining western “The Professionals” (1966) with Burt Lancaster, Lee Marvin, and Claudia Cardinale. However, the high-point of his relatively independent career is the adaptation of Truman Capote’s non-fiction novel “In Cold Blood” (1967).

Published in 1965, “In Cold Blood” is lauded as one of the best true-crime books ever written.  The book intimately details the real life, horrific quadruple homicide of a Kansas family, the investigation that lead to catching the killers – Richard Hickock and Perry Smith, the subsequent trial and the execution of the killers. Capote got unprecedented access to the killers; conducted on-site interviews with victims’ neighbors; and compiled nearly 8,000 pages of notes. Although, Capote was accused of inaccuracies (in the depiction of murder), his book delved into the underbelly of American society and raised some contemplative questions about crime and punishment.

When Capote selected Richard Brooks to adapt his book, Brooks hastened the film-making process by choosing not to cast Hollywood stars for the role of Dick and Perry. He also conducted his own research (owing to his journalistic background), filmed in actual locations, and stubbornly clinged to the idea of shooting the film in black-and-white, because Brook thought B and W was a more frightening medium (you could feel the truth in it when you watch the murder sequence). The phenomenal cinematography, music, and editing seamlessly conjoined to give a more-matured docu-drama feel.

The movie takes us back to November 15, 1959 as the ex-con Perry Smith (Robert Blake) enters Kansas City, violating his parole. He is met on the bus station by the slick and aloof Dick Hicock (Scott Wilson). The duo is about to drive nearly 400 miles to break into a remote farm house, owned by Herb Clutter. Dick has gathered information from his former inmate about a safe in the Clutter’s place that’s supposed to have $10,000. He calls it a perfect score – ‘a cinch’. The nervous Perry, who dreams of becoming a singer and believes in a map that leads to gold treasure in Mexico, isn’t entirely convinced, but he doesn’t fiercely contradict on Dick’s plan too. 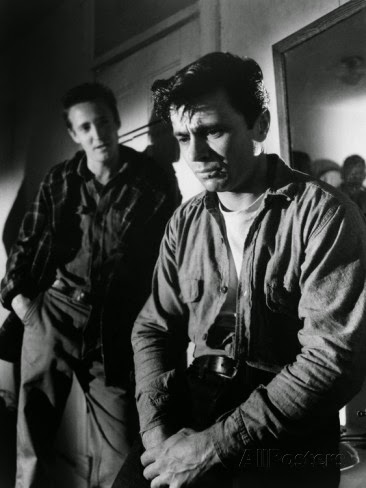 The Clutter’s have four members in the family – Herb Clutter, his wife, a teenage son and daughter. The next morning, the neighbors found the Clutter’s brutally murdered. The local residents, police, and media couldn’t fathom why someone would murder such a harmless family. The neighbors says that there are no safe in the house (calls it a ‘Kansas Myth'), and the Clutter’s is said to have written checks even for a hair-cut. The only missing things are: $43, a pair of binoculars, and a radio. Except for the bloodied boot-print, the police seem to have no clue about the killers (no finger prints or shell casings). The middle part minutely details the investigation that leads to catching the killers, and later the proceedings become more morbid as Brooks shows us each elements that put Dick and Perry on the end of a rope. 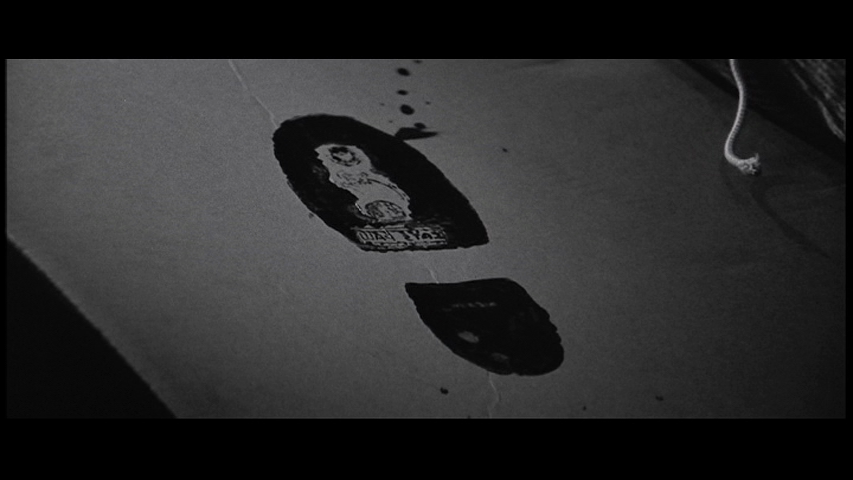 Director Brooks meticulously constructs the initial setting by using brilliant rhyming edits and expository flashbacks: A gas station attendant, looking at Dick’s shot-gun comments that it’s a ‘perfect day for hunting pheasants’, to which Dick replies, ‘Them birds don’t know it, but this is their last day on Earth’, and immediately it cuts to introduce us the family members of Clutters; As the killers are approaching their destination, Herb Clutter signs an insurance, and the agent says, “New York Life wishes you a very long and healthy life”. Some feel that this rhyming cuts are a cheap way to make us feel for the family as they are about to face a terrible fate. One might ask that is it necessary to spend more time to show the lovely nature of Clutters, instead of getting on with the murder at the very start itself. Although, in real life there wouldn’t be a place for such rhythmic moments, these sequences wonderfully reflects on the sad irony behind the events. The harmless nature of Clutter family also flashes before our eyes, whenever the viewers are made to empathize with killer’s abusive past.

It’s a great decision on the part of director Brooks to not show the killings until the last act in the film. Up to that point, despite the Perry off-screen killings, we hold little empathy for the past he endured. Brooks hints at Perry’s trauma through certain images and later finely elaborates on the events that caused the trauma. Perry nervously watches a group of nuns as he waits at the bus-station to make a call. Few scenes later, Brooks expands on the reason behind Perry’s anxious look at the nuns.  When Dick has a fling with a ‘senorita’, Perry thinks back about the time, when he and his siblings watched their mom’s depraved and dad’s abusive behavior. All this builds up a empathetic profile for Perry, but our thoughts shatter to pieces as Brooks elaborately depicts the gruesome murder (without showing any blood or gore).

In the murder sequence, we see Perry’s rage when Dick tries to molest Nancy Clutter (“I despise people who can’t control themselves”), yet within a heart-beat he is consumed by an antipathy that leads him to kill people, who are tied and defenseless. Movie-lovers on IMDb boards and many critics state that the antipathy Perry felt was not towards Herb (although there is a shot of Perry’s father holding a shot-gun), but Dick himself. The movie and the book itself clearly elucidates that the murder wouldn’t have occurred if not for the combination of Perry and Dick. Although, the Perry pulled the trigger, Dick aroused time-bomb like psychological nature of Perry. This also makes Perry the most complex character than Dick. Dick, with less psychological problems, comes off as a common thief, who wouldn’t have had the guts to kill the people, but he is the guy who exploited the dark-side of Perry. In the end, Capote and Brooks by providing all the little details about the perpetrators’ past, doesn’t try to excuse the murders or blames the society that spawned them. They condemn Perry’s inhumane action by vividly observing his extent of humanity. 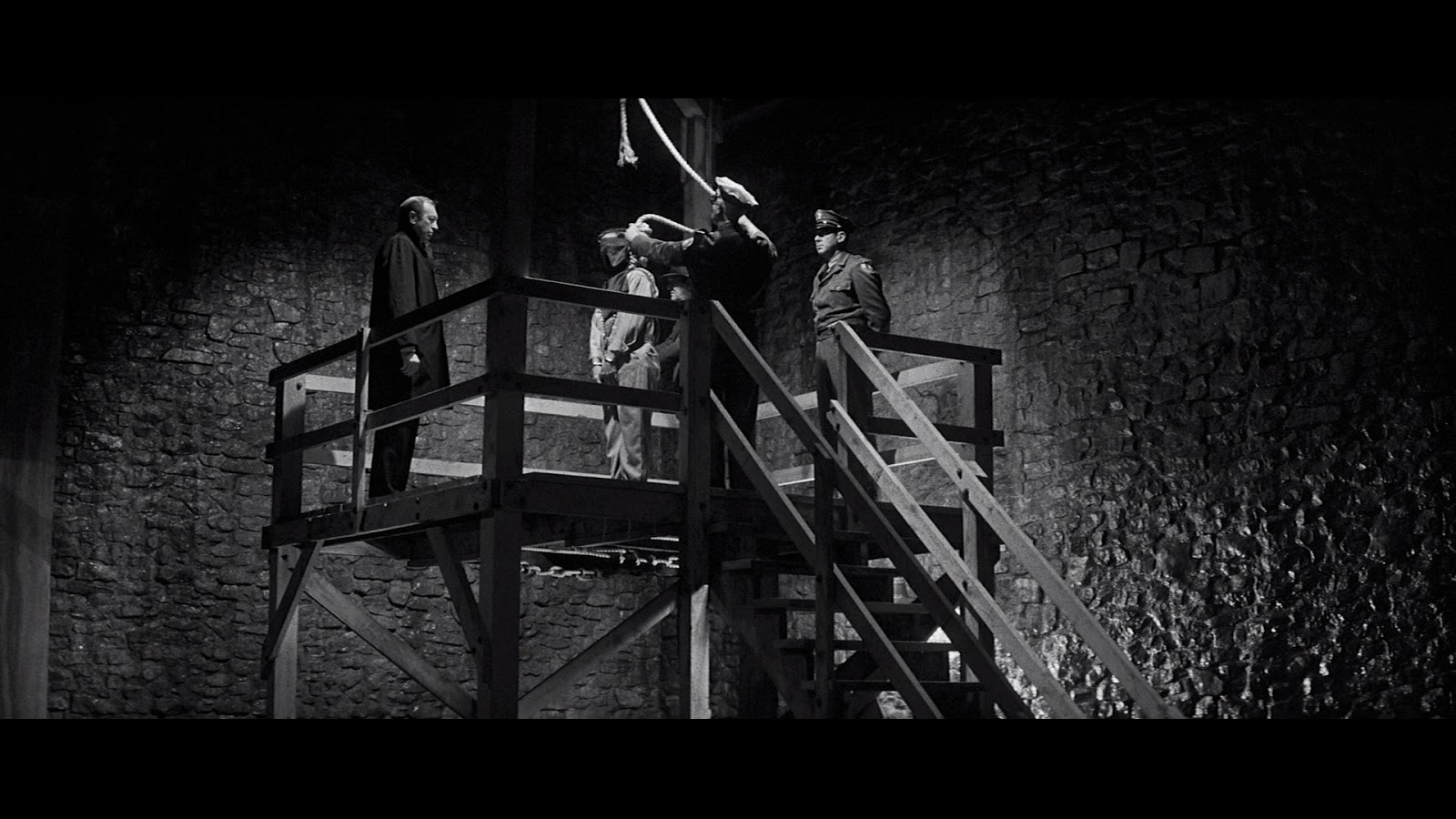 If you have to deliberately point out a flaw, it must be the inclusion of Capote-like figure. In terms of mannerisms or voice, the reporter doesn’t look a least bit like Capote. There’s also little forced dialogues in the end, which sort of came off like a sermon from liberalists. For example, a guy asks to Capote-esque reporter, after seeing the hangman, “Has he got a name?” to which the reporter replies, “We, the people”. However, the movie is also replete with many extraordinarily complex dialogues as Perry says after describing the murder: “It doesn't make sense. I mean what happened. It had nothing to do with the Clutters. They never hurt me. They just happened to be there. I thought Mr. Clutter was a very nice gentleman... I thought so right up to the time I cut his throat”. Capote’s book and Brooks’ adaptation eventually raises the most important question based upon this statement. The author demands to know how punishment (by hanging) itself could make sense, when the crime itself didn’t make any sense. The reporter wryly observes that there will be new laws and fresh incrimination, but the same thing would happen in some other part. 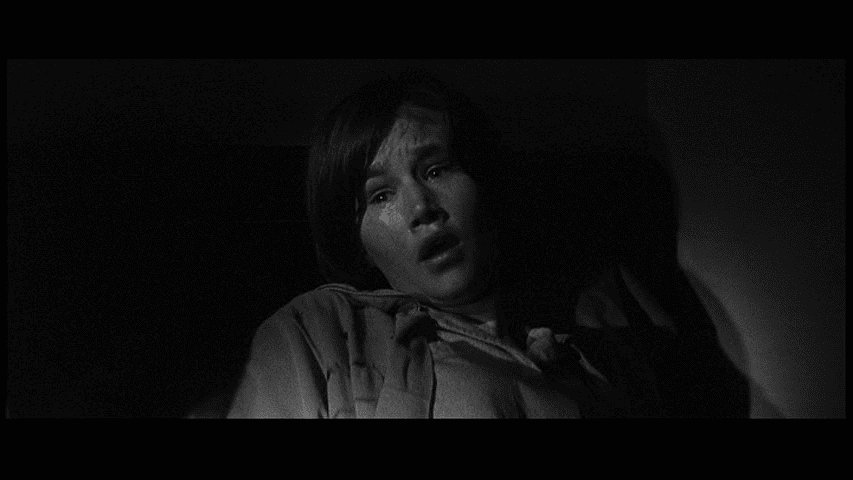 The performances wouldn’t have been as gritty and realistic, if it’s not played by a couple of relatively unknown actors (of that time). As Perry, Robert Blake gave a startling performance. His piercing eyes convey the characters’ contrasting childish and psychotic nature. “In Cold Blood” was shot by one of the best cinematographers ever, Mr. Conrad Hill. Hall’s scope composition, use of shadows and use of width and spaces deserves a detailed shot-by-shot study. The pivotal shot that often springs to my mind happens, towards the end of the film, as Perry recounts the final confrontation with his abusive father by standing in front of a rain-spattered window, inside the prison cell. Perry seems to be shedding tears, but it’s just rain water dripping on the window. In the 1992 documentary “Visions of Light”, Conrad Hall explained that this vital shot was indeed a lucky accident as the fan Hall used to cool the hot interior set blew the ‘rainwater’ against the window to create such an effect. 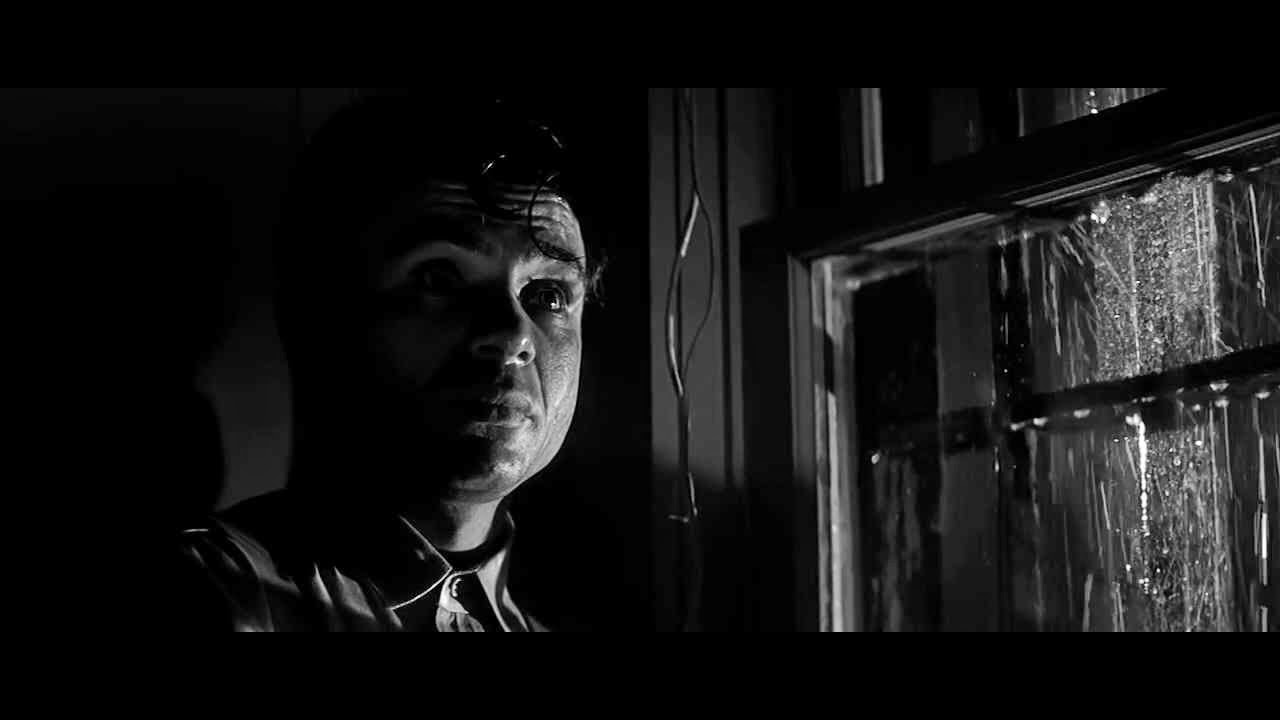 “In Cold Blood” (134 minutes) is one of the most perturbing and thought-provoking masterpieces of the crime genre. The outdated production values and the stagey supporting performances don’t blemish this movie’s significance.

In Cold Blood -- IMDb
at February 11, 2015
Email ThisBlogThis!Share to TwitterShare to FacebookShare to Pinterest
Labels: Based on True Story, Horror, Social Drama