On Golden Pond – An Elegiac and Elegant Portrait On Aging 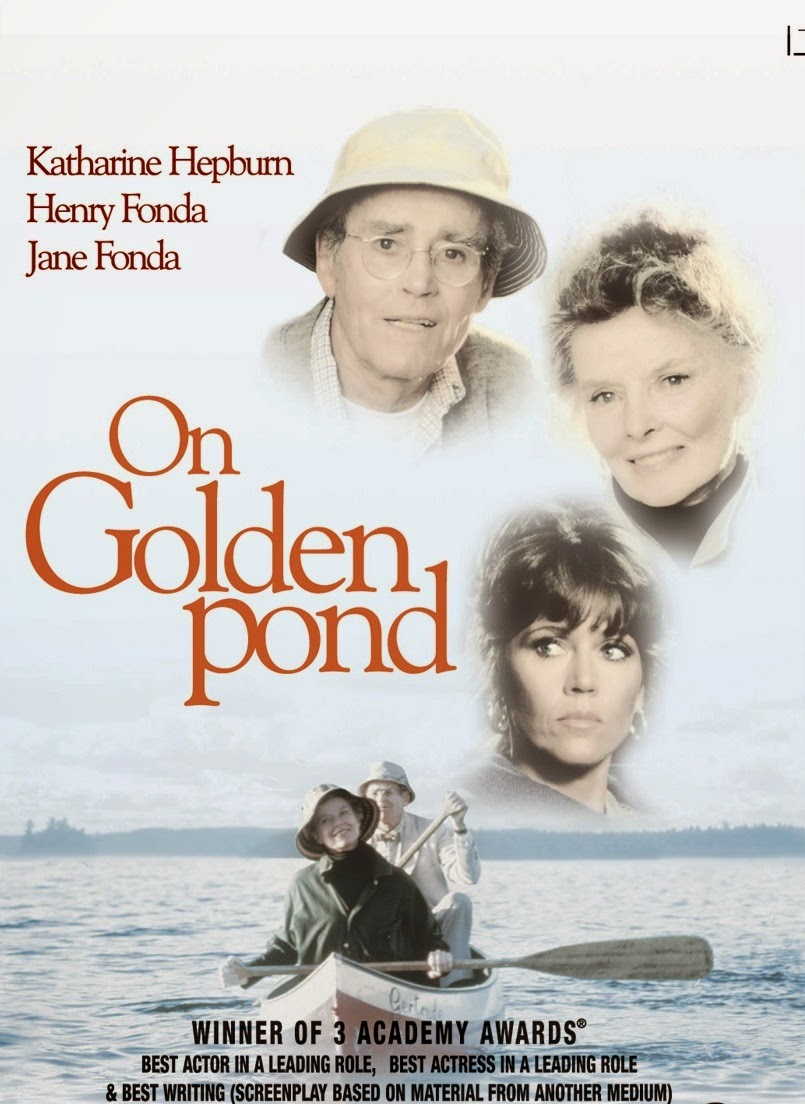 As one grows old in age, he/she might often hear the saying: ‘Old is Gold’, which refers that age and the experience that comes with it is really precious. But, old age also brings its share of discrimination, inadequacy and fear of death. In this modern world, a human being is deemed ‘active’ based upon his memory wellness and his ability to learn new things. However, as age stacks upon us, our achievements in life wouldn’t seem much in front of our failures and weakness. The emotional anxiety and mental imbalance kindles the old people’s resentment, which they hold for themselves. Old age is really a challenge and movies have mostly stayed away from showing the distressing issues of old age. Since, cinema itself is often viewed as a tool of entertainment for young people, it fails to elucidate how hard it is for elderly people to make peace with the past. Mark Rydell’s “On Golden Pond” (1981) -- based upon Ernest Thompson’s 1978 play -- is one of the cinematic exceptions that offer an engaging as well as ethereal portrait of an elderly couple.

“On Golden Pond” contains a streak of sentimental interludes and may not be as contemplative as Haneke’s “Amour”, but it does offer rare glimpse about the positive and negative attributes of old age. The movie starts with the 79 year old Norman Thayer (Henry Fonda) and his wife, Ethel Thayer (Katharine Hepburn) arriving at their picturesque lakeside cabin in New England. Financially they are well off and most importantly, they are thoroughly in love with each other. Norman is a cantankerous person, who often gives surly replies to divert others' attention from his dementia. He still studies the classified ads in newspapers and teases his wife about getting a new job. The failing memory bothers him more than the looming thoughts about death. 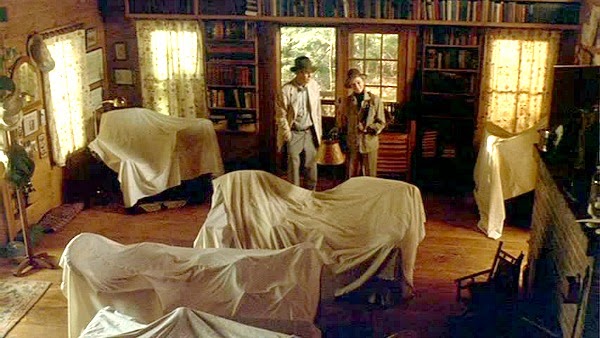 Ethel Thayer is the portrait of sweetness and grace. She wants to savor their time together and likes to call Norman ‘old poop’. She also likes to sit in the sun near the lake, and talk to the loons. Norman’s crankiness melts a little when he comes in contact with Ethel’s elating nature. However, Norman’s agonistical nature spurts when his daughter, Chelsea (Jane Fonda) shows up at the cabin for his 80th birthday. She has brought her new dentist boyfriend Bill Ray (Dabney Coleman) and his 13 year old son Bill Ray Jr. (Doug McKeon). As soon as Norman welcomes Chelsea, we could feel that they have never gotten along together. Norman is jubilant enough to make fun of Bill Ray. When Bill asks to sleep in the same room with Chelsea, Norman asks: “Would you like the room where I first violated her mother”. 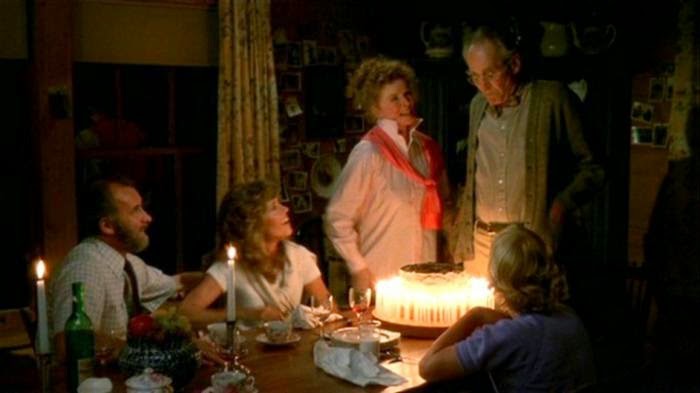 Next day, Chelsea informs that she is going to leave Bill Ray Jr. with them, as she and Bill Sr. is going for a month-long vacation in Europe. The boy feels that he has been rejected and been remanded with these inactive people. Initially, Norman cuts through the boy’s veneer and the couple takes him under their wings, teaching him how to fish. Despite, Norman’s martinet nature he develops a strong bond with Bill Jr., and Ethel remains calm and reassuring as always.

“On Golden Pond” surely packs in certain amount of saccharine qualities, but it doesn’t get drenched in mawkishness. It is subtle and genuinely moving at key moments, especially in the final ‘near-death’ scene. The primary characters in this scene have a heart-trending conversation about mortality (it’s no wonder that Ethel Thayer’s words, “Listen to me, mister. You're my knight in shining armor. Don't forget it. You're going to get back on that horse and I'm going to be right behind you, holding on tight and away we're going to go, go, go!” is named as one of 100 top quotations in American cinema).  The film’s power to move its viewers to tears wouldn’t have been possible, if not for the rich performances from Henry Fonda and Katharine Hepburn.

Fonda, in his final screen role, is both heart-breaking and mirthful. He perfectly showcases aging people’s tendency to withdraw and their slightly domineering nature. Also, look out for that poignant moment, when Henry Fonda gets teary-eyed, when his daughter touches him after a reconciliation of sorts. That moment was so simple, but the emotions displayed were very genuine. Contrary to Fonda’s character, Hepburn finely displays that bright spark of life. Her energetic, ever caring, and optimistic nature shows us that aging could also be enjoyable if approached from the right perspective. Ethel’s nature would remind us of our own grandmothers, whose existence saved those grandfathers from being a recluse. If you had to point out a vital flaw, I would say that there could have been little depth in the relationship between Norman and Chelsea. We don’t definitely feel for Jane Fonda’s character, since her conflict with the father is tritely defined with words ‘inferiority’ and ‘neglect’. 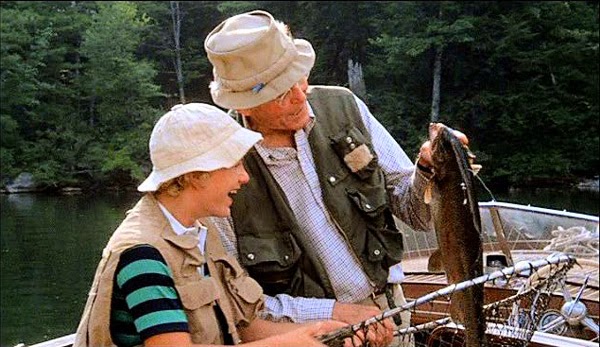 “On Golden Pond” (109 minutes) is a simple, uplifting movie about an elderly couple. Despite a few melodramatic tones, the masterful performances stay perfectly in tune with the film’s emotional core.