Marshland -- In the Murky Waters of Spanish History 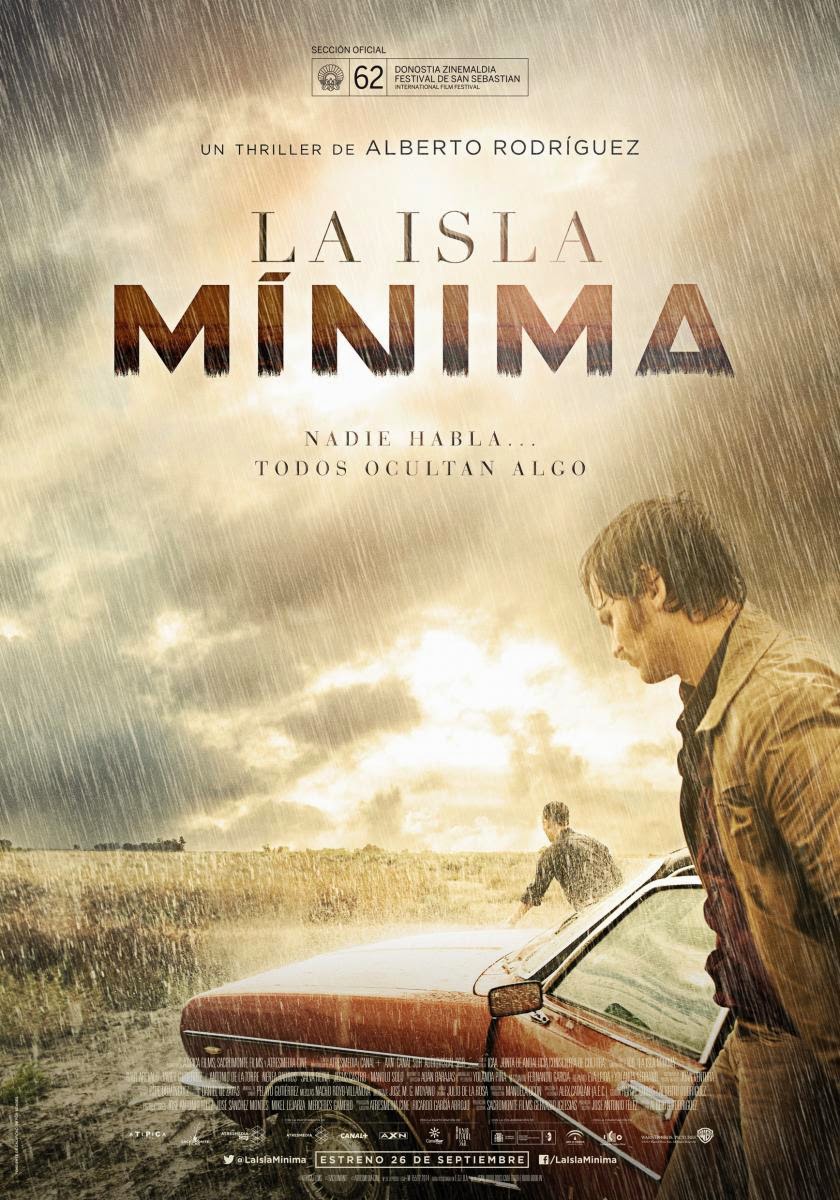 Alberto Rodriguez’s atmospheric thriller “Marshland” (‘La Isla Minima’, 2014) opens with stunning aerial shots of the convoluted landscape of Guadalquivir wetlands (a major watercourse of Southern Spain), which somehow resembles the intricate structure of human brain cell. When the camera comes to the ground level, we can estimate that the eye-popping landscape really do have some intricate sociopolitical structure like that of the brain cells. There is something unique about the small towns in the wetlands as fields of rice is cultivated in land criss-crossed by waterways and roads, but there’s civil unrest in the towns like the rest of Spain. The year is 1980 -- one of the decisive years in the Spanish history.

In 1939, Spain emerged from the civil war, carrying acerbic economic problems. Francisco Franco won the civil war, leaving at least half a million dead, and by seeking help from the Nazi Germany and Fascist Italy. Franco embraced dictatorship and dumped all his political and ideological enemies into concentration camps, forced labors. Although, Spain had the fastest economic growth in the 1960’s and early 1970’s, the transition to democracy seemed possible only after Franco’s death in 1975. However, the oil crisis of the 1970’s once again heavily hit Spain’s economy. In 1980, Spain’s unemployment rate surged to a breaking point, causing civil unrest. In that 1980, two detectives – Juan (Javier Gutierrez) and Pedro (Raul Arevalo) – travel from Madrid to the Deep South town to investigate the mysterious disappearance of two teenage sisters after the local festivities. 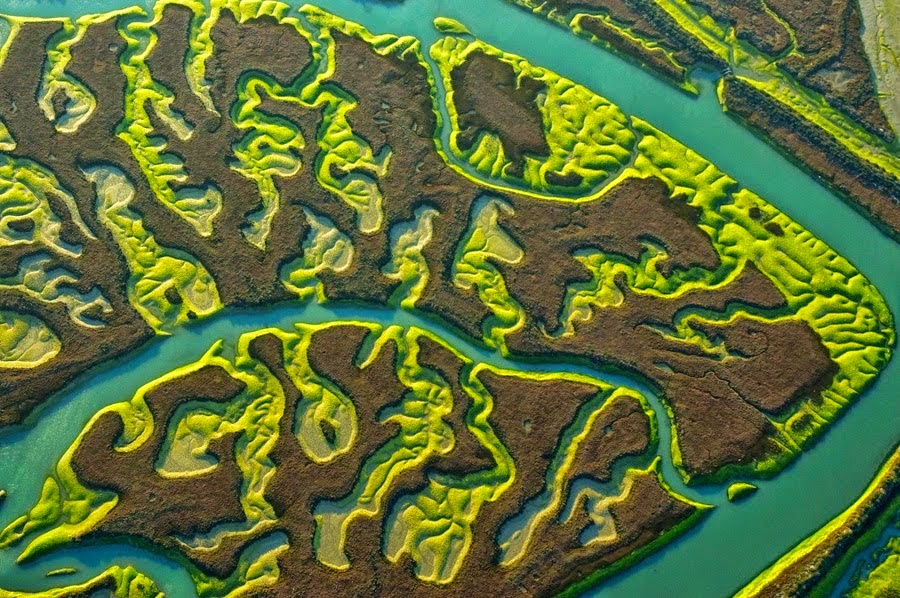 A crucifix on the cops’ hotel room features cut-out photos of Hitler and Franco, which indicates the nation oscillating between dictatorship and democracy. Pedro is a rookie, who has left his pregnant wife in Madrid. Juan is a hardened, old-school cop, who might have worked as a henchman in the Franco regime. The villagers watch the detectives with suspicion. Since the harvest season is coming forth, the farmers view the city detectives as a bad omen. Moreover, the two disappeared girls seem to have a bad reputation.  The girls’ father remains aloof, while the mother’s face shows all the signs of abuse. When her husband’s back is turned, she hands over to Juan, a semi-burned negative strip with pornographic images of the girls. Later, the bodies of the sisters are found naked and mutilated in a ditch. The girls’ father has enough reasons to suspect the local drug mafia, but the detectives find out that two other girls have also disappeared, and a striking pattern emerges between all these girls’ disappearance. 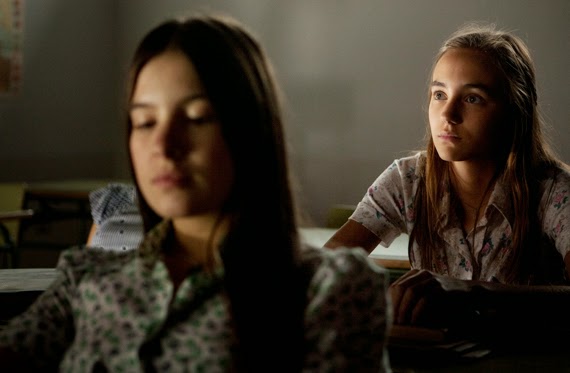 The raw beauty of the landscape (impeccably shot by Alex Catalan) is often juxtaposed with the town’s deep mistrust and unrest. Although these microcosmic shots resemble David Lynch’s works, director Alberto Rodriguez has mostly placed his narrative within the David Finch territory, unveiling a morbid atmosphere. It’s ironic that most of the girls want to escape the rich landscapes, fearing the clutches of unreformed masculinity. The town’s communal atmosphere itself plays a vital role in stopping the cops from catching the killer as corruption and power of the previous repressive regime is still fighting against the alleged democracy. 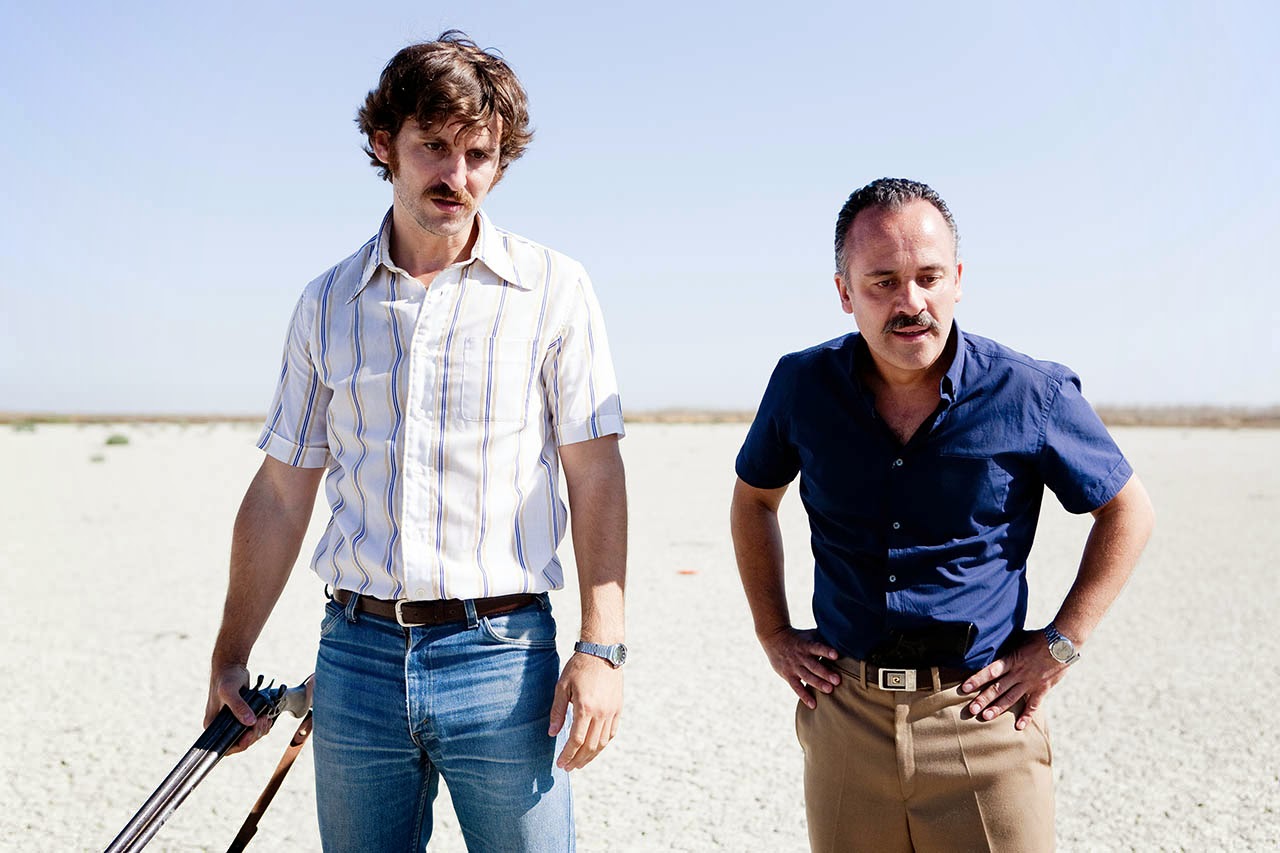 The intense, uneasy relationship between Pedro and Juan evokes the “True Detective” TV series, although this one looks little cliched in the end. Juan’s character is well-etched out, subtly indicating his haunting past. His calm assurance and quick answers are as disquieting as the serene swamplands. The sequences involving Juan and a psychic fisher woman looked a bit hokey. Director Rodriguez has deftly filmed the action sequences, especially the nighttime car chase on a difficult terrain. The script (by Rafael Cobos and Rodriguez) perfecly brings together the sociopolitical elements within the thriller format. But, if you have read or watched enough crime/thrillers, the twist would seem fairly predictable. The drug-business sub plot only serves to distract the viewers. Since more attention is given on atmosphere, there are certain stereotype characters like that of a disillusioned journalist, who wants to become the next ‘Truman Capote’ and local factory owner.

“Marshland” (105 minutes) may not be the edge-of-the-seat investigative thriller, but it must be watched for its political nuance and stunning, eerie atmosphere. The film recently swept 10 ‘Goya awards’ (Spanish equivalent of the Oscars).