Topsy-Turvy – A Quirky and Enlightening Study On Artists’ Creative Process 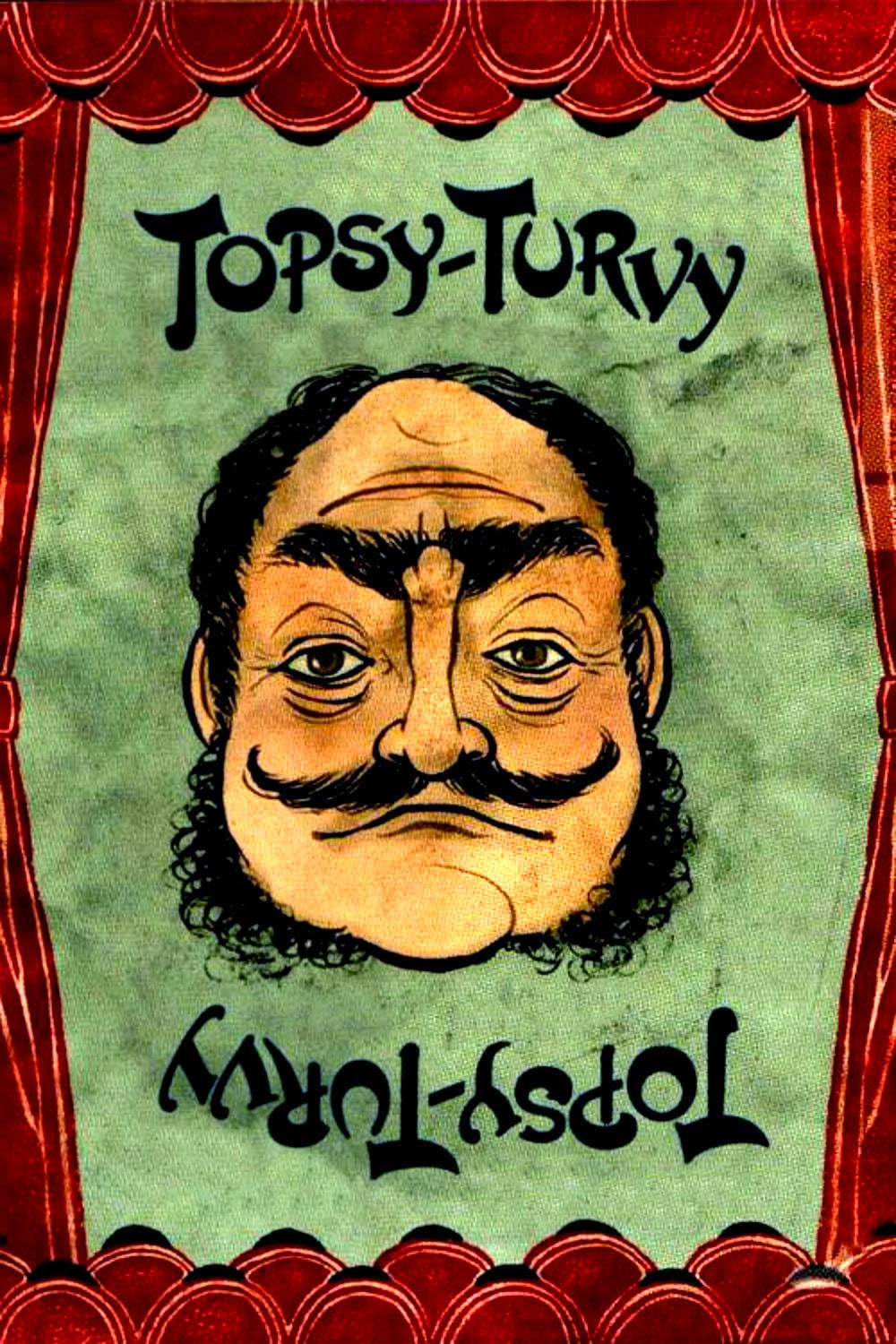 British auteur Mike Leigh is at his best, when he opts to make character-driven stories in a fresh and unpredictable setting. His tragicomedy masterpieces like “Naked” (1993) and “Secrets and Lies” (1996) explored the downcast lives of working class people with hopefulness and with a potent dose of politics (although not as strong as you find in Ken Loach’ movies). But, Leigh’s oeuvre took a different turn when he left the contemporary proletariat and chose to make character studies on the upper-class, 19th century lyricist and composer – William Schwenk Gilbert and Arthur Sullivan. The much-respected duo in “Topsy-Turvy” (1999) dominated the London Theater from 1871 to 1886, writing nearly 14 highly prasied operettas. The movie’s title refers to Gilbert’s light-hearted comic stories (called as Topsy-turvydom) that fiercely rely on a contrivance of some kind.

Although “Topsy-Turvy” looks at the Victorian era, wealthy opera architects, Leigh imbues the movie with his trademark sense of humor and creates humane characters that are likeable as well as flawed. The story opens in 1884, when things aren’t looking good for the Gilbert & Sullivan duo as their production “Princess Ida” witnessed a big flop. The sickly Sullivan (Allan Corduner) – the genius composer -- wants to create something grand and original. He is tired of using his full music potential to compose routine, catchy tunes for Gilbert’s stories of ‘Topsy-turvydom’.  Gilbert remains sour about the critics’ complaints that he re-hashes his own old formulas (which are always about characters getting transformed by magic potions).

He also couldn’t contemplate why Sullivan is refusing to compose for his next musical, which as usual is about alchemy. The impresario Richard D’Oyly Carte (Ron Cook) struggles to keep the renowned partnership and asks Gilbert to write some serious opera. Gilbert’s mind-set is reinvigorated when his abiding wife Kitty (Leslie Manville) coerces him to accompany her to a Japanese cultural exhibit. The tea-house rituals, samurai swords, and kimono-clad Japanese women enamor Gilbert to depart from his usual routine and come up with a powerful tale of ‘Mikado’. The vital part of the movie intimately details the preparations that went around this outlandish, innocuous opera. The professional and personal struggles of those involved on-stage and off-stage are brought to life vividly. 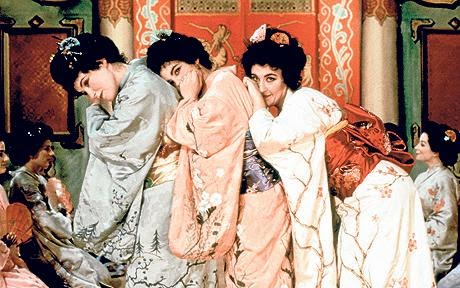 The director and script-writer Mike Leigh, as usual, has walked a deft line between the comedy-drama lines. His obvious devotion to this odd material is surprising, especially after considering his previous works that portrays the turmoil in modern British life. The meticulous details he infuses into each characters makes ‘Topsy-Turvy’ different from other stiff, Victorian-era dramas. The witty dialogues keenly observe the life on 19th century London. The period’s new contraptions like telephone and ink pen leads to some amusing observations. When D’Oyly hands over a pen and says, “It’s a reservoir pen. It has its own ink”, to which Sullivan exclaims, “Good gracious me! Whatever will they think of next”? Gilbert’s father character appears for a single scene, when Gilbert shouts through the telephone, receiving a coded message. The father wryly observes this theatricality: “One might as well open the window and shout down the street”. In that small sequence, we also get to know the estranged relationship between Gilbert and his parents.

Leigh doesn’t try etching a portrait of just Gilbert & Sullivan. He also concentrates on load of characters that inhabits the parts of the play. The dressing room gossips, business negotiations, Sullivan’s R & R in a brothel; and the fragile nature of actors convey the desires, flaws, contradictions, and pain of all the characters involved in the movie. Leigh’s camera even cuts to a chorus girl in the backstage, ambitiously mouthing the lead's lines. Leigh comes into the central plot of ‘Mikado’, until almost an hour into its running time, but the script doesn’t feel drawn-out. Apart from the wonderful droll dialogues, there are also dark, graphic glimpses about the life of stage heroes. Similar to Robert Altman’s works (“Nashville”), in “Topsy-Turvy”, Leigh perfectly brings out the involved players’ emotional undercurrents rather than fine-tuning the humor out of somber moments. 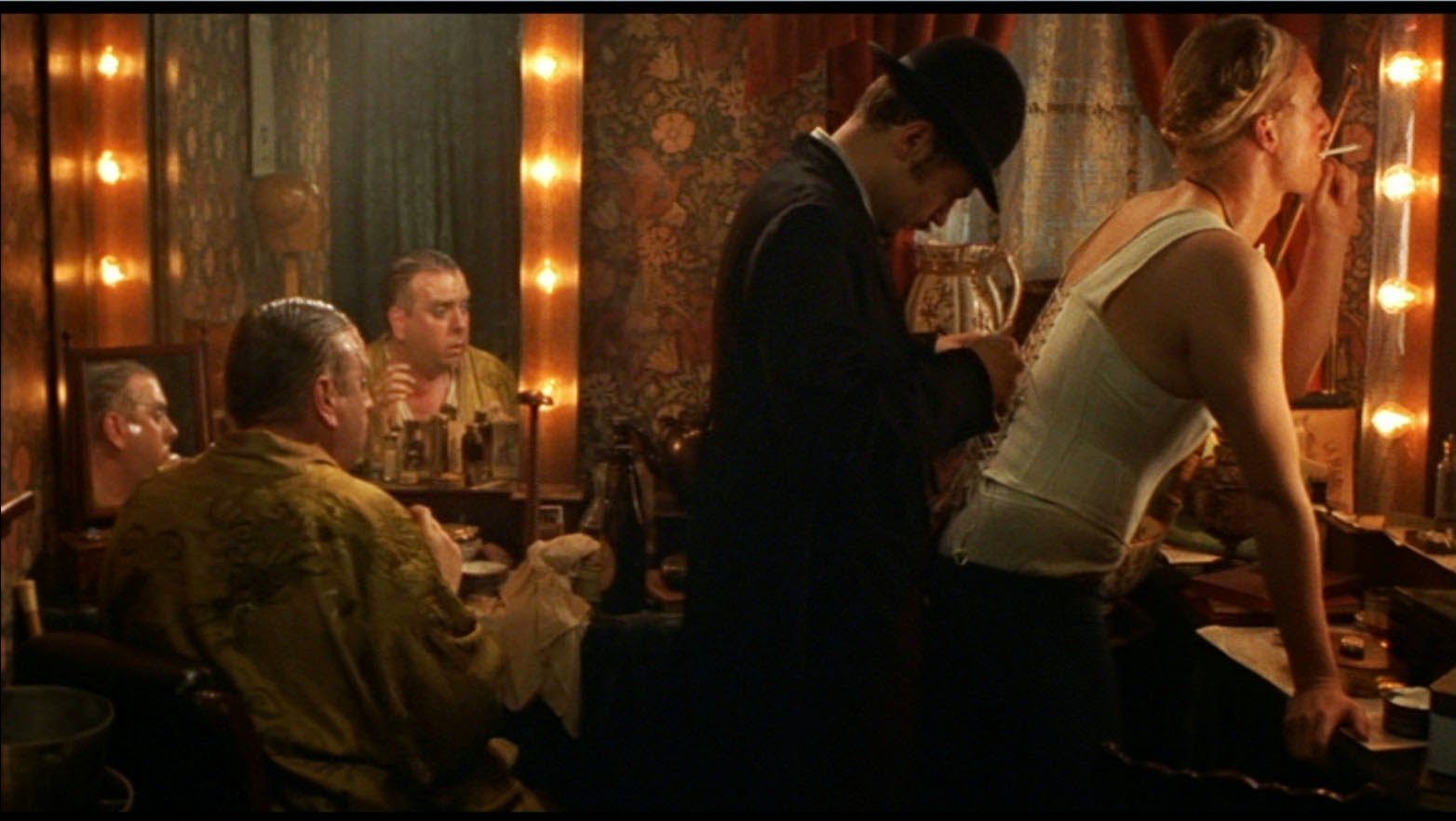 The lack of a polished script doesn’t endanger the movie’s flow because of Leigh’s uncommon method of involving passionate actors in the creative process of forming the script. The character study literally stops at time to observe the entire musical number staged on-screen. Initially, this show-stopping numbers may seem unnecessary, but as we accompany ourselves to this rhythm, we get to understand a lot about the central characters through these musicals than the regular narrative. The circumscribed improvisation by the cast involved also makes the performances less schematic (which ironically contradicts Gilbert’s own famous remark: “every performance is a contrivance by its nature”). 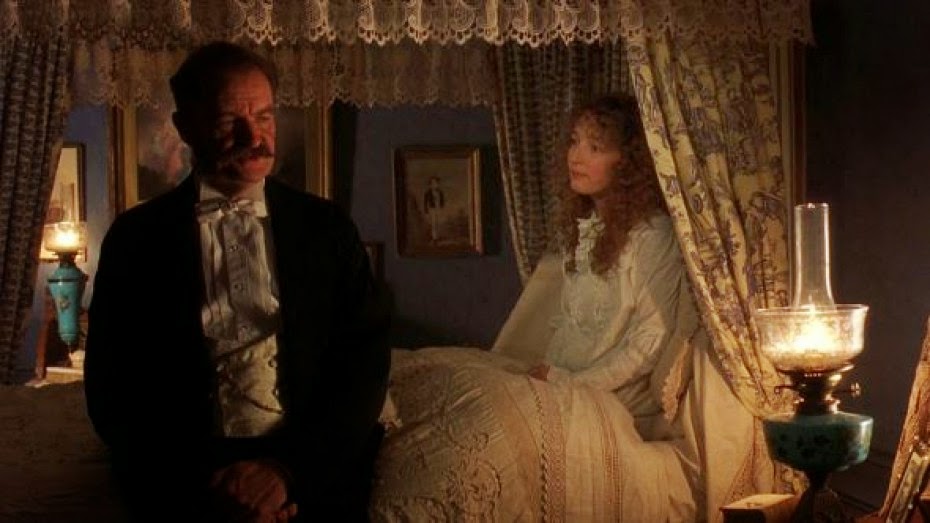 Allan Corduner and Broadbent turn the operetta duos into a complicated, fascinating people. Their performances make it clear why these two obstinate men, who aspired for greatness, needed each other for support and immense success. Broadbent’s dour-faced, sanctimonious dialogue deliveries are a delight to watch (especially when he describes his mother:"the vicious woman who bore me into this ridiculous world. No one respects her more than I do and I can't stand the woman!”). Leigh’s favorite actor Timothy Spall turns in a poignant performance in the small role of Robert Temple. Lesley Manville, who played Gilbert’s wife ‘Kitty’, could be singled out among the load of good supporting performances. She wondrously conveys the pains of being a life-partner to a self-centered artist in a scene, towards the end (Kitty to Gilbert:"I should rather like to be an actor, upon the stage. Wouldn’t it be wondrous if perfectly commonplace people gave each other a round of applause at the end of the day? Well done, Kitty, well done!”).

“Topsy-Turvy” (154 minutes) is not just a character study about upper-class people, who inhabited the ancient, London theatrical world. It touchingly reflects the shortcomings and follies of human nature. You could feel the universality of the film’s theme, especially when Gilbert gruffly observes, “There’s something inherently disappointing about success”.