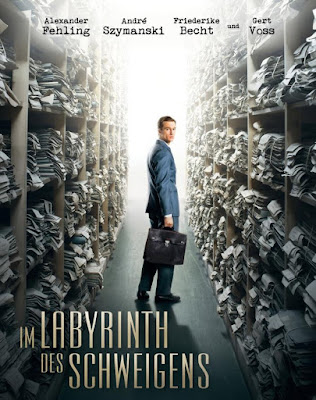 “In an age of universal deceit, telling the truth is a revolutionary act”
------- George Orwell

Fritz Bauer is a hero. A man, who stood for truth and raised his voice when most of his fellow citizens hid behind a carefully constructed facade. He was West Germany’s Attorney General and the driving force in making his country accept and discuss its Nazi past. Bauer, a Jew and Social Democratic Party activist went into exile (in Sweden) during the Nazi era. The late 1950’s and early 1960’s was the time when West Germany strengthened its ties with ‘West’ and reconciled with Israel. So, from a political point of view, the leaders & bureaucrats wanted the terrible past to be swept under or forgotten. But, Bauer led the criminal investigations of former Nazis, who held positions in judicial system to political offices. The grim truth about Auschwitz and the public trial in 1963 wouldn’t have possible if not for Bauer’s determined efforts. German actor/film-maker Giulio Ricciarelli’s debut feature “Labyrinth of Lies” (2014) is a dramatized account of the investigations that led to 1963 Auschwitz trials.

Nevertheless, “Labyrinth of Lies” is not about Fritz Bauer (look out for “People vs Fritz Bauer” which is said to pay fitting homage to the man). Its protagonist is a fictitious young prosecutor Johann Radmann (Alexander Fehling). In real-life, Joachim Kugler and Georg Friedrich Vogel were the prosecutors, but to provide a typical emotional attachment, the primary characters fictionalized. Radmann is portrayed as an upright idealist and naive about the holocaust, like many young people of his generation. He has grown tired of trying traffic violation cases and just when he thinks he is ready for the big ones, journalist Thomas Gnielka (Andre Szymanski) storms in the prosecutor office and demands to identify those who participated in Holocaust, whom are roaming freely and relishing with administrative jobs. 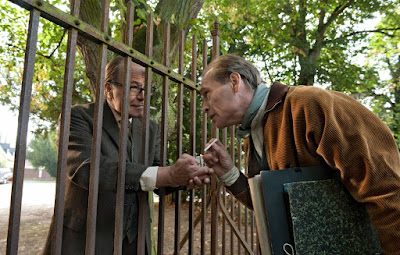 Radmann for the first time hears the word ‘Auschwitz’ and does little research on the journalist’s accusation. Soon, he gets the support of attorney general Fritz Bauer (Gert Voss) and asks Radmann to lead the investigation. Bauer and Radmann’s efforts, however, were met with ridicule and hostility. Even his colleagues feels it would be better to cover-up the past. But, Radmann brings in camp’s survivors, whose testimonies shake him to the core. The abominable experiments of Dr. Josef Mengele in Auschwitz camp disturbs him so much that he becomes completely distracted from overall investigation. His emotional downfall is further accentuated by ugly truths, administrative blunder and overall ignorance of the average Germans. 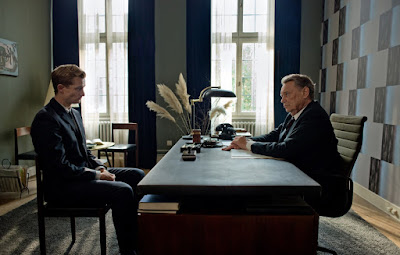 Director Giulio Ricciarelli shows enough restraint in revealing the horrors of holocaust. An Auschwitz camp survivor starts telling his gruesome experience, and the director cuts to a closed door. Little later, the teary-eyed secretary (who sat at her steno desk) silently comes through the door. In fact, except for the one occasion, we never hear what the survivors went through, but instead the sequences are meshed with choral music and concentrates on the blank faces of the persons. Bauer and the fictional Radmann’s story aren’t about Holocaust or Auschwitz trials; they are representation of indispensable voice, who relentlessly question at a morally vacant, self-satisfied society. And so, the directorial efforts don’t concentrate on the facts behind holocaust. Director Giulio is rather interested on the question of how average citizens could stand behind atrocities committed in Auschwitz or elsewhere. However, Giulio restraint in direction hasn’t deeply entered into the pedagogical script (co-written by Elisabeth Bartel). 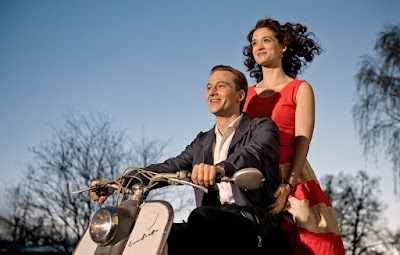 The film starts in the John Grisham legal thriller territory and gradually transcends to the Hollywood arena of righteous hero seeking truth. The script does packs in some astounding revelations about the society in denial, but for the most part the character trajectories and events are not only predictable, but also too conventional. Radmann falling in love with Marlene (Friederike Becht) and the eventual fallout with her are one of the overused elements in this kind of righteous hero narrative.  The emotional malaise of Radmann in the later part stretches a lot and even falters from a dramatic perspective. Still, two elements of the script must be commended: the accuracy with which the investigations are presented (especially the Mossad’s involvement in capturing Eichmann); and for subtly showing how the Cold War politics allowed Nazis to go scot-free. Alexander Fehling is convincing as the blond, steely-eyed protagonist. The subtle performances of Gert Voss (as Bauer) and Johannes Krisch as Simon, the man whose twin daughters became victims of Dr. Mengele (based on a real-life character) certainly elevates the material.

“Labyrinth of Lies” (124 minutes) isn’t definitely the most strong work about the Holocaust guilt in post-war Germany. But, still it remains as an accessible & thought provoking examination on how muddled the nature of evil could be.

Labyrinth of Lies -- IMDb
at December 14, 2015
Email ThisBlogThis!Share to TwitterShare to FacebookShare to Pinterest
Labels: Based on True Story, Social Drama