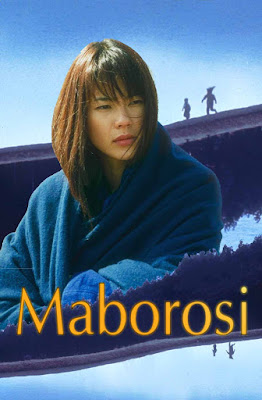 Hirokazu Kore-eda is one of the best film-makers working today, who could tell a simple story with abundance of empathy and by employing meditative visuals. His brand of humanist cinema pays homage to legendary film-makers like Kieslowski, Ozu, Angelopoulos, and Kenji Mizoguchi. Most of Kore-eda films – “Nobody Knows”, “Still Walking”, “Like Father, Like Son", etc – withholds a firm emotional core, which in the hands of lesser directors, could be easily turned into an insincere melodrama. It’s really unbelievable how Kore-eda possessed this undeniable power to construct profound visuals & emotions even from his first feature film, “Maborosi” (1995) aka “Maboroshi no hikari” (which means “a trick of light”). ‘Maborosi’, based on author Teru Miyamoto’s novel, is one of the most serene examinations of death and unresolved grief.

Yumiko (Makiko Esumi) and Ikuo (Tadanobu Asano) looks like a happily married young couple, living in the modest, working class section of the port city, Osaka. They have an infant son, Yuichi and seem content with what they have. Yumiko is only troubled by a recurring dream, about her grandmother. As was in real life, the senile grandmother walks away from 12 year old Yumiko’s house and couldn’t be found from then on. Yumiko was afflicted by her last encounter with grandmother and thinks she should have firmly stopped the elderly woman. The dream ends with a boyish version of Ikuo gazing at little Yumiko. When she recalls this dream to sleeping Ikuo, he simply says “I’m not your grandmother’s reincarnation. Keep dreaming may be she’ll come back.” He might not be the embodiment of that disappeared old woman, but he is definitely the one Yumiko loves the most. 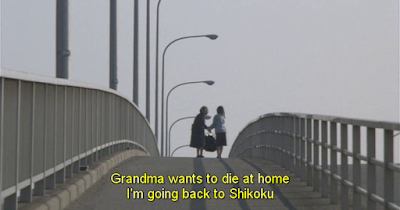 But, Kore-eda hints what’s going to happen to their relationship, as we see in an earlier shot, where the couples recede over the horizon. There’s no denying of fondness between the couples, but an elusive melancholia seems to have pervaded in Ikuo’s soul. One day, as Yumiko waits for her husband to return from work, a policeman knocks on her door and later revealed that Ikuo has committed suicide by walking onto a train. Instead of loud wails, we Yumiko descending into an emotionless state. Time passes and for the sake of her son, she accepts a marriage arrangement with a widower Tamio (Takashi Naito), who lives with his little girl & elderly father in an idyllic fishing village. The new surroundings, especially the cordial people of the village bring little happiness to Yumiko. But, still the huge root of sadness within her, ponders one question: Why Ikuo took his life? 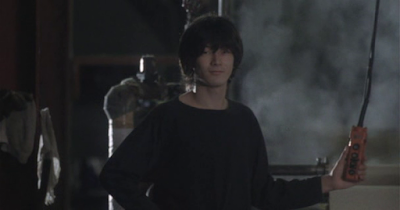 “Maborosi”, of course, isn’t a mystery that tries to provide answers about the depressed mind-set of Ikuo (just like what the title implies – a mirage or phantom). It’s more about how Yumiko braves her soul through these scathing emotional punches. Films tracking down a despondent characters’ emotional pain are abundant, but still what makes film like “Maborsi” or “Three Colors: Blue” (which is also about a woman haunted by sudden demise of husband and daughter) standout is directors’ command over the composed images. There are no common two-shots or closeups that feeds on Yumiko’s sadness or histrionics. Kore-eda observes his characters from a distance and sometimes their figures are consumed by the humongous landscape (as if to say that we can’t find answers to all in this large place), but still he is able to trigger our empathy and our ability to grasp the protagonist’s turbulent mentality. The director (& cinematographer Masao Nakabori) creates a mood of melancholy only through low & natural lighting. 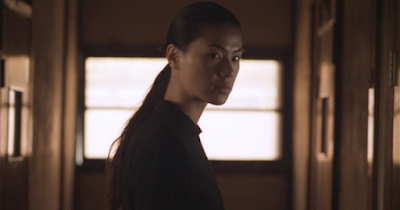 As Yumiko moves onto the fishing village, we know she has suffered, not one but two unresolved losses in her life, for which she feel responsible in a way. Life is a very fragile thing for her at that moment. But, still she has chosen the new life to resolve things, especially for her little son. Yumiko’s fresh encounters with Tamio or the wise villagers (including a strong, old woman, who takes her boat daily to fish) gradually brings her out of the sorrow and note how these sequences are either brightly-lit (than the later sequences) or shot in sun-drenched outdoors. When Yumiko makes that trip to Osaka, we know something is going to trigger her guilt & other suppressed emotions. But, once again, Kore-eda incredibly showcases this emotional descent through reflective images. Yumiko’s change of perception or a slight irritation over Tamio’s indifference (like their contradiction over spots-freckles) isn’t overplayed. We expect a shouting-match or thrashings in the scene, when Tamio arrives drunk, late into the night and calls her ‘a liar’. But that scene takes us step further into Yumiko’s complicated thoughts (“Call me when you’re going to be late. I’m worried about you”……….”How could you marry me after losing someone so special?”). 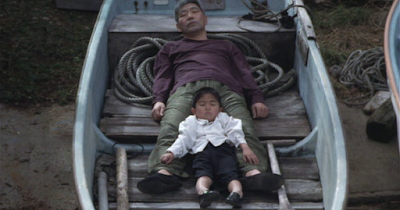 A little bell attached to cycle key (Ikuo’s cycle) becomes an incredible symbol of lamentation. Towards the end, we see Yumiko as if in a trance, following a procession of mourners, wearing bells (Kore-eda frames the group from a long distance, encompassing large grey sky). The cremation and the ensuing conversation bring a perfect closure to Yumiko’s mourning period. There are also other symbolical representations: the hollering of sea representing Yumiko’s desolation; a dark tunnel leading to sun-lit surroundings becomes a symbol for rehabilitation or renewed hope; frames showcasing Yumiko through half-closed sliding doors represents her emotional confinement. And, there are many such symbols in the narrative (what did the abandoned railway platform represent?) that urges us to ascertain its significance. “Maborosi” includes many of the narrative tropes & personas which later became Kore-eda’s trademarks: the naturalistic observation of children; mid-shots that cover the peaceful-gathering of family (eating water-melons); not showing the moment of tragedy, etc. There are also the usual homages to ‘Ozu’ like the placement of tea-pots, beer bottles, seasonal transformations, cutting a shot to street or outdoor view, and shots of passing trains. Brilliant would seem simple word to acknowledge the performance of Makiko Esumi as Yumiko. This was her first acting role and her previous on-screen experience was only as fashion model. It is amazing how she has brought out her characters’ grief, knowing that the distant, virtually static camera isn’t going to provide any help. 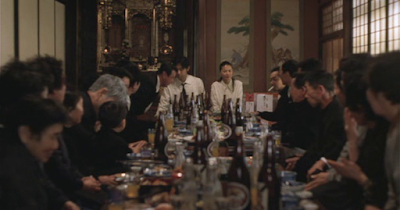 “Maborosi” (109 minutes) is about a grief-stricken woman seeking to embrace life through unbridled patience and compassion. It must be watched for its undisputedly poetic & subtle compositions.