Once Upon a Time in America, a Telephone Rang Incessantly! 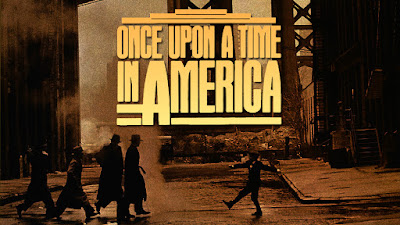 Legendary film-maker Sergio Leone’s final film “Once upon a Time in America” (1984) is arguably one of the most ambitious works in cinema. Starring great performers Robert De Niro and James Woods, the movie was drastically cut for its theatrical release (139 minutes), and a saddened Leone died five years later without making another movie. A 229 minute version played at Cannes in 1984, but only last year, a digitally restored 251 minute version, dubbed as ‘Extended Director’s Cut’ (supervised by Martin Scorsese’s Film Foundation), gave the best look yet at this masterpiece. Nevertheless, simply calling it as a quintessential work of the gangster cinema would be like limiting its achievements. “Once Upon a Time in America” recalls many of the 1930’s gangster cinemas, the era when ‘gangsters’ became a staple of American genre cinema.  As Leone himself has stated: “My movie was to be an homage to the American films I love, and to America itself”. But, the reason for the film’s unprecedented distinguished status, owes a lot to Leone’s telling of this epic story, in a manner which surpasses the limitations of a storyteller. 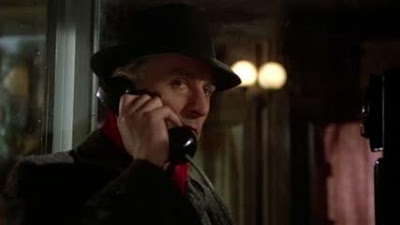 Narrative-wise, the film is about the rise and fall of two Jewish, New York gangsters (based on Harry Grey’s novel “The Hoods”) – David ‘Noodles’ Aronson (De Niro) and Maximillian Berkowitz (James Woods). A large part of the narrative is set in the prohibition era (in the 1930’s), while there’s also a narrative strand set in the 1960’s, which has the suspense elements of a thriller genre. The film possesses both a linear narrative structure as well as confusingly fractured non-linear structure that jump back and forth in time (especially in the first half-hour or so). One of the most vital moments in “Once Upon a Time in America” that impressed many movie-lovers is its audacious opening, disorienting montage sequence that first commences in an opium den. An opium reverie soothes Noodles (De Niro), but he is soon woken up by the buzzing in his mind. A newspaper article shows the charred dead bodies of some gangsters and gradually this buzzing turns into a telephone ring.

The reason for Noodles’ rendezvous in the opium den is simple: he has betrayed his lifelong friends by giving some information to police that have resulted in their gruesome deaths. This telephone rings over a succession of sequences taking us back in time, although at times we couldn’t even see a telephone in the frames. Through the loud rings, a montage cuts through the whiskey ambush, a celebration of the end to prohibition (a cake-topped coffin is inscribed with the words ‘prohibition’). At one point, a hand picks up the receiver, but still the phone keeps on ringing in the background. Eventually, the phone is picked up by a Sergeant named P.Halloran (after ringing for exactly 24 times). 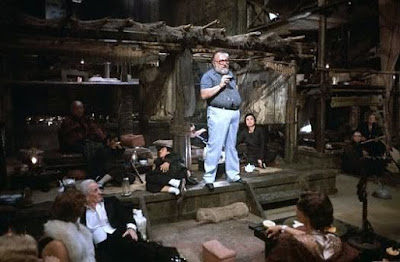 Leone, in fact shows many other phones in this opening sequence, but the one that’s ringing couldn’t be easily found because what’s ringing is Noodles’ guilt of betraying his best friends. Roger Ebert says it better: “A ceaselessly ringing telephone, ringing forever in the conscience of a man who called the cops on his friends”. It not only puts the viewer on the fragmented mind-set of Noodles, but also desperately makes them to search for a meaning in these images. As the film disentangles all its narrative strands in the 4-hour running time and ends by focusing on the gleeful face of Noodles, we can feel that the initial telephone rings were not Leone’s way of stretching Noodles’ guilt. The whole film is about how certain things (or events) and people are not like as we perceive them. By displaying the disjointed images that moves between time and space, in the opening sequence (where even sound sometimes doesn’t match that of the on-screen visuals), Leone hints at how Noodles (and ours') gained perceptions are going to be played at throughout the film’s course. 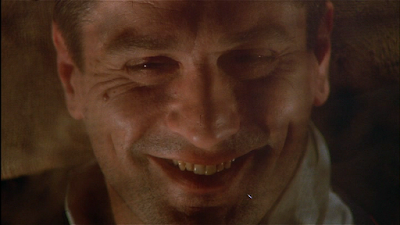 In the book ‘CrimeWave: Hollywood Crime Cinema’, it is stated that the opening sequences were Leone’s way of transferring his trademark slow, poetic Western film beginnings to a more modern ‘gangster era’ setting. This is evident when Eve enters into her dimmed apartment and finds bullet-holes in the bed, and then gradually three gun-men become visible. This sequence along with the phone-ringing setting makes it an equivalent to gunslingers waiting for the arrival of train or the squeaking of windmills in “Once Upon a Time in the West” (1968). The resonant backdrop the phone creates in order to display guilt or disorientation or to imbue a tension on viewers’ mind, is of course, couldn’t be created in our contemporary era (as ringtones & voice-mails would only annoy rather than create a brooding sense of dread). “Once Upon a Time in America” is one of the unique films, where everything from direction to production design is engaged in perfect, balletic movement. And, that ‘ringing of phone’ (along with the ‘doped up’ look in the end) is one of the most equivocal moments in cinematic history.

The whole point of the incredibly irritating telephone ringing on and on and on is a test. If you have the sense to bail at the beginning you’ll be spared the remaining 3.75 hrs dragging by. But if you interpret some ingenious artistic purpose to it and think it just brilliant you’ll imagine the lengthy remainder a joy to watch as well.