A World of Uncertainty, Absurdity and Irony 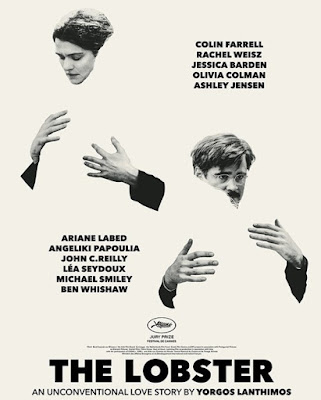 Greek film-maker Yorgos Lanthimos (now based in UK) is fascinated in exploring humans, who are isolated within a fence known as ‘societal norms’. The alleged fence alienates his characters both psychologically and physically. Lanthimos’ critically acclaimed debut feature “Dogtooth” (2009) was about a family with three adult children, who have been brought up all for their life, isolated within a walled compound, and believes in all the absurdities concocted by their father (he teaches them that cats are the most dangerous creatures in the world and trains them to bark like dogs, down on all fours). Lanthimos’ sophomore effort “Alps” (2011) was more meandering than“Dogtooth, which is about strange people, impersonating recently died ones in order to console the grieving families. With “The Lobster” (2015), Lanthimos not only makes his inaugural English language feature, but also employs a large canvasses that of a dystopian society, to reflect on the human uneasiness towards loneliness as well as relationships.


David (Colin Farrell), the middle-aged, short-sighted protagonist of “The Lobster” moves to a ‘Hotel’ in an unspecified dystopian future. The reason for David’s shift to hotel is that he has recently become single and in this futuristic society, singledom doesn’t just exude a sigh of disapproval from the regime; it is considered illegal. So, these entire single people should move to the Hotel and are given 45 days to choose a perfect, new partner. If they fail to find a partner, then he/she might transform to an animal of his/her liking. David has already chosen his animal – ‘Lobster’. The reason he states for choosing lobster is “They live for 100 years; they are fertile all their lives; I like sea” And, vitally lobsters are ‘blue-blooded’, which when used as an adjective gives a meaning of ‘aristocrats’. The hotel manager (Olivia Colman) lauds David’s decision: “Most people choose a dog, which is why the world is so full of dogs”. Of course, David could easily escape from the hotel and run into the woods to survive with the ‘loners’. But, the ‘loners’ who don’t want to follows the norms of society have their own strict norms too. And, there’s also a risk of loners being hunted down by single people from ‘Hotel’. Hunting a ‘loner’ grants an extra day for the bachelors at the hotel. 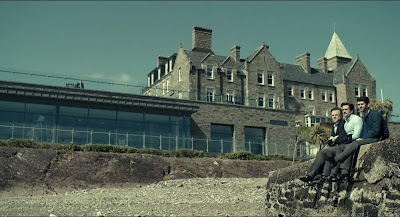 David’s fellow hotel guests are a ‘Limping Man’ (Ben Winshaw), ‘Lisping Man’ (John C. Reilly), butter-biscuit woman (Ashley Jensen), girl with nose bleeds (Jessica Barden) and a heartless woman (Angeliki Papoulia), who is a well-known sociopath, good at hunting the ‘loners’. In this dystopian society, physical traits or disabilities are considered as the foremost point in choosing a perfect partner. So, the man who limps couldn’t find a limping woman, he smashes and cuts his nose often to marry the ‘girl with nose bleeds’. When David eventually escapes from the structured & repressive setting into a more sovereign territory jungle, things does seem better. Unfortunately, here too the leader of loner (Lea Seydoux) insists on a rule: “You can be a loner until the day you die, there is no limit. Any romantic or sexual relations between Loners are severely punished” (with gruesome methods called “Red Kiss” & “Red Intercourse”). David finds being a single is good (“you can listen to music whenever you like, you masturbate whenever you like), until he finds a perfect, short-sighted woman (Rachel Weisz) in that idyllic, outlawed place. 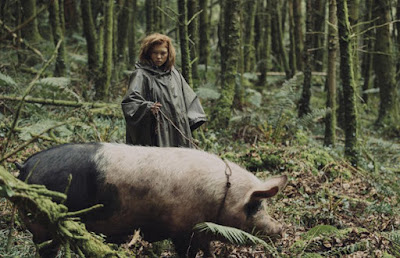 Is Lobster the perfect dystopian film? May be not. Personally, I felt that the innovative, absurdist vigor of the script gradually fizzles out in the third act. But, this is definitely one of the best dark comedies in recent times and Lanthimos’ most accomplished work. Lanthimos and his co-writer Efthymis Filippou has mixed together the absurdist, dead pan sense of humor with that of avant-garde theatrical mannerisms. But, despite such trademark weirdness, the pathos of the primary characters nicely settles in to engage us as well as to create an unsentimental facade. The monotone dialogue delivery from the actors perfectly showcases the general hopelessness, prevailing in the hotel. And, the characters employing all sorts of nonsensical methods to find a mate and to shift to the honeymoon yacht portray the emotional stiffening of people, wanting to confirm to the societal norms (with strong doses of humor). The hotel staffs playacting in front of the single people, explaining the dangers of singledom (“Man eats alone”; “Man eats with Woman” sequence) are absolutely hilarious. Nevertheless, beyond exhibiting the human absurdity, Lanthimos’ sarcastic vision is intent on contemplating on the uncertainty of human mind, desperation, and loneliness and on how ‘obsessed’ we are about our defining physical characteristics. 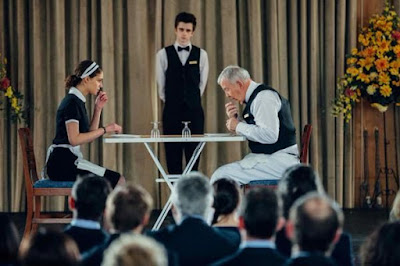 The film opens on a note of uncertainty. The opening shot focuses on a woman’s face driving through the rain. She gets off at a point and shoots a donkey. The woman is never again is seen in the film and the reason for that scene is never explained. Is the donkey, the woman’s former lover? Is she mad at the donkey for leaving her to lead a limited, single life? We don’t know. May be she found a defining characteristic on the animal, like the one she might have witnessed on her lover/partner. The same uncertainty is pondered over by the ‘limping man’, when he talks about his mum, who was turned into a wolf. He wanted a hug so bad from his mother and jumped into the wolf-cage, although he was not sure which of the wolves his mother is. Eventually, he was turned into a ‘limping man’ by a raged wolf. The uncertainty faced by some minor characters is gradually entrenched in the narrative, where key events or decision ends up on a note of uncertainty (like the loners’ mission sequences at the hotel & yacht). Is there really a magic machine that turns humans into animals? (“Lobster” never gives us a “people are soylent green” moment). When the short-sighted woman, played by Weisz, gets blinded by Loners’ leader, she asks “Why me, you could have blinded him”. Does that statement a reflection of loners’ self absorption and ego or does it simply says that her interest in love is only skin-deep? And, of course the biggest of uncertainty is saved for the last, when we and the short-sighted woman frustratingly wait for a closure. 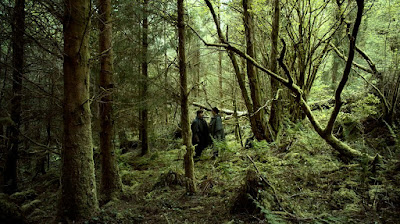 Director/writer Lanthimos’ features are always interested in asking us about the doubtful nature of human feelings and experiences. The dubious, sexual experiences of the siblings and the increasingly disturbing behavior of the patriarch in “Dogtooth” blunt our senses because we aren’t offered any window to grasp their intimate emotions. Desperation and loneliness exudes from the actions of the characters. In “Lobster”, the plainly desperate & lonely biscuit woman says, “Can I come to your room? I could give you a blowjob or you could fuck me……” But love and other enlightening emotions are mostly absent in Lanthimos’ characters. And, people in his film are always intent on figuring out others' true emotions. The whole episode of ‘Heartless woman’ rests on her testing David that whether he is truly hardhearted. But, where Lanthimos’s cynical eye wants to take a dig is in questioning our preoccupation with relationships. From David to limping man, everyone go to extreme lengths to prove their compatibility to likely partners, although this relationship never the pleasure of a true companionship. From seeking love to relationship to sex, conforming to conceived social norms is at the forefront, where pleasure remains some indecipherable thing. Herein lays the central irony of the film: People seeking companionship to feel more alienated & repressed. 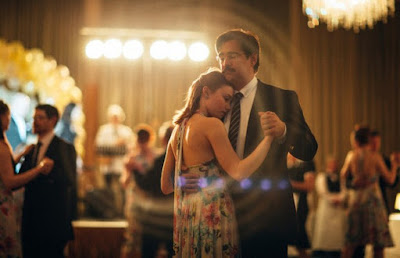 Lanthimos’ cynical view doesn’t contain itself to showcase the structured ideals of the hotel; his view ponders over the options in a more free-flowing ‘loners’ society too. The loners extremely hate the societal norms set about relationships. Loners and the people in ‘Hotels’ take careful measures to differentiate themselves from one another, although humans from both these groups are trapped within some opposing, destructive ideal.  And so these polarized societies, which David encounters, become a metaphor for nonsensical, self-perceived ideals at two extreme points.


Technically, “Lobster” is the best of Lanthimos’ three features. From the ironic detachment of camera to sombre color palette to a pushy score, everything conjoins well with the tonal arcs of the script and performances. If you are an observant movie & literary lover, a mixture of visions from Haneke, Kubrick (the slow-motion shots looks like a nod to the directors’ dystopian vision), Luis Bunuel, Kafka, and Aldous Huxley could be found. The uninvolved frames of the ‘hotel’ make us think of Bergman’s “The Silence”, where a hotel itself becomes a separate entity. The existential, poker-faced protagonist also reminisces of Charlie Kaufman and Spike Jonze characters.

“The Lobster” (118 minutes) is a brilliantly executed, oddball love story. It simply asks, ‘whether true love a possibility in an emotionally barren, dystopian landscape?’