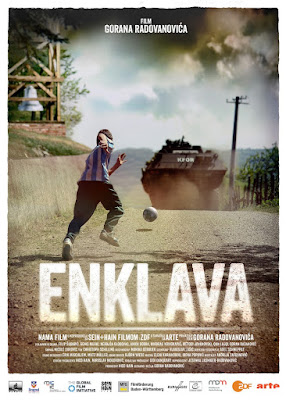 Goran Radovanovic’s “Enclave” (aka “Enklava”, 2015) is yet another delicate drama that is set in the tension & chaos filled Balkan region. Like many of the films from the region, “Enclave” too explores the past, traumatic ethnic conflicts through the eyes of children. But, still the film weaves a compelling atmosphere and is benefited by good performances to harness considerable, emotional resonance upon the viewer. “Enclave” is a slow-burning drama that addresses one of the least addressed issues in media: the persecution of Christian Serb minority in the Kosovo region. Director Goran haven’t burdened the story with the details about conflicts in Kosovo, which on one hand, allows us to be engrossed with the character’s plight, as well as to easily draw parallels on the current migrant crisis that is agitating and challenging the demographic future of European continent.

“Enclave”, Serbia’s foreign-language Oscar submission, opens in a class room in 2004 (5 years after the 1999 conflict) comprising of one student and one teacher. The 10 year old boy named Nenad (Filip Subaric) is loudly reading his essay homework, titled “My Best Friend” to his emotionally detached teacher. Nenad, who lives in the isolated Serbian quarter of a Muslim majority village in the Kosovo region, has only one best friend, i.e., his grandfather Milutin (Metodi Jovanovski), whom is also about to die. Nenad’s father is an alcoholic, depressed widower. The boy rides to school everyday in the dark, armored vehicle, written KFOR (Kosovo Force) on its side, driven by some cynical European soldier. Apart from grandfather, the orthodox priest Draza (Miodrag Krivokapic) provides some pastime for the lad. 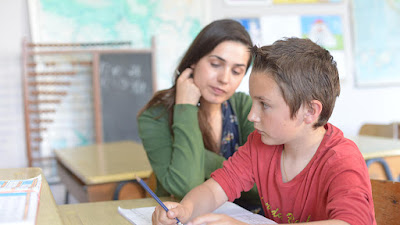 Father Draza is on a mission to restore the village’s Church bell tower and to buy a new, giant bell. The hatred in the society is omnipresent and a fiery, sheep-herding teen Bakshim (Denis Muric) seems to be a representation of the inherent hate. The boy’s father is killed in the NATO bombing, in the 1999 conflicts and is taught to see the Serbs as responsible parties for the killings. A wedding party unfolds on the Muslim neighborhood, while Nenad’s family prepares for Milutin’s funeral. A web of trivial things brings together both Nenad and Bakshim into an enclave. A gunshot is heard near the bell tower which might have tragic, nonredeemable consequences.


Goran Radovanovic’s script tries to approach the simple plot structure from an allegorical as well tangible, emotional level. Nenad’s daily journey undertaken on the armored vehicle is an obvious allegory for orthodox Serbian minority in Kosovo, which survives on the back of international community. The claustrophobic, enclosed nature of the vehicle, the recurrent persecutions like power cuts or cattle thefts also allows us to connect with the characters on a pure emotional level. The narrative is drenched with symbolism and hints (some are subtle, while some are irritatingly obvious). The Church bell is one of the often repeated symbols in the film, which represents a ‘call for awakening’. Father Draza innately believes that the restoration of tower & the bell would call up for redemption of chaos-driven souls. 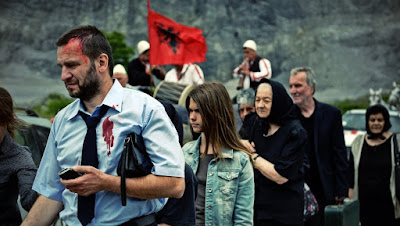 Director Goran uses trigger shots in vital places of the narrative to signal the escalation of the imminent disputes between the two communities. In one scene, while Nenad plays in the water with his Albanian friends, his red-colored cloths (red, the color of extremes) are washed away by the streaming water, which clearly represents the alteration in temporary peace period. There are also recurrent shots of cows, symbolizing the need for finer virtues and gentleness. Goran and DoP Axel Schneppat impeccable use their documentary background to conjure up an air of tense, gritty realism. The duo has diffused good range of visual details into the frames that brings empathy to the characters rather than a forced sentimentality. The ensemble cast, particularly the primary pre-teen boys, Subaric and Muric, has done their part to perfection. Subaric is appealing and keeps us on the edge to know about his fate, although Muric gave a far good performance, transcending the single-dimensional character sketch. The primary flaw in the narrative is the portrayal of the Islamist family as determined radicals. Nevertheless, the viewers’ affinity to this tale would be based upon their perception of the tale’s little bumpy closure. The ending not only provides an affirmative answer to the question, ‘is it possible for the ethnically distinct community to co-exist?’, but also showcases the bleaker prospects for migrants, even in what’s perceived to be a ‘normal’ society. The film’s last shot iterates that the people who are displaced from their homeland would forever be in an ‘enclave’. 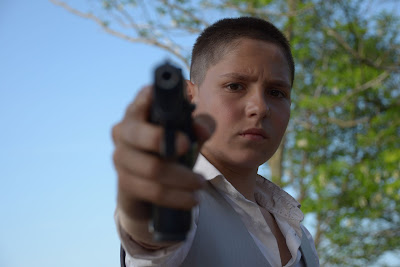 “Enclave” (92 minutes) is a consistently engaging and poignant drama that is set in the overly familiar, ethnic-conflict terrain. It is a vital and timely tale, although not the best of films, based on the Balkan region conflicts.

Looking Forward to see this.Thank you for nice review.