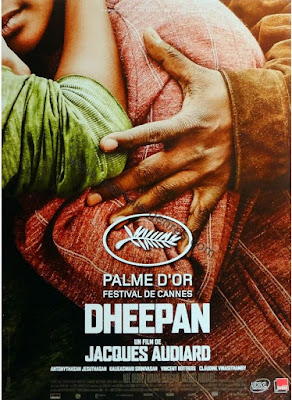 Jacques Audiard is fondly called as ‘French Scorsese’ by art-house audiences around the world. Like Scorsese, he likes to observe the outsiders or outcasts of the society. Audiard’s protagonists hail from the lower rungs of society. A gangster in “The Beat that my Heart Skipped”, a young Arab prisoner with an intention to become a mafia kingpin in “A Prophet”, a bouncer in “Rust and Bone”, and ex-convict in “Read my Lips”. He most often takes a simple, generic plot and mixes his own brand of lyricism and violence that becomes strangely beguiling. Audiard’s earlier films like “See How they Fall”, “A Self Made Hero” and including “The Beat…” had charismatic, well-known French heroes, whose characters plunged deep into the underbelly of a social institution. But, with “A Prophet” and “Rust and Bone”, even the actors were outsiders (Tahar Rahim & Matthias Schoenaerts), whose day-to-day survival and emotional healing became a far more high-wire act. With Palme d’Or winning “Dheepan” (2015) Audiard selects an inexperienced, unknown actor as his protagonist to offer an empathetic portrait of a refugee, trying to adapt to an exhausting daily grind.

Probably the first question one might have after watching “Dheepan” would be “Did it deserve to win a Palme d’Or?” Why Audiard’s most subdued and leaner film was was bestowed with a prestigious award, when he more than deserved it for “A Prophet”? (In that year Haneke’s “The White Ribbon” took Palme d’Or). “Dheepan” certainly didn’t satisfy me as much as Audiard’s “Prophet” or “The Beat…” There are some bewildering and overly conventional plot elements, which doesn’t create as much impact as Audiard wanted it to be. But, if we could forget the post-Cannes buzz and see “Dheepan” as a micro-level extension of Audiard’s favorite themes (poverty, violence and redemption), we could connect with the refreshing aspects of the film. First of all, it is bold and even insane to make French film, set in France, where characters predominantly speak in Tamil language. Audiard’s impeccable aesthetic details along with agitated performances of the leads are the strongholds for the movie. 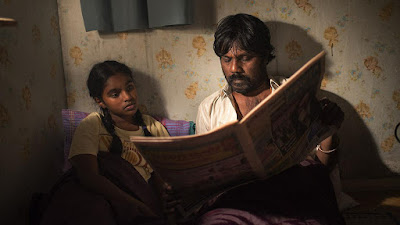 “Dheepan” opens on a parched landscape, littered with palm trees, where Sivadhasan (Jesuthasan Anthonythasan), a LTTE warrior stands with an empty look as the dead soldiers are cremated. He had already lost his wife and children to the civil war and now seeks to flee from Sri Lanka. A woman named Yalini (Kalieaswari Srinivisan) wanders through refugee camp, searching for an orphaned child. She finds a 9 year old girl Illayaal (Claudine Vinasithamby) and with Sivadhasan, the trio becomes a faux family, hoping to find a better life in Europe. The passports are of a demised Sri Lankan Tamil family and so Sivadhasan becomes ‘Dheepan’—meaning ‘man who illuminates’. As the faux family gets into the boat, Audiard superbly cuts to multi-colored lights, blinking in the dark and gradually the shot comes into focus, and we see clearly that it is a set of flashing bunny ears, which Dheepan is wearing on his head to sell it on the pavements. Later, when he goes to his cramped-up apartment (where the woman posing as his wife and the little girl lives) and tries to get a little sleep, he dreams of an elephant in the jungle. If the name “Dheepan” indicates the irony of what our protagonist has become, the ‘elephant’ may denotes his past traumatic & violent memories (elephants are known for their power & memory).

Soon, Dheepan finds himself in an urban jungle, where his faux family finds lodgings in a disused section of public housing. He works as a caretaker and on the horizon he sees trouble in the form of local gangs, who all are peddling drugs. He is often shoved off and witnesses low-level abuses (we hear him being called ‘Mowgli’). ‘Daughter’ Illayaal is enrolled into a public school and ‘wife’ Yallini finds a job to take care of a paralyzed oldman, who is the uncle of apartment block’s gang leader Brahim (Vincent Rottiers). Yallini has selfish motive to leave for England, to live with her cousin, but the three learn to function as a family and they begin to genuinely care for each others' well-being. Dheepan tries to love and to integrate into a society with a set of modest goals. But, in that gang-infested land, mayhem arrives as Brahim is released on parole. Although, Brahim is not portrayed as a demon (he even talks like a gentleman with Yallini), he has his businesses to take care of, which indirectly makes Dheepan to reach his breaking point. 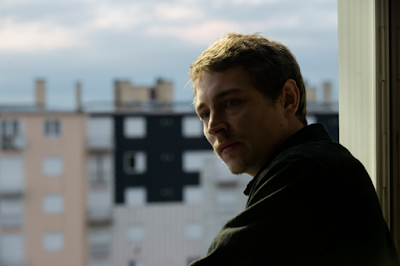 Sivadhasan aka Dheepan Natarajan has the typical characteristics of an Audiard hero. But, in certain ways ‘Dheepan’ stands apart from Malik in “A Prophet” or Thomas in “The Beat…” Both of those characters were diffused with the easily identifiable Scorsese or Brian De Palma’ protagonist elements. Their past trauma and present emotional quandaries remains apparent through the dense script structure. However, Dheepan’s characterization offers no such concession. All the violence, love and neglection, Dheepan has faced in the past is expressed more subtly and demands viewers full attention. The way he often scans the horizon, the manner with which he tries to settle in on the job or tries to love or the way he clamorously calls for a ‘no fire zone’ (and even the means by which cries after hearing the jubilant Illayaraja song) says something about his past and longing for a present, which isn’t as mainstream to understand as in Audiard’s other central movie figures. Anthonythasan who plays ‘Dheepan’ offers a virtuoso performance as the man capable of extreme violence and effervescent love. Anthonythasan, an ex-rebel turned expatriate (better known by his pen name “Shobasakthi”), had played only one minor cinematic role in “Sengadal” (which was banned by Indian censor board). The film also offers a strongest female lead for an Audiard movie (with the exception of Marion Cotillard in “Rust and Bone”, the directors’ films lacked women characters, who hold their own space). Kalieswari Srinivasan as Yallini steals the spotlight often, especially in the scenes she converses with French gangster. Her performance is well improvised that at times, we feel her character transitions are more graceful and grounded than that of Dheepan’s. 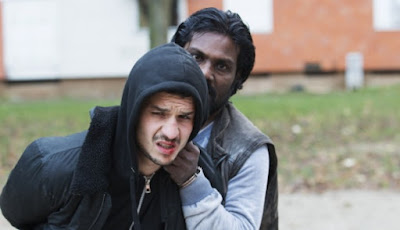 As in the ‘Bon Jovi’ song, Audiard’s script (written along with Noe Debre and Thomas Bidegain) states that ‘the more the things change, the more they stay the same’. When Dheepan fought for failed sociopolitical reasons he lost everything he loved and now when he founds a new love, once again things take a course, where fighting becomes inevitable. The emotional arc of the character seems to be a mixture of Travis Bickle and Paul Kersey (“Death Wish”), but Audiard keeps this subversive story element at the back and projects the script as a love story with a darker core. When the plot traverses as a love story or as immigrant drama, Audiard’s execution and minor transitions remain brilliant. But, when he narrows the story to concentrate solely on the vigilante aspect -- by the third act -- the tonal changes remain a bit jarring. Illayaal’s emotional troubles are totally kept out of range in the final act, as the feelings of a neglected child are reasonably addressed in the beginning. The literally explosive, Travis Bickle style violent confrontation in the end is executed with a admirable vigor, but it didn’t provide a greater impact as the film’s early, subtle portions. And, the more conventional epilogue feels a bit out-of-place, although Audiard might have designed it to remain as uplifting.

“Dheepan” (115 minutes) is far from being Jacques Audiard’s best work, but the film-makers’ splendid visual motifs and rich central performances makes it a compelling drama. The film’s understated emotional intensity may leave many viewers in the cold.