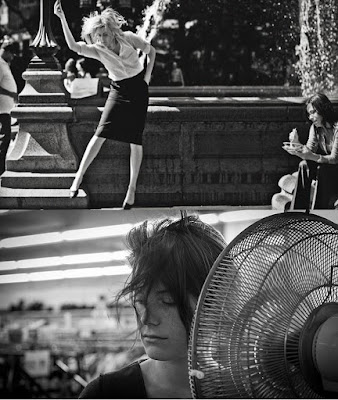 Movies about city or suburban youths, spending their life being bored is a theme that’s been repeatedly dealt in recent times. The non-adventures or small adventures of the reluctant, awkward youths have even got a sub-genre to itself, called ‘Slacker’ cinema. With the independent film movement across the globe and with the advent of digital video film-making, we are seeing a lot of young film-makers venting out this world-weary phase of youth. But, still only few films have something interesting or refreshing to say on this frequently dealt subject. American film-maker Noah Baumbach’s relatable portrait of Gen Y “Frances Ha” (2012) and French-Canadian film-maker Stephane Lafleur’s “Tu dors Nicole” aka “You’re Sleeping Nicole” (2014) are couple of gems of this sub-genre to deal with the ennui of the young.


Both the films are shot on exceedingly beautiful monochrome. The plot trajectories of these films are pretty similar: fragmented narrative offering snapshots of close friendship between two girls; their extended fallout, where one matures and the other drifts away with confounding looks. Quotidian parental love, boring jobs, a future with diminishing possibilities, and youthful malaise are the similar narrative threads that permeates these films. Lazing artists, pain of miscarriage, the urge to travel, the joy of getting a bankcard are the minor events in “Frances Ha” and “Tu dors Nicole”. In an interview director Stephane Lefleur was asked about people often bringing up ‘Frances Ha’, while discussing his movie. He replied: “Believe it or not I saw Frances Ha two weeks before shooting my movie. The script was written, the idea of shooting in black and white was there and I went see this movie when it opened in Montreal and I was just screaming…………..if you can get me in touch with Noah let me know. I’d like to ask what he’s working on so I won’t do it again”. 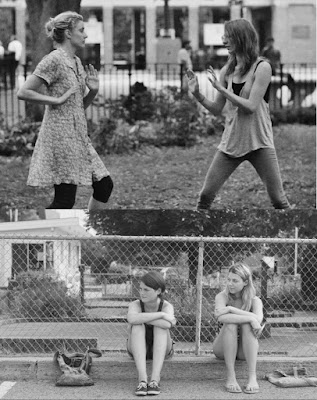 The echoes of French New Wave movement could be felt in both Baumbach and Lefleur’s respective films, although their directorial approach is distinctly different. Noah’s glamorous, romantic view of the city, one which employs wide tracking shots and emotionally intense close-up shots, makes us remember Truffaut, Goddard or Woody Allen (“Manhattan”), whereas Lefleur takes a strict formalist approach, allowing the frames to convey the ineffable emotions and keeping the expository dialogues to bare minimum. Baucmbach & Greta Gerwig (co-writer) goes for a quirky comedy, while Lefleur uses absurdist, deadpan humor that brings to mind the works of Jim Jarmusch. Baumbach conveys the sense of youthful restlessness through his well-crafted montages; Lefleur imbues a lackadaisical, quizzical mood through his static visual compositions. Both the film-makers are intent on rendering the movie as ‘timeless’ ( we rarely see technical gadgets or discussions about it in the films). 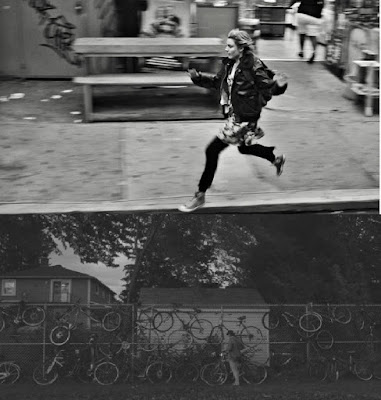 Frances Halliday is a 27 year old New York girl, apprenticing for a dance company that seem to offer no better prospects for the future. Nicole Gagnon is a 22 year old girl, living at her suburban Quebec house, who is unable to find a better work place than a charity clothing store. Frances is a whip-smart girl, who had read lot of literature although she has this tendency to say awkward things during awkward encounters. Nicole is an insomniac, who doesn’t say much. Despite being repeatedly beaten down by life, Frances moves through like a bundle of energy; she uses all kinds of expressions to talk about her inner feelings.  Nicole has a comfortable yet dull life, and her monotonous face only stages subtle emotions; a little curling of lip, the slow shifting of eyes should be keenly watched to get into Nicole’s inner psyche. Frances has ‘undateable’ characteristics, while Nicole withholds few ‘unlikable’ elements. Nicole is more petulant and acidic than Frances. From a viewer’s perspective, both Frances and Nicole are recognizable, relatable and of course extract our empathy.


The real conjoining factor, as in all slacker movies, of Frances and Nicole lies in their aimlessness. They are affected by purposelessness that brings a low-key rage in approaching the future. Their aimless nature is questioned on by the sudden maturation of their best friends – Sophie in “Frances Ha” and Veronique in “Tu dors Nicole”. On paper, Frances might seem like a happy-go-lucky girl, while Nicole may come off as the perfect grumpy girl. But, on-screen Greta Gerwig and Julianne Cote transcend those inherent characteristics to showcase a perfectly-defined wistfulness. May be Frances explains her yearning (in the beautifully written and deeply felt monologue about what she wants in relationship or life) better than Nicole, but their emotional beats are intricately layered. 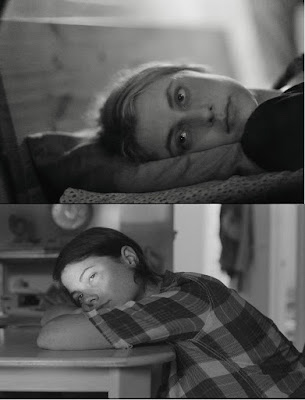 The girls’ plans are broken, flirtations and friendships go awry, and their assumptions are repeatedly challenged. But, these are something we naturally expect from a slacker genre, even though what makes these plot strands to stand unique is the deft characterization of Frances and Nicole. All these regular elements are loosely structured around the respective phenomenal performances, so that we see it is as the natural, awakening aspects of their extended adolescence. While Frances is still the same Frances at the end of the film, Nicole is hinted to have witnessed a jolt that has awakened her from the queasy slumber. May be the ‘geyser-blasting’ end might bring some fresh perspective for Nicole to approach her remaining youth life. As for Frances, she seems to have reached a point to brazenly encounter heartbreaks as well as adulations. And, she has still retained the ‘Ha’ amongst the uncaring world.


Overall, I think anyone who has experienced the temporary limbo state between adolescence and adulthood could relate with “Frances Ha” and “You’re Sleeping Nicole”.