The Club [2015] – An Incendiary Examination of Atoning Souls 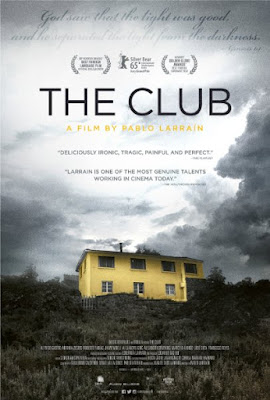 Chilean film-maker Pablo Larrain is interested in showcasing the impeccably controlled damages done by the institutional authority. With his ‘Pinochet Trilogy’ – “Tony Manero” (2008), “Postmortem” (2010) and “No” (2012) – Larrain excavated the grim historic truths about his country and projected it on a microcosm atmosphere. His last film “No” (starring Gael Garcia Bernal) was about the advertising campaign to oust Pinochet’s regime felt less incendiary and more winsome, but with “The Club” (aka “El Club", 2015), Larrain once again descends down the heart of darkness to give us one of the morally ambiguous, unsettling work of cinema in the recent times. On the outset, it feels like simple, scathing indictment of Church, which protects its pedophile priests. It nearly seems like an expose, a contrasting companion piece to Oscar winner “Spotlight”. But, righteous outrage isn’t the only element that’s burned into the narrative. Larrain profoundly delves into the themes of penitence, justice, abuse of trust, and isolation without offering any of the preordained judgments on the characters.

“The Club” opens on a grim, run-down coastal town La Boca. Although the sunlight awash the land, Larrain and his DP Sergio Armstrong employs washed-out blues, cloudy interiors, obscure silhouette to diffuse a layer of bleakness. We encounter four old men and a middle-aged woman living in a house with a ominous exterior, near the coast. The four men are disgraced former priests living at the center of ‘prayer of penance’ under the watchful eyes of Sister Monica (Antonia Zegers – Larrain’s wife). Father Vidal keeps a greyhound named Rayo and often spends the time at beach, training the dog for local races. During the race, the men stand afar at the top of mountain and watch it through binoculars (as the men are not allowed to contact with outside world). Monica brings in the dog, and to the envy of local inhabitants, Rayo wins the races. The winning and bet money has gathered up to 470,000 pesos. The arrival of new priest Father Lazcano upsets the house’s harmony. The father is explained about the routines of praying, solitary time and about the prohibition of self-flagellation, self-pleasuring. 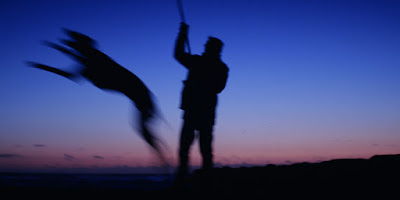 Father Lazcano doesn’t stay there for a long time as a bearded, disheveled, vagrant Sandokan (Roberto Farias) stands in front of the house and loudly recalls in graphic detail (‘And sometimes the semen would make me vomit’) about the sexual abuse hurled at him as a boy from Lazcano. Sister Monica tries to calm him, but nothing could stop Sandokan from shouting the horrors he experienced. The threat of being exposed to the whole community looms with every passing minute. Father Lazcano himself violently intervene the man’s unstoppable indictment. It leads to the arrival of Father Garcia (Marcelo Alonso), a psychologist priest with intense reform ideas to form the ‘New Church’. He tries to put them under the microscope after learning about each of the priests’ crimes. Garcia wants to confront their pathologies, but also has a predetermined decision on the fate of this damned house. 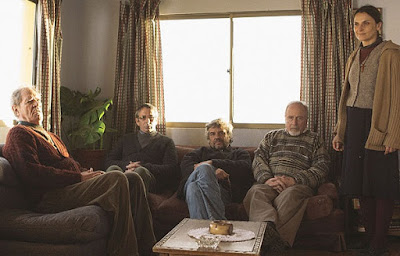 The lower contrast, washed-out, melancholic look not only indicates the general guiltless and bleak nature of the men’s crimes (which vary from baby snatching to covering-up tortures). It also makes us observe these damned humans’ pathetic nature in a darkly humorous way. The portrayal of senile, diaper-wearing Father Ramirez is the embodiment of absurdity on the part of Church institution. There’s no file on Ramirez, detailing his crimes and the father himself has forgotten what evil act he had transgressed to repent in the house. This contrasting absurdity may be observed with an attuned sense of black humor, but there are also other kinds of contrasts among the characters, which are unveiled in the most scorching way. We see Father Garcia as a symbol of righteousness, but before long he is swayed by darkness that the old urge to defend Church becomes the priority than justice or morality. There’s also a sharply remarked contradiction in the manner Sister Monica behaves. She is the minder of the facility, believing in penance & truth through prayers to God. The first time we see her, she is scrubbing the house’s yard of dirt, working fast like the good helper she is. Later, she is scrubbing the same yard to clear Father Lazcano’s blood and lies to authorities regarding the reasons for his suicide. And, her conflicting dark nature comes full circle, when she commits vile acts leads to the brutal beating of Sandokan. Sister Monica more or less in that scene looks at Sandokan as just a piece of dirt, waiting to be scrubbed away. 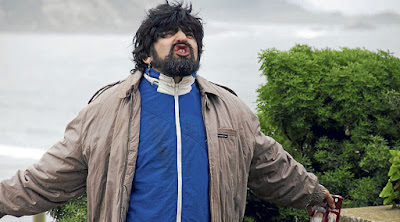 The way each character responds to or faces truth is staged in complex and subtle manner.  When Garcia interviews Father Vidal, Ortega and Silva, he brings out the menacing things they have done. Rather than shame, all the former priests’ reaction oscillates between confident rebuttals to stubborn, cocksure attitude. The inability of Father Vidal and Ortega to understand depth of their evil acts is as intensely disturbing as the crimes they are charged with. Despite the endemic nature of the story, writers Guillermo Calderon, Daniel Villalobos and Pablo Larrain were able to subtly display the allegorical layers of the script. The house and the activities of its inhabitants often make us reminisce of a hell on earth. But, then this deliberate construction of hell is also a part of Catholic Church itself. Hence, we could see the irony of opening words (quoted from the book of Genesis): “God said, ‘let there be light’, and there was light. God saw that the light was good, and he separated the light from the darkness”. “The Club” shows us a reality, where there is no demarcation point between light & darkness (as God intended), and in fact the ‘inner light’ carrying God’s messengers aren’t able to overcome the pervading darkness within. As a viewer, we can also take this corrupt nature of Catholic Church and apply it to any institution that falsely boasts righteousness. We can see the parallels of how all the faulty institutions and its pawns are forced to seek only for their survival (and sweep every other thing under the rug). 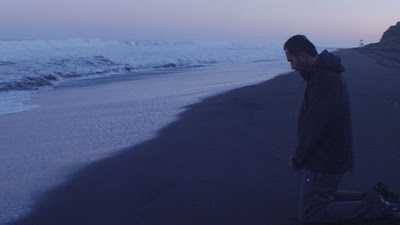 Director Larrain shows a good sense in not trying to shoot the description shots for Sandokan’s graphic descriptions of abuse. The graphic dialogues in the scene were disturbing that each of our minds would imagine a visual which is more agitating than any set of visuals. It doesn’t matter that we are nice inside our heart and mind. The words pierces through us creating the darkest of images. “The Club” coerces us to think about the non-existent justice inside Church. Despite reading or watching numerous documentaries, articles and books, we had rarely heard about a criminal priest, punished by civil justice. If everyone is equal before the law, why aren’t they facing the consequences for their crime? Church may be believes in the judgment in the eyes of God and its way of punishment is seeking penitence through prayers and isolation. Pablo Larrain notes how the very act of punishment gives them new obsessions and ideas to circumvent the truth or morality. The ‘house’ is like a prison and a place for priests to strengthen or redeem their connection with God. However, paradoxically the priests are protecting their prison, trying to shut down outside forces that may invade the purgatory. So, in a way the ending and the punishment given by Garcia seems like a fitting one. Now, the penance won’t be an empty routine because the pain the priests have caused upon their believers is reflected through a face, a wrecked personality. The performances are topnotch, and especially Alfredo Castro (a regular actor in Larrain’s films) gives a profundity to Vidal, whose antics could have been easily reduced to that of a villainous stereotype.

The sins of ‘fathers’ in Pablo Larrain’s “The Club” (98 minutes) is executed with an unnerving air of menace and painstaking nuance. The movie’s depiction of disgraced priests will burn within our heart and mind.