The American automotive, defense and agricultural fields may yield more revenue for its country, but two quintessential industries illustrate the popularity or excess of the American empire: one is Wall Street; other is Hollywood. These Hollywood studios are a very complex machine, which often unashamedly boasts about its power of distribution. Europeans experimented with Expressionism and Surrealism, whereas Hollywood saw that the cinema is a commodity; a mass art. Therefore from the 1920’s to now, Hollywood has dominated all film industries and rightly so. Though there are hard-headed studio heads with a honed instinct for money, Hollywood has constantly produced some of the world’s great film-makers. It has also self-examined itself at times. It has showcased the darker side of the show biz; the brutal inner-workings of a studio; about the authoritarian studio executive, who wreaks havoc on the mind of a creator; about the washed up stars. No other film-industry in the world has made such wide variety of movies on its own system. The movies listed below takes a fly-over-the-wall approach and depicts what’s behind all this glitz and glamor. If I have missed out any essential movies, please mention it in the comments section. 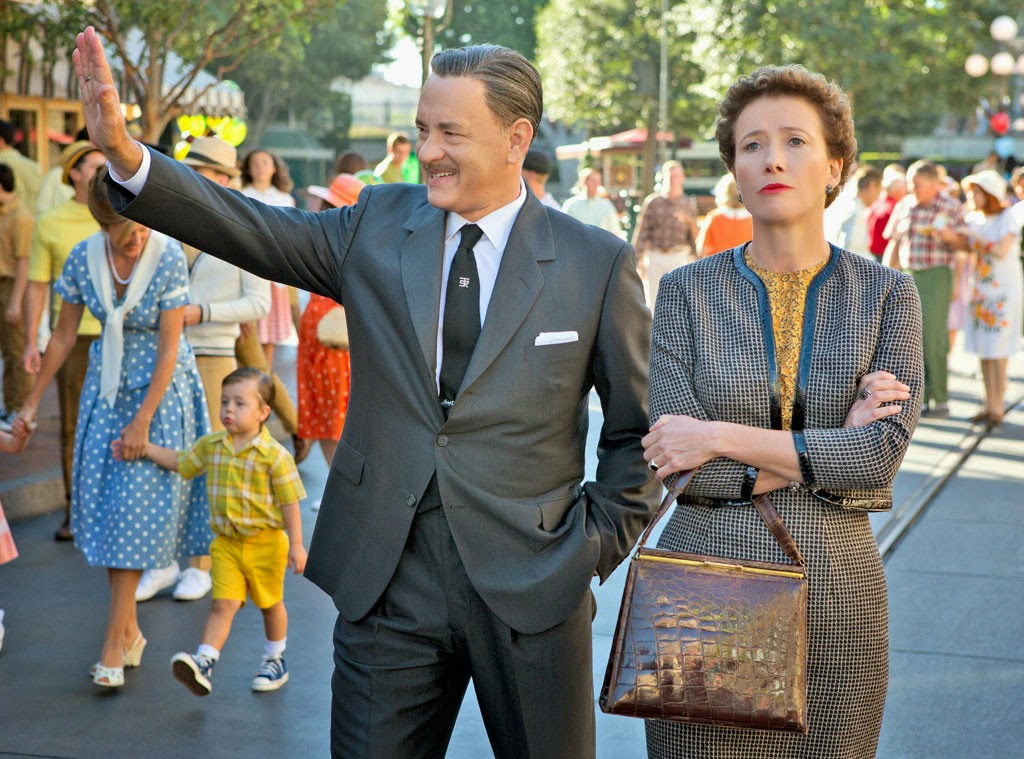 John Lee Hancock’s historical revisionism chronicles the age old Hollywood conflict between artistic integrity Vs studio determination. This sentimental, behind-the-scenes film gave us the first depiction of Walt Disney in a mainstream movie (played by Tom Hanks). Travers’ distrust of Disney at face value suggests every writer’s fear of what a corporate Hollywood land would do with her beloved characters. The 1960’s Hollywood scene worked much better.  The film showed that Travers lets herself be corrupted by the twinkle toes of Hollywood in the end, although in reality it was totally different. 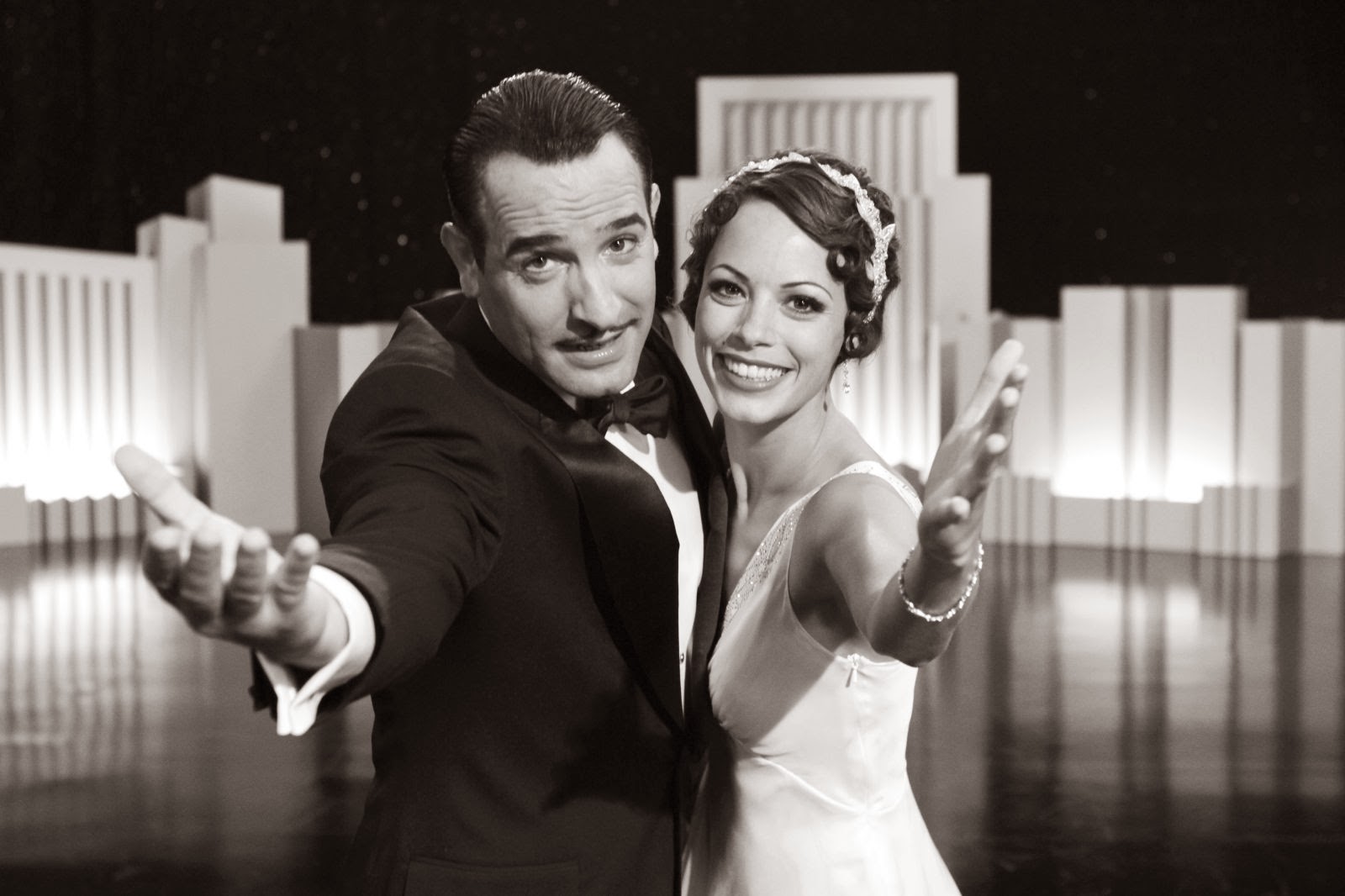 Michael Hazanavicius’ irresistibly charming film is a crowd-pleasing endorsement to the power of silent cinema. If this movie was made in the 1950’s, it might be just an elegy to a lost era, but it was made in a time, when extremely loud sound effects attacked our eardrums, and so ‘The Artist’ offers a unique cinematic experience. Set in 1927, in the waning days of the silent pictures, the film depicts the romance between a fading silent film star and a rising “talkie” actress. Although named as a nostalgic throwback to early days of Hollywood, this film side-steps every misfire and mawkishness. 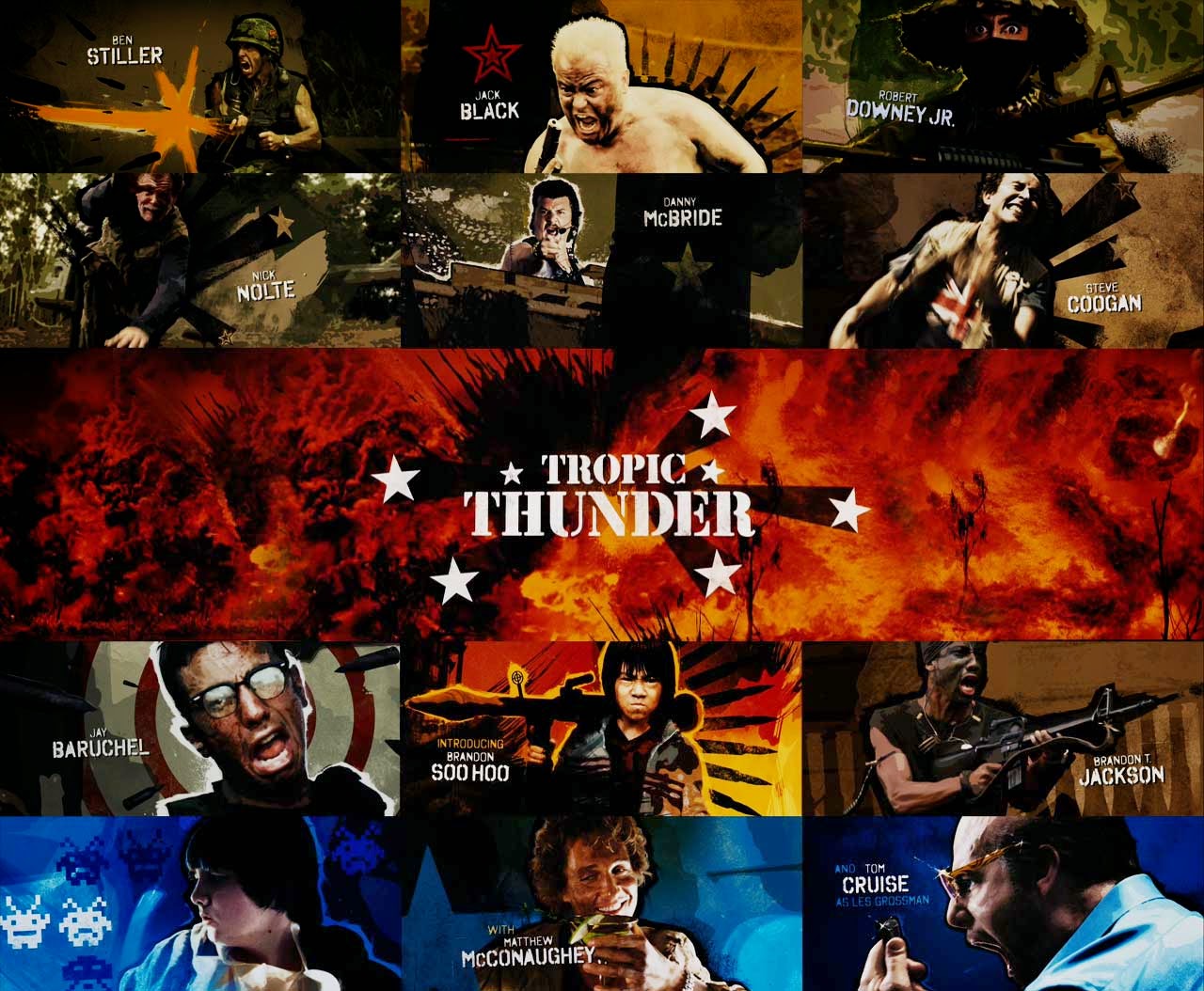 Ben Stiller’s satirical comedy attacks everything from Hollywood opportunism to celebrity culture to its excessiveness. The glorious ensemble cast, which includes Ben Stiller, Robert Downey, Jack Black and Tom Cruise, skewers all of the stereotypes associated within the Hollywood. The plot brings up a group of self-absorbed, Oscar-baiting actors for making a Vietnam War movie. A bizarre turn of events strands them in South East Asia, where a dangerous gang of drug dealers are chasing them, after seeing the soldier outfit.  At times, the comedies are over the top and some of the parodies seem dated, but the narcissism of Hollywood is pulled with aplomb. 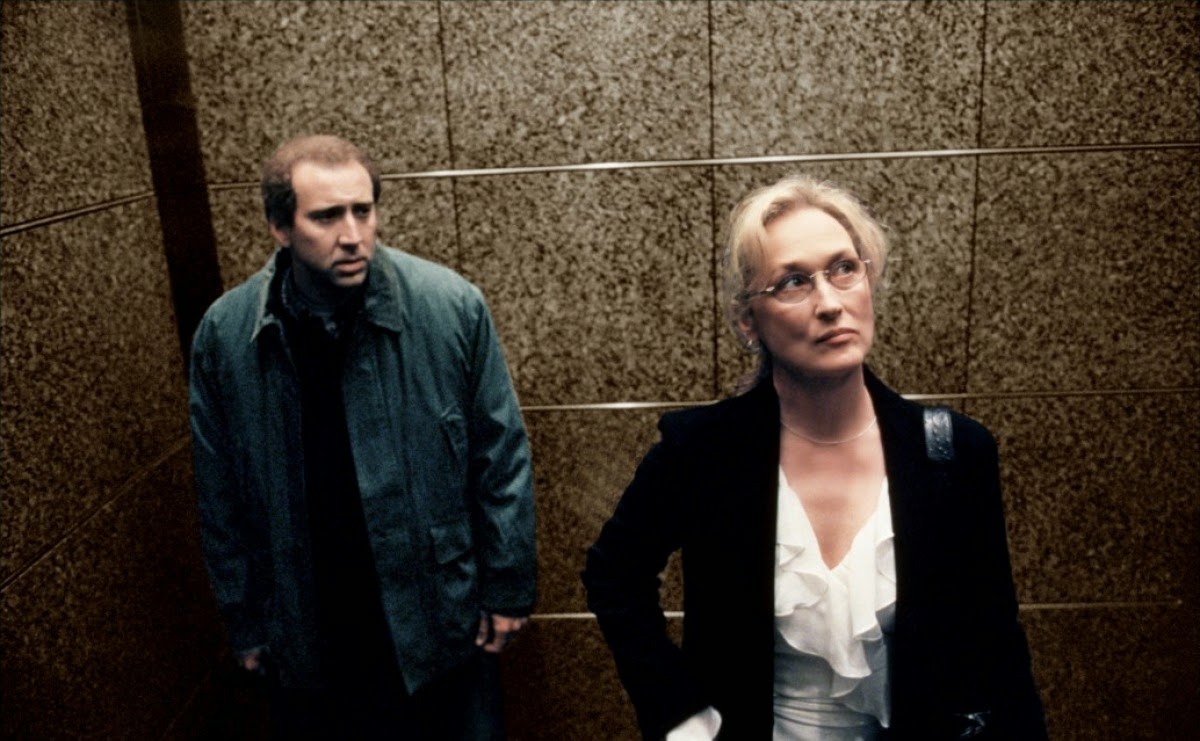 Spike Jonze’s Hollywood industry insider is about bereft screenwriter Charlie Kaufman, who has been hired to write the script for the non-fiction book “The Orchid Thief” by Susan Orleans. Trying to stay faithful to the book in his adaptation, he follows around the key person mentioned in the book, and also ends up writing himself into the story.  The self-referential screenplay was one of the most wildly imaginative scripts to come out of Hollywood. I mean, how often you would come across a movie, whose writer has won best screenplay Oscar for a story that's basically about the failure to write a screenplay. 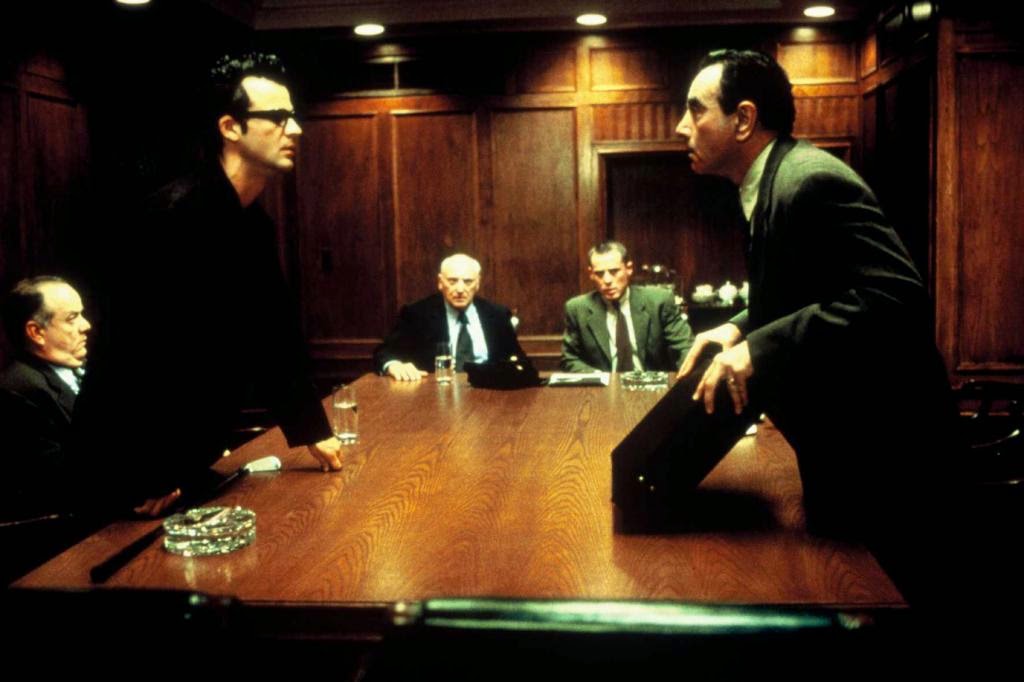 David Lynch’s bizarre, dreamy masterpiece explores many things, but its most principal theme is the allure of Hollywood and the women of this tinsel town, whose unquenchable thirst for success. Thirty minutes into the movie we are introduced to the menacing financiers named Castigliani Brothers, whom represent the authoritarian film moguls of Old Hollywood. These lucrative men own all the creative independence a director should have. The movie also says something about the women, who got lured into this warped world. Identities of characters in the film gets changed throughout the film, which convey that how these women, in this moony place, are slowly become unrecognizable from each other and themselves. 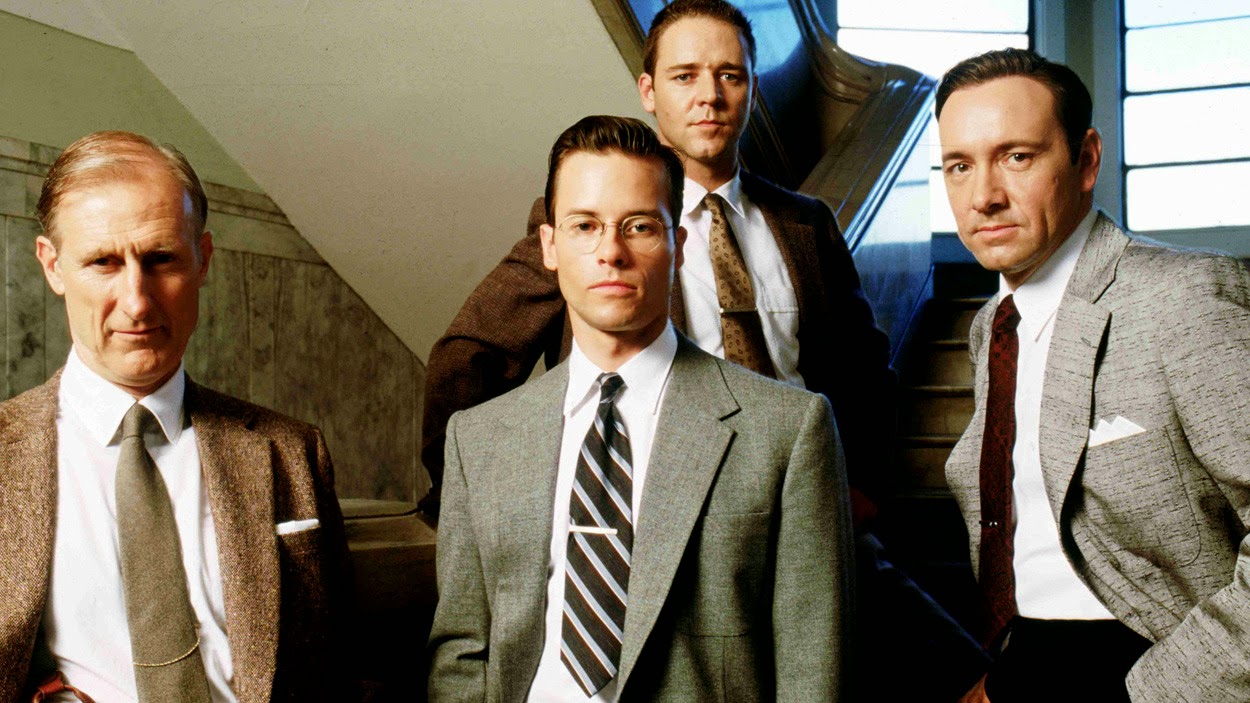 This impeccably scripted neo-noir masterpiece represents the Golden age of Hollywood cinema and ponders closely to bring out the era’s moral ambiguity and emotional complexity. The plot follows the lives of three cops with a distinguishing quality. The police corruption tale of the 1950’s gets mixed up with the allure of Hollywood and its sleazy tabloid reporters (Paparazzi). By setting corrupt nature of lawmen, close to Los Angeles, the film depicts the deception of appearances, which is interconnected with the cosmetic fakery of show business. The Lynn Bracken character – a high price prostitute, surgically altered to resemble a movie star – says something about men’s unhealthy fixation on actresses. 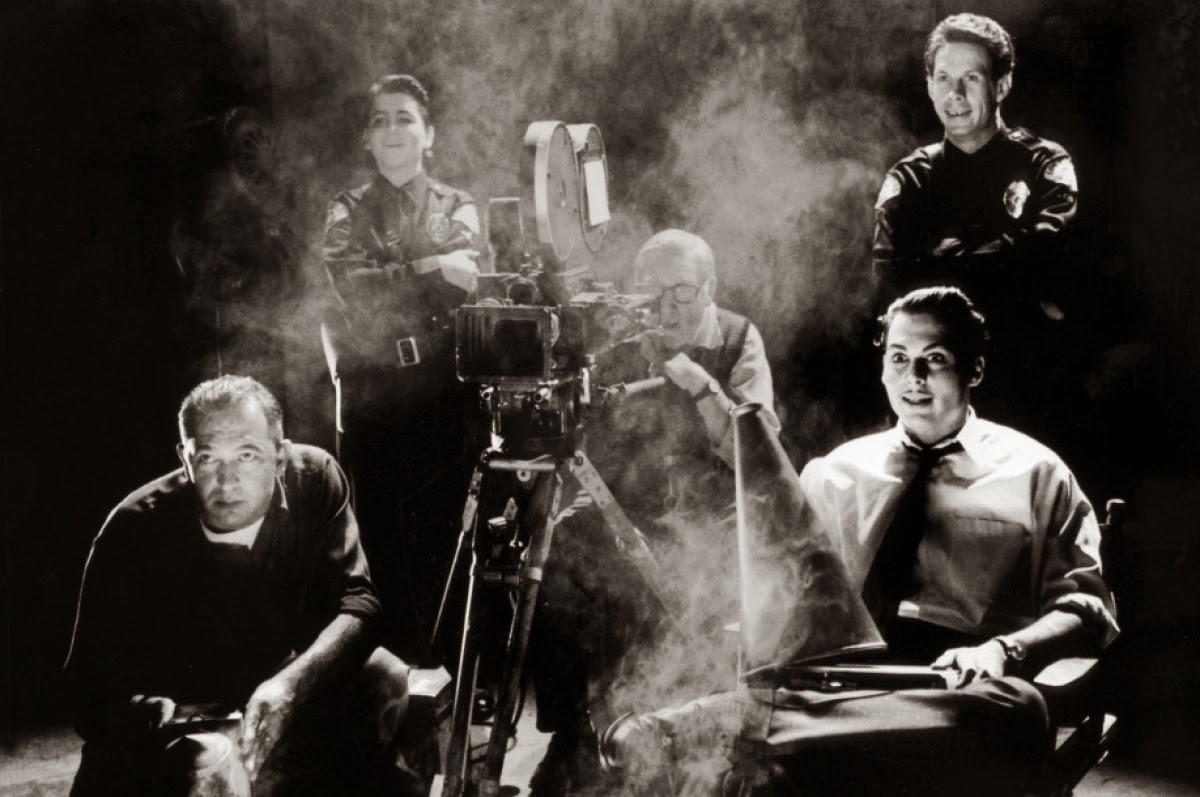 Tim Burton’s beguiling biopic on one of the awful film-makers is an ode to the craziness that is inherent in making a movie. Ed’s weird terrible stories about killer octopuses, alien with 9 plans and men in angora sweaters showcased something about the lunacy of Hollywood in the 40’s. Ed Wood might be named as the worst director, but his artistic dreams are outrageously entertaining as well as heartbreaking. Depp, known for playing odd-ball roles perfectly fits in the role. Martin Landau’s portrayal of Bela Lugosi depicts the plight of washed-up actors and how other treats him as a worthless antique. 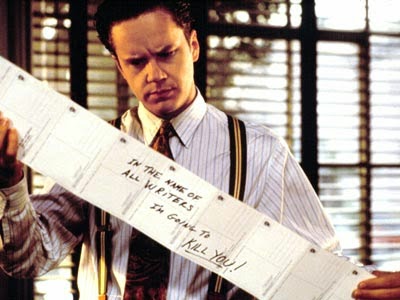 Robert Altman’s satirical deconstruction of Hollywood features a studio script executive, Griffin Mill, who gets life-threatening phone calls from a writer, whose script he rejected. Griffin tries to find out who is the caller. Along his quest, we get to know about the sleazy politics inside the Hollywood. The important trivia that drives the movie’s reputation is the large number of cameos ranging from Whoopi Goldberg to Bruce Willis. Most of the movies made after the 70’s tried to present a biting commentary on the old Hollywood, but Altman’s film questioned the sins of New age Hollywood. 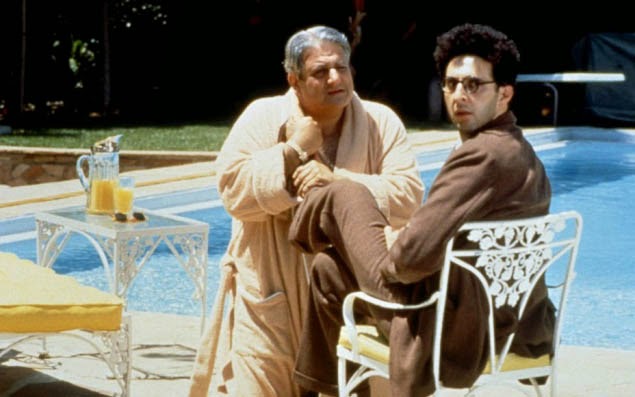 Coen Brothers’ maddeningly unsettling look at old Hollywood is about a newly successful New York playwright in the 1940s, Mr. Barton Fink, who gets pulled into the gyrating movie world. He is given a job of writing a script for wrestling starring a big star and hardly tries to include his passionate common man rants into the cinema. He sits before a typewriter in a seedy hotel and only contemplates the emptiness of his mind. Although this film is more about the illusionary mind of a creative writer, it also provides a glimpse into the ferocious Hollywood ocean of the 40’s. 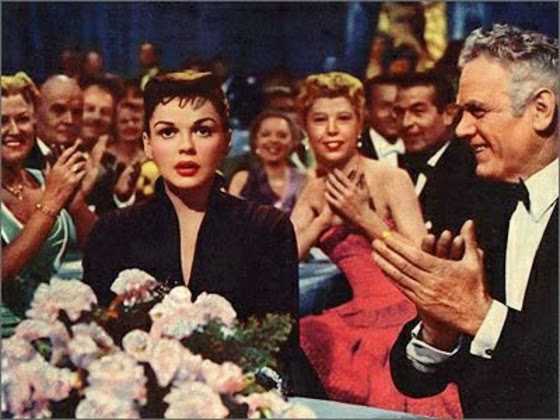 Geroge Cukor’s successful show-stopping musical film has a story element that is as old as Hollywood itself. A declining movie star meets the meets showgirl Esther Blodgett and takes an interest in her. Esther’s career hikes up, while the stars career plummets down. This was a remake of the 1937 version, but added some great numbers for Judy Garland, including "The Man That Got Away." For modern viewers, "A Star Is Born" may seem well-worn, often clichéd, and overlong story. Whatever it is Garland really do make up for the movie’s short comings. 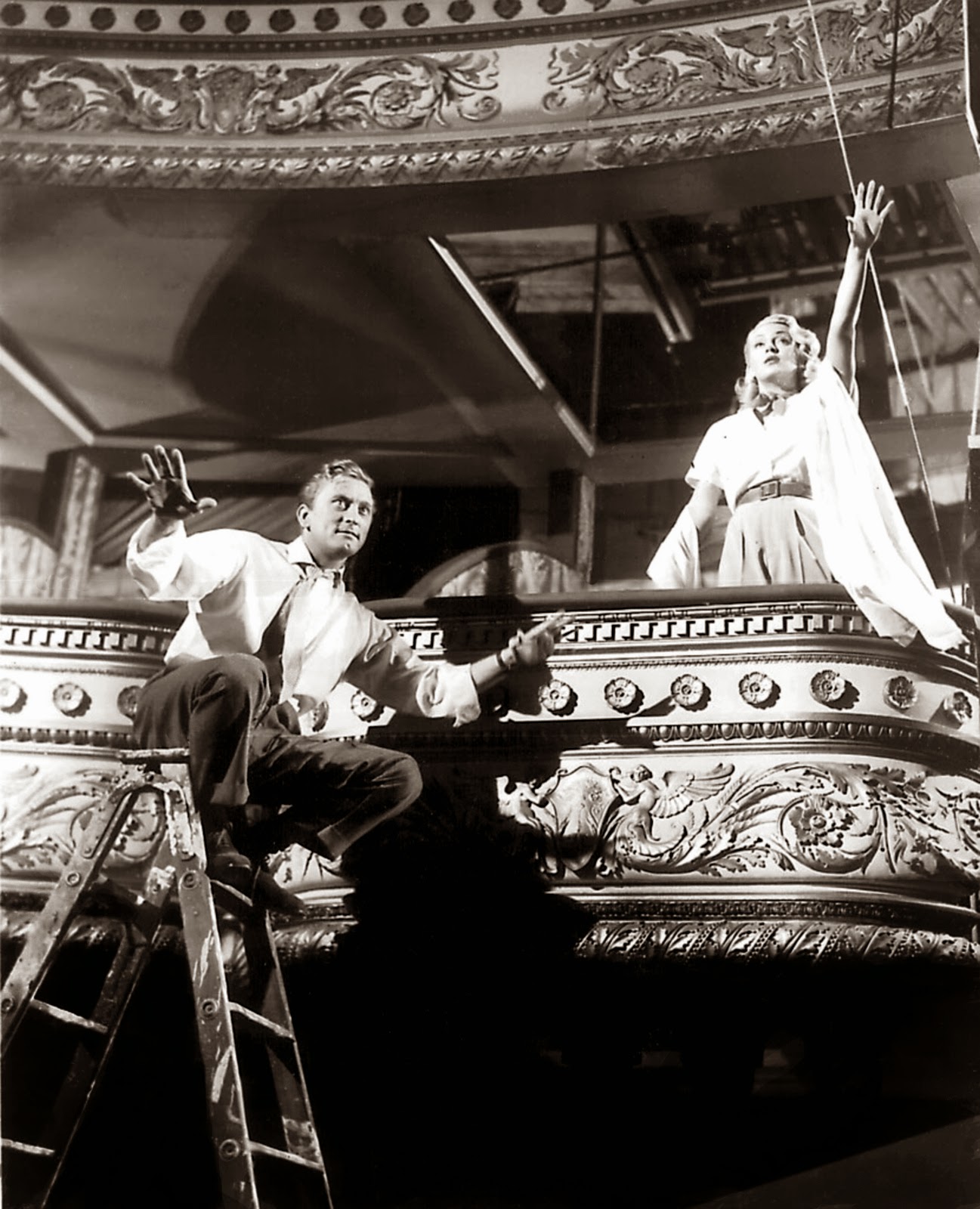 Vincent Minelli’s excellent study of male ego has a title that describes everything about Hollywood. This film is a less critical about Hollywood's cutthroat ways and more interested in the operatic splendors of the industry. The story told in a three segments of flashbacks traces the rise and all of an unscrupulous Hollywood producer, who has been ruthless to everyone around him – including an actress, director and writer. The lead role of the producer was done by an intense Kirk Douglas. There is a scene, where Kirk’s producer character chats with Sullivan’s director character. That scene shows the power and vision possessed by the producers of Old Hollywood. 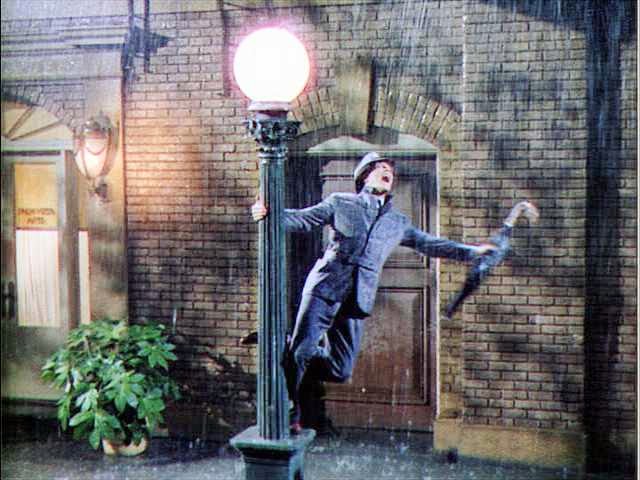 Stanley Donen & Gene Kelly’s immensely popular musical exudes contagious amount of sheer joy. The film shows how Hollywood is in a constant state of evolution. It takes the transition stage from the silent film era to the newly arrived technique of the 'talkies' and showed how this ruining conversion proved to be a change for the better. Gene Kelly, Debbie, and Donald’s incredibly exuberant musical numbers are a delight to watch. There is also a wonderful cynicism within the film, when musicals of those eras only exhibited delusive happiness. Many of the insider’s view of this industry are somewhat desolate. Singin’ in the Rain, however, was a lighter take on the industry, driven by nostalgia. 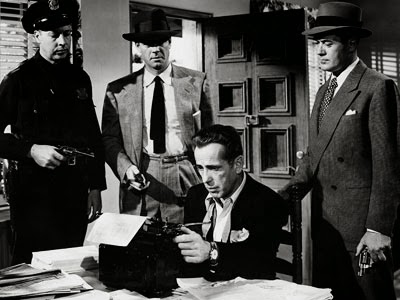 Nicolas Ray’s under-rated film-noir has Humphrey Bogart playing Dixon Steele, a belligerent screenwriter bestowed with the task of adapting a trashy best-selling book. Soon, a girl gets murdered and although he is given an alibi by the beautiful neighbor, he is the prime suspect. Did this erratic scribe really commit a murder? This is a sour-grape inside-Hollywood that desolates macho violence of movie persona. It is an elucidating portrayal of the culture of the film business. The film also intensely focus on romantic love, which in a standard film-noir would be shown as a contaminated relationship, driven by the struggle for power. 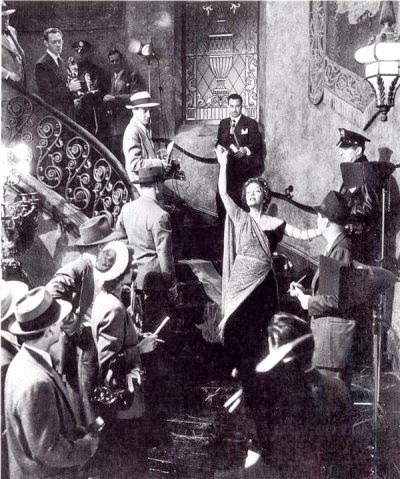 Billy Wilder uncompromising movie has the blackest and best of narratives about Hollywood. Gloria Swanson’s performance as Norma Desmond – an aging silent film queen – is considered one of the best acting in the entire history of movies. In 1950, the film’s plot was reckoned as a major step in realism and it shocked many too, as it portrayed an aging, wealthy woman buying the company of a young screenwriter. This biting portrait contemplates the various deaths a star must endure in his/her life – the death of dreams, career and also people. Even though the main story examines the split between silent and sound features, it also scrutinizes the fickle nature of fame. So, even if you don’t have any idea about the Studio Era or behind-the-scenes mechanics of Hollywood you can still relate to the film’s themes. 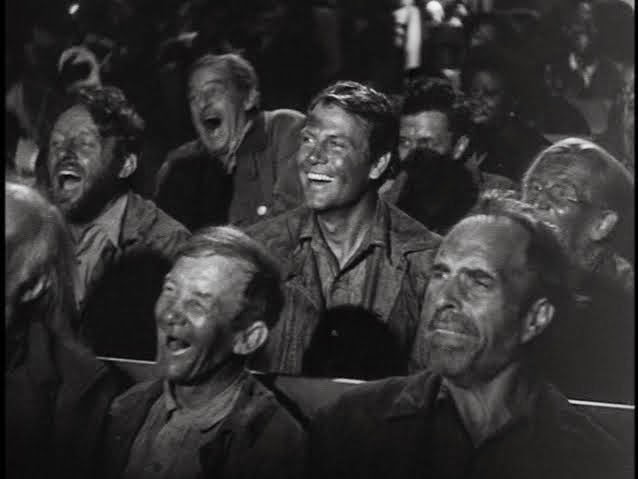 Preston Sturges’ tragic-comedy traces a director’s search for a meaning in his own works. The top level musical director wants to do a portentous film about the Great Depression to make his social statement. The horrified studio executive says he doesn’t know anything about the poverty. So, he takes a trip to study the life of the bottom people, but each problem make him run in the direction of luxurious studio motor home. The film doesn’t analyze the realities of Hollywood, but the flophouses of downside people contrasts heavily with Hollywood's absurd hedonism. It celebrates Hollywood’s make-believe projects and esteems comedy as a great force for escapism.

at April 05, 2014
Email ThisBlogThis!Share to TwitterShare to FacebookShare to Pinterest
Labels: Movie Lists

A good collection. Am saving this page :-) in my favorites...

Great compilation... really glad to see Barton Fink and The Player on the list. Of course, Barton Fink also went on to win Palme d'Or at Cannes. One of the reasons that it won the top honor was that the Europeans actually loved the idea of a Hollywood film mocking Hollywood. Another film that I would have loved to see on the list is Elia Kazan's The Last Tycoon!!!

P.S. It's so satisfying not to see Argo on the list

@ Murtaza Ali, Thank you. Last Tycoon -- adaptation of F.Scott Fitzgerald's novel -- I think it was Elia Kazan's last film. Will watch it soon. Argo is a good thriller, but isn't so truthful and likes to glorify the American and Hollywood exploits.

Check out our podcast on this topic

also listen and call the show, live every Tuesday.