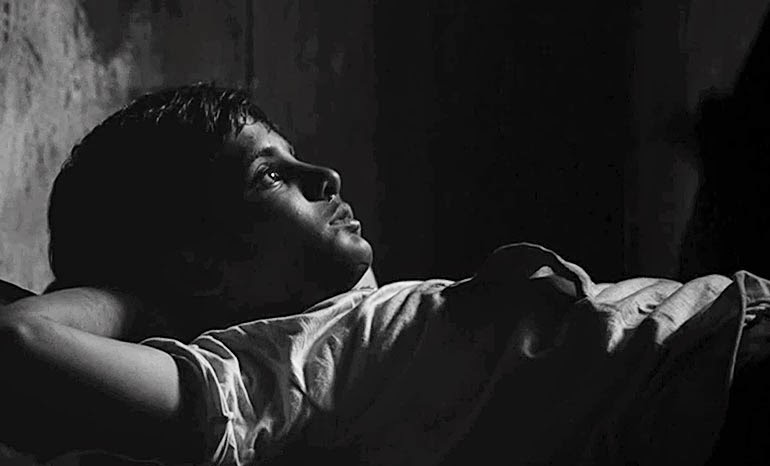 ‘Limited-time, simple concept, small budget and lively messages’ – Short films are an art form in its own right. Ever since the cinema’s inception, this popular mode has broken many conventional barriers. In this Smartphone, viral-marketing age, short films are more relevant than ever, conveying large information and big emotions. The recent plethora of short film competitions are slowly changing the face of Indian cinema, imparting different insights about our culturally diverse country. One such great initiative is the 'Large Short Films', which is sponsored by Royal Stag Mega Movies and backed by illustrious film-makers like Anurag Kashyap, Sudhir Mishra and Chakri Toleti. It provides a platform for short film-makers to gain the necessary recognition and exposure. Chakri Toleti’s “Unread” is the latest short film brought out by ‘Large Short Films.’ It pictures a minuscule portrait of a street urchin and the chance friendship he develops.

The 15 min long “Unread” remains silent (there are even inter-titles) and only speaks through emotions. It takes place in some grimy Indian city, where a large number of children are sleeping on the roadside. Although, no authentic surveys were undertaken, the number of street children in India may cross a million. Mani is one such boy – a victim of economic woes and poverty. A policeman (played by Tinu Anand), reminiscent of Chaplin’s classic “The Kid” fiercely wakes up these boys. But, unlike Chaplin’s policeman, this guy is an Indian, and so demands money to stay in the streets. Mani cleans wind-shields of cars to support himself and to pay all these local bullies. On one such occasion, he meets an innocuous little girl, who tries to help him get away from the grubby hands of the cop. Later, the hopeful boy gets a letter from that girl. Unable to read what’s in it, he hopes to find a compassionate soul to read him the kind message.


“Unread” incongruous setting shows us that for every Ambani’s and Tata’s, there are thousands of anonymous souls, living in the pavement, struggling to make ends meet, without dropping off hope in their heart. In short films, such as this, one should choose a poignant face for central characters so that we can empathize with them. Mani infuses empathy, but never pity, since he comes off as a determined boy.

I think silent movies have stood the test of time because rather that gimmickry, it uses emotions that are universal. So, it is a commendable effort by Chakri Toleti to use this high-level artistic expression to marshal our emotions. The budding friendship is also depicted in an elegant manner, without any modern anticipation. Clarinetist Shankar Tucker’s music amasses poignancy to the story.


“Unread” reads through the simple, but arduous life of a street urchin, filled with warmth, joy, dream and hope.

We loved the fact that you empathized with the character and his environment. With Unread, we have tried to connect with movie lovers who are hungry for content not done or seen before and we will continue to work towards that.

Thanks again for your review

Thank for your review. Unread is our attempt to reach out to an audience which thrives on newer, fresher cinema. And we will continue to do so and we truly appreciate the fact that you connected with the finer nuances of the film.

Thanks again and look forward to sharing more of such content with you in future.