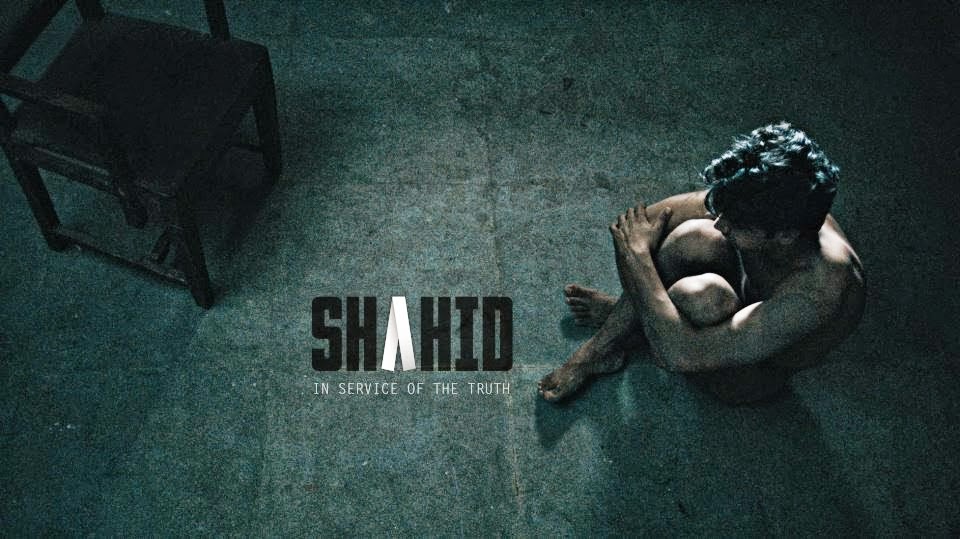 In Indian cinema, biopics are not handled genuinely. The sensitive issues are traded off for over-the-top dramatics and songs. When dealing with controversial or sore themes, an Indian film-maker should have courageousness to fend off threats, and sometimes even bombs. A small political movement can get offended by some words and may ‘cry’ for a ban. Even if a film passes all these hurdles, there is an issue of censorship. The Indian censor board would stamp an ‘A’ certificate on films showcasing the theme of communal violence, whereas it distributes ‘U’ certificate like fliers, for all those gleefully violent masala movies. Our audiences too easily get bored to sit through movies that portray agonies of noble souls. So, an Indian director, who wants to make an earnest biopic about a controversial man can’t leave much room for error. That is why Hansal Mehta’s “Shahid” (2013) surprises us. It is about a middle-class hero, who justly fights against the gross injustice of a stagnant system.

When I read about the assassination of the lawyer/activist, Shahid Azmi, I thought: A selfless man, who conquered his own inner demons, was slain for believing in justice and human rights. However, Hansal Mehta has stayed away from the ‘saga-of-great-man’ cliches and has tried to keep us emotionally attached to the central character. The story begins in 1993 in the aftermath of Babri Majid demolition. Shahid (Raj Kumar Yadav), a spirited young man, studying for his second-year college exams, go for an evening saunter. He witnesses the brutal attack by mobs on his impoverished Muslim neighborhood. After the Mumbai riots, in a fit of anger, goes to Kashmir for militant training. He flees from the harsh terrorist facility and returns home, only to be arrested by local police. Blamed for being an incendiary, Shahid is tortured by lawmen and later gets deployed to Tihar Jail. 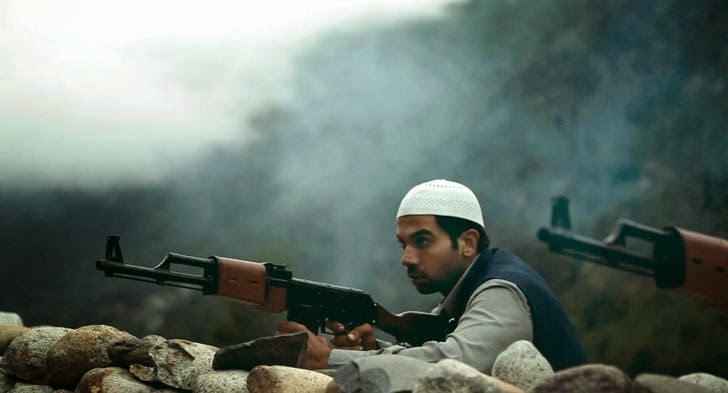 The incarceration, although dispiriting, makes Shahid to mingle with two wise men. He focuses his mind on attaining a law degree. After serving a seven year jail term in Tihar (without any evidence for his terrorist involvement) Shahid gets released. He has no hateful thoughts and most importantly learns that ‘to change the system, you have to be a part of it.’ After quickly awakening to the fact that lawyers are as corrupted as anyone, he opens starts his own practice and takes on the cases of ordinary citizens who were plucked off the streets and locked up simply because of their names. There is also a brief romantic stint, where Shahid falls for a lovely client, Mariam (Prabhleen Sandhu). She is a divorcee and has a child. He marries her and his family reluctantly agrees. In the court-room, Shahid fights corruption, exposing prejudice and trumped-up evidence, and also brushes away the death threats. 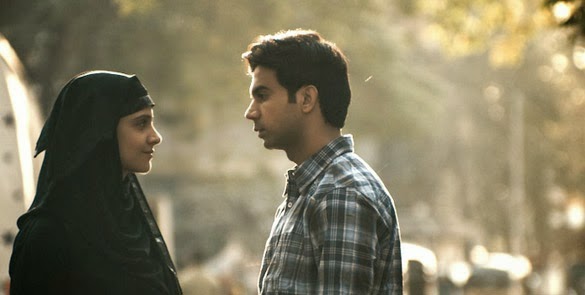 The primary victory of this biopic lies in the earnest performance of Raj Kumar Yadav (aka Rajkummar Rao). The enthusiastic boy-scout looks draws us get into the skin of his character. He charms us, when he tries to be comfortable with his lady-love and his silent looks after receiving death threats will give a heartrending feeling. Raj Kumar also brings out the middle-class angst. Kay Kay Menon does an excellent cameo role and Prabhleen Sandhu brings out an unpolished charm as Shahid’s wife. The script, written by trio of writers (Sameer Gautam Singh, Apurva Asrani and Hansal Mehta) never loses its grip on the subject and keeps it as real as they could. The un-dramatic verbal jousts in the court-room were very well written and the court-room itself, with its slightly shabby spaces, plastic chairs and rickety fans, remains closer to reality. Judge walking out, while defense and prosecution lawyers, keep on bickering and Shahid pointing out that a clean map could hardly have been in the pocket of blood-soaked pants for two days, are some of the excellent scenes that keeps us glued to the screen. 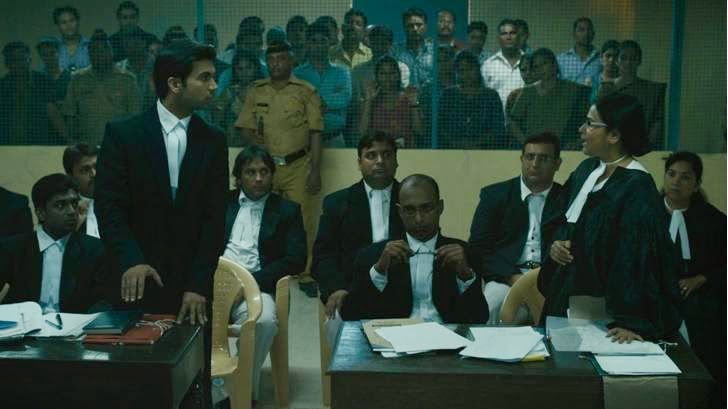 There are also few age-old Bollywood staples in the script, like the comic interludes, motherly love, and marital tensions, but these are cleverly minted. One thing that would have made this film more excellent is the vivid portrayal of Shahid’s stay in Kashmir. "Banish the fear of death from your heart” – are the usual ramblings we hear from the militants, in Indian films. So, if Mehta could have clearly explored Shahid’s militant stint, it might have induced debates about the Kashmir struggles. Nonetheless, “Shahid” doesn’t undermine the isolation politics subtext. Mehta wants this film to be a humanistic drama rather than political drama, but at the same time, he doesn’t shy away from showcasing the deep-rooted, pervasive anti-Muslim prejudices inside the Indian Justice system. In one of his fitful bursts, Shahid questions, “Is Zaheer punished because his name is Zaheer? Not Matthew, Donald, Suresh or more.”  The question truthfully resonates, as the government or court is yet to punish the real big-wigs of a terrorist organization, whom are celebrating the death tolls in some far away land.

There are few, usual biopic problems, but considering the naturalism Mehta employed for the majority of the film, those things can be overlooked. “Shahid’s” deeply resonating content and performances elevates the proceedings. In a country, where its icons are mostly wealthy, self-made gods, this middle-class hero’s story is a blessing.

One of the best Indian films i have watched in a long time. The film's director is now busy remaking 'Metro Manila' in Hindi as 'City Lights'. Here's my review of Shahid.