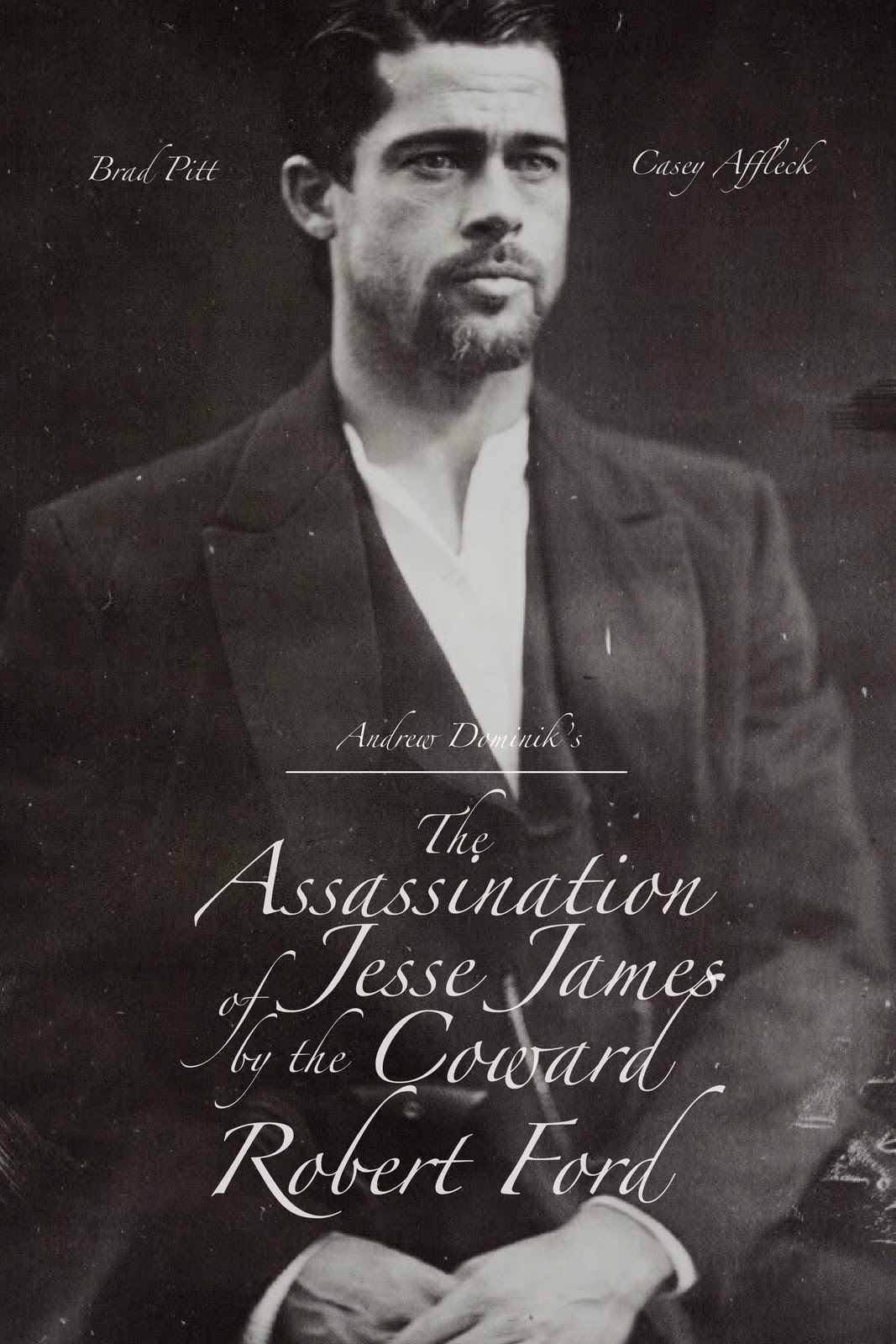 The life and death of scofflaw Jesse James was recounted countless times in American history – in print, as song and on the big screen. Jesse and his gangs’ escapades were worshiped in the old South by confederates, who loathed Abraham Lincoln. He was seen as a renegade devoted to their lost sacred cause. But, Australian director Andrew Dominik’s “The Assassination of Jesse James” (2007) takes the same familiar story and fascinatingly reconstructs it into a psychological chamber drama. Slow pace, long running time (160 minutes) and a plot-explaining movie title may frustrate many viewers (those who are looking for a routine Western), but its rambling poetic tone and contemplative power may dazzle the mind and eyes of a patient viewer.

Dominik’s film shares a lot with impressive anti-western classics ("Pat Garett & Billy the Kid", "The Wild Bunch"). The sepia-hued picture and indistinct morality is reminiscent of Altman’s "McCabe & Mrs. Miller." Even though the film isn’t ironic or blood-spattering like the Sergio Leone’s spaghetti Western, it too deconstructs America’s formative days. The verdant sprawling fields and the narration evokes the grandness of Terrence Malick’s “Days of Heaven.” Based on the 1983 novel by Robert Hansen, the film opens on Sept. 5, 1881, just prior to James’ gangs last train robbery. A Star-struck 19 year old Bob Ford (Casey Affleck) is the new member to join the gang. The gang was hiding out in a forest on the eve of robbery. 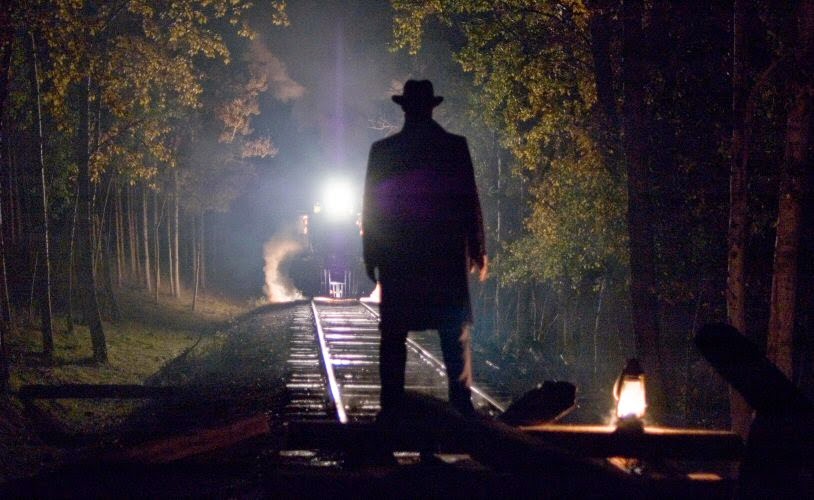 Bob Ford was first coldly driven back by Jesse’s older brother Frank (Sam Shepard). The first scene elaborately shows the laborious work of Jesse’s gang in blocking the rail road. Ford worships Jesse or the legend of Jesse. He has collected dime novels of the outlaw, which he obsessively reads from cover to cover. After the robbery, Frank disapproves the motley crew and heads east for a retirement, leaving his younger sibling to fend for himself. Jesse, with his wife and two kids, moves around Missouri under the pseudonym "Thomas Howard," and always seem restless because of his outsized reputation. But, Jesse can’t seem to get rid of the sycophantic Ford. At one point, Jesse asks appallingly to Ford, “You want to be like me, or you want to be me?” Bob, a wannabe desperado is also the last one of the five brothers. For his elder brother, Charley (Sam Rockwell), Bob only remains as a resident joke. Jesse’s repeated rebuffs create a jealousy and resentment within him, making Bob to confront his own demonic unsettled psyche. 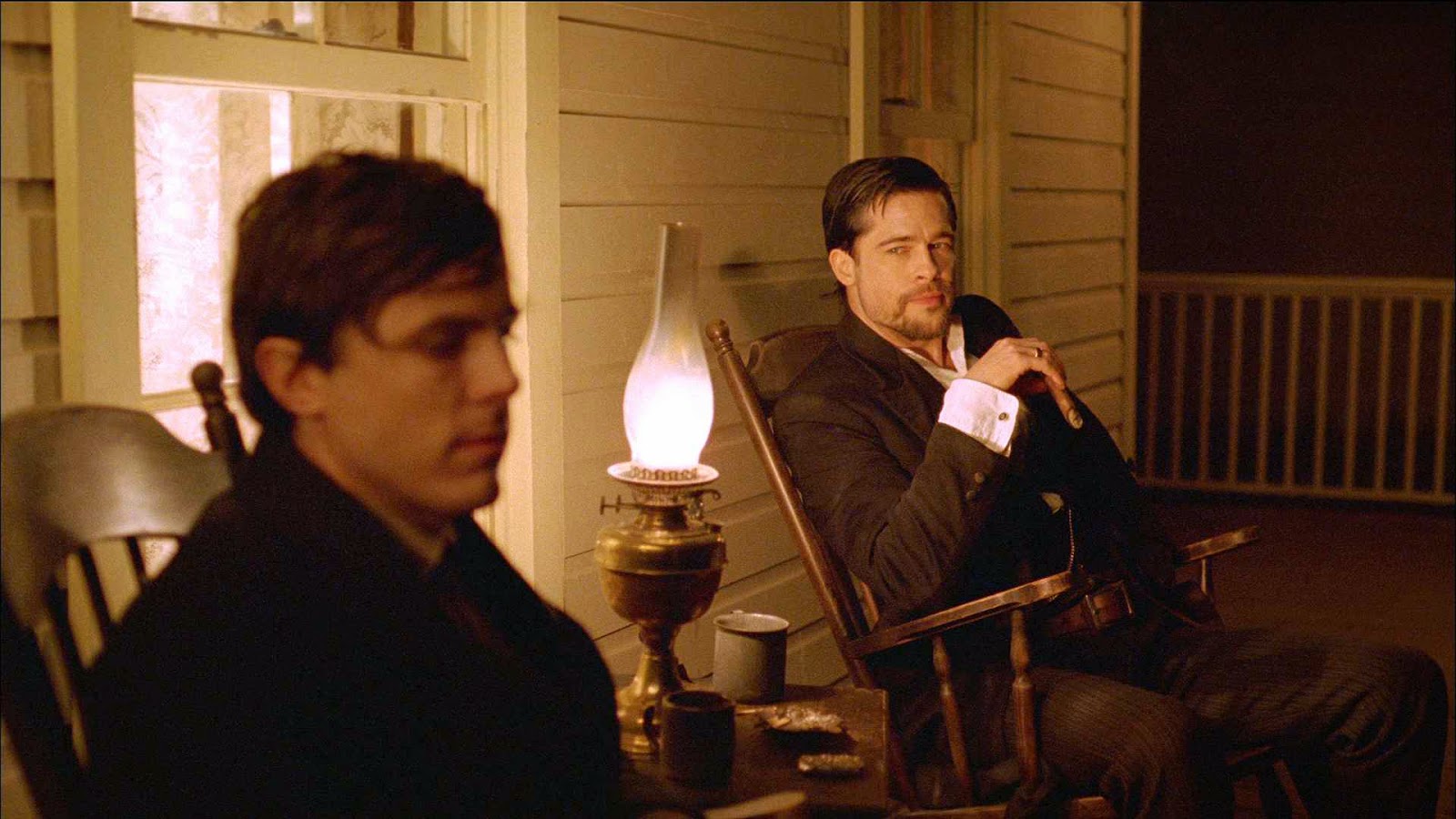 Death is one of the film’s primary themes. Jesse, the fearless gunman gets reduced into a sleepless paranoid -- who wears gun belts even at home – because he venerates death. After the end of his career, he increasingly aware of facing an army of lawmen and also thinks about the inevitable sell out by his own gang members. However, towards the end, Jesse seems to embrace death by grooming his legend and bringing a mercurial attention to his killer’s groveling act. Eventually, he outlived his fame through his calculated demise. Jesse’s inevitable death also explores the relationship between crime and celebrity (In the film, a character exclaims that Jesse is the only American Europeans know besides Mark Twain). It asks how myths are created out of history’s psychopathic killers? Dominik doesn’t bestow any glamorous vision to outlawry. In the night-time train robbery, we see Jesse brutally attacking a man and that one scene only frames the gang as no more than a group of wanton thieves. So, the rest of the devotional songs, newspaper stories about Jesse make us observe the facade behind the frenzied attention.

The film works as a large-scale epic because of the visual astonishment conjured by Roger Deakins (Coen brothers’ regular cinematographer). Shot largely in Canada, Deakins paints a melancholic beauty showing us the desolate farmhouse of post-civil war Kansas and weather-swept horizons. Dominik’s involvement also suggests something Australian about the way Deakins dramatizes loneliness and empty space. Brad Pitt’s performance presents a celebrity imprisoned within his own image. He stalks on the fringes of sanity, displaying a sociopath's obsession with control. However, Casey Affleck as Ford upstages Pitt by making an indelible impression as the weakling who endures no end of humiliation. Years after shooting Jesse, Ford asks “You know what I expected? -- “Applause.” Ford’s re-enactment of the deed on a New York stage condemns him to live a desolate life, which entraps like Jesse, but his status never enlivens after his demise. Affleck in these epilogue scenes makes us feel for him as he only seem like a poor schmuck trapped inside history.

Like Jim Jarmusch’s radically deconstructive avant-garde Western, “Dead Man” (1995), Dominik brings an outsider's perspective and shrewdness to the picture. “The Assassination of Jesse James” is a level-headed study of the Western myth. Its genuinely epic vision circumvents all genre conventions.

The Assassination of Jesse James by the Coward Robert Ford -- IMDb
at April 12, 2014
Email ThisBlogThis!Share to TwitterShare to FacebookShare to Pinterest
Labels: Social Drama, Western

Great Review of an equally great film... it's a bit underrated, though. Very few people know that Brad Pitt won the Best Actor award at the Berlin Film Festival for this film.

Btw, here is the link to my review, if you haven't read it already: