The Class -- Renders the Hard Realities Inside a Classroom


The ideal young teacher reaching out to troubled, unprivileged students – it’s one of the often repeated movie cliche (“Holland’s Opus”, “Dangerous Minds”, “Freedom Writers”). Most of the American productions involving students and teachers turn the relationship into some sort of inspirational melodrama, where some life lesson is preached. What these productions missed out is an unsentimental slice-of-life story. The 2008 Laurent Cantet's Palme d’Or award winning “The Class” (“Entre les murs”) approaches the class room sub-genre unlike any other tale of educational triumph. It is cannily structured and takes a hard-edged, facts-only approach.

“The Classs” was based on Francois Begaudeau’s (rock singer, a teacher and a successful writer) auto-biographical novel, which about working at a tough multi-ethnic school in Paris. Begaudeau himself has played the lead role of the teacher. His character is named ‘Francois Marin’, a slim 30 year old teacher of French language and literature. He doesn’t use strict punishments. He believes in having dialogues with the students, but gets slightly frustrated when his lessons are often met with sarcasm and lack of respect. The film starts with year’s first faculty gathering, where Francois prepares for the arrival of students. The whole movie takes place inside the school property, so we never learn about the private life of Marin. His class is comprised of multi-racial students, many of them children of immigrants. Of the Marin’s students – aged 14 or 15 -- Esmeralda (Esmeralda Ouertani) and Khoumba (Rachel Regulier) dominate the class and has the knack for pushing their teacher into a corner. 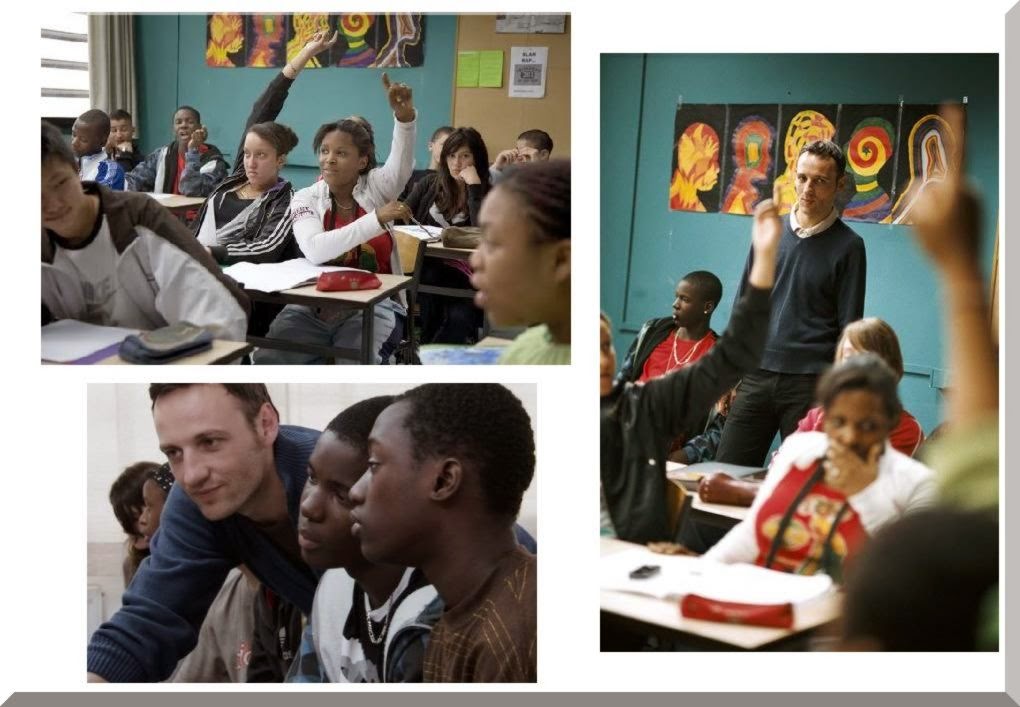 The head-strong member of the class is Souleymane (Frank Keita), a Malian student, who becomes increasingly disruptive over the course of the year. But, Marin helps Souleymane at times to be happy: Francois uses the pictures of Souleymane’s family (taken on a mobile phone) in an autobiographical class project. But, the class environment gets sour, when Francois uses rude language to point out Esmeralda’s bad behavior. The insult ignites a violent row and culminates in a disciplinary hearing, in which Souleymane's non-French speaking mother is present to stop them from suspending her boy. The ending is beautifully inconclusive and may make you curious about the teaching methods.


Directed and co-written by Laurent Cantet, the script uses a great deal of on-the-spot improvisation. The students are really 14 or 15 year old, who has no experience with acting. Of the twenty five students in the class, only two have changed their names for the movie. Most of the non-professional student actors behave just like in a real classroom. Many teenagers functions as the background players. Only three of them have got a storyline: Wey – an intelligent Chinese boy, whose mother is facing deportation; Khoumba – whose attitude has changed over the summer and has now become an angry rebel; and Souleymane, who has got his home issues. We don’t get a clear idea, whether these story lines are resolved. We don’t see Francois Marin going on a crusade to his students’ house and solving their problems. It doesn’t mean that he isn’t interested in them. He remains as a good teacher within the bounds of his profession. His compassion, frustration and hopes are encompassed only within reality. 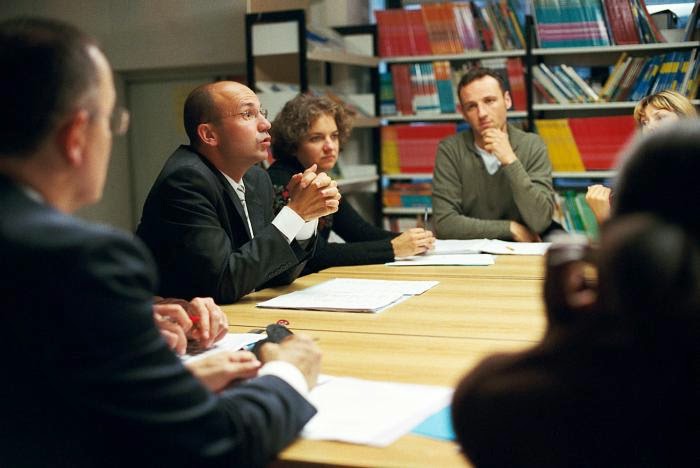 Cantet’s fly-on-the-wall approach mostly contains sessions of oral combat that raises a lot as the film progresses. Throughout the picture, we see slanging matches between Marin and his students, but it never gets boring. In fact, those parts are engrossing. One thing which might surprise the viewers is the universality of the classroom experience we gain from watching this French movie. It transports us to a time, where we remained sullen and angry at everyone and how we too frustrated our good teachers by remaining self-absorbed.

In “Freedom Writers” (2007), Hilary Swank’s teacher character makes her rebellious students read the “Diary of Anne Frank” and slowly changes their attitudes through the book. In “Class”, we see the students holding the same book, but unlike the American movie, the teacher here, seems to fumble with the opportunity to connect. Whatever good things he does, it somehow returns back to zero. He wants his pupils to respect each other and their tutor, but in the end he is irked by the pack mentality that causes them accuse him of disrespecting them. So, there is no sentimental nobility in this film. It explores classroom realities and workplace realities and is never interested in being an inspirational melodrama. In “Class”, we have students brimming with prejudices and insecurities, and teachers, whose hands are mostly tied in dealing with students’ behavior.


“The Class” encapsulates the ups and downs of a school’s year within the 125 minutes. It never allows us to forget the patience that is involved in being a good teacher; how each day they must undertake many roles while constantly keeping up the discipline as well as their sense of humor. Though there are no great emotional outcomes, this film asks many vexing questions.