Time Out -- The Angst of the Modern Working Man Chuck Palaniuk’s postmodernist novel may preach us that “You are not your job”, but most of us are defined or respected by what we do. In a turbulent economic climate, our livelihood has absolutely nothing to do with who we are. People who lose their jobs go into the state of limbo, constantly wracked by feelings of worthlessness.  A modern man, working in a corporate cubicle thinks that his identity is stolen along with his job. We sometimes entrust for entire self-worth into our employment, and so the void created by one, erodes the other. French writer/director Laurent Cantet’s psychological drama “Time Out” (2001) tells the story of an executive who conceals, from his family that he has been fired from his job. Lauded in film festival circuits, “Time Out” is not just a tale of deceit; it is about the shame of unemployment and the ways men try to maintain self-esteem during this arcane period.

The film opens with forty-something Vincent (Aurelian Recoing) sleeping in a car. He answers his mobile ting, telling his wife that he will be late from work. In reality, this middle-class Frenchman has been fired from his job in corporate affairs, few months back. He is ashamed to tell his wife, Muriel (Karin Viard), a school teacher. He leaves work, saying that he is taking business trip, but Vincent hangs out in parks and diners during the day, and sleeps in his car. He has three kids, including a estranged teenage son. Soon, he fabricates a new job for himself and informs the family and friends that he's moving on to an elegant position at the United Nations in Geneva. Vincent borrows 200,000 francs from his overbearing father (Jean-Pierre Mangeot), saying that it’s for buying an apartment in Geneva. 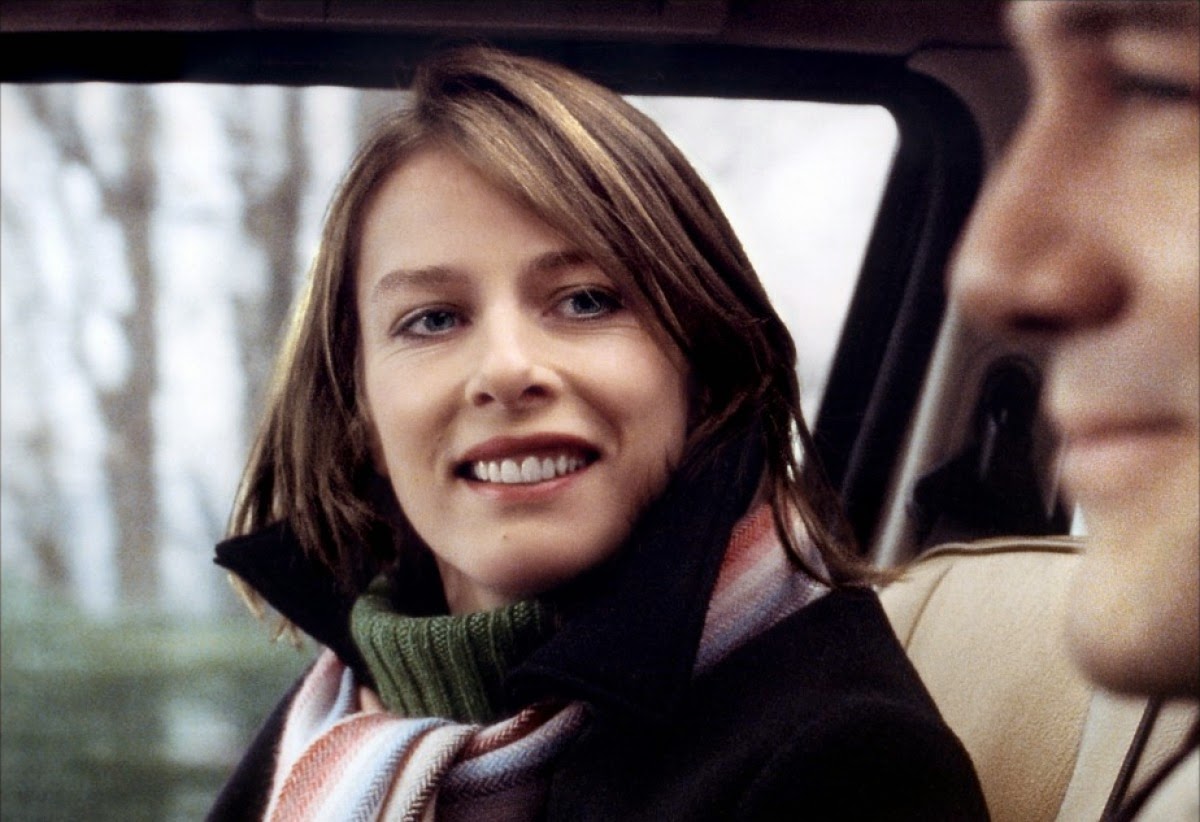 He travels to Geneva and enters a corporate office like a candidate attending interview. He wanders around the building and eavesdrops on discussions, where the management teams are discussing about developing management teams in emerging African markets. He picks us fact-filled company brochures and memorizes that information. Later, he invents a phony investing scheme, calling up old friends to invest in it. To his surprise, lot of friends contact his and give their money with hopes of a big return. He meets them in a nondescript hotel lobby, giving vague details about the scheme. Vincent buys a new car and gives his teenage son, 500 francs for going out.


A pang of guilt hits Vincent, only when a poor friend gives his meager, but whole investment amount of 12,000 francs. In the hotel lobby, he meets a black marketeer (Serge Livrozet), who sees right through his schemes. "What's true in your story?" asks the charismatic crook and even offers a partnership in selling those fake luxury goods. Desperate to return back his friends’ money, Vincent takes the job. Back in home, Muriel suspects something is amiss and calls Vincent’s former colleague. 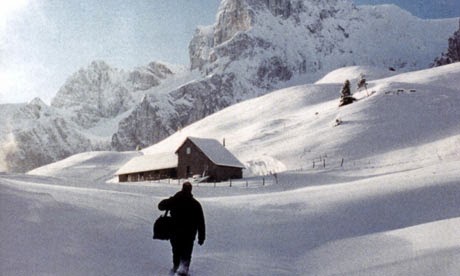 “Time Out” is dramatically unrestrained, unlike a Hollywood movie, and also moves at a leisurely pace. It isn’t political, but tries to convey the absurdity or unreality behind a white-collar corporate life that is about percentages and projections. Words like ‘emerging markets’ draws in smart guys to invest huge load of money. Cantet’s intention is to slowly absorb a viewer into Vincent’s world. At the start, we don’t understand the guy’s circumstances in life, but towards the end, Cantet makes us think from Vincent’s perspective. Although, we feel uncomfortable about his criminal lifestyle, Vincent doesn’t come off like cunning, ruthless con man, reminiscent of Hollywood movies. The climactic scene is beautifully designed: the confrontational look from his little girl and bitter anger of teenage son makes Vincent realize how deeply his lies have hurt, everyone around him. 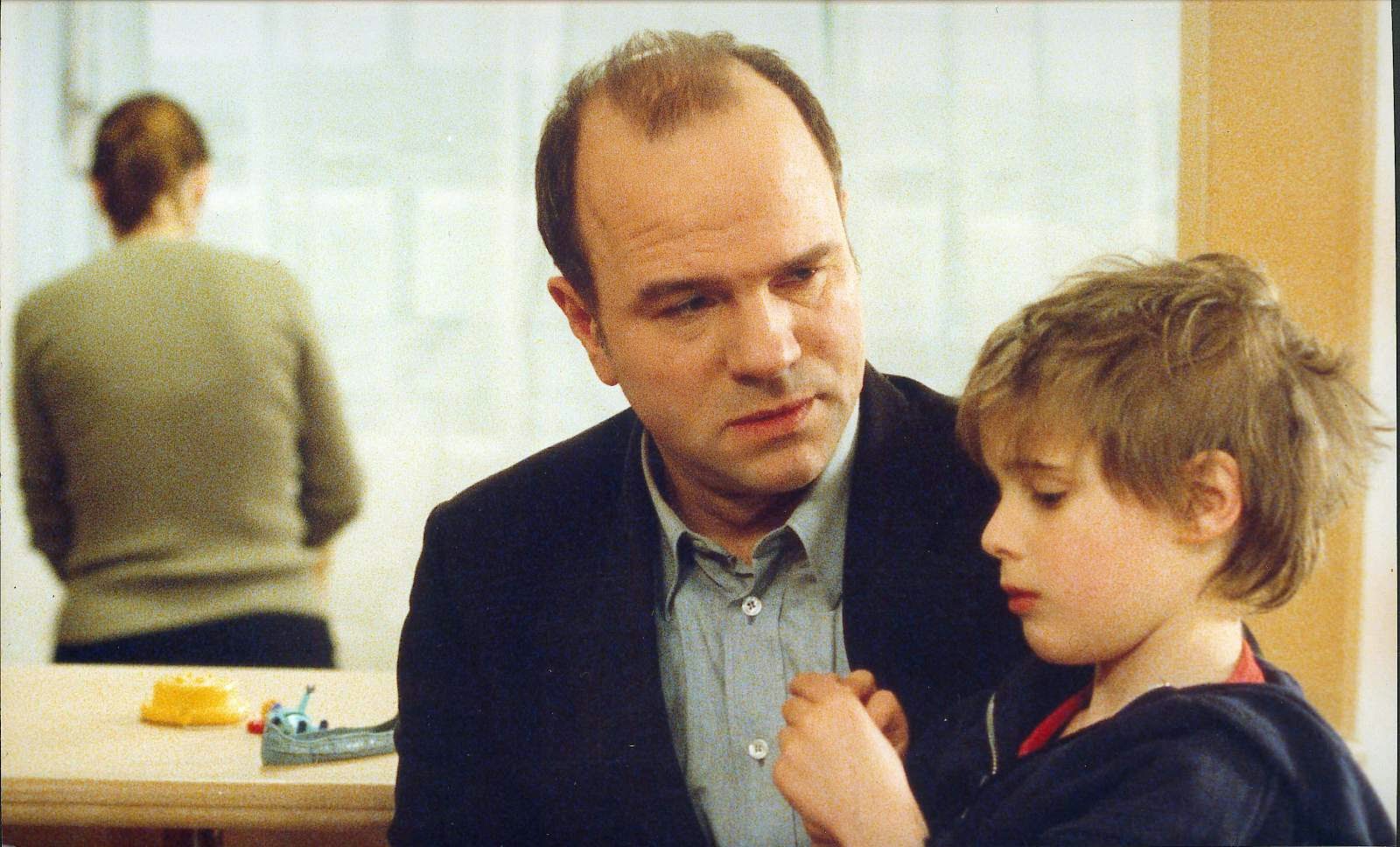 Vincent is not stuck with the shame of employment. In fact, he rejects several career opportunities throughout, legitimate and otherwise. He is consumed by the defeat. He wants to re-invent himself rather than going into some petty job. But, lying and willed denial only caused a decline rather than rejuvenation. He works hard to tell a lie, which only takes him one step closer to eventual self-entrapment. The epilogue scene makes us think that he has escaped from the abyss, but the facial expressions of petrified Vincent represents that he is into another kind of deadening trap.


Recoing gives a soul-shattering performance as the middle-aged dad with the briefcase and trench coat. Unlike Michael Douglas in “Falling Down”, Recoing acknowledges unemployment with psychological underpinnings. The subtle emotions provide enormous insight into his troubled character. In one scene, he articulates how comfortable he is behind the wheel of sedan. He conveys his illusion of freedom through the constant motion of a car.


“Time Out” (128 minutes) brings out the debilitations of unemployment, through a compelling character study of an individual. Built within the in the real world, the characters’ strain and scenarios can be understood by any gainfully employed guy.

Fantastic review ! Seems like such a contemporary theme.Would love to watch it. I am sure us, most of us can associate!

@ themoonstone, thanks for the comment. Yes, although this movie came 12 years before, it resonates highly in this post-recession era.