A Touch of Sin -- A Throbbing Commentary on Modernization and Corruption 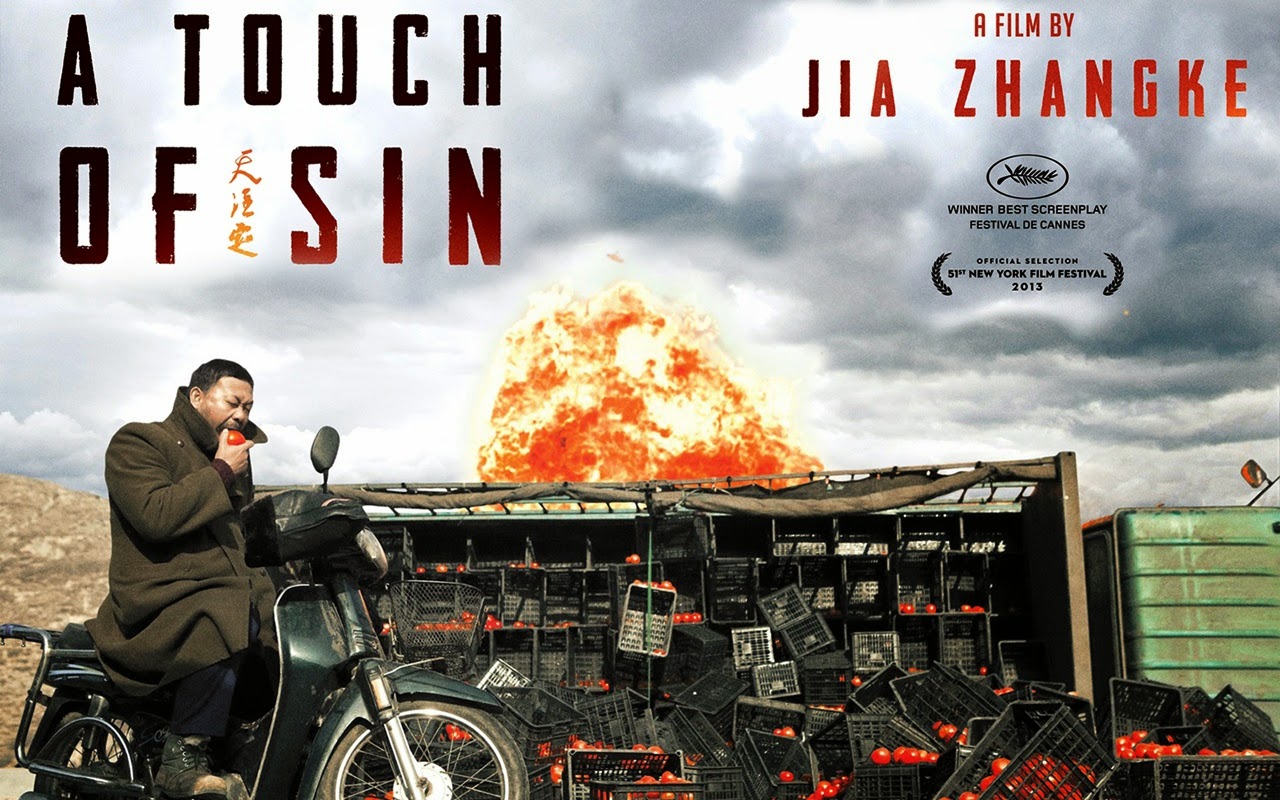 Every time when we read a newspaper or Internet article that a country’s economy has grown so fast in the past few years, we often don’t think those who were left out of the boom in the first place. What would happen if this great financial freedom leaves an unregulated drive for personal wealth, inverting the good-old traditional norms? What would happen in a society where people with or without money think that only money matters? Chinese art-house director Jia Zhangke’s loosely interconnected, uneven film, “A Touch of Sin” (2013) contemplates these questions, showing us what it means to be a have-not in modern China. The events of the film are all drawn from real incidents. Each of the segments is set in a different part of China and all contains an unexpected flourish of violence.

The film opens with Dahai (Jiang Wu), who is standing before a toppled vegetable truck with his motorcycle. Another motorcyclist is confronted in the country roads by three axe-wielding thieves. He calmly murders the thieves and passes by Dahai. The first story takes place in northern coal-extracting region of Shanxi province, where Dahai, the angry miner is disgusted by the corruption among his village leaders. The state-owned coal mine has been sold to a big shot. The wealthy guy and the village chief haven’t paid any dividends. He confronts the big shot, when he arrives in his private plane, but was only beaten up and ridiculed. After repeated failure to expose these shady dealings, Dahai takes out an old army rifle. 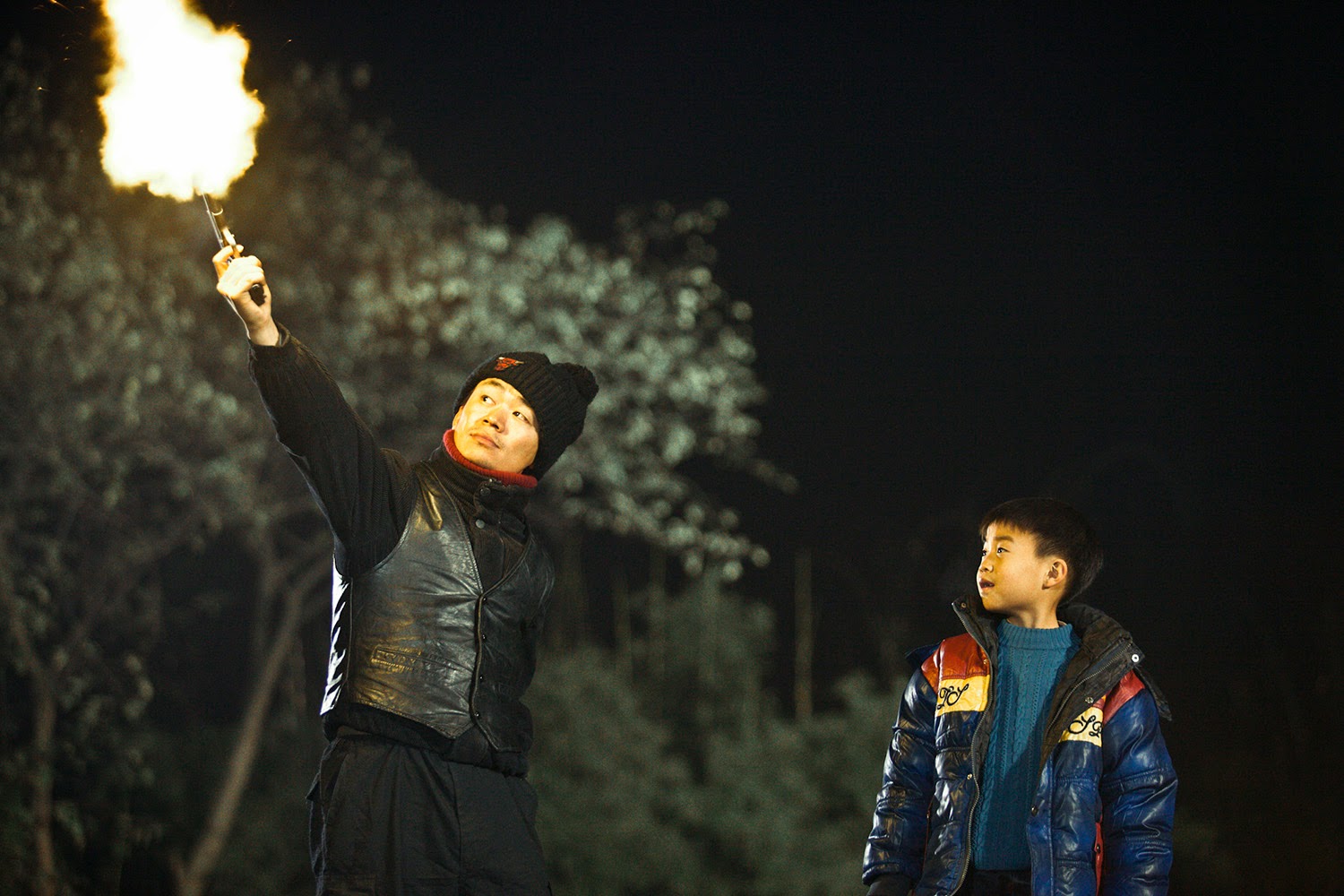 The second story follows the motorcyclist (Wang Baoqiang), who murdered three men in the first scene. He is migrant worker. He returns home, in Chongqing, for the Chinese New Year to see his wife, son and mother. It’s not a happy home-coming as he seems alienated from everybody around him. When his son watches the fireworks with astonishment, he asks, “Shall we set off a firework” and then takes his pistol and fires it towards the sky. The weapon gives him the sense of power ("Shooting guns isn't boring"). Few days later, he goes to another city to support his family. But, the job he does will make us squirm.

The third story follows Xiao Yu (Zhao To), a woman from central China, who works as a sauna receptionist. Her life is in shambles. Xiao’s long-time lover has refused to get divorce from his wife. She was later beaten up by her lover’s wife in her working place. Her pride and aspirations are tested by an obstinate customer, demanding that she give him an intimate massage. “I’ll smother you in money” he says and repeatedly beats her. What he gets back isn’t pretty to look. The fourth story takes place in Guangdong province in the south, where an aimless young man (Luo Lanshan), runs away from a clothing factory and joins as a greeter in a high-end nightclub/brothel. The prostitutes in the place dress up as nurses, conductors and soldiers to enliven the desires of the filthily rich people. The young guy falls in love with a sex worker, but eventually his fate drags him down. 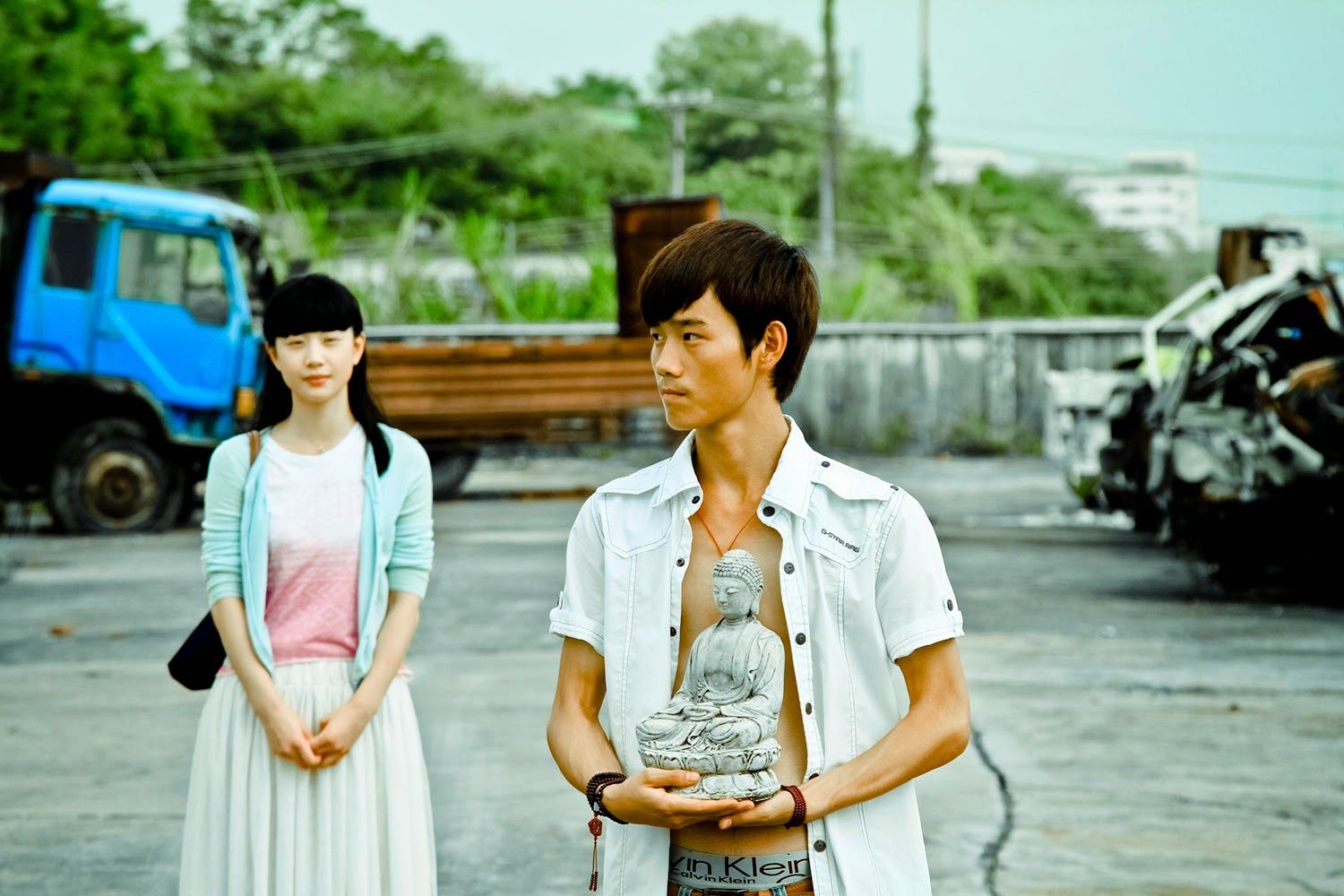 Director Jia Zhangke is highly regarded in the film-festival circuit for his slowly paced, nearly plot less docu-dramas. His great works like “Still Life”, “The World” always focuses on the people scarping out a living, and mostly shot in construction zones, factories, and godforsaken rural villages. But, “A Touch of Sin” is totally different from Jia’s other works. Here he goes into uncharted stylistic frontiers like littered gunplay and knife fights. At the same time, there are subtle messages and stark metaphors. Jia has previously conveyed his critiques of China’s modernization, but this time he seems to be absolutely furious about the exploitation. Common man snapping from social pressures and embracing violent behavior is common enough in a movie. However, Jia’s streamlined character details and motivations make us feel the reality behind this violent disorder.  Based upon our own perspective, the violence depicted here can be seen either as burdening or liberating method. 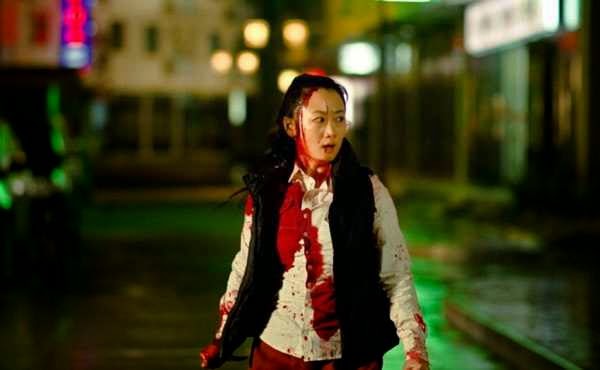 The film loses little momentum as it jumps moves from one segment to the other, but Jia and his cinematographer Yu Likwai’s exalting pictorial sense holds everything together. The director’s theme of ‘society falling apart’ is not only emphasized by these four individuals, but also through little details, which lets us to know about other disasters and outrages. People dying in a coal-mine explosion; a village chief collecting a staggering amount of Louis Vitton bags; a head-on train collision. These background random tragedies and other bad omens are used to imply that no one is living a life of ease.

The film ends with a haunting note, asking us what kind of society would do this to its own people. It’s this question, which makes “A Touch of Sin” remain universal. It is not just a bristled portrait of modern China; it is about any country, which is crushing its underclass people in the name of greater prosperity.

so many stories of the same theme in one movie... I like this concept..

Although i loved the film, i thought it was extremely slow. You need to be patient to sit through it. Had watched it at Mumbai film festival last year and i remember seeing people walking midway

@ Haricharan, yeah, we feel that the film moves slow, since each story is hammering home the same point. The characters also becomes increasingly introspective as the film moves from one story to another.