Killer of Sheep -- The Desolation of Urban Life 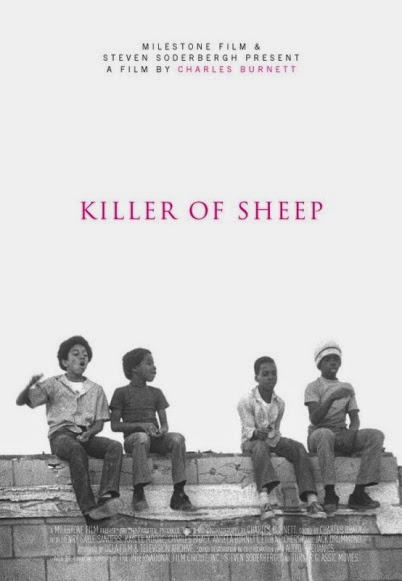 Films (of the past & present) have taught us a lot about ‘ethnography.’ Through haunting or beautiful images, anecdotes and accumulated details, we are put into a period in history, where we watch an individual society thriving hard to survive. The ethnographic movies most often refrain from making judgments on these societies, leaving all kinds of interpretations to our minds. In 1977, a UCLA grad student for his thesis project shot a movie for less than $10,000. Because of legal battles over music rights, the film didn’t get released at that time. The 33 year old grad student was Charles Burnett, and his movie “Killer of Sheep” (1979) is now considered as one of the landmark movies of America.

Shot in 16mm black-and-white, “Killer of Sheep” is a study of social paralysis in Los Angeles’ African-American society, where the oppressive poverty makes people to live from paycheck to paycheck. This film is heavily influenced by Italian neo-realist films (like “Bicycle Thieves”). We could also catch the emotional realisms, exhibited by film-makers like Jean Renoir, Robert Bresson and Satyajit Ray. In 1981, “Killer of Sheep” won critics award at the ‘Berlin Film Festival’, and in 1990 it was placed on the American Libraray of Congress’ National film registry. But, still the movie remained closed to wider audiences. Only on 2007, the film got a national release (fully restored in 35mm by UCLA's Film and Television Archive). 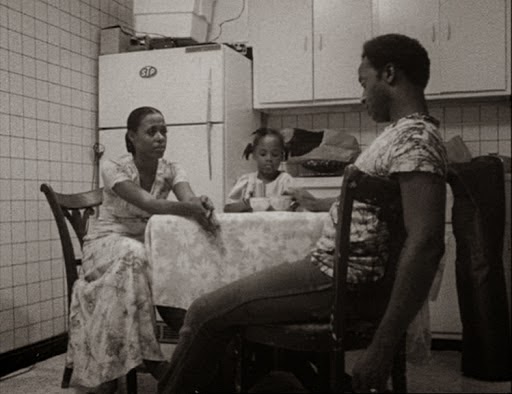 This rare intense portrait of the hardships in African-American society doesn’t have any narrative. Unlike most of the black ghetto movies there are no riots, drug-induced violence, and territorial fights. It simply concentrates on family man from working-class, who feels utterly trapped within his society. The 87 minute movie opens with two working men sitting across a dilapidated kitchen table, holding fragile, hot tea cups and converses about how the hotness of this ceramic ware reminds them of their wives' foreheads during lovemaking. Sad-faced Stan (Henry Gayle Sanders) was one of the men sitting in the table. He works in a slaughterhouse, moving sheep onto the killing floor and hanging them on hooks. Although, he moves sheep's’ guts in carts, Stan is a sensitive man.

But, over the years, he has turned into an empty shell, incapable of sleeping and rarely shares a moment of intimacy with his beautiful wife (Kaycee Moore).  Stan has two kids – a boy becoming a man and a little girl, who wears dog masks. Over the film’s running time, some things happen to Stan’s life, slowly and lazily – the way events unfold in real life. The life never offers any hope and the hopelessness even passes its way down to all the neighborhood children, as they travel in packs, teasing and tormenting one another. 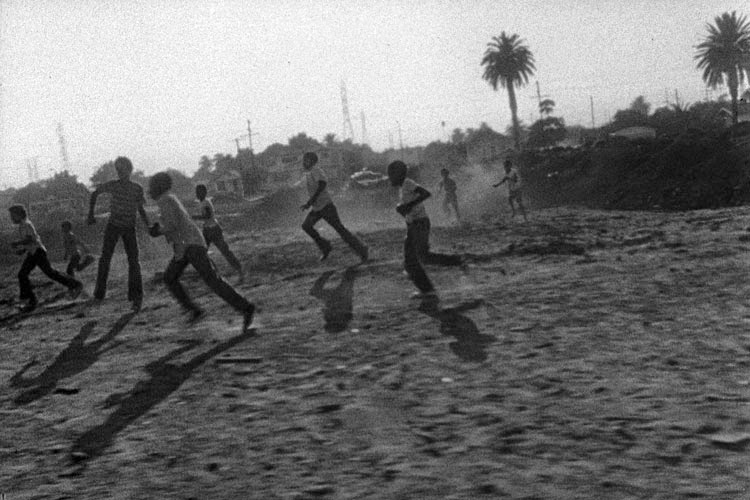 The ‘Watts’ section of Los Angeles neighborhood resembles a war zone as many buildings are razed by fire during a decade earlier riots (around 1965). Nonetheless, this is not about the peoples of one African-American neighborhood. It vividly depicts the lives of working class at the 20th century. Men, here, after returning from the back-breaking collapse into the couch; they neglect their family, although their sole purpose of earning is to have one; Boys of these men get on their nerves, as they have done to their own father.  In short, the mundane lives end up to be a existential burden – a life full of despair. Stan’s neighborhood is devoid of commerce, but what’s found in abundance is madness. Children throw rocks onto the train, jumps from roof to roof, abandoned lots are used as playgrounds, cars don’t run and sleep is hard to come by. As one character reminds us, “this is a mean old world.”

“Killer of Sheep” stays real right towards the end, never offering an easy way out of poverty for Stan. Smokey and Scooter, two sweet-talking guys visits Stan to persuade him to go with them to kill a plan. Their business proposition is straightforward; however, when Stan’s wife arrives at the scene, she angrily debates on the good and evil and runs off those guys from her porch. At times, Stan is proud at least to have a job, as he says to another friend: "I'm not poor. I give away things to the Salvation Army sometimes." So, even through all these hardships, Stan remains like an average working man always hoping for the better. 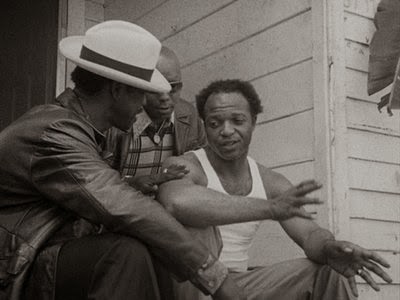 “Killer of Sheep” isn’t always somber. It has its dryly funny moments. One such scene happens, when Stan's talkative friend, Bracy, talks him into an ill-starred plan to buy a car engine from another ne'er-do-well friend. They negotiate for the price and finally carry that heavy machine from the steps, slowly and load into the back of the truck. When Stan tiresomely starts the truck, the engine falls back, breaking into bits. This scene could be seen as a metaphor for all those working-class people, living across the world. Like that burdensome engine, they carry their lives, never straying into nefarious ways, but in the end, their hopes break away, leaving them with more debts.  Burnett subtly observes Stan’s job, as he herds the sheep to a fate that awaits all living things on earth. He juxtaposes those images of dimly realized sheep, which doesn’t know what might be in store for them, with the neighborhood people, who are herded by the conformist human beings, residing high up in their penthouses.

“Killer of Sheep” imparts us with a timeless truth about the human condition. This impoverished production, shot on weekends over extended periods of time, offers a defiant truth, which you can’t find in any of the million dollar budget movies.