The Verdict -- A Bewildered Man's Quest for Redemption 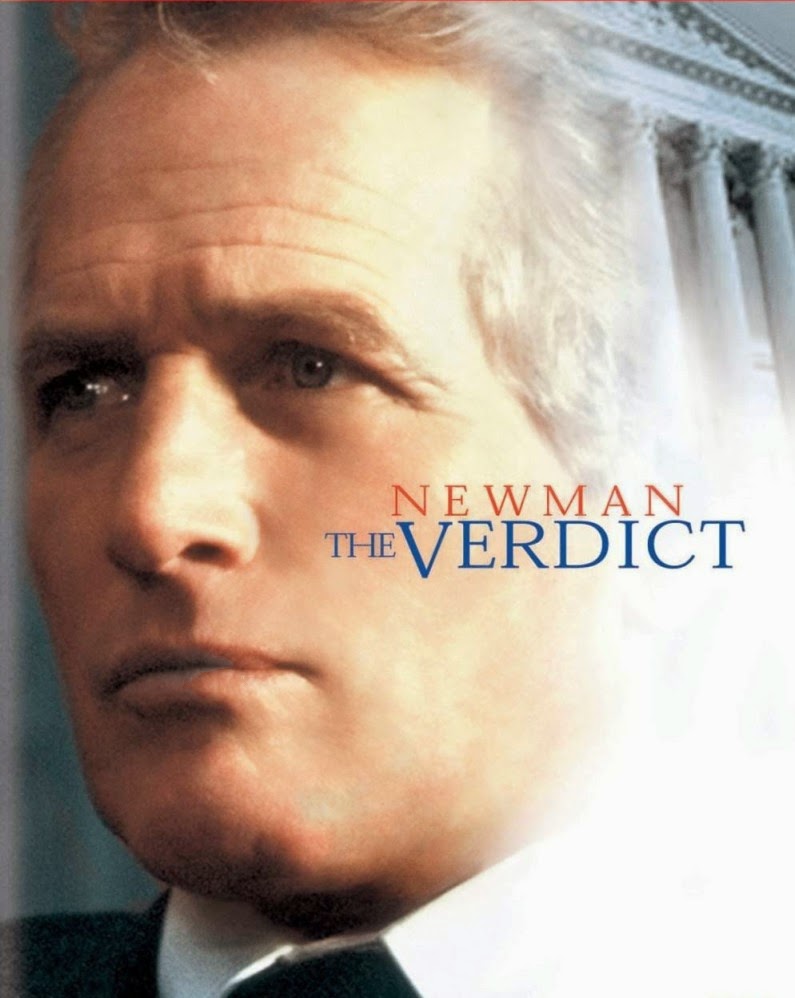 Sidney Lumet, who directed movies for five decades, wondrously explored the moral disputes inside American institutions. “12 Angry Men”, “Serpico”, “Dog Day Afternoon”, and “Network” are all invigorating films, which made us contemplate, where an individual’s culpability and responsibility starts and ends within these institutions. One such challenging movie that belongs to Lumet’s unsurpassable oeuvre was “The Verdict” (1982). Based on the novel by Barry Reed and adapted exceptionally by David Mamet, “The Verdict” consists of a compelling narrative, which hurls a redemption-seeker into a courtroom. Like many other Lumet’s films, it has a stern art-film aura and eventually exults the winning of good over evil.

On the outset “The Verdict” has a simple story of David Vs Goliath. You might have come across this story line in numerous underdog formulaic sports movies. Yet, what’s great about this movie is that it claims all our attention into this ordinary premise. Frank Galvin (Paul Newman) is a once idealistic lawyer, who worked in a huge law firm. Now, he is an alcoholic, wallowing with pain and guilt. Apart from drinking, he spends the rest of his free time by playing pinball at a local bar. At times, he works as a ambulance-chasing lawyer. He attends various funerals and thrusts his card into the hands of bereaved people. In one such occasion, he gets humiliated and thrown out by a bereft man. Frank’s only friend is his former associate Mickey Morrissey (Jack Warden). He is also fed up with Frank, but brings up a sure-fire case to make him get a grip on his life. 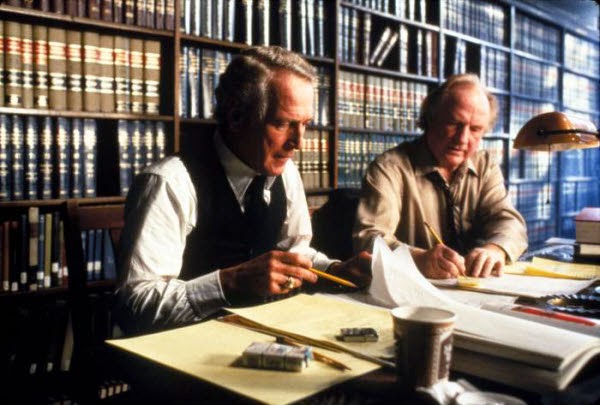 It is a medical malpractice case. A young pregnant woman lies in permanent coma because of the wrong anesthetic given to her during childbirth by two renowned doctors. The hospital named St. Catherine's Hospital is owned by Archdiocese of Boston. Sally Doneghy, the girl’s sister, and her husband Kevin has brought up the malpractice suit. The hospital management is happy to pay a price to keep this matter out of court. Frank is also happy because through a successful negotiation he might get one-third of settlement amount. To negotiate strongly, Frank takes a Polaroid camera to take some pictures of the girl lying in vegetative state. When he snaps those Polaroid, something snaps inside Frank, making him realize the enormity of the crime committed against this girl.

He rejects the $210,000 settlement and announces that he is going to take the case to trial. The defense hires a satanic lawyer Ed Concannon (James Mason); the trial is conducted by nefarious one-sided Judge; Frank’s witnesses disappear due to dirty tricks by opposition; and even Frank doubts himself about winning this case. What follows could be easily predicted, but the depths we travel along with the main character give us an exceptional viewing experience. 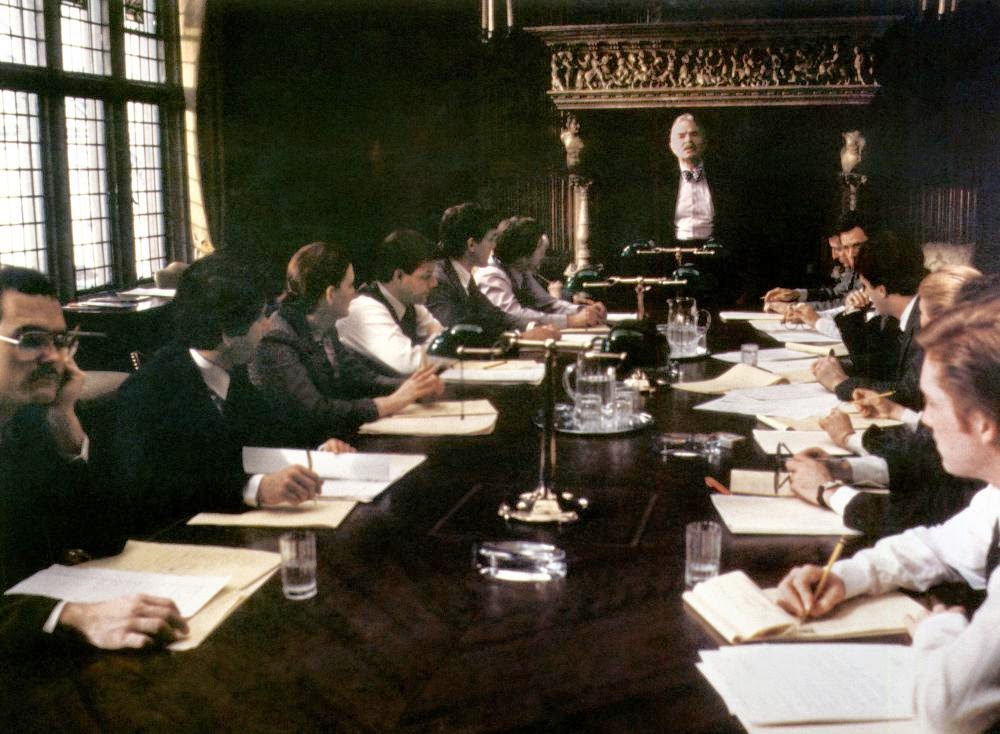 Cinematographer Andrzej Bartkowiak unrelenting gloomy images gives us a feeling of watching a movie from the 70’s, but those images scores very well as it reflects Frank’s mind set and his inability to break away from the past. The famous playwright David Mamet’s script contains his usual trademark dialogues, and at the same time, peers hard at the havoc brought out by corruption and institutional incompetence. Mamet’s script would always have misogynist viewpoints. In ‘The Verdict’, his views are conjured upon the double-crossing character of Laura (played by Charlotte Rampling). Although the movie has robust script, it entirely belongs to Paul Newman and Sidney Lumet. Newman, in the 80’s entered a new phase in his career. He got involved with compelling cynical characters, bestowing us with bravura performances. 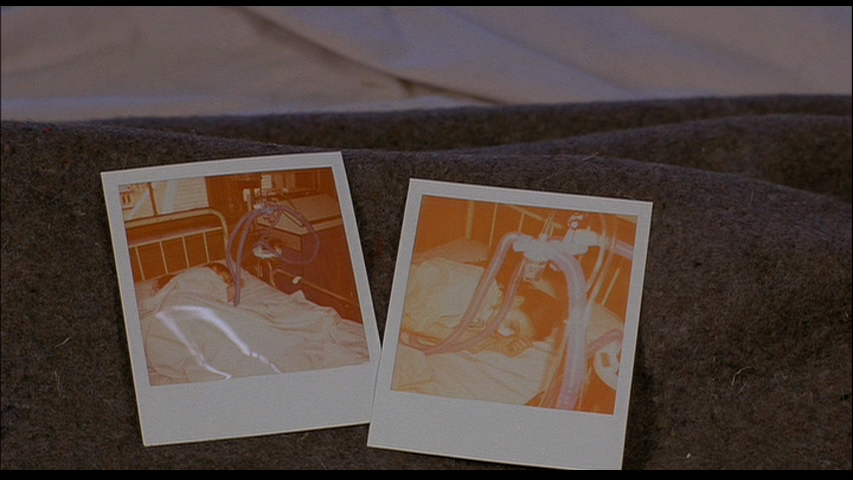 Newman and Lumet never show Franks as a noble crusader fighting for justice. At first, he acts out of extreme selfishness, and then takes the case to trial, going against the wishes of his clients. Lumet hints that by taking the case to trial, Frank not only wants to bring out the guilty doctors, but also wants a shot at his own salvation. Newman’s brilliance lies in the way he conveys the pain of Frank. He doesn’t make Frank to change entirely after that Polaroid scene (a moment of clarity). Frank only changes from being sad drunk to an energetic drunk. Nothing else changes, including the anguish in his eyes. The other great performance comes from James Mason as master defense strategist. The scene where Mason, preps one of the doctors, repeating taunting questions, is particularly memorable for all its malevolence. 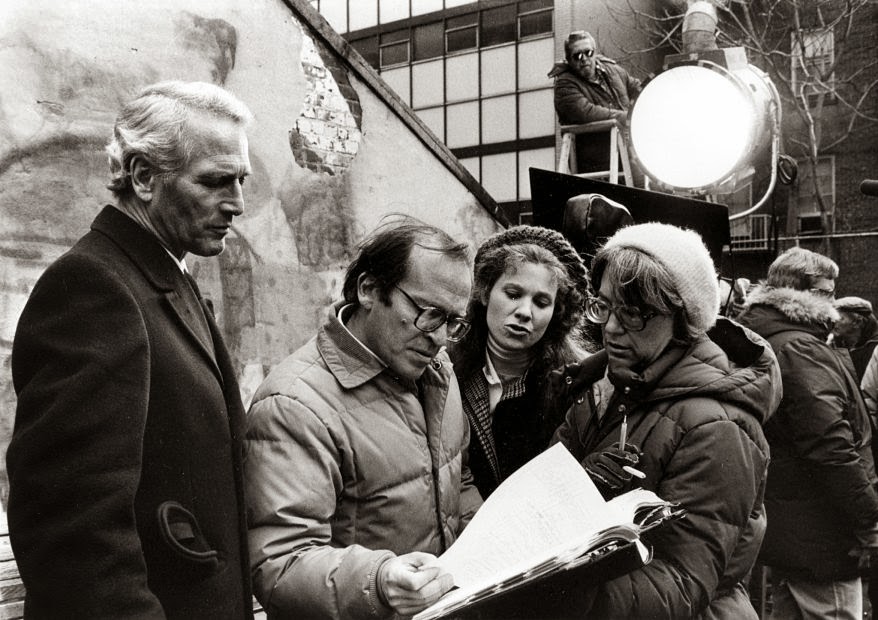 Lumet draws out enough suspense without ever making us forget that it is primarily a character study. Lumet uses many long-takes and as action unfolds, the camera gets slowly pushed into his face, an effect that is used to place the main character into that institutional space. The most impressive of the long-take camera movement happens near the end, during Frank’s summation. Although, the film ends with a victory, Lumet doesn’t finish it with a sunny picture (considering the fact that the woman will forever be a vegetable). Frank may now have new chance in his life, but we see him, still sitting in his office, gazing into the empty space with a glass in his hand.

“The Verdict” (128 minutes) is rendered in a subtle manner and filled with original performances. There are no un-called for reaction shots or musical cues to tell us what you should think or interpret.

The Verdict -- IMDb
at May 14, 2014
Email ThisBlogThis!Share to TwitterShare to FacebookShare to Pinterest
Labels: Social Drama