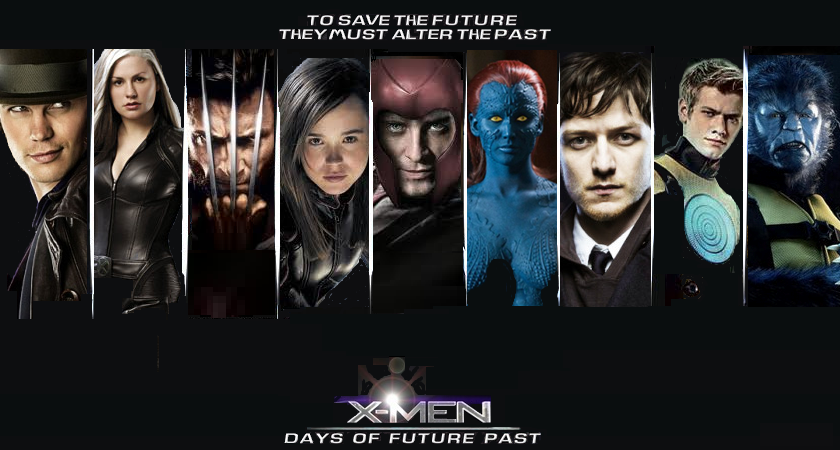 When I watched “X-Men: Last Stand” in 2006, I thought that ‘X-Men’ is yet another trilogy with a weakest final installment. The origin story of “Wolverine” although induced some interest, it was no were near ‘X2.’ At that time, from the business perspective, X-Men seemed to have reached its sell-by date. But, Matthew Vaughn’s terrific prequel ‘X-Men: First Class’ expanded the mutant gene pool by imbuing rich details and inventive set pieces. Last year’s “Wolverine” turned to be an average fare. However, at the end of the movie, we were hinted about a time travel theme, which might once again unite all mutant forces. Director Bryan Singer once again returned to franchise after ‘X2’ and we hoped for the biggest, most daring adventure yet. “X-Men: Days of Future Past” (2014) has made all our hopes come true as it re-energizes the franchise with innovative action, levity and a gripping emotional core.

In time-travel films, all catastrophic events of the present are traced back to a single event. The entire world’s hope would then rest on a particular man, who takes on a mission, bound back in time and keep the said event from happening. “Days of Future Past” follows the same drill. It is 2023. The sky looks stormy and greyed-out because the mutants-killing ‘Sentinels’ have taken over control of world. Manhattan and Moscow are wrecked. Professor Charles Xavier (Patrick Stewart), Magneto (Ian McKellan) and Wolverine (Hugh Jackman) and some other mutants are confined to a Chinese safe house. Kitty Pryde/Shadow Cat (Ellen Page) must use her special abilities to send Logan’s mind into his body in 1973, so that he can amass a team to alter the future. 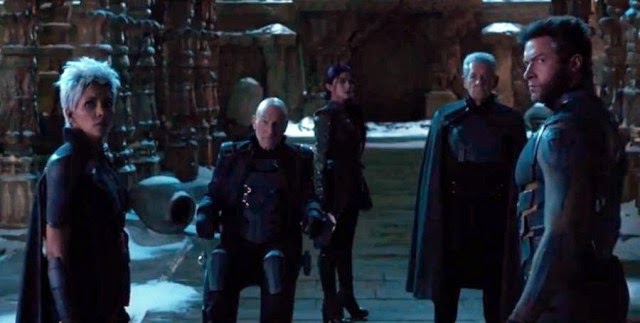 Logan first needs to convince young Professor X (James McAvoy) and Magneto (Michael Fassbender) about the mission. The job is to stop Mystique/Raven (Jennifer Lawrence) from murdering Trask (Peter Dinklage), an assassination that will only escalate Trask’s Sentinel programme. Trask does Nazi-like experiments on mutants and hopes to get his hands on some DNA, believing that it would better equip his “Sentinels” to save the human race. But, the problem for Logan is that Professor X has lost all hopes and Magneto is imprisoned in the Pentagon for killing JFK. 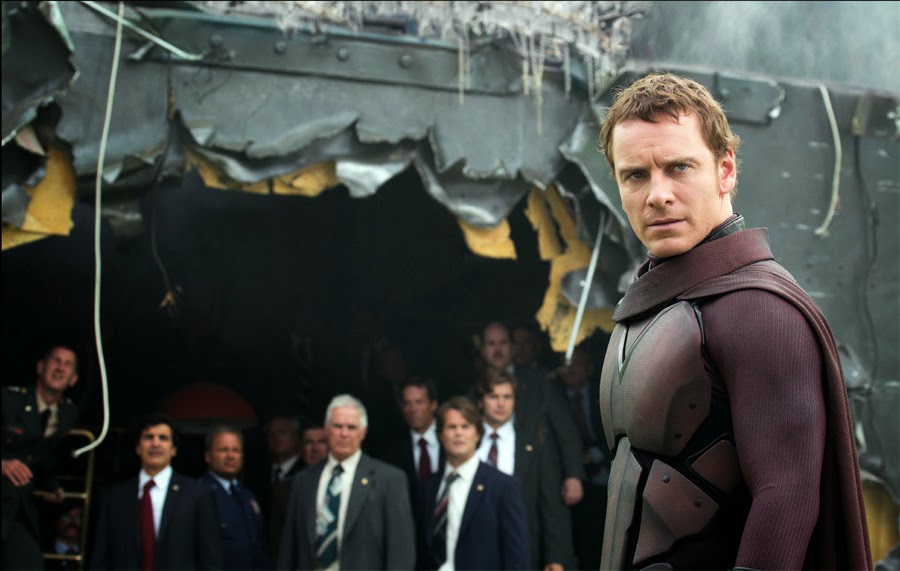 Scriptwriter Simon Kinberg’s pithy one-liners and expository dialogues might serve well for franchise fans. The cheerful changes of pace within the serious drama provoke plenty of laughs. The great numbers of characters are never clumsily managed. The time travel theme allows Kinberg to bring up Vietnam War, Richard Nixon and even JFK’s assassination. The wrongness of homophobia, racism and war are briefly explored. After the disastrous “Jack the Giant Slayer”, Singer redeems himself with this film. He melds the past and the future together and riddles us with metaphors that can be enjoyed even by the uninitiated audiences. Singer is interested in showing mutants with singular gifts as figures in a larger plan rather than blessing a particular superhero with a superior screen-time.

Half-dozen sub-plots, crosscutting events between past and present and a lot of gloomy exchanges doesn’t bog down the action adventure. The action set pieces, exhibited here, are one of the best of the genre. The wonderful time-freezing sequence, where ‘Quick Silver’ rearranges bullets and peoples on their tracks is a classic sequence that is worthy of the audiences’ applause. As lightning-fast ‘Quick Silver’ Evan Peters steals every scene he is in. Placing a football stadium into a corral around the White House and the Sentinels descending from their coffin-shaped air-crafts gives a fine surrealistic feeling. All these delicious special effects are well contained without eating into movie’s emotional convictions.

Fassbender and McAvoy delicately unleash their pent-up feelings. Jackman’s Wolverine, although cursed to suffer the torment of having his consciousness exist in two time frames, seems to be having great fun. Patrick Stewart once again excellently delivers his monologues. Jennifer Lawrence’s eyes evoke the chill fury of a hunter and waning smile of a hunted. Since she spends most of her time running, there aren’t many character moments for her. Game of Thrones fame Peter Dinklage’s Trask is more than a regular mad tyrant of Hollywood. His survival in the end, gives us hope to possibly see the actor doing a even more complicated villain in the upcoming “X-Men: Apocalypse.” Halle Berry, Ellen Page and the rest of the high-priced cast sleepwalks through their roles.

Banal dialogues sometimes null the pacing and the rewriting of entire X-Men history may give us a feeling that, in the past we sat through X-Men movies that never happened. However, the climax offers pleasures, which locks many plot threads and teasingly opens others. Although “X-Men: Days of Future Past” (130 minutes) is a superhero movie and a product of a studio giant, it finely attempts at contextualizing all the fantastical action and remember that, it haven’t stuck in a rut like the ‘SpiderMan’ movies. It’s a rare, perfect summer movie that incorporates popcorn entertainment into an intriguing environment.

X-Men: Days of Future Past -- IMDb
at May 25, 2014
Email ThisBlogThis!Share to TwitterShare to FacebookShare to Pinterest
Labels: Hollywood Movies

Nice review, Arun. It was also nice to see all characters of X Men return for this movie (incluing Rogue). A lot of impetus was placed on Mystique's character.

There were some dots I couldn't connect, but for the sake of readers who haven't watched the movie, I'll keep quiet :)

Great film... and I completely agree with it, word by word... you have most certainly hit the nail on its head.

Here's the link to my review:

Wonderful review. ..I am already an X men fan ...and enjoyed this post thoroughly :)

@ Vishal Kataria, Thanks for the comment. I think we will find the answers and connected dots in next part, "X-Men: Apocalypse" and I am sure many fresh questions will also be raised.

Thank you for the review. I am very excited about this movie. I agree, the previous one was quite a dampener, and after being in love with the wolverine character for so long, I guess this would be a great movie to watch :)

I am yet to watch this but sounds interesting.

A fitting summer blockbuster and Singer knew exactly how to bring back all the characters in a film. It should have been called X-Men: Days of Reunion :) Wonderful review.