Mysteries of Lisbon -- A Labyrinthine River of Intriguing Stories 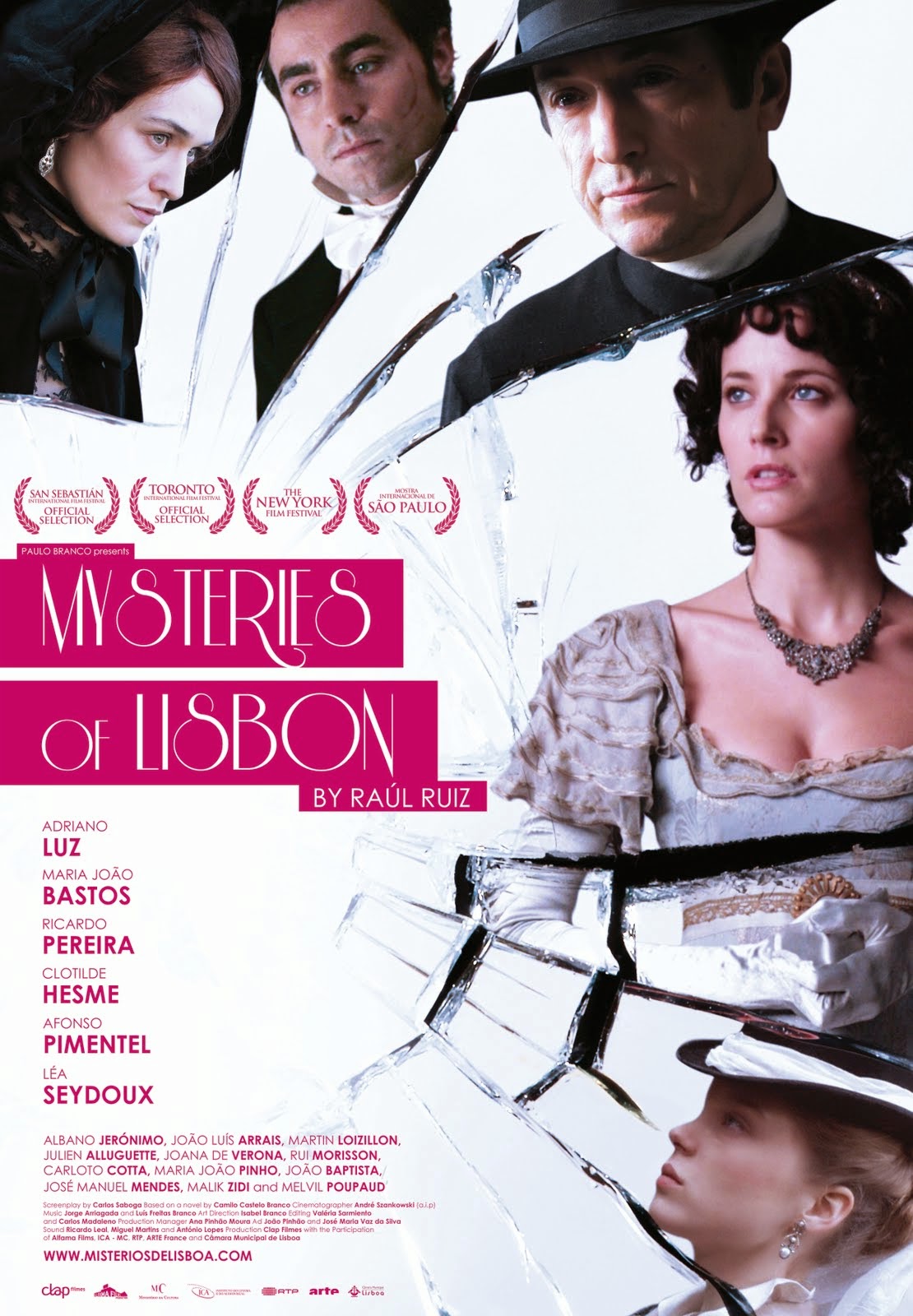 The Chilean-born, Paris-based auteur, Raul Ruiz is said to have made 100 or so films in his illustrious career. He has made documentaries, films and TV miniseries since the mid-’60s and is a much revered figure among French cineastes. Prior to his last film, I have only watched his 1999 film “Time Regained” – a lavish adaptation of Proust, fittingly narrated by sublime visuals. “Mysteries of Lisbon” (2010) was his grand final film (died in August, 2010, at the age of 70), which was originally intended as a TV mini-series. However, it was later put together as a two part surrealistic-epic, lasting four-and-a-half hours (272 minutes). If you hate costume dramas or intellectual inequity or the nested narrative, then maybe I couldn’t force you to watch this movie, but, if you are hesitant to watch this film, just because of its length, then I have to say that it’s never boring (as many of modern viewers think that long equals boring). Once you get into these gorgeous, digressive and painterly images, you would sense that this is unlike anything I have ever seen.

“Mysteries of Lisbon” was adapted from the three-volume novel by Camilo Castelo Branco (1825-1890), a prolific Portuguese novelist, whose works have never been translated to English. Branco’s tale looks Dickensian in many aspects -- tale of coincidences, hidden aristocratic parentage, honor, over-the-top legacies etc. Ruiz’s film is different from the brisk-paced, conventional Hollywood costume-drama. There are lots of fluid long takes and breathtaking static compositions that give us the elating impression of flipping through a book. And, the word ‘convoluted’ must be repeatedly used to describe the narrative, as the storyline branches into unexpected directions. 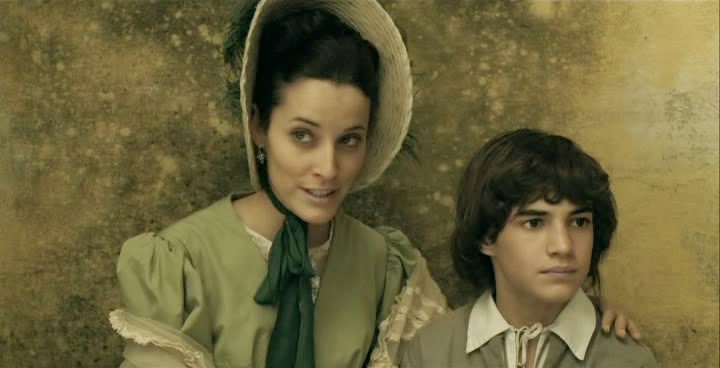 The 19th century Portuguese boy Pedro (Joao Luis Arrais) must have thought that ‘the world is a stage.’ He must have forged thought recently, as this 14 year old teenager has recently learned that he is not an orphan. He was introduced to his mother, Angela (Maria Joao Bastos) – an aristocratic mournful woman. She gives him a miniature modern theatre and that is when he must have formed the aforementioned thought, so as to stage some ironic, bizarre and eccentric fairy tales. ‘Pedro de Silva’ has not been the boy’s name before the arrival of his mother. He was previously named as Joao and was nurtured under the care of Father Dinis (Adriano Luz), who is also a wonderful story-teller. Joao was often teased for being a bastard and one of the serious fights with a classmate puts him out of consciousness, in the bed. However, Joao is aware about a woman sitting alongside his bed. She is a countess, and mother to Joao whose identity has been kept hidden from him because the count (not Joao’s father) has kept her locked up for eight years. 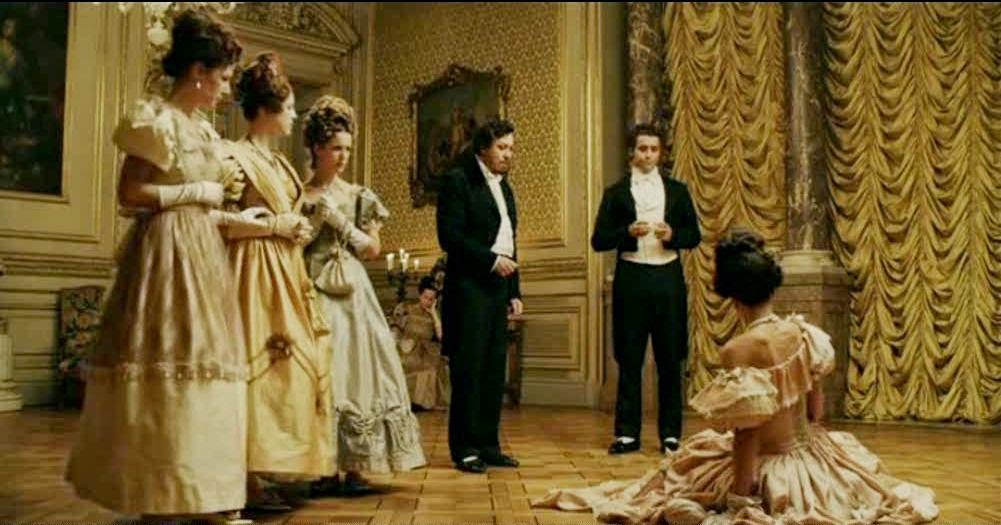 Recovering from the illness, the boy slowly gets acquainted with his mother and from Father Dinis, he learns about his origins: Angela’s lost love and unhappy marriage with unfaithful Count of Santa Bárbara (Albano Jeronimo). Dinis, recounting Angela’s past life is just the starting of film’s first “story within a story”, as Father Dinis seems to have lots of identity in his extraordinary career that preceded elevation to the priesthood. He recounts, and at times, hears the sagas of doomed lovers’ aristocratic ruthlessness. The boy Pedro grows up to be lovelorn young man and his life comes to a circle, when he meets the enigmatic sparer Alberto de Magalhaes (Ricardo Pereira) – a disreputable fighter and an honorable merchant. 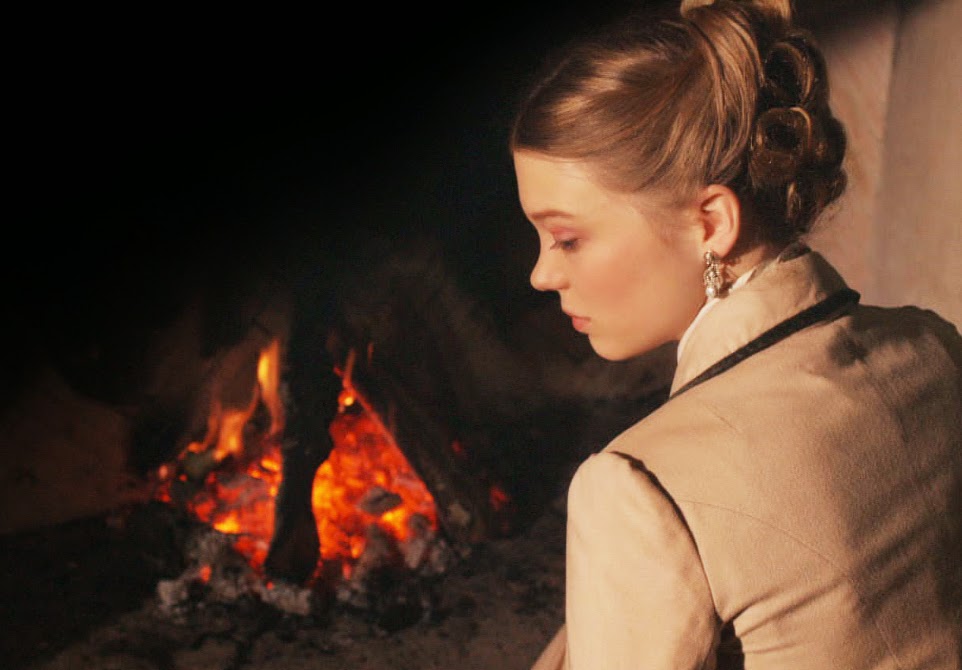 Director Ruiz and cinematographer Andre Szankowski has painstakingly contrived unusual camera positions. The suspended, weightless nature of the camera, mimicking even that smooth sideways movement maneuvers aren’t a stunt, since these movements closely resembles Joao’s toy theatre diorama. As for the question, ‘why should it resemble the paper characters that slide along the stage?’ I must ask you to wait till the epilogue to find out an answer.  The other noticeable aspect of the camerawork is the distancing technique (as we are constantly declined to close-up shots). At times we view a character in long shot for a certain time, but still we are unable to identify the same character, when he/she takes up a different identity. This deliberate distancing is conjured up to offer us portrait of a society based on ruthless deception. There are also some bizarre, extraordinary camera movements that evoke various kinds of unreadable emotions. One such scene happens at the very beginning of the film, when a little boy comes up to Pedro and says, “Do you want to see something?” The camera accompanies both of them and the boy points to a hanging man, tonelessly saying “It’s my father”, while a group of onlookers are standing with indifferent looks. We are taken by surprise; we feel pity for the boy and horrified by this sight, but those visual’s existence remains enigmatic. 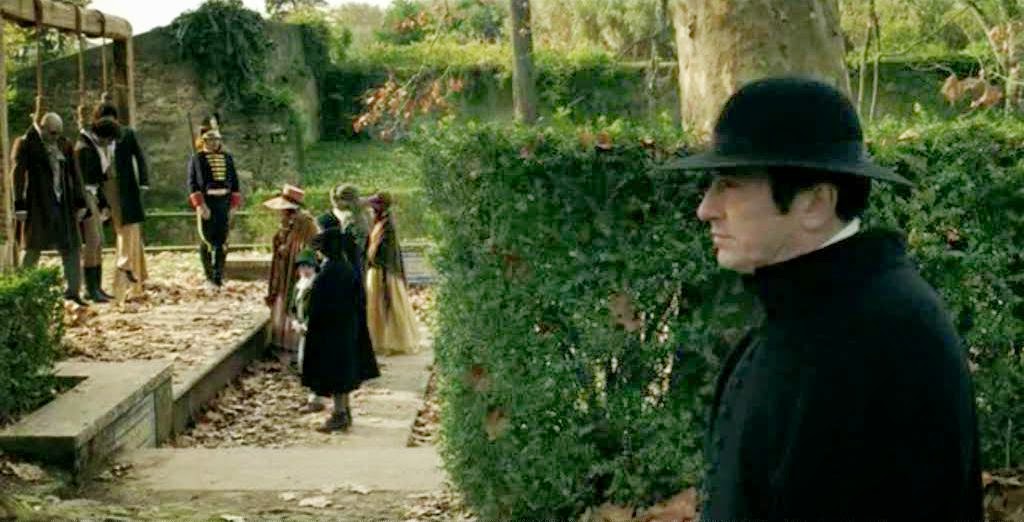 Castelo Branco’s immensely structured novel has been fluidly adapted by script writer Carlos Saboga. Each of the characters in this story weaved dual identities within those tight clothing (as Roger Ebert, amusingly observes, “If occasionally you are not certain who is at the center of a scene, do not be concerned; more likely than not, that person will turn out to be someone you remember from earlier in the film, under another name and with a different identity.”) Even the gentle priest has his own skeleton in the closet (literal as well as metaphorical). All of them are shape-shifting in each story: a lowly criminal becomes a suave gentleman; a servant girl elevates to the status of countess; a marquis is reduced to a beggar; and a lovelorn young woman devotes herself to priesthood. When a story starts and ends half-an-hour later or so, you should immediately think, “Has anyone here not changed his name in this story?’’

Bizarre touches as well as formal brilliance could be found in Ruiz’s deft directorial method. He takes a satirical relationship to the source material, often showcasing the inherent absurdity in a deadpan manner. Ruiz often signals our voyeuristic presence or his own presence through perpetual scenes of servants spying or eavesdropping on the affairs of the oblivious aristocrats. Characters recognizing each other after a long time separation also remain as a source of absurdism and humor (especially when the old priest says to Father Dinis, “The winding roads we had to travel, my son, to meet again!”). Many theories are given about the man who commits suicide at the ‘Duel’, but I think it’s a part of the incidental absurdism, running rampantly throughout the film. Does Ruiz compel us to watch all the aristocratic histrionics through a political lens? May be or May be not, because he offers a clinical portrait of the moneyed class on one side, and also shows how these people often forgets to recognize their servants as fellow human beings. 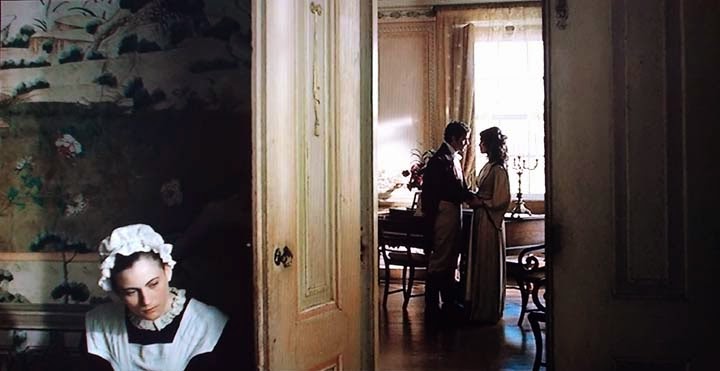 In the end, when we see the teenager lying feverishly in his bed, we get reminded that our lives are composite of stories, which will last only when there is someone to listen to us. However, that won’t be the case for Raul Ruiz, since his memories will be often evoked through his rarefied vision in “Mysteries of Lisbon.” For open-minded viewers, this fevered, gorgeous spectacle will offer unique pleasures.

Mysteries of Lisbon -- A Potpourri of Vestiges

Mysteries of Lisbon -- Ferdy on Films

at May 01, 2014
Email ThisBlogThis!Share to TwitterShare to FacebookShare to Pinterest
Labels: Existential Movies, Magical Realism, Surrealism

Great review... it's so heartening to see a cinema aficionado like yourself analyze a Ruiz film with such pinpoint accuracy and detail. Bravo!!!

P.S. Many thanks for giving me review as a reference.

@ Murtaza, thank you very much. This one Ruiz work has made to dig his previous projects.