Tell No One -- A Gripping Thriller with a Strong Emotional Foundation 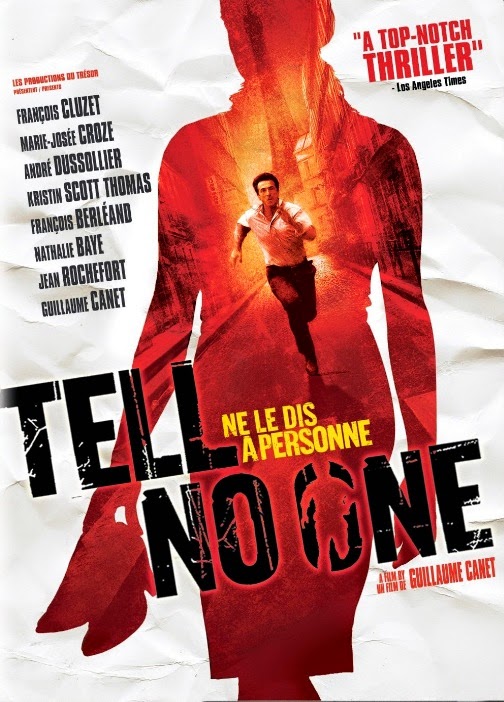 ‘Wrongly accused man, running from law as well as a group of shady men’ – If you are a cinephile, you can immediately connect this sentence with a plot of Hitchcock movie. This Hitchcockian prototype always keeps our hero on his toes, like a prey pursued by hunters. In the Contemporary era, this plot point has been adapted by numerous fiction writers and film-makers. American novelist Harlan Coben best-selling book “Tell No One” has used this same basic formula with a refined quality. The twisted whodunit thriller was later adapted by French actor-turned-director Guillaume Canet. Canet changed the location to France and heightened the artistry of the film without sacrificing the thriller elements of the book. This 2006 man-on-the-run thriller also features a chunk of talented French actors.

The film opens in a peaceful French country-side, where everything looks so perfect that tells us, in few minutes everything will be shattered by a horrible event. Dr. Alexander Beck (Francois Cluzet) and his wife Margot (Marie-Josee Croze) attend a rambunctious dinner party and later go off to their lakeside cabin and cavort nakedly in the water. Margot goes inside, while Beck lies in the sand, enjoying a quiet night. A scream pierces the placid environment. Beck swims frantically and reaches the deck, only to be knocked unconscious by unseen assailants. The story then jumps ahead eight years later. It is cited that Margot soulless body was identified by her father (Andre Dussollier). Beck was initially considered as prime suspect, but her death was later attributed to a serial killer, whose works included draping female cadavers with dead animals. Alex Beck is a pediatrician, who is great with children. He terribly misses his late wife and child-hood sweetheart. 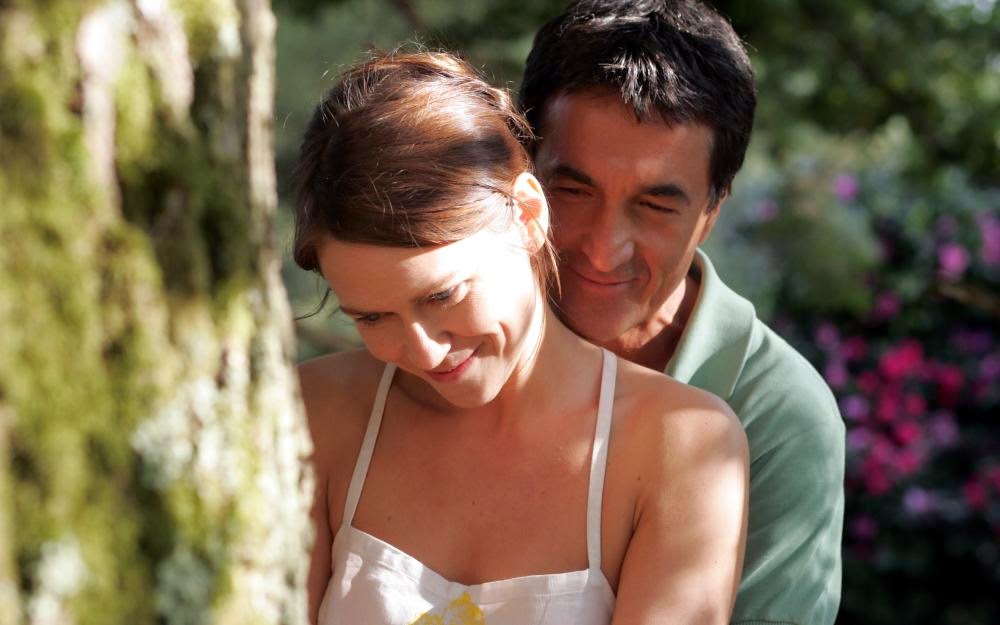 On each anniversary of Margot’s death, Beck visits her loving mother and bitter father. Around that time, two bodies are dug up in that same scene of crime and once again Beck is seen as a suspect. He also receives an email with a link to a surveillance camera (reminiscent of Haneke’s “Cache”) and a specific time to watch. The mysterious link shows a real-time video of Margot walking into a subway tunnel. At the end of video, a message says: “Tell no one. They’re watching.” Yeah, someone is watching as we see that Alex’s computer is being monitored by a group of sadistic thugs. Soon, Margot’s friend gets killed and evidence, planted in Beck’s apartment is found out by the police. Beck runs away and tries to find out what happened to his wife and why it happened. 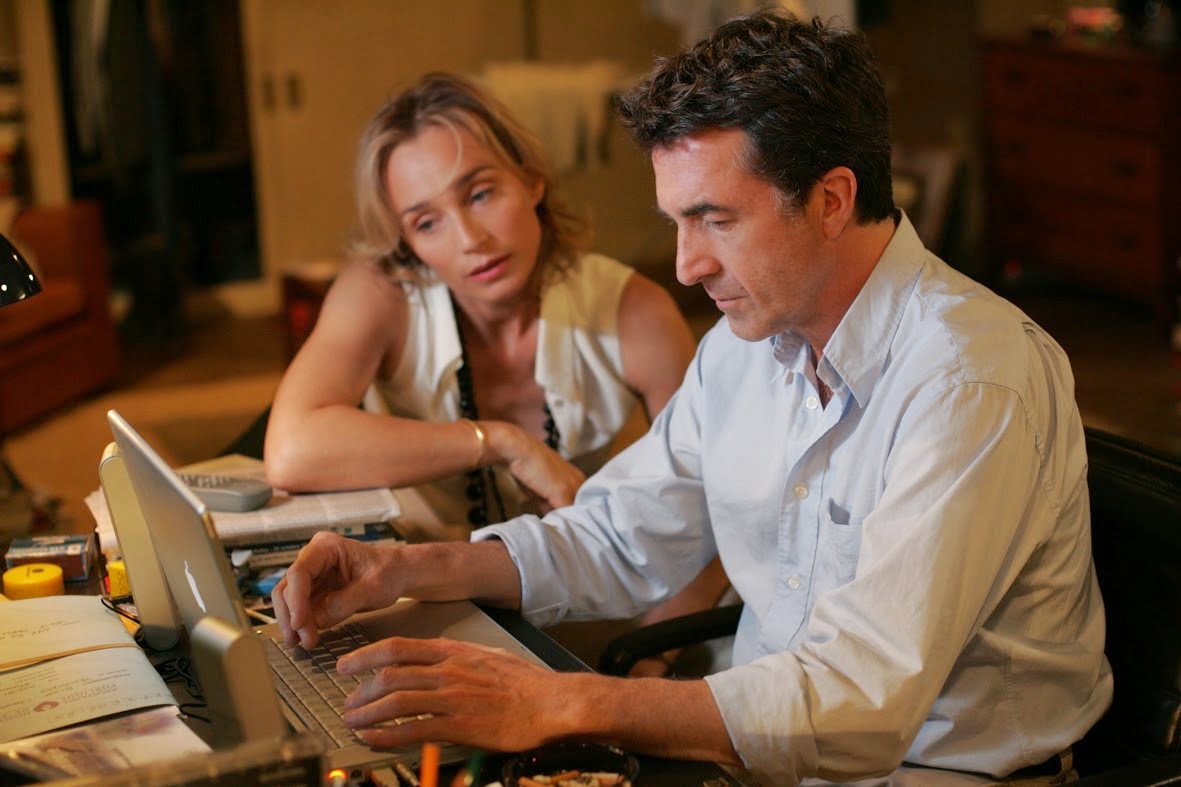 Canet finely establishes his character, although we might get confused with characters’ identity among the fast-paced snippets of sub-plots. Except for that schmaltzy child-hood flashback, Beck’s life is shown in detail. In those eight years of solitary life, he only seems to be talking with his friend Helene (Kristin Scott Thomas). Later, we see that she is not just a friend; she is also the lover of his show jumping sister Anne (Marina Hands). Helene and Anne’s characters are gradually established without slapping the word ‘lesbian’ on their heads. Some of the sub-plots make us recall that it the script was adapted from American novel. For example, the gangster Bruno (Gilles Lellouche), whom we see initially with his ailing child, is helped by Beck. Bruno tries to repay Beck with a hefty sum, but he refuses to take the money. At that point, it is confirmed hundred percent that Bruno is going to help Beck at some other point, when Beck would desperately need a couple of musclemen.  The sleazy lawyer Ferrault is also the byproduct of American novels.

Once you understand everything about the convoluted screenplay, in the end, a lot of logical questions might arise in your head, but this isn’t the kind of film that really requires a completely coherent plot in order for it to work. What it offers us is a pitiable central character with whom, a viewer can identify himself. We willingly follow this middle-aged pediatrician, hurtling over complex obstacles and hateful villains. We are finally satisfied, when all the conspiracy against the hero fails. The rapid storytelling method also never slows down long enough for us to realize just how utterly impossible these scenarios are. The acting was uniformly excellent. Clouzet masterfully conveys his grief, anger and excitement through subtle expressions. He makes the coercing adventures of Beck seem plausible. Jean Rochefort’s Gilbert Neuville mostly looms in the back ground. His character could have used more exposure. The fuzzy detailed monologue towards the end was finely delivered, in an over-wrought manner by Andre Dussollier.

“Tell No One” cleverly lays out its puzzle pieces and grabs our attention for those two hours, making us anticipate how these pieces will rightly fit. It pulls all the right strings, as a bittersweet romance, thriller and a mystery.

Tell No One (Ne le dis a personne) -- IMDb
at May 07, 2014
Email ThisBlogThis!Share to TwitterShare to FacebookShare to Pinterest
Labels: Thriller

Haven't heard of this one, but I've gotta say that your review has got me extremely curious. I like mysteries like this. Thanks for the good write-up. I'll be sure to add this one to my list.

This one has been pending for long... thanks for reminding me!!! :-)