How to Train Your Dragon 2 -- Exuberant as the Original 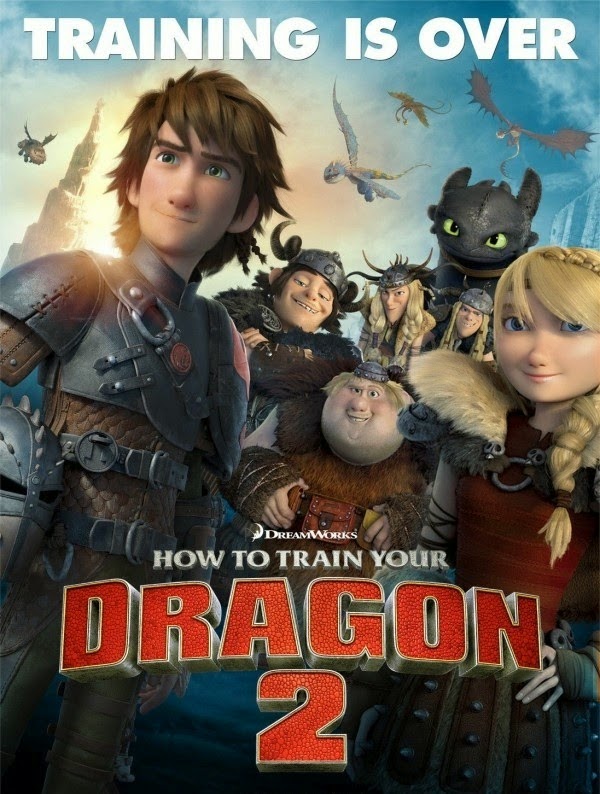 It’s always nice to watch a ‘boy-and-his-dog tale.’ It is exciting to observe the symbiotic relationship between humankind and animals. Based on a not-so-popular children series, DreamWorks Studio’s “How to Train Your Dragon” (2010) basically transformed the ‘boy-dog’ storyline into a gleeful, endearingly animated tale about a Viking Chieftain’s son Hiccup and his pet dragon, Toothless. Vibrant narrative, funny characters and a vivid 3-D technology made the film to earn close to half a billion dollars. Now its sequel “How to Train Your Dragon 2” does what most of the sequel best does: takes its protagonist to new, interesting adventures and charts his continued growth.

DreamWorks Animation Studio’s movies always lacked some brilliance or vitality, unlike the Pixar Studio’s. “Shrek”, “Antz”, “Bee Movie”, “The Croods” may have earned kid audiences and few laurels, but didn’t have visual splendor or storyline to fill adult viewers with anticipation. “How to Train Your Dragon” movies have now broken those lackluster formula for ‘DreamWorks’ and have had the franchise flying with fan expectations. For kids, the ‘dragon’ movies say the usual ‘be yourself’ message, but unlike the other animation movies, it conveys it through the characters rather than shoving it on their faces. 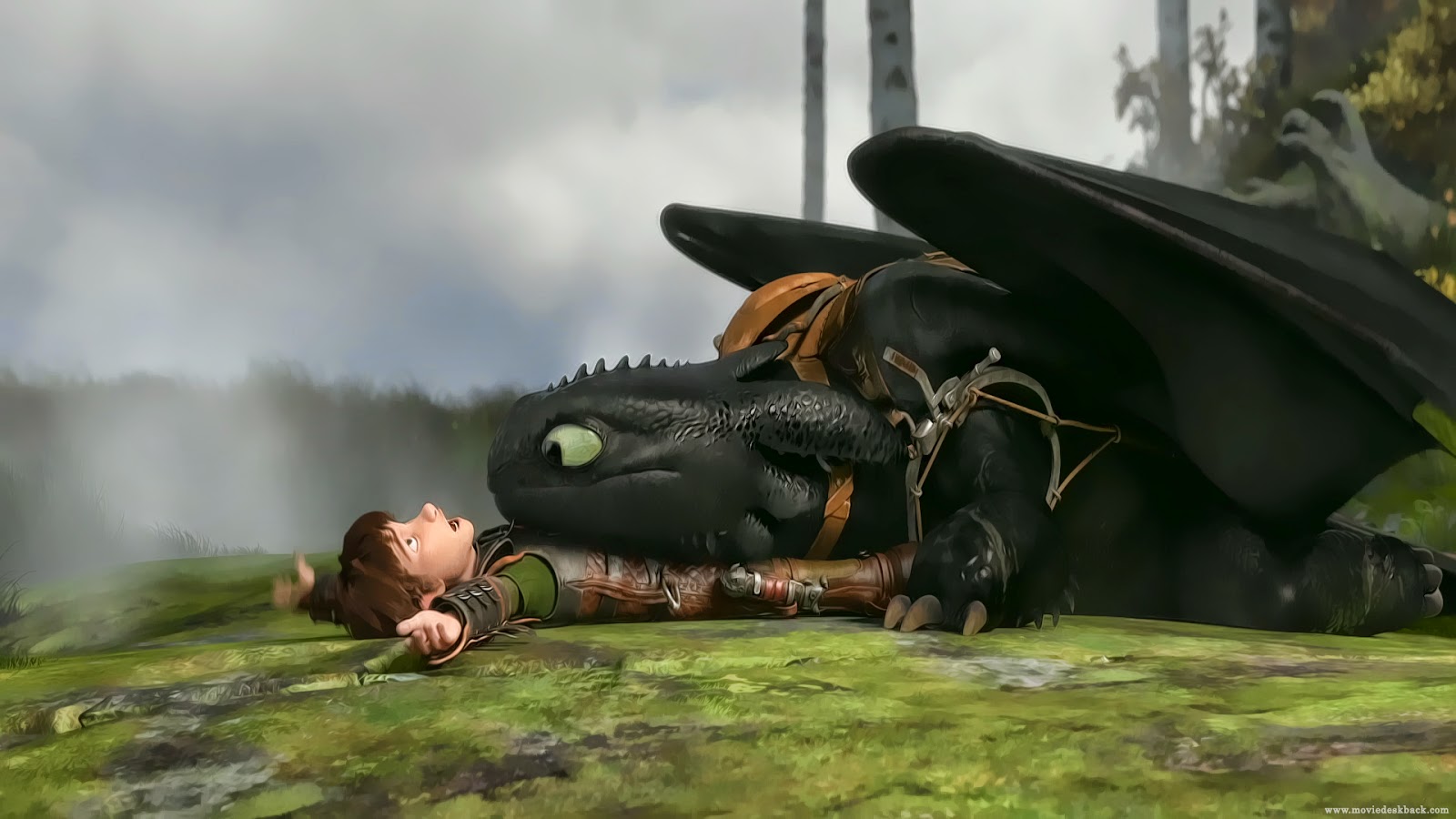 The story beings five years later and our Viking hero Hiccup (voiced with fondness by Jay Baruchel) has changed all in his small village of Berk. The dragons are now part of the locals’ way of life and the people have also become wiser and adventurous. Hiccup’s girl friend Astrid and other friends belonging to Berk Dragon Training Academy enjoy playing a new dragon-racing game (similar to Quidditch game from ‘Harry Potter’), which sets up for an amusing opening sequence. However, Hiccup and his trusted dragon Toothless are off to discover new lands. In one such exploring trip, the duo comes across an exiled tribe member/mercenary, Eret and his gang of roughnecks, who traps stray dragons to give it to the shadowy boss Drago Bludvist. 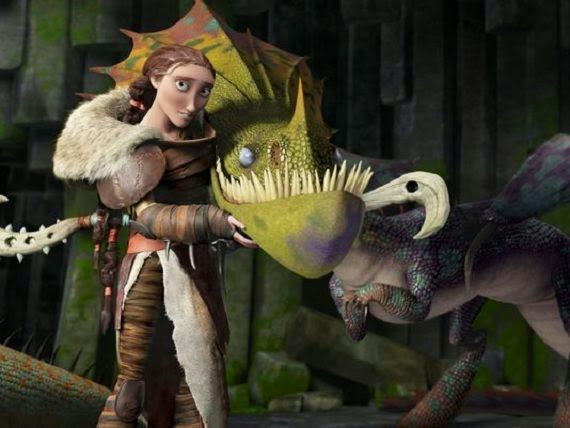 After escaping from Eret’s gang and after warning his father Stoick about the impending doom, Hiccup comes across masked dragon rider, Valka. She is a kindred spirit and a vigilante dragon lady, who has rescued several dragons and lives in secret ice-bound nest, which is controlled by an Alpha dragon nicknamed, ‘Bewilder Beast.’ Valka’s mysterious past and Drago’s thwarting, violent plans eventually changes Hiccup’s life forever.

Animation films mostly keep away from increasing the age of its central characters. But, writer/director Dean DeBlois’ decision has circumvented this usual rule (by placing Hiccup in his early 20’s) and has opened up new narrative possibilities. Like “Toy Story”, it’s a smart, artistic decision to allow the loyal viewers to grow alongside the film. At times, we could feel that the director has jettisoned the original's targeted kids viewers and retooled this for a teenage audience (consider the painful lesson in the end the quadrangle love involving Ruffnut). DeBlois isn’t also too conservative in making this sequel. In most other franchises, it becomes hard to distinguish sequel from original. “How to Train Your Dragon 2” follows some of the same template used in original, but also expands its universe – both geographically and logically. The film’s technical achievements are clearly indisputable. 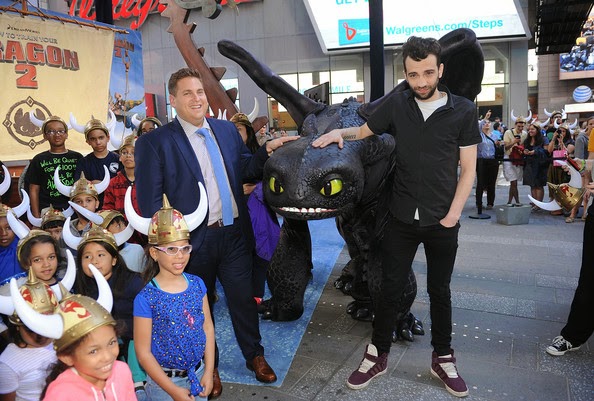 The great strength of the original was the way it infused the dragons with unique personality (which could be related to most of the household animals). The sequel wonderfully expands this repertoire, especially in the scenes when Toothless frolics in the background, with a playfulness of a cat and the loyalty of a dog. The sequel does suffer from some cliched moments, but the lyrical flying sequences and adorable character designs makes out spirit soar.

“How to Train Your Dragon 2” (100 minutes) is an utterly satisfying entertainment for family audiences. It’s slightly matured themes and less preachment makes us anticipate for the 2016 ‘dragon’ movie.

How to Train Your Dragon 2 -- IMDb
at June 15, 2014
Email ThisBlogThis!Share to TwitterShare to FacebookShare to Pinterest
Labels: Feel Good Movies, Hollywood Movies

I think I should watch it with my kid..nice review..

Nice one. I somehow sacrificed this last week for The Edge of Tomorrow. Wish I had seen this review a little earlier :).. But having said that - a good motivation to get to the theatres again :)

planning to watch it this week