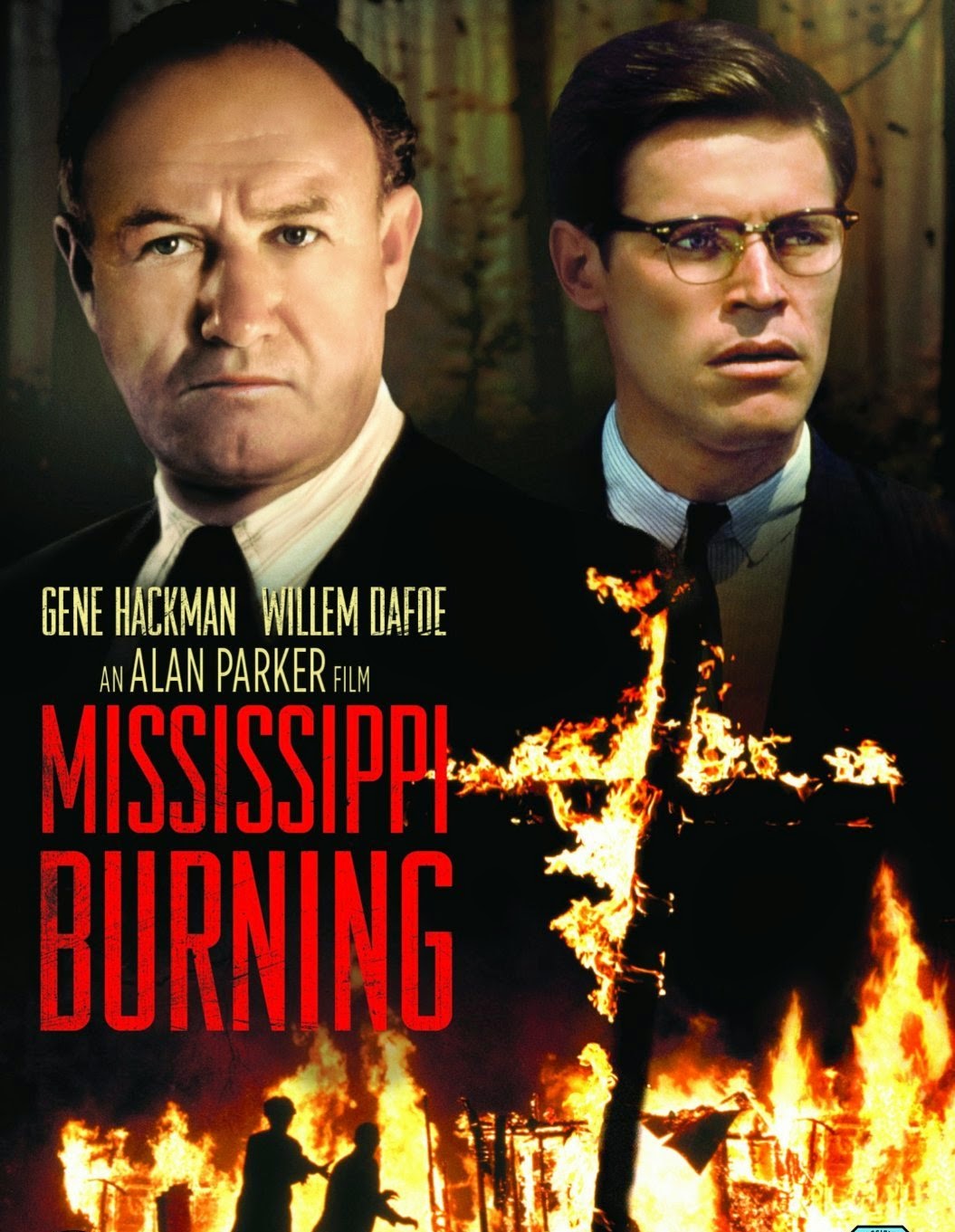 Alan Parker’s “Mississippi Burning” (1988) studies the turbulent race relations in the American South, during 1960’s. In that era, Chain of White supremacist atrocities were hurled upon the African-Americans. Based on a true story, but considerably fictionalized, Alan Parker’s movie created controversy during its release mainly due to placing the Africans-Americans in the background, and the White heroes at the center. However, the film still managed to function as a riveting and scathing social expose, and also as a gripping crime drama.

In 1964, Neshoba County, Mississippi black activist James Chaney and his white colleagues Andrew Goodman and Mickey Schwerner were murdered by local Ku Klux Klan. The movie starts with this incident as the three of the civil right workers, driving in a car, notice a car dangerously ramming into theirs. Realizing that it is a police car, the activists stop the car, but they only gets shot and were taken to an obscure place to be buried. Two FBI agents soon arrive into the county, as not only a black activist is missing, but also two white activists. The FBI agents, Anderson (Gene Hackman) and Ward (Willem Dafoe) are received with hostility by local sheriff. The FBI agents themselves are of polarizing nature. Ward, the younger of the two is in charge of the chase. He is a zealous Harvard graduate and goes by-the-book to draw out the killers. Anderson, a former Mississippi lawman and accustomed to the harsh procedures of South knows that the murderers won’t be drawn out by threatening with punishment and rules. Ward fights with local sheriff, talks with a young African-American in a diner and so endangers the people he questions. The black residents are afraid to speak because the local law and mayor fully support the racist culture. Since his investigative method fails, Ward calls in army of FBI men and journalists to keep the entire nation’s eyes on Mississippi. This method only angers the local people, as the clan continues the lynching, beatings, and the burning of African-Americans homes and churches. The repercussions for talking to the FBI become deadly serious. However, Anderson’s unconventional investigative method takes him to a local beauty shop to sweet-talk with Mrs.Pell (Frances McDormand), the troubled wife of despicable deputy Pell (Brad Dourif), who is secretly a Klansman. 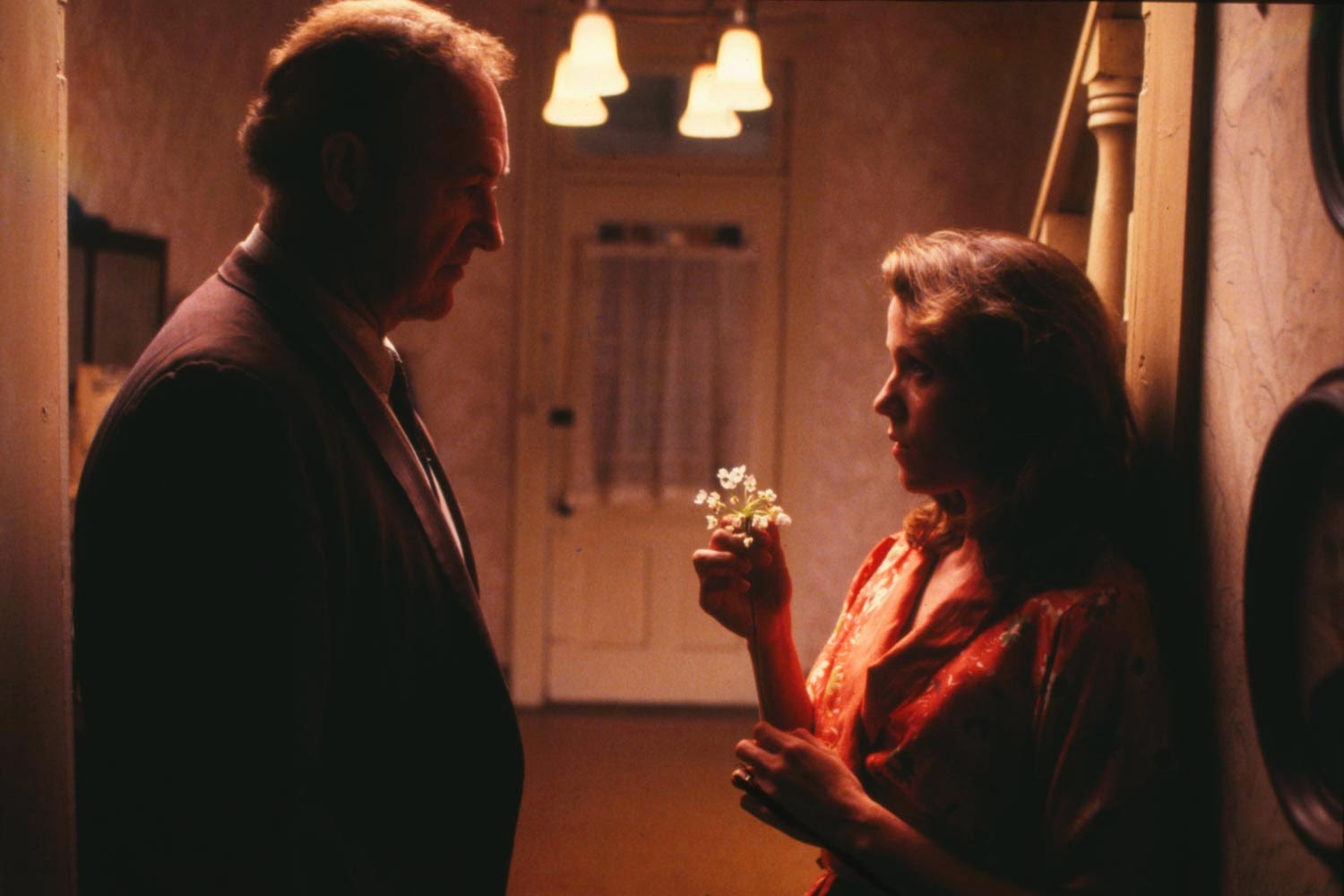 The film strays from true events, when it moves on to concentrate on FBI methodology. But, if it didn’t do that there would be no catharsis for a viewer (although it would have been interesting to see a story told from a black character's perspective). Maverick performer Gene Hackman’s Anderson is a fully evolved detective, who recognizes that the ends to justify means. He wonderfully delivers monologues to Dafoe’s Ward to explain where all the hate comes from. Anderson doesn’t acknowledge the things he sees, but he stays close to know how these people think. The film would have been tedious with Hackman’s Anderson character.

Dafoe finely conveys the mind-set of a buttoned-down liberal, who genuinely can't understand the nature of Mississippi's race hatred. McDormand offers a complex performance as a submissive wife, overcoming a lifetime of prejudice. She is the movie’s moral center. She was brought up and living in the same hateful background, but doesn’t seem to hold preconceptions. Her character asks, how much of the environment or culture contributes to racial hatred. However, we don’t find any easy answers as this is so complex a problem to find a satisfying answer. 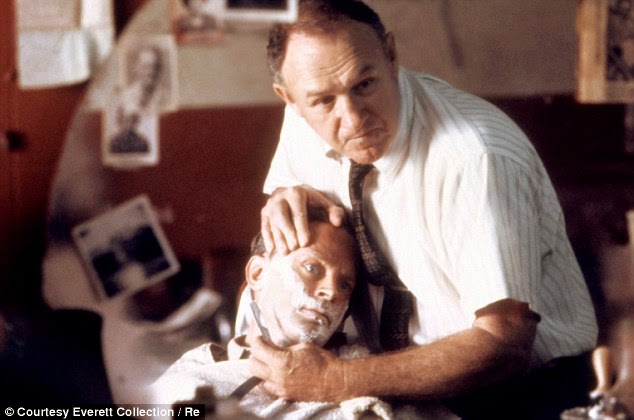 Director Alan Parker powerfully depicts the climate of 1960’s South with its blazing churches, Klan dusty barbershops, segregated washrooms, and Klan’s burning crosses. Parker should be appreciated for making it as a thriller, not as a whodunit mystery. He pretty much gives away the mystery in the first scene and to an extent, explores the motivations and mentality of white people who oppressed others based on the color of their skin. But, oddly Chris Gerolmo’s script has kept up distance from the victims of this abuse. All the African-American characters are only shown as sacrificial lambs. If you think that the sketchy depiction of White supremacists as stereotyping, the same thing goes for the black characters too. As I previously mentioned, Mrs. Pell character was well developed and finely acted, but the subtle romance in the script, between Anderson and her, reminds us the fact that this is Hollywood telling us an effectively dramatized entertaining story. 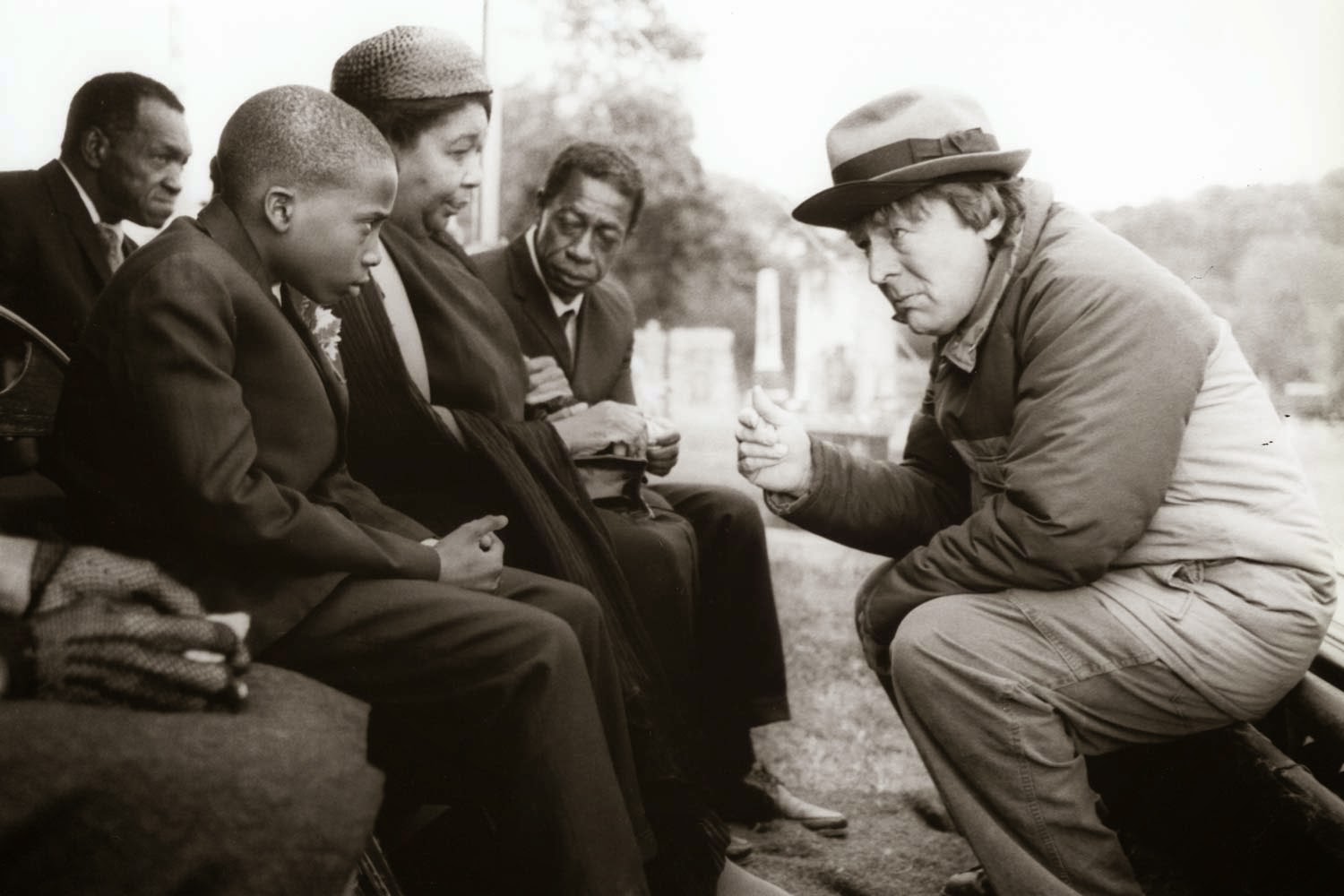 With all said and done, “Mississippi Burning” (125 minutes) still remains as an unsettling and honest portrayal of American South, in the Civil Rights era. If you don’t care about historical inaccuracies, you might get drawn into this hard-hitting tale of racism.