Tim's Vermeer -- A Tribute to the Power of Art & Artist 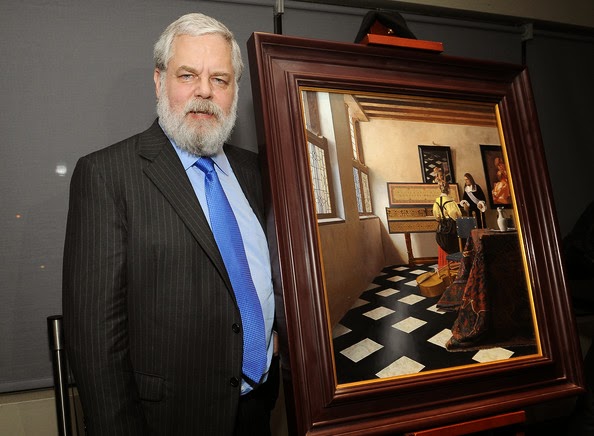 Most of us who has stood before a painting in an art museum might have passed a comment that ‘It’s beautiful’ or ‘it’s awesome’, hardly seeing the painstaking details etched inside the painting. Self-made Computer millionaire and inventor Tim Jenison is not that kind of a guy because he attempts to re-create 17th century Dutch painter Vermeer’s breathtaking painting using the same mirror technique. Comic magicians Penn & Teller has chronicled Tim’s fascinating obsession in the documentary “Tim’s Vermeer” (2013), which is about art history, technology, beauty and painting techniques. Four decades earlier Orson Welles made an illuminating documentary, “F for Fake” about authorship, forgery and art. “Tim’s Vermeer” speaks some of the same things, but unlike Orson Welles’s this documentary is fairly straightforward with no last minute surprises.

Johannes Vermmer (1632-1675) is a revered Dutch painter who is famous for achieving photo-like realism in his paintings. Many art historians claim that Vermeer used a camera like device (called ‘Camera Obscura’) -- a topic that has fueled academic controversy for years. Bearded, genial millionaire Tim Jenison is a computer graphics virtuoso. His wealth gives him a lot of time to entertain various ambitions. After an in-depth study of Vermeer he is obsessed with the question of ‘how the 17th-century Dutch master might have gone about creating his photorealistic paintings?’ Painter David Hockney and author Philip Steadman have alleged that Vermeer might have used ‘camera obscura’ to translate the three-dimensional scene in his studio into a two-dimensional image on a flat surface. 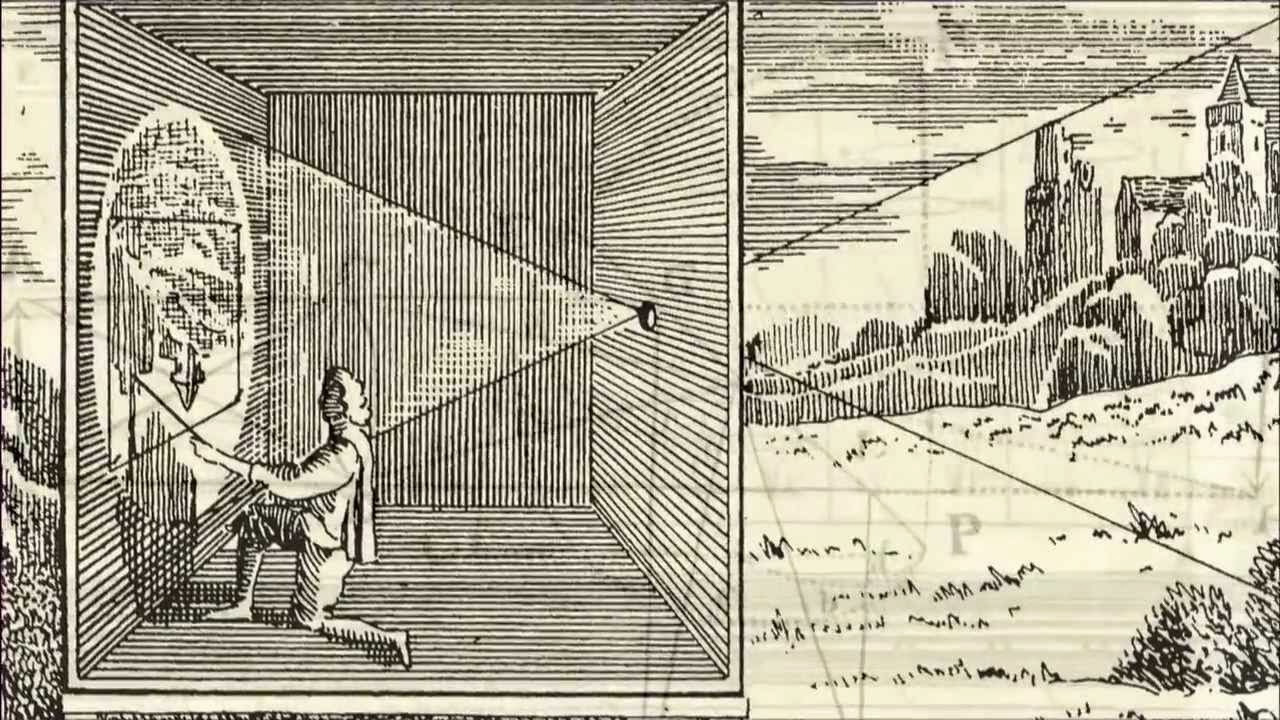 Tim Jenison embraces these theories and fixes up a big ambition: to re-create Vermeer’s most fascinating and daunting work “The Music Lesson” (painted in 1663). To achieve his quest, he also travels to Europe to study Vermeer’s paintings, meets with art historians and was granted a 30-minute viewing by Queen Elizabeth II to see the original ‘Music Lesson.’ The techie guy with zero painting skills painstakingly re-creates Vermeer’s studio (in a warehouse in San Antonio), and fills the place with precise copies of the furniture and artifacts. Then, he sets out to build the ‘camera obscura’, eliminating some of that antique technology’s drawbacks. He also includes a secondary tool –a small but ingenious mirror. For reproducing the painting alone, right down to the costumes and the stained-glass windows, it takes him nearly seven months 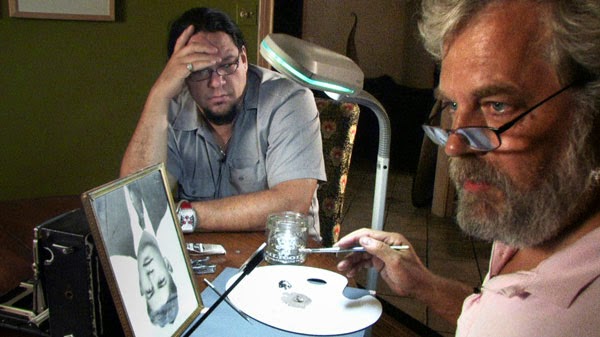 Directed by Teller and written, produced by Penn Jillette, the documentary puts forth the question that ‘was Vermeer a geek or a genius?’ Although the film showcases the magnificent obsession in 80 minutes took Jenison almost 2,000 days to come to reach his project’s conclusion. Many artists might get because they might think that Jenison’s method debunks the mystique qualities of Vermeer. But, “Tim’s Vermeer” isn’t about debunking the Dutch painter; it rather enunciates that in this era of science and technology, there is nothing wrong with an artist who uses every tool at his command in the service of beauty. Even though Vermeer, at the end of documentary becomes a fathomable genius, he is also alleged to be scientist as well as a resourceful creator (considering the fact that Vermeer’s powerful compositions were not created by an assortment of lenses).

The documentary also touches upon the theme of how art brings a change inside the person. At the start of experiment, Tim Jenison was playful and mildly eccentric, but as the process goes on, we find out technologist getting emotional.  The presence of Vermeer’s art has changed him in an ineffable way. For those who have never heard about ‘Vermeer’, “Tim’s Vermeer” showcases the compositional brilliance of the master painter. At the same time, it refreshes the view of those who have studied Vermeer, portraying him more as a modern artist than as an Old Master.

Interesting! Am baffled by the tech used in Vermeer's times! It must be an exciting documentary.