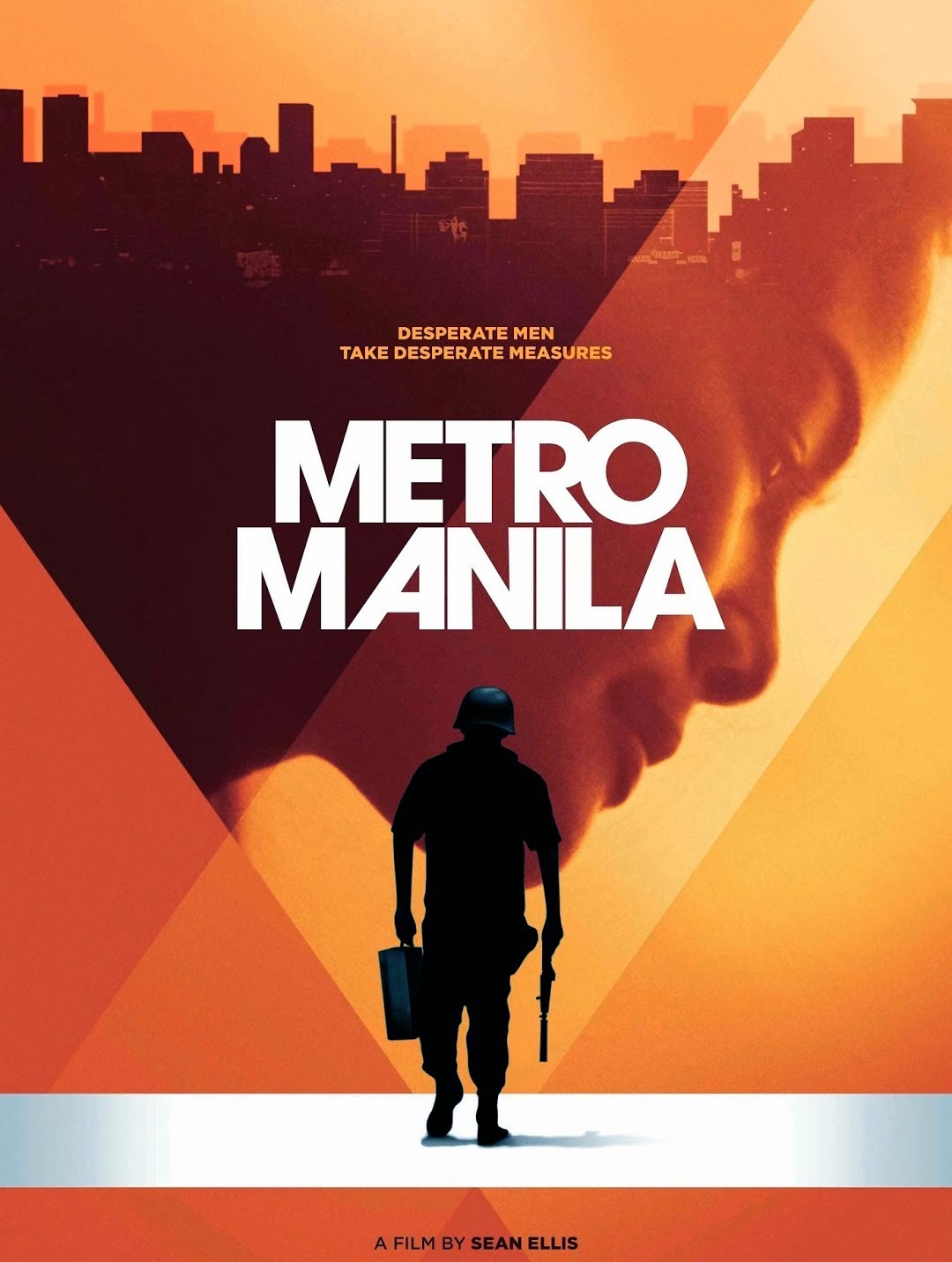 Forty four year old British director Sean Ellis got his international recognition with his 2004 Oscar nominated short film, “The Cashback” He made his short film into a full-length feature and followed it by a tale of doppelgangers , “The Broken”, starring ‘Game of Thrones’ fame Lena Headey. On his holiday trip in Philippines, he is said to have observed a conflict between two armored truck personnel. Then, he immediately concocted a script and went out to shoot “Metro Manila” (2013), completely in the Tagalog language. “Metro Manila” is a crime/drama that has both the genre elements and naturalism. It provides wonderful twists as well as takes a fly-on-the-wall view of Manila’s desperate underside.

The movie begins in the Northern Philippine mountain provinces, where the rice farmer Oscar Ramirez (Jake Macapagal) is forced to look for a job, since the price of rice has dropped to an all-time low. He shifts from the village, taking along his wife Mai (Althea Vega) and two daughters, to the city of 12 million souls – Manila. The innocuous Oscar becomes an easy prey to scammers. He loses all his savings to a crook. He and his family eventually wind up in a filthy shack in a slum district. Mai finds works in a hostess bar, leaving her children to the care of the bar’s old crone. 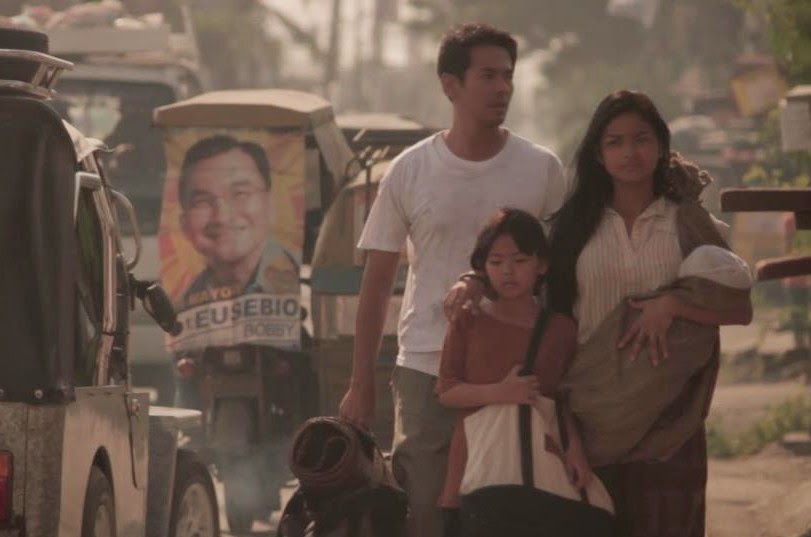 Soon, a glimmer of hope hovers above the family, as Oscar attends an interview for an armored truck company. Senior worker Ong (John Arcilla) recommends Oscar for the job, even though he hasn’t got the right qualities for this kind of job. “This is the Wild West!” proclaims a genial Ong stating the low life expectancy of Manila’s armored truck driver. Ong takes Oscar under his wing and showers him with a lot of generosity and also tests him with little transgressions. Eventually, it becomes clear that sinister plans are lying behind Ong’s benevolent nature.

The first hour of the movie resembles the structure of an immigrant drama, where the protagonist is lured to a modernized city, buying into its illusions of economic self-improvement. Then, gradually through brutal circumstances the characters understands that the economic improvement is not for their class of people (Gregory Nava’s superior “El Norte” (1983) had such a storyline, but it was told with more subtlety). If not for a brutal shooting in the pre-credits sequence, viewers might have really believed that it is a migrant drama, from the point of view of an outsider. But, as Oscar settles into a fine job, Ellis slowly introduces the elements of a crime thriller. The crime elements pose the usual moral dilemma for our protagonist: to choose between the moral high ground or do the requested bad action for a man who has been so good to him. However, Oscar’s circumnavigation of this dilemma is what makes the compassionate ending completely unexpected and spellbinding. 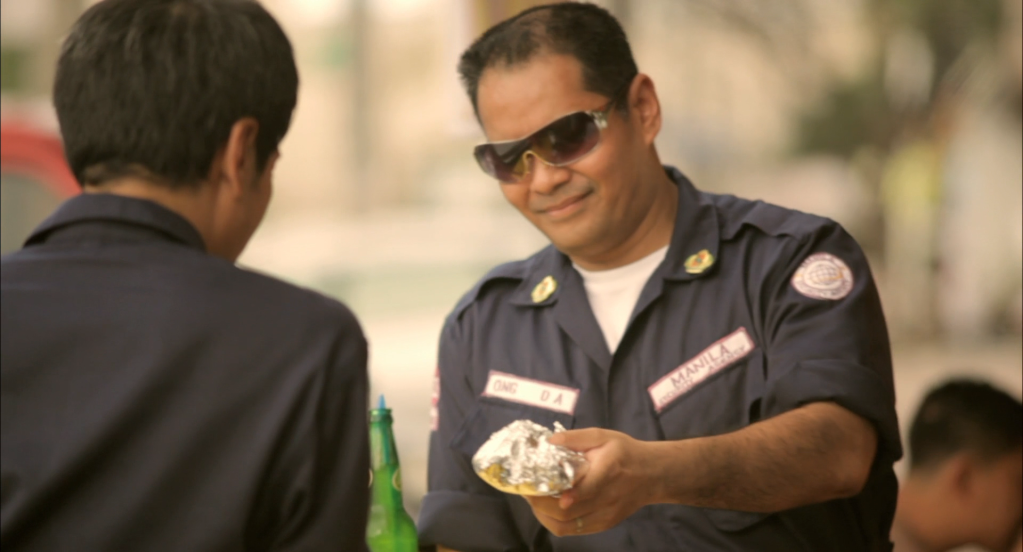 The most striking aspect of the movie is Macapagal’s incredible performance. He is utterly convincing as the movie’s moral anchor and he never fails to portray a wide range of emotions with a unique flair and subtlety. With “Metro Manila”, Ellis shows great talent for using cinema's visual and aural possibilities. He also builds genuine emotional weight, while contemplating thorny moral issues. The looming neon signs, the endless corruption and the ironical signs like “In God We Trust” are all the elements that makes the movie universal, since all the impoverished people in any city has to face a similar to conflict to retain their honor. However, the same universal element bars us from understanding the traits of Filipino society.

“Metro Manila” (115 minutes) is a neatly scripted morality tale that avoids most of the formulaic elements of crime drama. It must be watched for director Sean Ellis, who seems to think that there is no ‘comfort zone’ when making a film.

Looks interesting, i need to watch this
Nairobi

Lovely review of a brilliant film. I was so moved by this film, not as much by its Hindi remake.