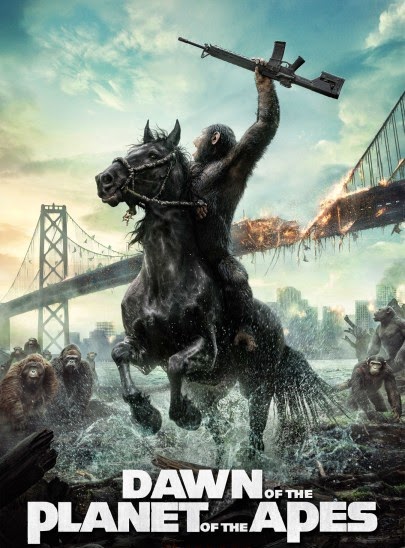 Matt Reeves’ “Dawn of the Planet of the Apes” (2014) starts with a tight close-up of Caesar’s furious eyes, and as the camera slowly zooms out we see army of hyper-intelligent simians, readily waiting for their master’s command to jump on a herd of deer. In the last shot, thousands of befuddled apes stand in front of Caesar, and the camera zooms into his caring eyes, as he contemplates his tribe’s future, who are about to face an unwanted war. Those expressive eyes in these two shots pay a fitting tribute to the “performance-capture” technology and to Andy Serkis, who has brought an impressive artistry to this process. Each facial and physical gesture of Caesar, bestowed by Serkis, never makes us think that we are watching a digital creation. Plot wise, this sequel doesn’t offer any big ideas and it is fairly predictable, but as long as Caesar is on-screen, there is no problem.

The original 1968 “Planet of the Apes” is a wonderful allegory of xenophobia and about our fears of nuclear annihilation or end of world. The ‘Dawn’ also delivers an allegory about racism, where few stupid and violent xenophobes bury the lives and efforts of good ones. However, I don’t feel that this is the ‘Dark Knight’ of sequels or superior to its predecessor. May be I feel this way because of the stretched inconclusive ending or underwritten human roles. There were lots of Hollywood bland elements in the origin story (“Rise of the Planet of the Apes”), but it resurrected the story of apes, after that awful remake by Tim Burton. The ‘Dawn’ comes close, but doesn’t deliver the popcorn greatness of ‘Rise’. 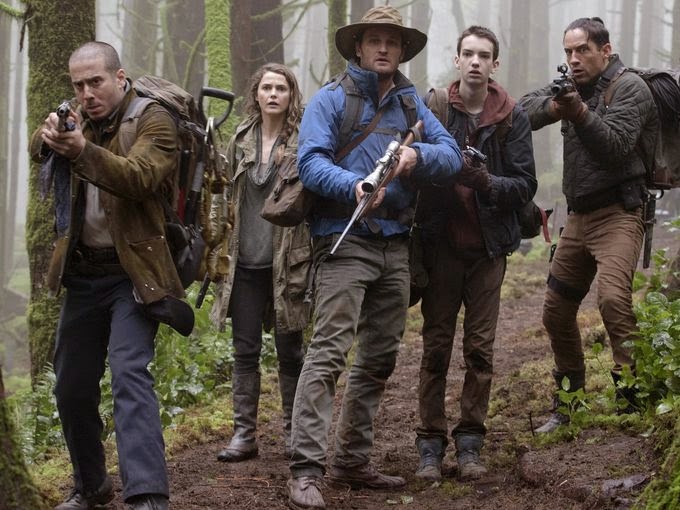 The film starts ten years after the standoff on the Golden Gate Bridge. In these 10 years, Caesar – the visionary ape – has brought his tribe together. The escaped chimps, gorillas, and orangutans are living peaceably Caesar’ rule as the group is slowly honing its intellectual ability. A circus Orangutan is now a teacher; gorillas act as perimeter guard. Caesar’s endeavor to develop a just ape society is stricken by two things: a pocked Bonobo ape, Koba (Toby Kebbell) vows to make war on humans, who tortured him as a laboratory animal; a trigger-happy man, who wants to finish off the savage animals. The human crew, led by Malcolm (Jason Clarke) comes into apes’ territory to restart a dam and bring power back to the ruined metropolis. The few human survivors of Simian flu are led by Dreyfus (Gary Oldman). The mission to restore power, however, powers up a inter-species warfare. 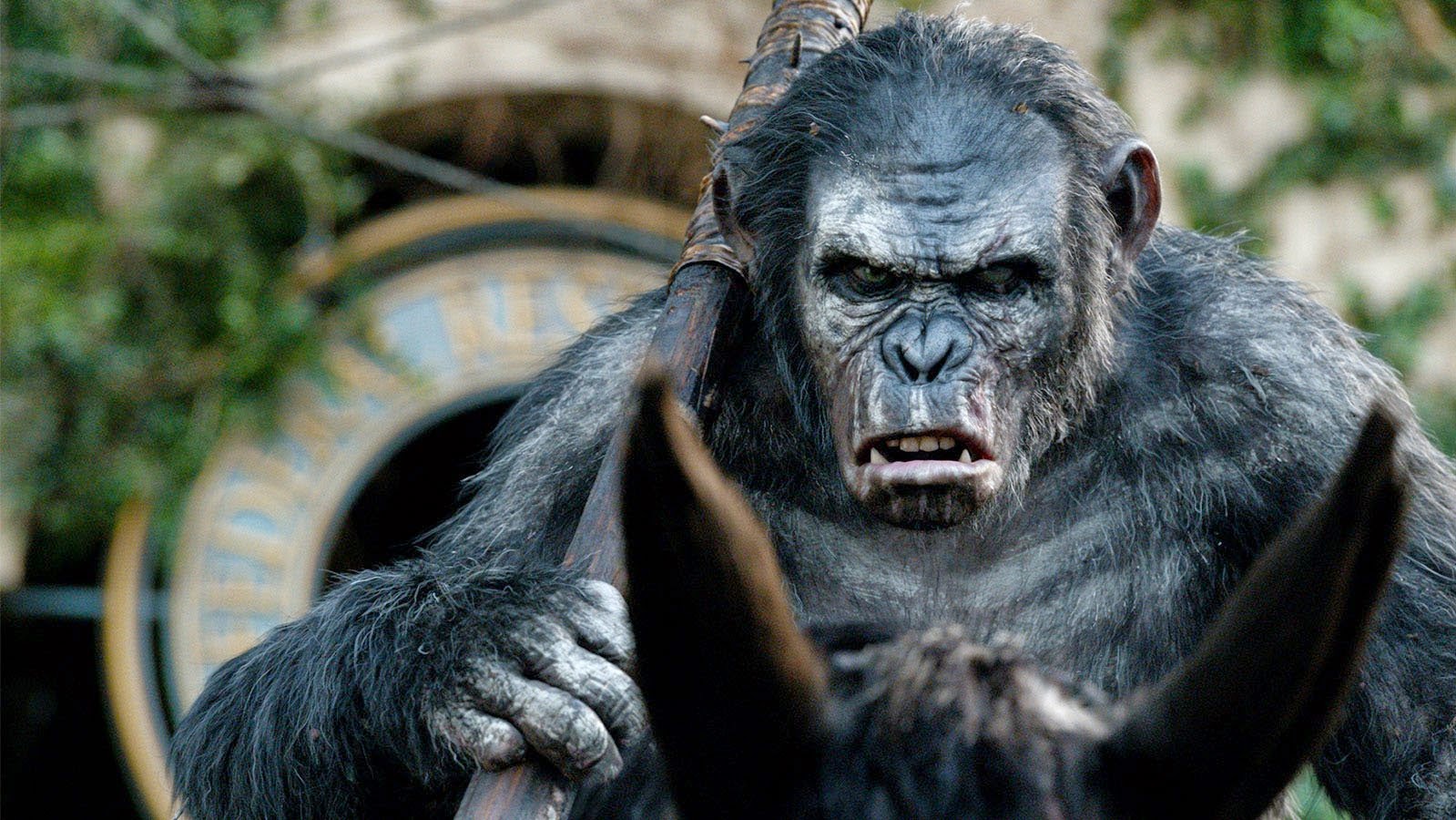 The boiler plate dialogues, heavy-handed anti-gun and inter-species tolerance themes are just an addition to the pseudo-intellectual charm. For that matter, ‘Rise’ also possessed such charms, but the all-ape havoc in the final minutes didn’t gave us a chance ponder on such things. ‘Dawn’ also has battle scenes, where a chimp, on horseback, fires two assault rifles, but this time we are not rooting for neither apes nor humans. ‘Who to root for?’ – That dilemma is deliberately made up; as Caesar learns murder and treachery are part of both the civilized societies. However, this question keeps us a bit away from enjoying the film on a pure action level.

Clarke, Keri Russell and Gary Oldman struggle with their under-written roles (a problem recently faced by “Godzilla”). An irony could be found in the way these big-budget, CGI Hollywood movies are made. The human behavior, their characteristics looks like something conjured by a machine, whereas the computer-generated, melancholy gazes of apes look so real (than flesh-and-blood men). The CG and the motion-capture suited actors are a delight to watch. Serkis and Toby Kebbell’s performances redeem the film, whenever it lurches into mundane proceedings. The Shakespearean splendor of Serkis is what saves it from being tedious. The scenes where Koba fools a couple of gun-tottering humans and the one, where Caesar leads thousands of apes to human colony were all excellently visualized. “Dawn of the Planet of the Apes” (130 minutes) isn’t a photocopied sequel like “Transformers”. Although it falls short of greatness, it moves the story in new directions. I just hope that the human elements would be honed well in the inevitable next film.

Dawn of the Planet of the Apes
at July 13, 2014
Email ThisBlogThis!Share to TwitterShare to FacebookShare to Pinterest
Labels: Hollywood Movies

Brilliant review of a extremely good film. I agree with your POV about human actors being sidelined by apes, which i feel was done purposely to make us root for the apes. I'm eagerly looking forward to the next part.