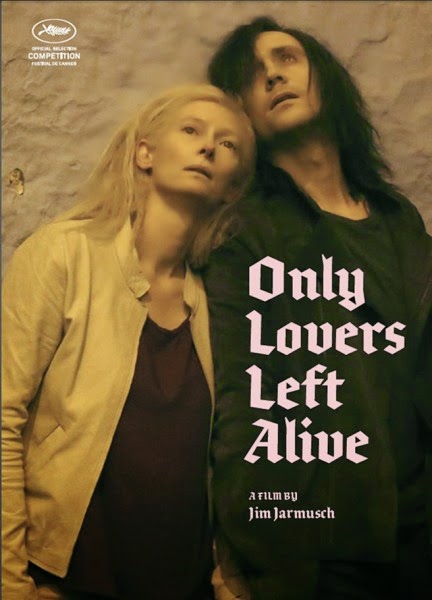 Did I stumble into an old storehouse or an attic, full of old photographs, books, musical instruments and memorabilia? That’s the question or feeling, you might ask yourselves, when watching Jim Jarmusch’s vampire romance “Only Lovers Left Alive” (2013). Jarmusch is known for making idiosyncratic movie versions of a genre tale (Western in “Dead Man”, Gangster in “Ghost Dog”, Road movie in “Broken Flowers”, and so it goes on). This time he takes a low-key exploration at the lives of the undead.  It must be said that nothing much happens in this movie, and yet it seems like the indie’ filmmaker’s best work in recent past. Those who haven’t come across the name ‘Jim Jarmusch’ or not delighted to hear the director’s name may definitely dislike this work. Vampire movie lovers wouldn’t also be seized upon by the movie’s pace. However, “Only Lovers Left Alive” is a good treat for mature movie-lovers.

Adam (Tom Hiddleston) and Eve (Tilda Swinton) are married couples, who have been in love with each other for centuries. They are rich, well dressed vampires, who have an impeccable taste in literature and music. The couples have a rich collection of memories and have got acquainted with some of the famous and finest minds of humankind. Adam lives in a dilapidated house, in Detroit, composing excellent music and retro-contemporary gadgets. A cheerful dealer named Ian (Anton Yelchin) brings him vintage guitars and reports from the outside world. Once a while, in the night, Adam takes a trip to a local hospital and bribes the ethically dubious doctor (Jeffrey Wright) to score some pure blood. Eve wanders around the golden-lit alleys of Tangier – the literary scene of the old days. She enjoys reading books in different languages and occasionally meets her friend, Christopher Marlowe (John Hurt)—Elizabethan era playwright. Eve gets bottles of purified blood from Marlowe 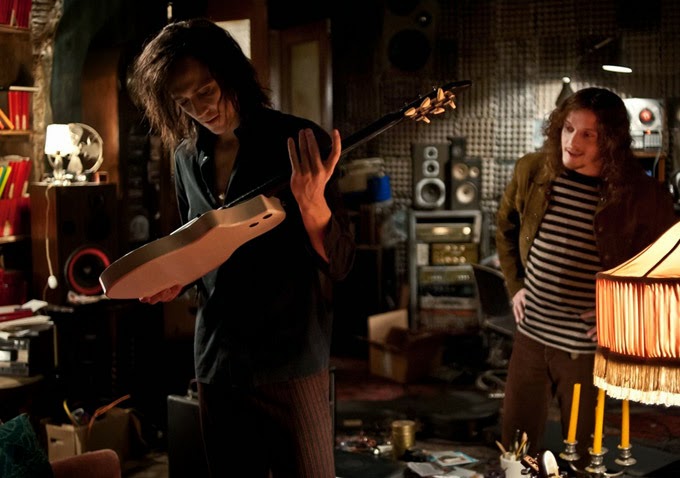 In one of the video chats, Eve senses that Adam is depressed and immediately packs her things to reach Detroit. United once again, the vampire couples are happy, but Adam is worried about how the Zombies (Adam’s word for humans) with their indifference have reached the point of even contaminating their water and own blood. They reflect on the golden ages of Western culture, and how time and wars have eroded everything. Adam and Eve also have troubling dreams about Eve’s sister, Ava (Mia Wasikowska), who arrives soon from Los Angeles. Ava is a lonely, selfish girl, whose rambunctious behavior disturbs the tranquil life of Adam and Eve. Ava’s thoughtless actions force the couple to start a new chapter in their immortal life. 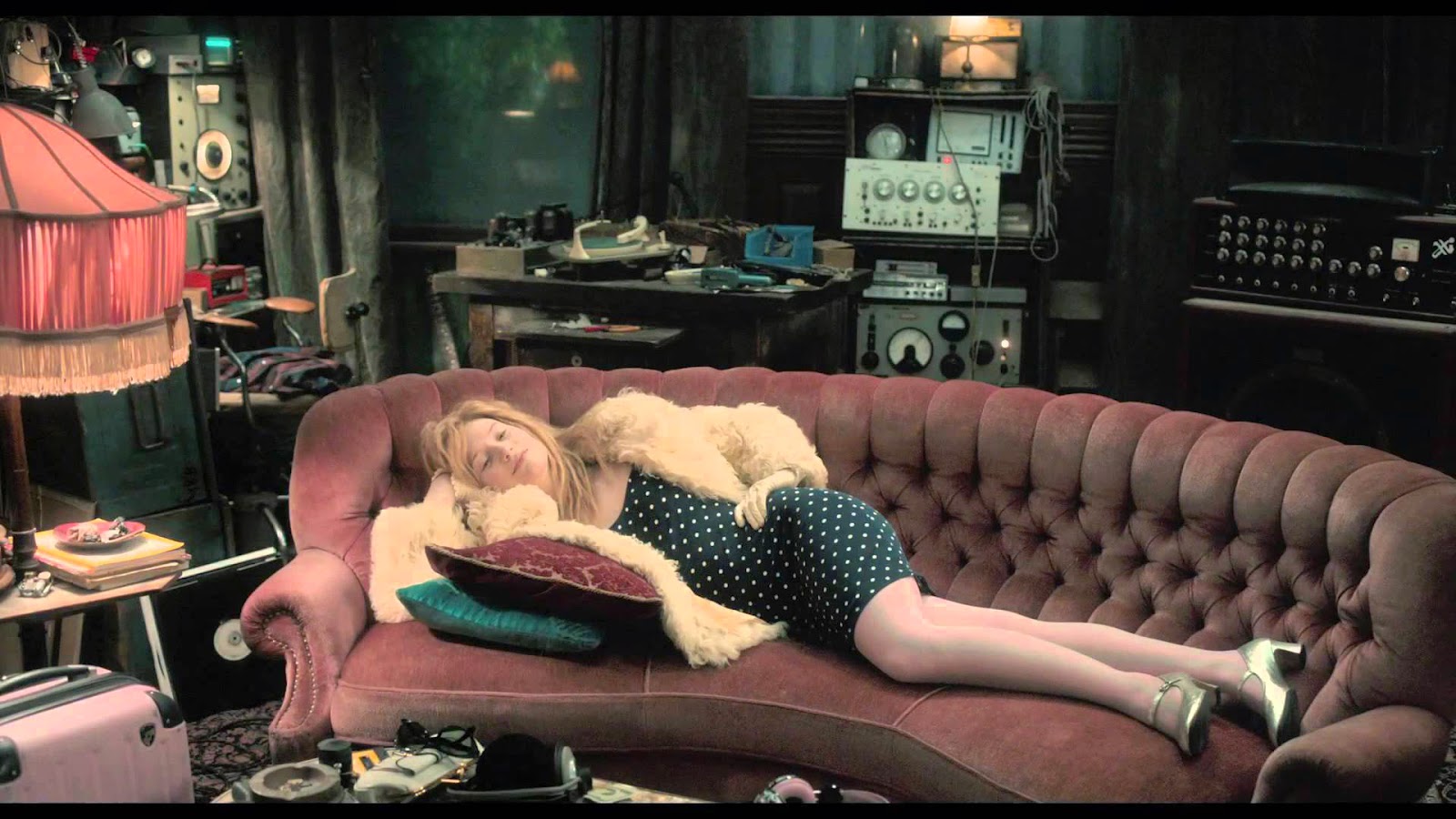 If you have followed Jarmusch’s movies from the beginning, you might easily figure out that the artistic taste of enigmatic, zoned-out Adam is similar to that of Jarmusch himself. He admiringly refers to the Western culture’s geniuses like Franz Kafka, Edgar Allan Poe, Joe Strummer, Albert Einstein, Nicolas Ray, Buster Keaton, Mark Twain etc. He defines them within the boundaries o f good taste. Jarmusch shows that the three primary characters are fighting an unconscious battle to defend the values of their vampire literati from the influences of zombified masses. This is not the first time, a Jarmusch movie character is talking about Tesla or Einstein, but in this film, the name references carry a dry humor because these characters have a first-hand acquaintance of these geniuses.

“Only Lovers Left Alive”, although thinly plotted, each frame is beautifully-lit and made with great care. The decaying mansions of the Detroit city provides a tribute to the city’s once great culture, and also bitterly reminds that everything around us will one day crumble or corrode. We know this is the personal take on an overworked vampire genre, but still his wise observations are not dismissible. He showcases the persisting differences between the masculine and feminine perceptions of the world: Adam is dejected by the arrogance and stupidity of the zombie humans, while Eve relishes the nature, art and joy of music and dancing. She sees a world that looks more beautiful even in its decline. 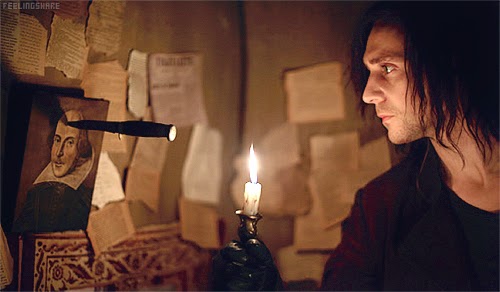 Hiddleston and Swinton embody the angst and subtle humor of Jarmusch’s characters. Hiddleston, with the look of a rock star, wonderfully wears the withdrawn emotion. Swinton, with her platinum-blonde hair, offers an emotionally tender performance that comes off as charming and aesthetically pure. Wasikowska, in a small role, might have enjoyed the opportunity of playing a girl with a naughty energy (who was usually type casted as innocent, virginal girl).

Jim Jarmusch’s “Only Lovers Left Alive” (123 minutes) has no dramatic urgency or surprising twists. It stays resilient and self-conscious, never hitting the vein of mainstream. It’s an elegiac poem, which says that the end of art culture is nigh.