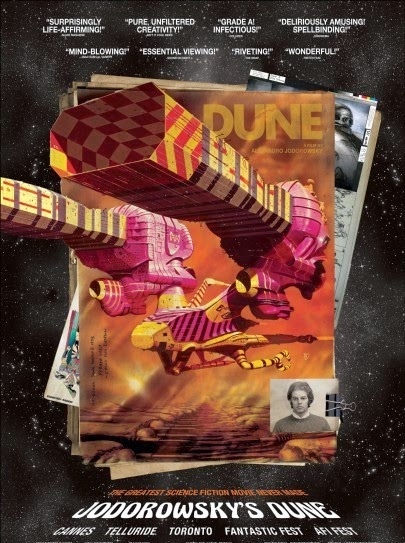 Dream movie projects that never made or dropped in the middle of production are the most tragic experience for a film-maker. Many genius film-makers like Stanley Kubrick, David Lean, Orson Welles etc have dreamed about making a magnum opus that failed on every stages of production. The documentary “Lost in La Mancha” disconsolately looked at Terry Gilliam’s repeatedly cursed project “The Man who Killed Don Quixote.” In that same vein, Frank Pavich’s documentary, “Jodorowsky’s Dune” (2013) recounts avant-garde Chilean film-maker Alejandro Jodorowsky’s mid-1970s quest to film Frank Herbert’s seminal sci-fi novel “Dune.”

In the early 1970’s, Jodorowsky was crowned as the king of cult-films. His pseudo- western “El Topo” (1970) and the tale of mystical alchemist “The Holy Mountain” (1973) took the viewers for a polarizing head trip and became underground hits in Europe. So, when producer Michael Seydoux asked him, what project would he like to do next, Jodorowsky immediately told about his plan to adapt “Dune” (even though he hadn’t read the book at that time). In series of interviews, the 85 year old Jodowrowsky enthusiastically recalls that his version of “Dune” might mimic the effects of LSD without requiring actual drug intake. The cult director envisioned his little insane dream before “Star Wars.” To achieve the dream, he sought out “spiritual warriors” – artists and special effects experts, who could comprehend his hallucinatory visions and bring them to life. 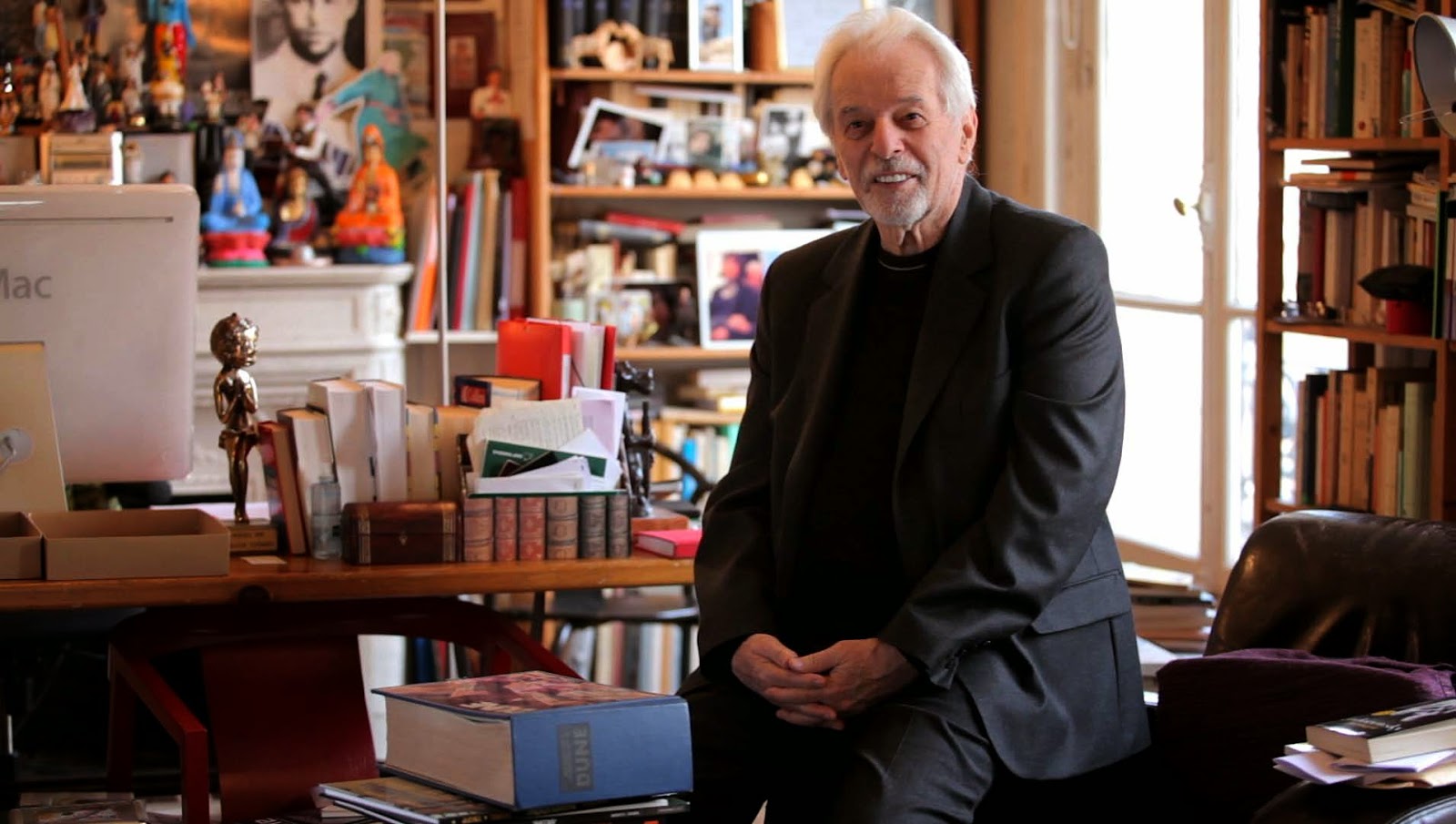 In the two years of pre-production, Jodorowsky traveled to Europe, US to bring together undiscovered artistic masterminds like DanO’Bannon, H.R. Giger, Jean “Moebius” Giraud and Chris Foss. Jodorowsky didn’t want the special-effects whiz Douglas Trumbull (“2001: A Space Odyssey”) because he didn’t believe that the whiz was spiritually sufficient.  Horror artist H.R. Giger (created the creature in “Alien”) and all the others later became sci-fi royalties in Hollywood. The elaborate storyboards envisioned by Jodorowsky and made by these fine artists were bound in a very huge book. Jodorowsky convinced the famous Pink Floyd band to make music and Mick Jagger to play a bad guy role. He even casted the trouble-making surrealist Salvador Dali for a cameo role (Dali demanded $100,000 per minute) and the erratic late 1970’s Orson Welles (the auteur agreed only when they hired his favorite chef to cook in the shoot).

Through the storyboards, Jodorowsky explains what his grandiose visions were. He wanted the movie to open with a single, long take (inspired by Orson Welles’ “Touch of Evil”) that would begin in the farthest of the galaxy and appear to track all the way down to ground level. He also illustrates the hero’s (Paul) conception with a shot that travels through the mother’s vagina. Jodorowsky’s script ends with a totally different ending from the one in the novel. Such visualizations and unbridled creativity for a big-budget film never went well with Hollywood executives of the 70’s. Near the end, director Pavich shows how the laid-back Jodorowsky suddenly gets angry, when thinking about all those rejections. The cult film-maker holds up a wad of money, and calls it ‘shit’, since the business-oriented mindset scuttled all his efforts. It clearly seems that, in the pre-CGI era, Hollywood was terrified to give a project to Jodorowsky, who had so much imagination and so little interest in dollars. Even if he is able to use today’s CGI technology, none of the big studios would allow him to realize these visions. 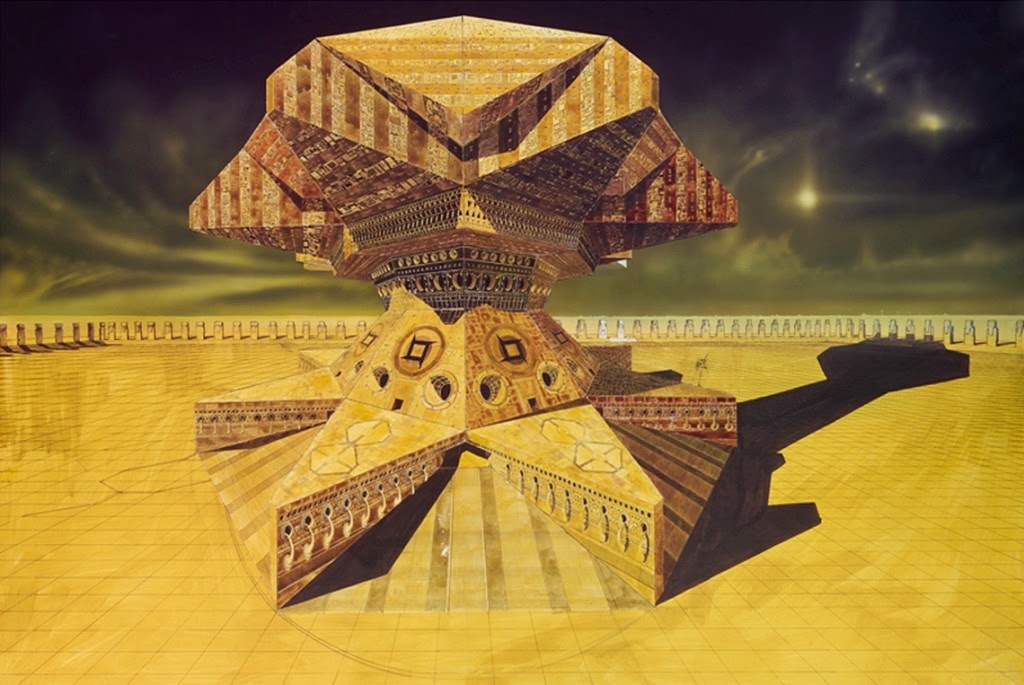 Pavich suggests that the closure of “Dune” project went on to influence powerful Hollywood sci-fi projects. The colossal illustrated screenplay made rounds around the Hollywood studios, and went on to make enduring mark on sci-fi genre. Pavich illustrates Jodorowsky’s influences that could be seen in movies like Alien, Flash Gordon, Raiders of Lost Ark, Star Wars, Contact, The Terminator 2, and Prometheus. Pavich’s documentary also bears witness to the aging cult film-maker egoistic words: “When you make a picture, you must not respect the novel. . . . I was raping Frank Herbert, but with love, with love.” Jodorowsky could also be blamed for fatally misunderstanding that cinema is only an art form, but not an industrial practice. 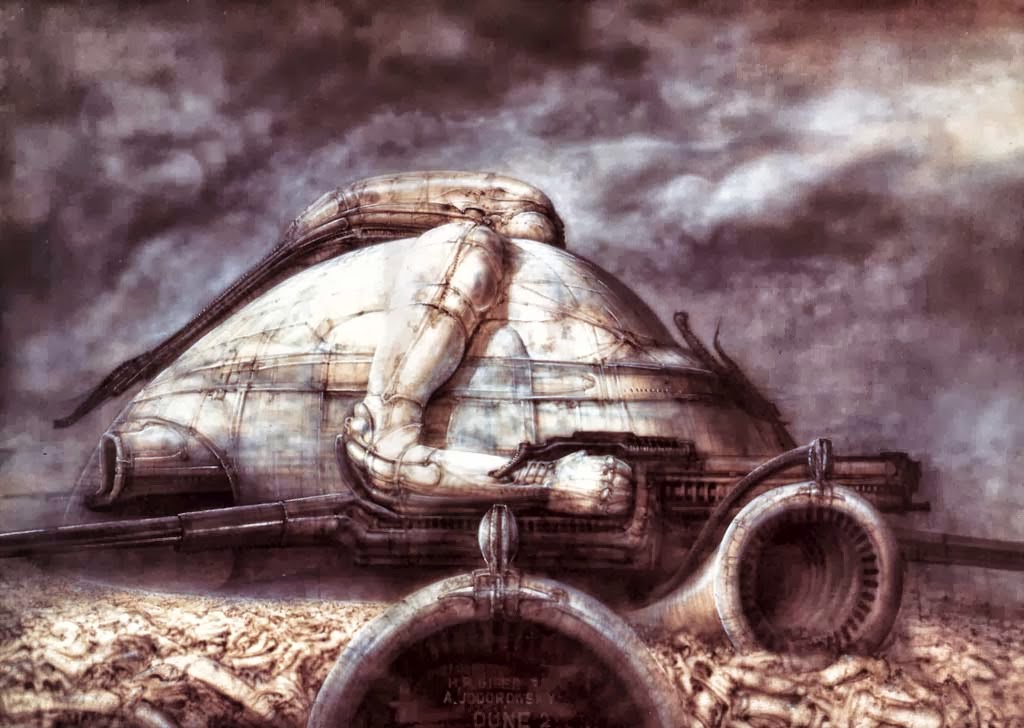 Jodorowsky enthusiastically cries in the end, imparting us with two fine messages: “Things come, you say yes. Things go away, you say yes”; “Have ambition! Be immortal!” “Jodorowsky’s Dune” (90 minutes) reminds us to bear a single-minded commitment, while pursuing a dream, and also to possess spiritual ability to face the unfulfilled dream. In the end, the important thing is ‘to create.’