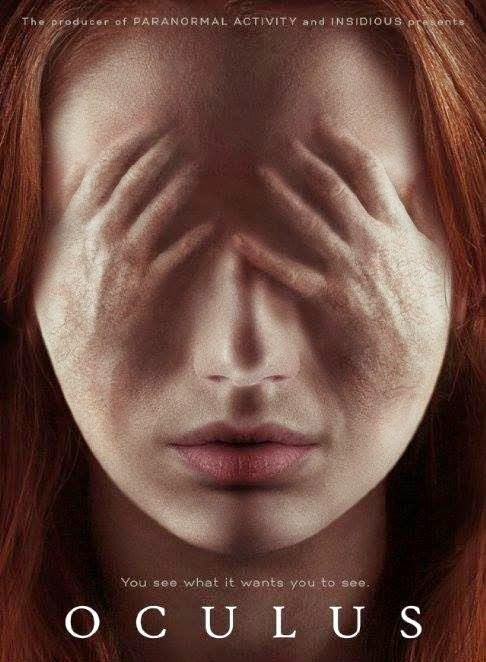 A copious amount of paranormal thrillers are produced in a year that is so predictable and rarely strays from the formula. Director Mike Flanagan’s “Oculus” (2014), although a derivative ghost story, conjures something truly haunting. It doesn’t exactly subvert the cliches of the genre, but it’s breath of fresh air, considering all those nauseating, shaky camera paranormal flicks. Expanding on his own award winning short, Flanagan uses a distinctive narrative to play tricks with the vagaries of perception and memory. The film is interested in real dramatic tension rather than forgettable jump scares.

“Oculus” begins in a dream. The dreamer is Tim (BrentonThwaites), who is recounting the recurring dream to his psychiatrist. Tim is in a mental institution for a crime he committed 11 years ago. Kaylie Russell (Karen Gillan), Tim’s sister grew up in a foster home after the death of her parents. Father Alan Russell (Rory Cochrane) tortured and killed mother Marie (Katee Sackhoff) in front of Kaylie and Tim. Tim shot his father. After his release from mental asylum, Kaylie seeks Tim’s help to destroy the ghastly thing in their old house – the “Lasser Glass”. Having been rehabilitated Tim wants to forget the whole thing and asks Kaylie to stop being delusional. But, they both go back to childhood home, where Kaylie has now set up a barrage of cameras and other state-of-art equipments to prove that there is an evil force, residing in the mirror. 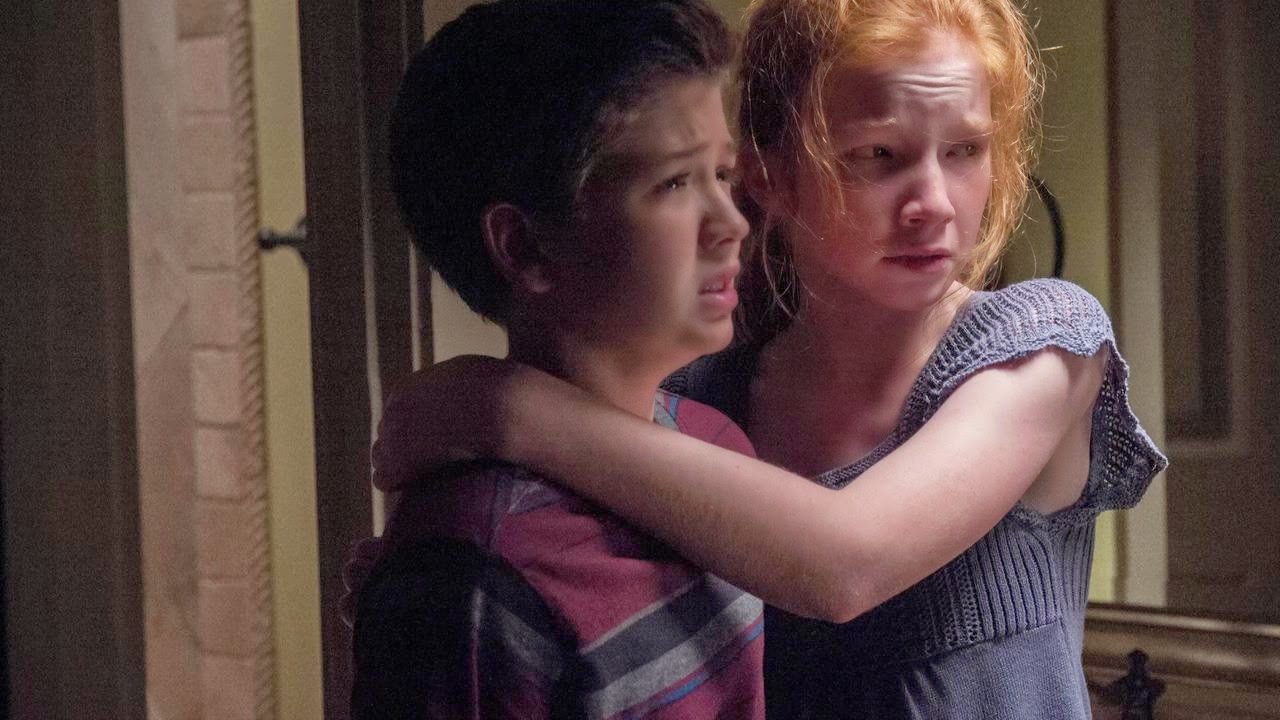 According to Kaylie’s meticulous research, the Lasser Glass has been around for centuries, even though she hasn’t traced its origin. The glass has driven all its owners to commit brutal homicides. Of course, they both just take a baseball bat or a golf club to shatter the mirror. But, it doesn’t work that way, because the mirror as a form of defense protection weaves elaborate hallucinations that twists the haunted’s perceptions. The narrative goes back and forth as we encounter flashbacks of what happened to the family a dozen years ago. As night wears on, the unfolding events remain uncertain to us as it is for the characters. 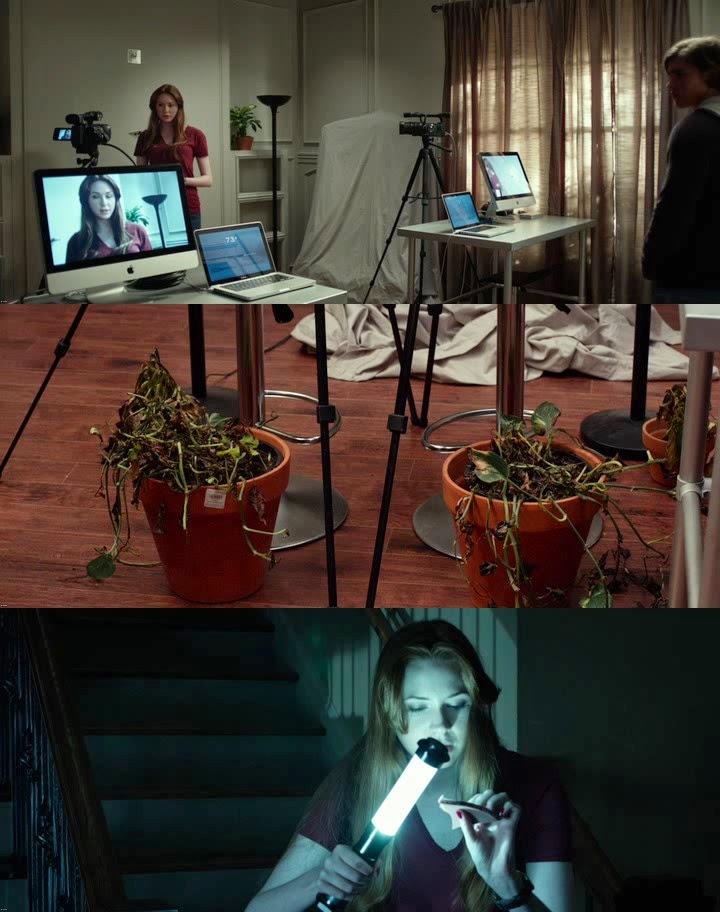 The back story is just a run-of-the-mill story that we have encountered in numerous cheap horror movies. But, Flanagan gradually and cleverly repackages it as a base for the characters’ drifting states of consciousness. The dubious back story is used to create subjective horror elements, rather than the ‘boo’ moments. At the first act, Tim’s voice of reason asks to Kaylie that what if the mirror is just a mirror and all the supernatural theories is just a method to prove against her father’s cruelty. He also points to their parents’ marital problems, father’s affair. These initial questions by Tim reinforce a psychological foundation in the film, which gives us reason to believe that these evil manifestations might be generated by the characters’ manifestations. However, Flanagan in the third act totally avoids this psychological phenomenon and professes that the mirror is the source of evil.

The mirror’s story might remind you any of Stephen King’s horror stories (Shining, 1408). The real and hallucination confusion is something Freddy Kreuger does to his victims. The booby trap, the array of ghost-hunting devices and using mirror as a conduit for evil forces are plot threads that are derived from various horror thrillers. But, Flanagan has remained original in designing the genuine, potent scares. Except for that shiny-eyed spirit, scare tactics mostly rely on subtle mind games, where Kaylie accidentally takes a big bite out of an electric bulb, thinking that it was an apple. There are no A-list actors in the cast, although the performances are uniformly remarkable. Thwaites offer enough incredulity to his character and Karen is different from a typical horror flick heroine.

As I mentioned earlier, there are good number of clichés: if you have seen many horror films, you could easily guess the fate of Kaylie’s bland boyfriend; you could guess who is gonna be the victim of a such a dangerous booby trap; and in modern-day ghost stories, you can never bet against the evil forces. However, “Oculus” (103 minutes) is a lot better than many movies that come with a label ‘horror’. It is unsettling and holds a viewers attention by keeping the suspense potent.