Departures -- A Life-Affirming Movie about Death 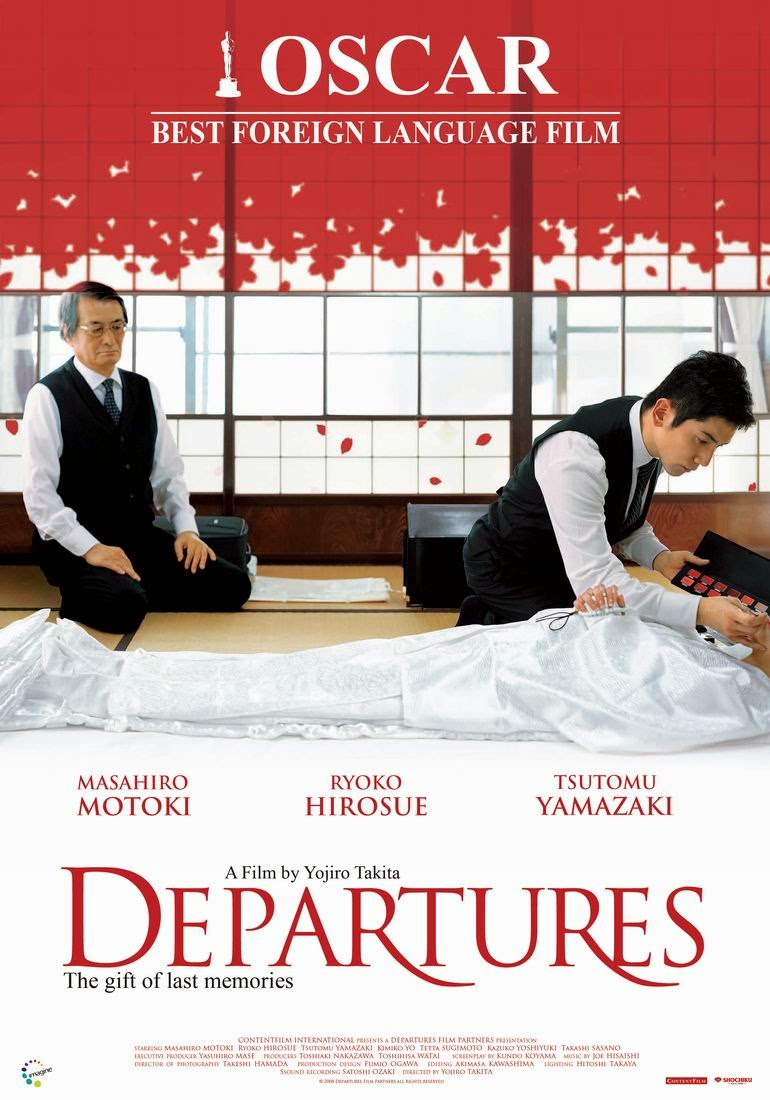 Yojiro Takita’s touching Japanese drama, “Departures” was the surprise winner of the 2008 Oscar for Best Foreign Language Film, trouncing the critical favorites such as “Waltz with Bashir” and “The Class”. This emotional art-house movie has enough eloquent moments to compensate for its sickly sweet sentimentality, and it also was a smash hit with moviegoers of all ages in Japan. “Departures” tells the story of a sensitive young cellist, who finds fulfillment in life by caring for the dead.

The movie starts with an encoffination ceremony, where Daigo Kobayashi (Masahiro Motoki) gently washes and dresses down the corpse, in the presence of the bereaved family. Daigo has always had an ambition to become a world-class cellist. He has been playing the instrument from his childhood. He works with a Tokyo Orchestra, which is suddenly disbanded because of the lack of audience. Now, in his thirties, Daigo decides to return to his dead mother's house, situated in a beautiful rural hometown. Daigo’s pliant wife, Mika (Ryoko Hisosue) cheerfully supports him. 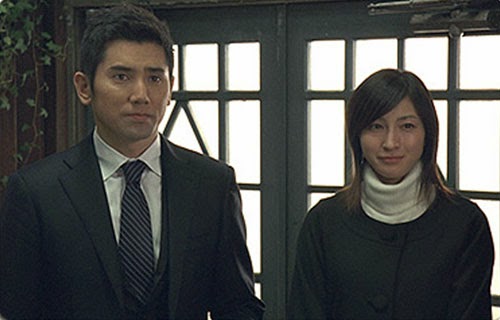 While pursuing for a new career, Daigo comes across an ad in the newspaper, which offers, “working with departures”. He arrives at the office, thinking that he is going to apply for a job in travel agency. But, to his dismay, Daigo learns there was a misprint in the ad. It must have been “The departed”. The cagey but caring owner, Sasaki (Tsutumo Yamazaki) says their business is ‘encoffinment’. They will be hired by undertakers to ceremonially wash and dress the deceased for their final journey. ‘It’s a niche market’ adds the lively secretary. Daigo is ready to run away from the place, but the boss thrust money into Daigo’s hands and suggests that he ought to try the job and decide for himself. 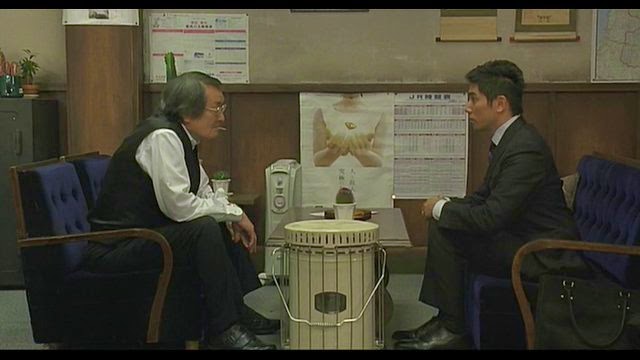 Daigo makes Mika believe that he got the job of tourist guide. Initially, he knows that he can’t stomach this job because Daigo have never seen a corpse (didn’t even attend his mother funeral). In the first day, he accompanies Sasaki to a theater, where Sasaki explains the steps of encoffinment to a TV crew. Daigo acts as the corpse. The next assignment takes them to a house, where the woman was laying dead for several days. Gradually, Daigo begins to finds some deeper meaning in these old rituals. He is oddly moved by the stories of the dead and by the gratitude of the mourning relatives. However, when Mika finds the tape, she returns to her family in Tokyo, and Daigo increasingly thinks about his father who abandoned him when he was a child.

In one scene, Daigo’s friend, Yamashita hassles and treats him as an untouchable. After discovering the truth, Mika calls him ‘unclean’ and asks him to take a ‘normal job'. Daigo replies, “Death is normal”. Like, in India, dealing with dead bodies was not just regarded as ‘unclean’. The caste system limited the job to particular people, and although it might be said that these caste division were things of the past, the prejudices only dies slowly. Still there is wide spread discrimination against people preparing bodies and these discrimination always extend to their families too. So, Director Takita and screenwriter Kundo Koyama have tried to make the viewers to empathize with Daigo, in order to make social statement. Many slapstick humorous moments, which looked distinctly odd, are mainly added for the purpose of engaging the viewers. Takita subverts our emotional expectations and veers it away, whenever the story could turn maudlin or offensive. There are quite a lot predictable elements in the film: The fate of Daigo’s abandoned father; the relationship between Daigo and Sasaki; Daigo’s friend, Yamashita hates him for his job and also has a old loving mother. We all know where these plot strands would end, but the graceful way these scenes unfold definitely resonates with us. 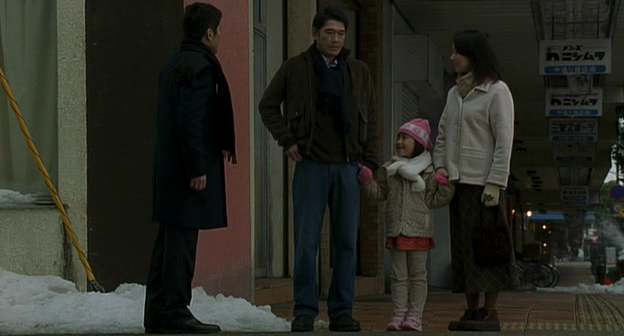 Couple of scenes stayed with me, earning the lump in the throat in a fair and square manner: Yamashita’s expressions as he watches the cremation of his mother, while Hirata (Takashi Sasano) – the worker at crematorium and a friend of Yamashita’s mother – contemplates over his emotionally difficult work; the other one was when Daigo energetically and soulfully plays the Cello. The cello pieces are heartbreakingly scored by Joe Hisaishi – Hayao Miyazaki’s favorite, regular composer. The liveliest performance in the movie belongs to Yamazaki. His energizing expressions save the movie from rank sentimentality and his relationship with Daigo forms as the heart of the film. 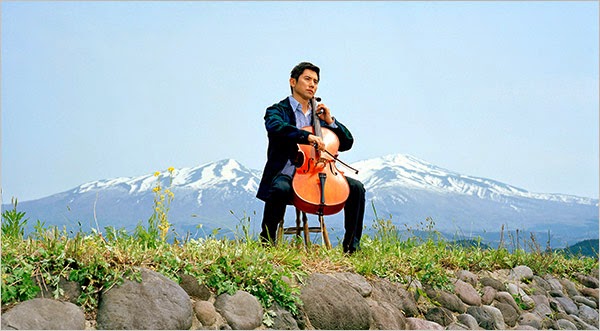 “Departures” (130 minutes) successfully deals with ‘Death’ -- a very hard theme to tackle in films, and that too for over two hours. It is sweetly old-fashioned and its high-minded intent is never lost through sentimentality.