Down by Law -- An Invigorating American Independent Cinema 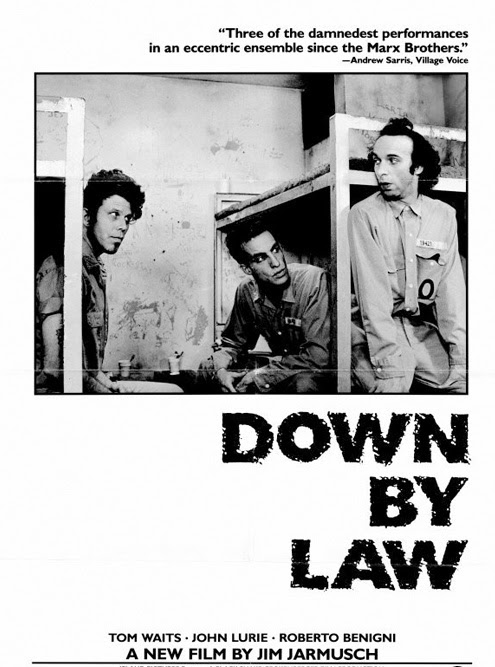 From “Stranger than Paradise” (1984) to “Only Lovers Left Alive” (2013), unconventional American film-maker Jim Jarmusch’ films have characters that drifts to different places, only to discover that every place looks the same. They encounter clock-work failures, besotted with irony, in an ever-changing futile backdrop. Nothing big happens in a Jarmusch movie, but his oeuvre gives us a window to observe the eccentricities of human behavior. Jarmusch has fully developed all his stylistic imprints in his third movie, “Down by Law” (1986). In this minimalist neo-noir comedy, the characters live in the moment, without any big plans for the future. The camera stays static and when it moves there are long, slow tracking shots. Those who are familiar and those who love the director’s restrained sense of cool, “Down by Law” might seem as a poetry; for others, it might be maddening.

The movie starts with a sidelong tracking shot, taking us through the deserted streets of New Orleans and occasionally observes few peoples, whose eyes look as vacant as the streets. In a low-rent district New Orleans called ‘Crescent City’, we first meet a pimp named Jack (John Lurie), who conducts his business in a less aggressive manner. Then, we observe an aspiring deejay Zack (Tom Waits), who is too much of a drifter. His girl friend Laurette (Ellen Barkin) in a rage of frustration kicks him into the street. Both of them are conned by foes, who toss them deals that are too good to be true. These ignorant and bored men are framed for crimes they didn’t commit: Jack for child molestation and Zack for a murder. 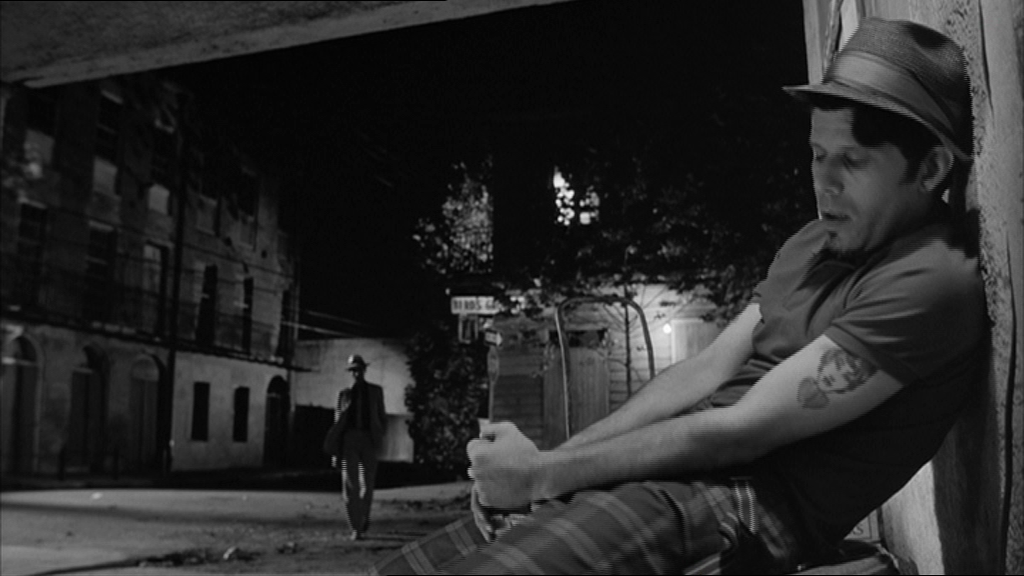 Jack and Zack wind up in the same cell in Orleans Parish Prison, where they remain indolent and mutually ignore one another. Zack marks days on the wall with thick chalk lines, and when hate wells up inside him, he fights it off with Jack. The setting gets more claustrophobic with the addition of a third cellmate named Bob (Roberto Benigini), an Italian immigrant with a limited grasp of English language. Of the trio, Bob is the one to have actually committed a crime. He murdered his assailant with a billiard ball. He quotes Robert Frost’s poems in Italian and is fond of Walt Whitman. The optimistic and cheerful Bob also knows about an escape route. 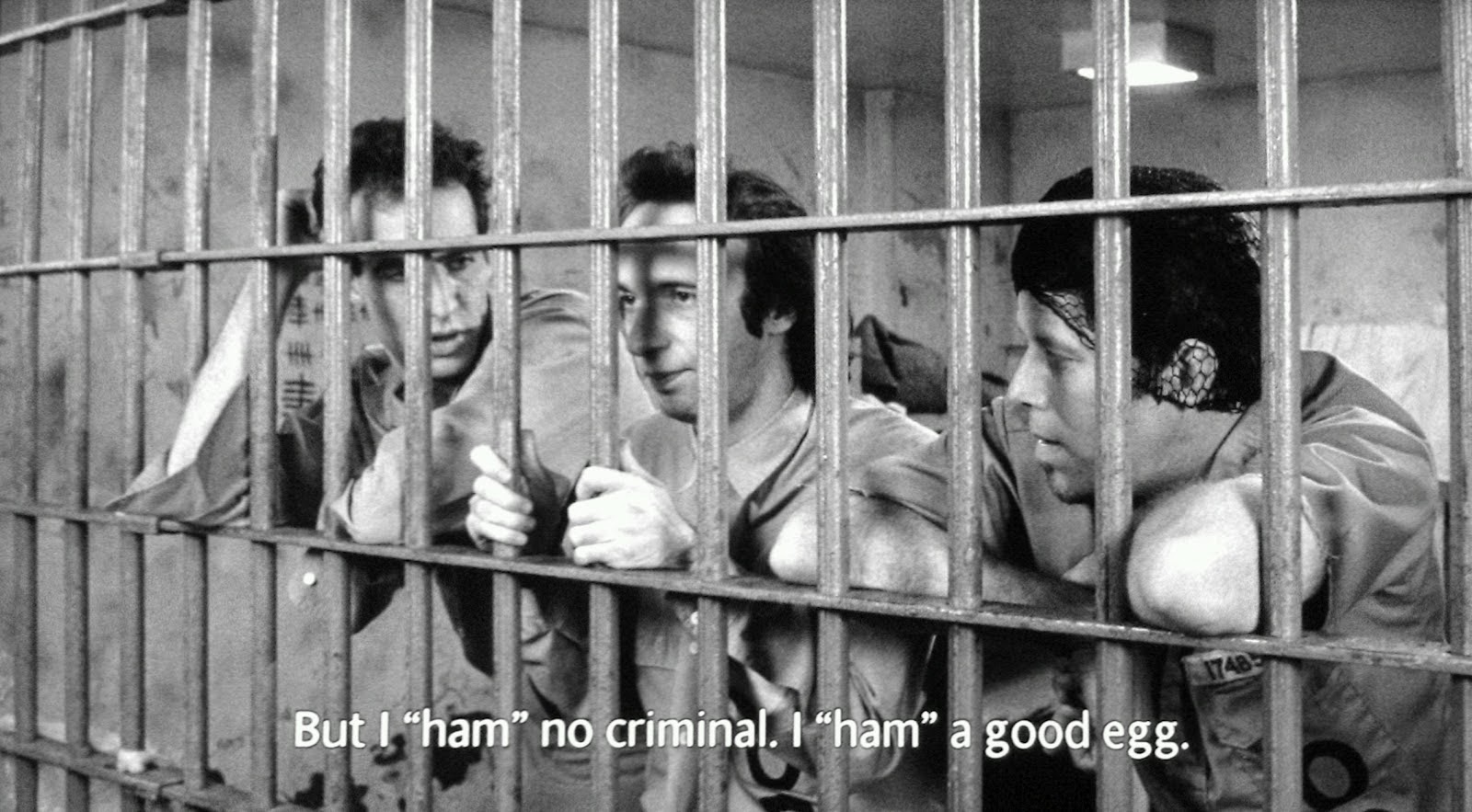 Narrative wise, “Down by Law” could show familiarity with “We’re No Angels”, “Escape from Alcatraz” etc, but tonally this movie stands apart from the common herd. Jim Jarmusch once said, “I’m interested in comedy in a new kind of context. Not just linguistic jokes or sight gags. But humor based on small life details.” Jarmusch achieves that kind of humor in this film. The stream of artificial scenarios creates laughs that emerge from deep within the activities of characters. We chuckle because we know how they are inside and so the gags arise from our own interpretations. The script and the acting mutually benefits from one another. Jarmusch usually writes script by having a preconceived idea about who the actor should be. So, the laid-back hippiness and cheerfulness perfectly fits the actors.

Waits, in his first movie role, plays a lovable loser. Lurie is a small-timer, full of bravado. They are unambitious Americans, who love to stray in the decaying industrial urban centers. They don’t believe in anything, when an angel-like Bob comes in to free the jail birds. In a Hollywood mainstream movie, only the opposite occurs: an optimistic American saves a constrained European or Asian. Jarmusch has perfectly used Benigini’s liveliness. As Bob, Benigini makes us forget all those contemptible performances. The arrival of his character opens up the cramped prison space. His chatty demeanor and comic timing are very sincere and endearing. Watch him delivering that humorous monologue about a rabbit-killing mother. 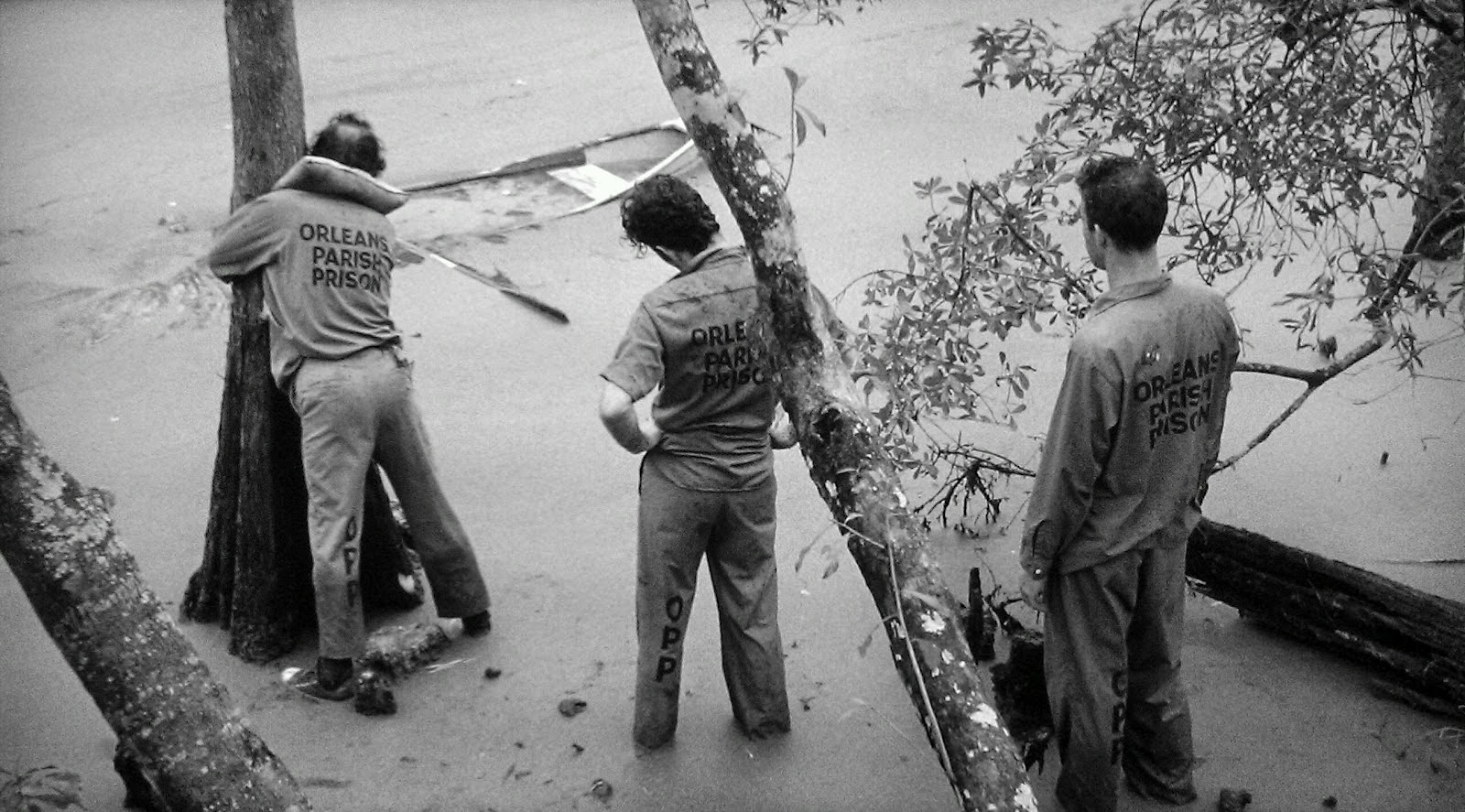 None of the plot threads in “Down by Law” is believable. One moment Bob is discussing about an escape route. The next moment, they climb down a rope, joyously running through the sewers. The law is never even close to them, although they circle around the swamps. In the woodlands of Louisiana, the trio stumble across an Italian restaurant ran by a comely Italian girl Nicoletta. The charming and naive girl becomes excited by Roberto's sunny confessions and asks him to stay with her. All these events are too good to believe, but the way it evolves feels very natural rather than scripted. The film also averts from the usual noir expectations – no gunshots, no last minute deaths. The immaculate black-and-white compositions of cinematographer Robert Muller (“Paris, Texas”, 1984) offers a provocative experience.

The multi-layered “Down by Law” (105 minutes) must be watched for its use of film language (definitely not as a prison-break drama). Along with Benigini’s bittersweet performance, the movie will slowly grow up on you.


Down by Law -- IMDb
at July 23, 2014
Email ThisBlogThis!Share to TwitterShare to FacebookShare to Pinterest
Labels: American Indie Films, Road Movie