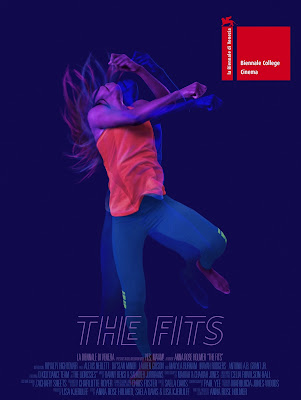 In Peter Weir’s enigmatic masterpiece “Picnic at Hanging Rock” (1975) and Carol Morley’s alluring drama “The Falling” (2014), the central subject has been some form of psychological outbreak (or mass hysteria) which has led to disappearance, fainting spell or seizure epidemic among adolescent girls. While these films brooded upon the mystery, it didn’t deliver any exact answers as the narrative treats the transcendental occurrence as an allegory for teen or preteen angst. Carol Morley in a long article in the ‘Guardian’ discusses what made her choose this particular subject. She explains how this bizarre event has actually happened/happening all over the world, the spell mostly experienced by young school girls.  The director of “The Falling” cites the book ‘Mass Hysteria in Schools’, which details the similar cases around the world since 1566. From a remote town school in Northern Colombia to schools in Belgium, and Japan, hysterical blackouts, fainting and seizures have been reported. Psychologists have flown down to these parts, while the water supplies to canteen’s coke machine are blamed as the primary causes. There was an even a British Medical Journal titled “Chronic Epidemic of Hysterical Blackouts in a Comprehensive School”. These episodes are now generally called as ‘mass psychogenic outbreaks’ and prominent psychologists call it: ‘part of human condition, which rises from need for a sense of belonging and connection’.

Are these behaviors, among girls approaching puberty is an escape from peer pressure or tensions of surrounding atmosphere? I mean a young, gifted girl is in constant negotiation with her identity and body. The young female is figuring out who are they & what they want as some form of opposing social context is pushed upon them. May be it’s best to allow the qualified people to provide an answer to this mystery, since I seem to ruminate on this subject in the most boring manner. Let me get to the reason I am writing this review. Former NYU film student Anna Ross Holmer’s “The Fits” (2015) is yet another distinct film that zeroes-in on the wave of out-of-body fits among an isolated group of young black females. Anna states that she stumbled upon the idea for this film when reading a book on medieval history, in which a long passage is devoted to convulsive fits that afflicted entire townships. Like the two movies, I have previously mentioned “The Fits” too doesn’t fit into the narrow label of ‘coming-of-age’. Part of the reason is that the film avoids the bear traps which come along with such themes. It could be seen as a nuanced study of the physical and emotional transitions experienced by an 11 year old girl. In its minimal 69 minute running time, “The Fits” keeps the grown-ups out of the frame (both in metaphorical and literal sense). The silent, brooding black faces of a pre-teen girl is at perfect focus, giving us a sense that we are not just peering at her face, but also at her perplexed search for inner identity. 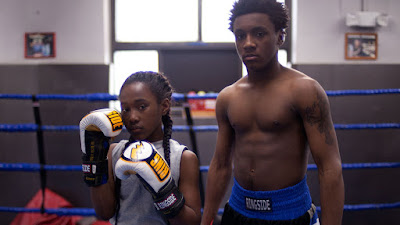 Right from the first frame, where Anna Ross Holmer’s 11 year old protagonist Toni (Royalty Hightower – what an apt name for a girl who offers a towering performance), practices her sit-ups, we witness an atmosphere that is cleanly demarcated by gender boundaries. Toni is in a boxing gym with her elder brother Maine (Da'Sean Minor). While not being a sparring partner for her brother, Toni peers through the glass window of another big hall in the school, opposite the gym. In that hall, the school’s all-girls dance team ‘Lionesses’ practice their rapid dance moves. Both sides involve physical self, although the dancing is more a group activity (“Stop thinking like an individual and start thinking like a team” says the dance coach) than showcasing individual bravado in boxing. Wearing a grey hoodie uniform of boxing gym, Toni watches in awe at rhythmic clapping and moves of few alpha females in the team. There’s a beautiful shot of Toni, slowly walking with grey hoodie covering her head in a narrow corridor, as other girls in glitzy dance suits run around her, showcasing her feelings of isolation. But, Toni isn’t bullied or ostracized as we usually see in films dealing with these subjects. Toni just doesn’t look like the girl who is into dancing. She strikes friendship with a energetic kid Bianca aka Beezy, who takes one look at Toni’s strong arms and shoots up a nickname ‘Guns’.

There’s no documentary-like portrait of the inner-city community. We hear Toni’s brother mentioning about their working mother (may be a single mom) and on other fleeting occasion, we hear that Beezy is with a foster mom. The entire narrative unfurls in the dressing rooms, dance halls, gyms, and in some dilapidated neighborhood areas that we don’t get a full sense of who Toni is or what she wants. By keeping away the adult or the atmosphere riddled with grown-ups, director Holmer is able to solely focus on the girl’s inner emotional issues. As Toni tries to be part of the tournaments-winning dance team, the first of epidemic seizures afflicts the Lionesses team’s captain ‘Legs’. Soon, the other leading dancers of the team fall into similar kind of spell. The hysterical outbreak actually makes the young girls to exhibit desire for experiencing such a spell and to be one of the pack.  This puts more burdens on Toni’s already pressurized feelings regarding self-identity. Of course, the premise doesn’t offer any answers (and even its questions are little opaque) or heighten the dramatic quotient to incorporate cliched ideas. Just sit calmly and peer at the walls that around Toni that create, reinforce, and caves in as she learns the ebb and flow of her new social world.

“The Fits” will be definitely disliked by those expecting a plot to be narrated than merely suggested. The abandonment of straightforward storytelling method to include series of evocative, transcendent images will test the patience of viewers, despite the scant running time. I do think that the script (by Saela Davis, Holmer & Lisa Kjerulff) is sometimes too elusive to become disengaging. But, for the most part I was enamored by cinematic poetry (especially the last fifteen minutes was visualized in a graceful manner) and by the unusually vibrant presence of Royal Hightower as Toni. The journey of Hightower who makes the baby steps in dance to evolve being a refined dancer serves as a parallel for her nuanced emotional turns. It is a treat to watch her stoically peering right back at us or when she fiercely jabs at empty spaces. The other marvelous female cast belongs to talented dancing outfit from Cincinnati known as ‘Q-Kidz Dance Team’. Cinematographer Paul Yee and director Holmer often places Toni in bare setting that offer perfect symmetry. The visual compositions are interested in capturing the movements, not just the dance moves, but also motions of girls running down the corridors or when the swarm of confused girls gathered around a girl writhing under a seizure spell. Fascinatingly, these movements don’t ogle on the girls’ physicality and even the dance movements are filmed in an elegant manner that’s missing in all those music videos. At the end of the film’s striking denouement sequence, the question that will linger is that what caused this weird epidemic. As I mentioned, there are no answers, but looking at the smiling face and flawless dance moves of Toni, we can understand how we all want a group to belong or be part of, however strange the ritual of passage is.

“The Fits” (72 minutes) is an idiosyncratic indie cinema that’s a pleasure to watch, even though the quaint narrative becomes increasingly opaque and inscrutable. The physical and emotional passage into puberty is dealt here with thoughtful visuals and very less words.