7 Boxes -- A Thriller with a Powerful Subtext 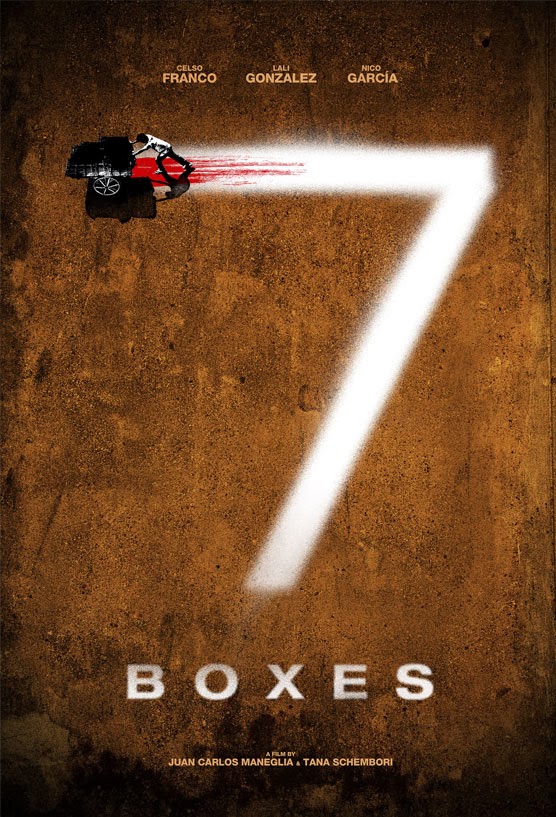 ‘Mistaken identity and plan gone awry’ – these were the famous narratives, constructed by the Master of suspense ‘Alfred Hitchcock.’ These suspense thrillers didn’t just feature soulless stories punctuated by money-grabbing effects. It had a powerful subtext, where all the themes traveled a full circle. ‘Wrong time, wrong place’ scenario of Hitchcock was used wonderfully in the recent Paraguay ‘chase’ movie, “7 Boxes” (2013). Some of the film’s energetic overtones take us within the Quentin Tarantino arena too. It has both the art house and Hollywood appeal. Directors Juan Carlos Maneglia and Tana Schembori have set the movie in a place, unknown to global viewers -- jam-packed, poverty- filled marketplace in Asuncion, Paraguay.

It is 2005 and 17 year old Victor (Celso Franco) catches his first glimpse of a cell phone featuring a camera. He seems fascinated by the idea watching his own self on video. Victor pictures of being a heartthrob on TV. He decides, no matter what, he must buy a cell phone. But, Victor is a wheel-barrow pusher and cell phones are very expensive in 2005. Paraguay’s Ascuncion marketplace is the central hub for trade in all manner of goods. Victor only earns a meager fee for hustling the wheelbarrow, full of goods, through heavy crowds. Victor’s world revolves around two girls: an enthusiastic, pushy friend Liz (Lali Gonzalez) and Sister Tamara (Nelly Davalos). Tamara works with her pregnant friend Leti (Katia Garcia) in the kitchen of a Chinese restaurant. Leti is ready to sell her camera cell phone for $100. The owner blabbers in Mandarin and his young son has a crush on Tamara. 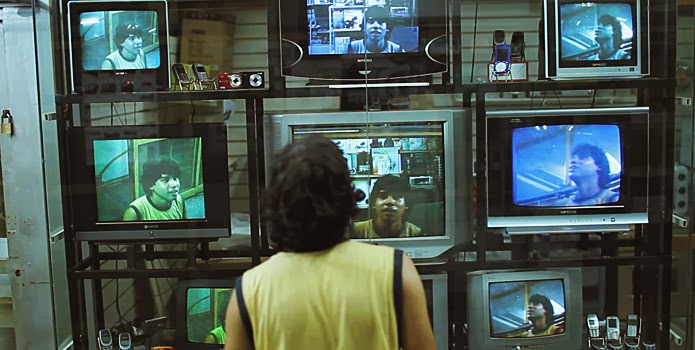 Victor, desperate for money, grabs an once-in-a-lifetime opportunity when it comes in the guise of Gus (Roberto Cardozo). Gus works in a butcher shop and the place is crawling with cops. Gus’ boss Dario (Paletita) wants to take seven mysterious, sealed boxes out of his butcher's shop. Gus chooses Victor and gives him a cell phone, asks him to keep pushing the boxes throughout the market until he gets information about destination place. The pay will be $100, if he didn’t get caught by police. Victor happily takes away the boxes, but a rival push carter Nelson (Victor Sosa) arrives at the scene. Dario often uses Nelson for this kind of job. After learning that the boxes were taken by some other boy, both Dario and Nelson gets enraged.  Nelson, who needs to pay for meds for his sick child pursues Victor, while Dario and his pal are afraid about the things that would happen if the box gets into the hands of police. What’s in the box? Soon, Victor sees what’s inside it and Nelson wrongly hears what’s inside, which makes varied group of people, crooks and cops alike, to intensely look for the boxes. 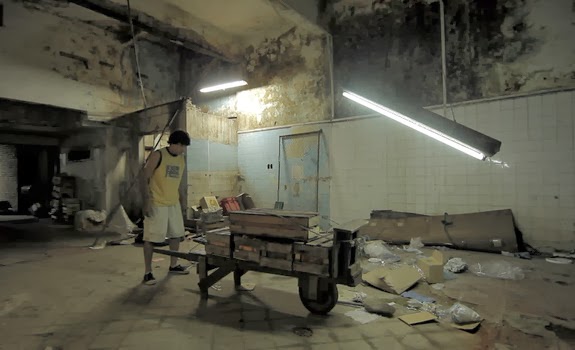 Time-lapse photography, long tracking shots through the mazes of shops, pulsating music, stylized camerawork and acrobatic stunts doesn’t upstage the human element of the story. Co-director/writer Magnelia’s script has enclosed top-notch thriller ingredients along with cohesive storytelling elements. Dark humor, social observation and affecting emotions are the additional parts of the script too. The Chinese restaurant subplot and characters like that of Liz seems pointless at first, but in the end, we could feel that everything is in there for a reason. There are some distractions in the name of comedy and the dialogues at times are pedestrian (may be the English subtitles are bad), but still the film surges, thanks to the surprises. 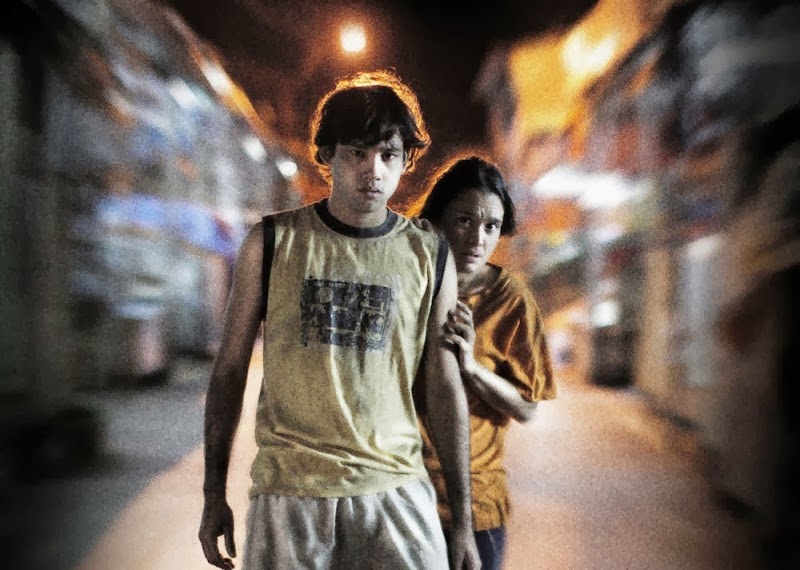 Even though the film is set in 2005, a pre-smart phone era, we could understand the boy’s manic fascination with gadgets. The film’s final referential scene and many of Victor’s antics stresses how we are all consumed or seduced by our own projected image. Nelson and his buddies mentality showcases how greed facilitates to form a misguided sense of opportunity that keeps the working class downtrodden. Victor pushing the wheelbarrow is itself can be viewed as a metaphor: the interests of various parties revolves like a wheel and at every corner hits back at Victor, who is pushing himself against all odds. The direction moves the story with a dizzying speed, making us recalling the spirit of “Run Lola Run.” They use Hollywood type of outrageous twists and black humor, but never forgets to demonstrate the South American poverty, where less fortunate souls are trying to make their lives a little brighter.

“7 Boxes” (105 minutes) uses a simple scenario to build a structured complex thriller. The twists, the terrific ensemble of actors (mostly first-timers) and a slick script make this film an excellent escapist fare.