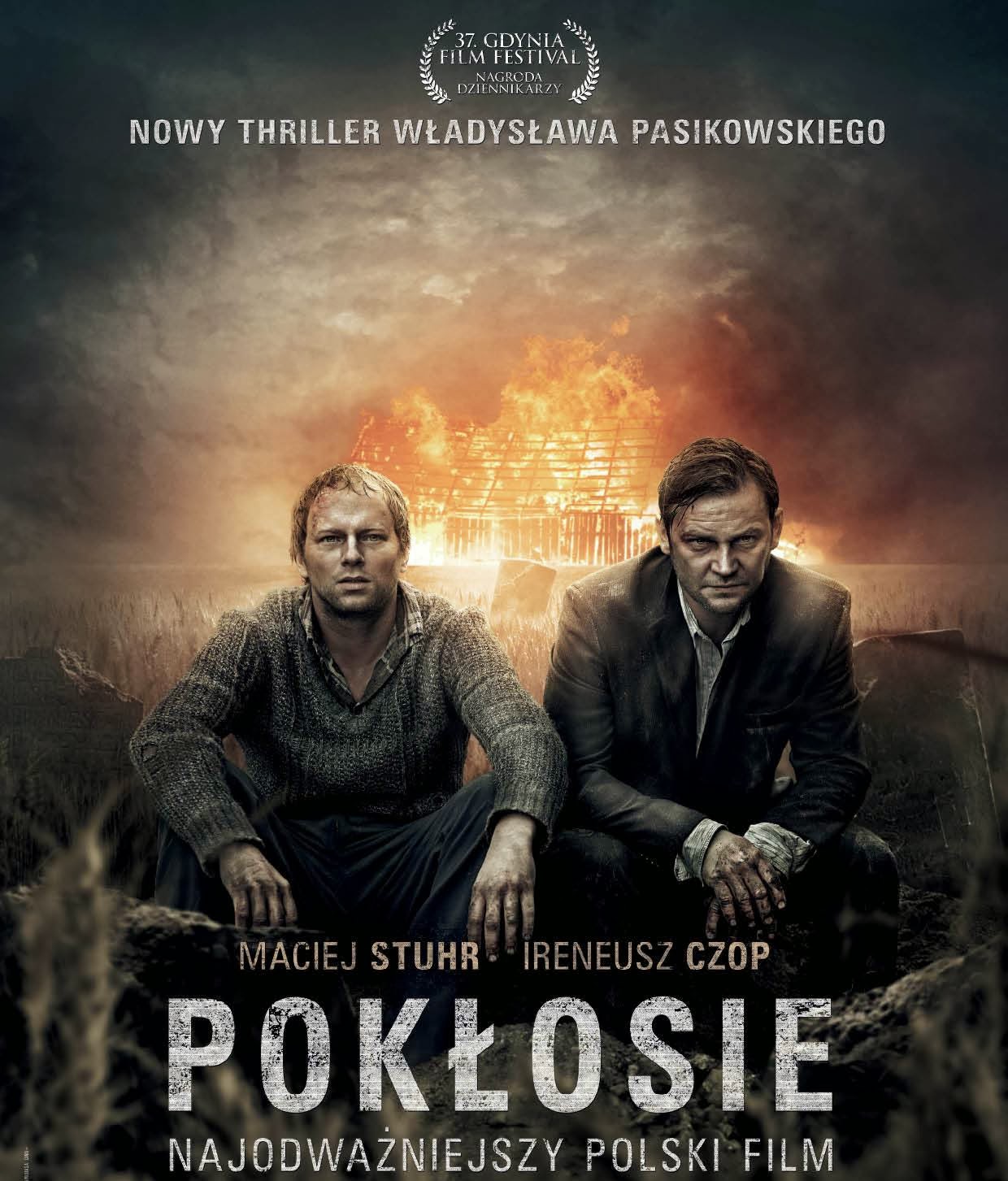 Jan T. Gross’s 200 book “Neighbors” is about the real life story of 1941 ruthless pogroms that took place in the Jewish-populated Jedwabne, in Poland. The mass murders detailed in the book unearthed the shameful past of Poland. Few years before the release of the book, a documentary titled ‘Shetl’ (1996) also talked about antisemitism, in which a Polish historian stumbles upon Jewish gravestones used to pave town roads. Both the book and documentary stirred controversies when it came out, forcing the Polish to confront their country long history of antisemitism. Władysław Pasikowski’s “Aftermath” (2012) takes all these real accounts and weaves a story that deals with the crime's present-day reverberations. However, this devastating historical fiction doesn’t have a single Jewish character on-screen. Its film-maker frames the Holocaust atrocities into the genre of quasi-horror film, without ever taking a polemic view.

Franciszek Kalina (Ireneusz Czop) returns from Chicago to his native place in Poland. The year is 2001 and he left the place in 1980, after getting disgusted with Poland government’s implementation of martial law. He was not happy in America, since he is bitter about running lowly asbestos work for for greedy ‘Yids.’ He is also not glad about being back. Franek hasn’t attended his parents' funerals, and the family farm has suffered in his absence. Now he hasn’t returned with regret. His only job there to visit his estranged younger brother, Josef (Maciej Stuhr), whose wife and children have left him behind in Poland and moved to Chicago. Franek finds that there’s been a great personality shift with Josef. His brother is treated with widespread hostility across the town. Some unknown perpetrators seem to have thrown a rock smashing his window, and was also confronted and beaten up at a bar. Franek finds these were the reasons for Josef wife’s resettlement. Josef is at first reluctant to explain the towns people’s hostility but eventually confesses about his mission to collect the town's Jewish gravestones. A recent flood reveals that the foundations of local roads are looted from a Jewish cemetery. Though he was not a Jewish, Josef couldn't stand the idea of the dead being disrespected in this way. He lugs most of the gravestones to his Wheat-field and reconstructs a symbolic graveyard. Threats escalate into more dangerous behavior as the villagers fear that their role in Jewish massacre will get uncovered.

Director Wladyslaw Pasikowski is mostly known for making thriller and war flicks. So, he turns “Aftermath” into a conventional thriller with plot points like naive stranger, suspicious locals and mysterious past. Certain mystery elements turn out to trappings that the film doesn’t need. He shows complexity in retelling the past events, but the townsfolk are only portrayed as mobsters screaming defamatory phrases. There is no nuanced character development, and only focuses on the murderous actions, which rallies a vision out of a cult horror film. Nonetheless, the film-makers have got one thing right: they have avoided Josef to be presented as a noble tragic figure. When Franek asks Josef to explain about his actions, he just says, "I kind of figured it wasn't right." The script has clearly made him as misguided guy, whose sudden obsession seems rooted more in narcissism than a affinity for the Jews. 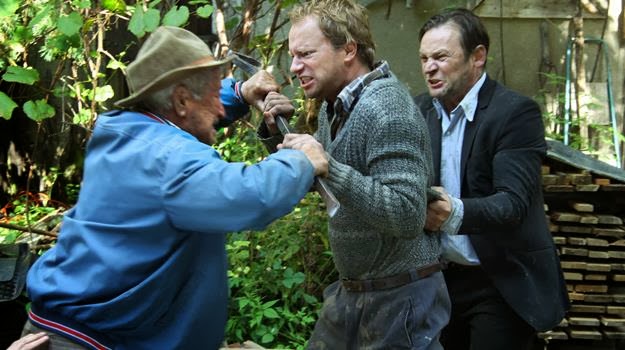 “Aftermath” is not a polite apology for mass killings. It is a part of that country's ongoing process of wrestling with its demons. If the film had overcome its clumsiest narrative device, it would have given us a more weighted account of Holocaust. Bust, still it’s a powerful historical lesson.