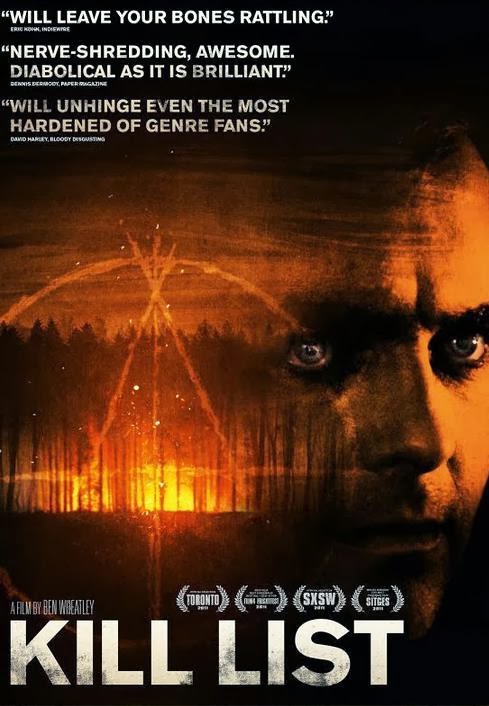 There are two kinds of horror movies: one that lays out a concise and neatly tailored ending; the other kind fascinate and frighten us ceaselessly without offering any explanations for the evil. The first kind would provide a popcorn entertainment; the second kind gets under your skin and leaves the reason behind the events on-screen, for you to decide. British director Ben Wheatley’s twisted piece of domestic drama, “Kill List” (2011) belongs to second kind. This ‘what-the-hell-just happened’, small-budgeted, unhurried nightmare of a movie might divide viewers, who might either feel that they have wasted their time or have seen a good Brit horror.

The economy has hit the bottom. Jay (Neil Maskell), aged 35, has been out of work for eight months. He is an ex-soldier having a breakdown and blowing all the family’s holiday money on a Jacuzzi. He drinks too much and has screaming matches with his Swedish wife, Shel (MyAnna Buring). Jay and Shel’s young son, Sam looks concerned about his parents’ disconnection. Another volatile fight ensues about the groceries which seem to come out of nowhere as they're hosting another couple for dinner. The couples are Gal (Michael Smiley) and his new girlfriend Fiona (Emma Fryer). The Irishman Gal is Jay’s best friend and looks dryly funny and relatively calm. The booze-fueled confrontations on the dinner table once again flare up Jay’s temper and the evening turns into a disaster. Later, Gal corners Jay with a business proposition. Except for Fiona’s strange little mark on a mirror, it just looks like a film about a dysfunctional family.

Slowly, the family crisis builds into something else as Jay and Gal accept the job. Actually, the two guys are former contract killers. Their last job in Kiev has gone wrong. Shel knows about her husband’s profession and wants him to take this job. Now a creepy old man (Struan Rodger) gives them three assassination contracts. The two men set out with professionalism and kill their first target easily: a priest. The priest before getting killed says, ‘Thank you.’ The second target is a librarian. In their target’s den, Jay and Gal find a cache of snuff films. The horrified Jay transforms into a moral avenger. He takes a hammer and bludgeons the librarian to death, then later goes on a crusade to kill everyone behind this abominable man. Gal feels that this has become more personal. From there, the plot takes a huge shift and things get stranger and make us ask what Jay and Gal have signed up for.

The atmosphere behind the movie makes it more than conventional scary film. Many might hate ‘Kill List’ for the lack of overall logic or for not tucking in every plot strand into place, but I felt that the surprise doesn’t quite come out of nowhere, since certain hints are strewn here and there. The cheap gores (hammer scene) and thrills (tunnel scene) works both and against the film. What’s impressive of Wheatley’s direction is that, despite all these cheapness, you could still feel the dread that the situation is lurching steadily beyond the control of its characters. “Kill List’s” main appeal lies in the way Wheatley fills it with details -- naturalistic banter between the partners; the surprising affectionate moments between Jay and Shel or Jay and Sam. 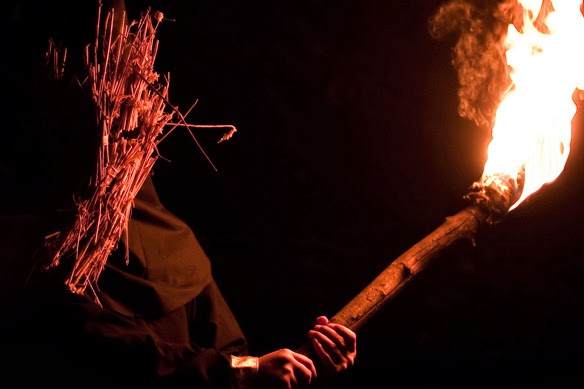 “The Wicker Man” territory in the third act might seem unbelievable but was audaciously pulled by the director. When it becomes from domestic melodrama to psychological horror, you could see the coherence between an unconventional script, intense cinematography and idiosyncratic editing. As Jay, Neil Maskell creates a convincing family man as well as a brutal killer. He carries the irony of his character that a ruthlessly efficient hit man also happens to be a henpecked husband.

“Kill List” is definitely not for the squeamish (as there are at least one or two ultra-violent moments). It leaves a big chunk of the horror story for you to figure out, which you can consider as this movie’s strength or weakness.